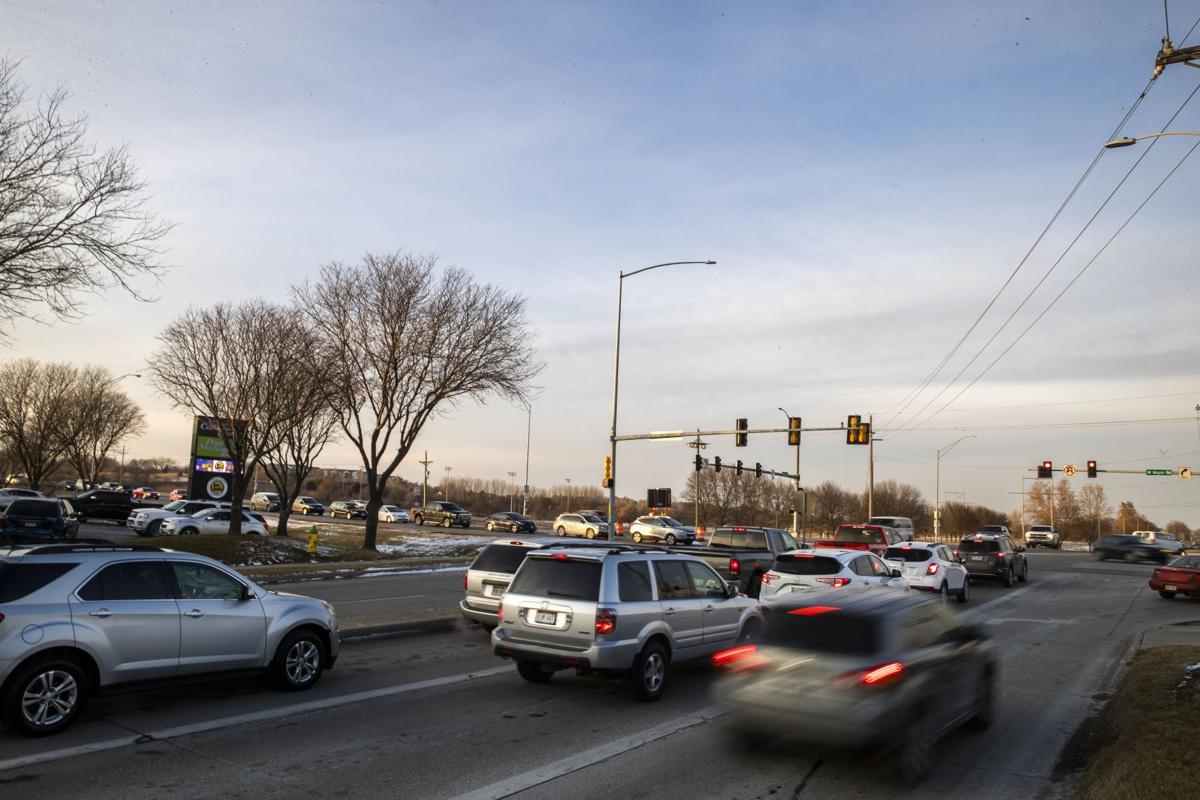 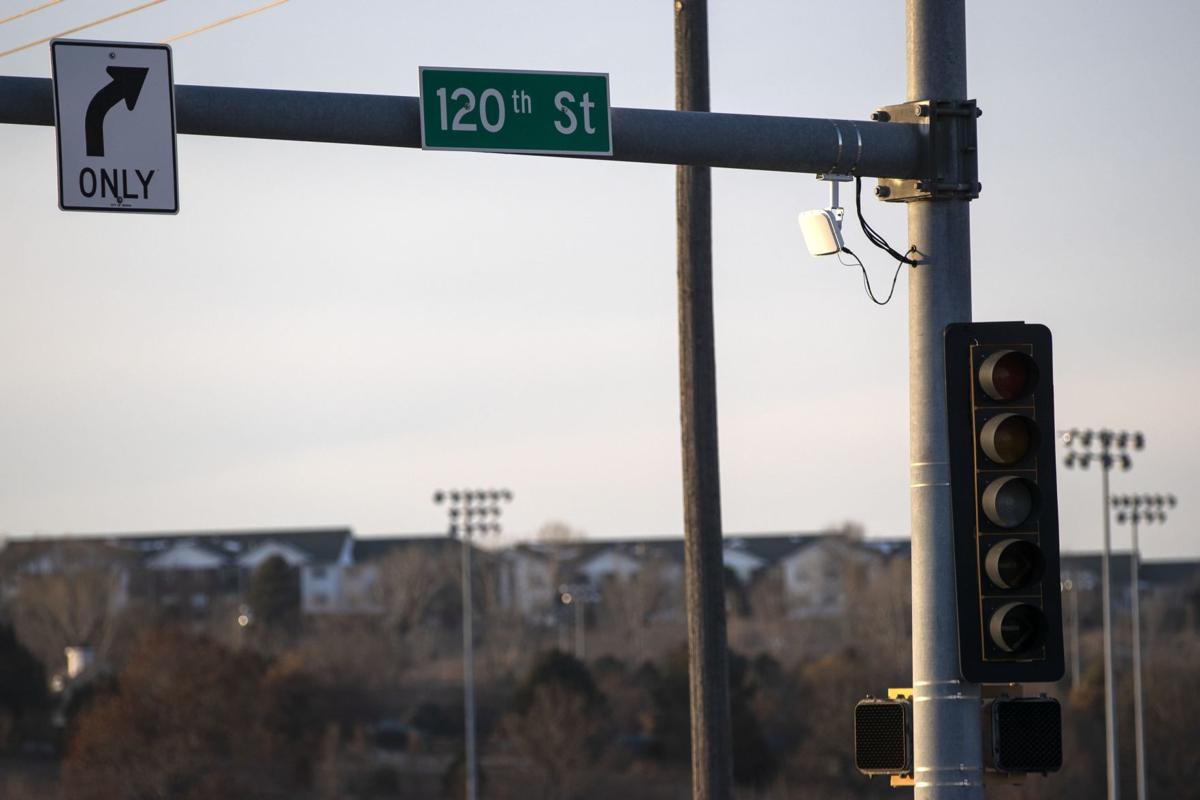 Work to rebuild more than a mile of 120th north and south of West Maple will make the stretch a consistent four-lane street with turn lanes and medians to block dangerous turning points. 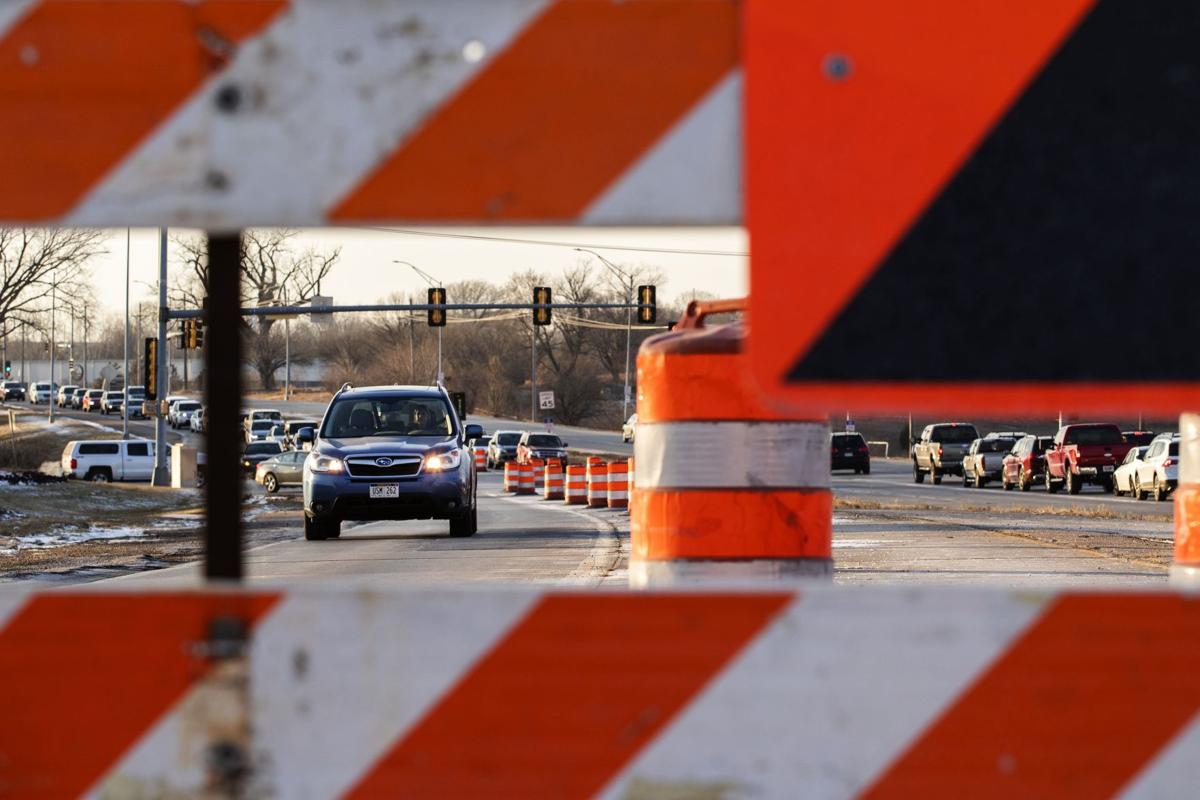 Construction on West Maple Road, with 120th Street in the background. Drivers heading south on 120th toward Mulhall’s Nursery must turn left across traffic, which can cause crashes. North of West Maple, 120th remains two lanes, which can create headaches for people going to soccer fields at Tranquility Park. 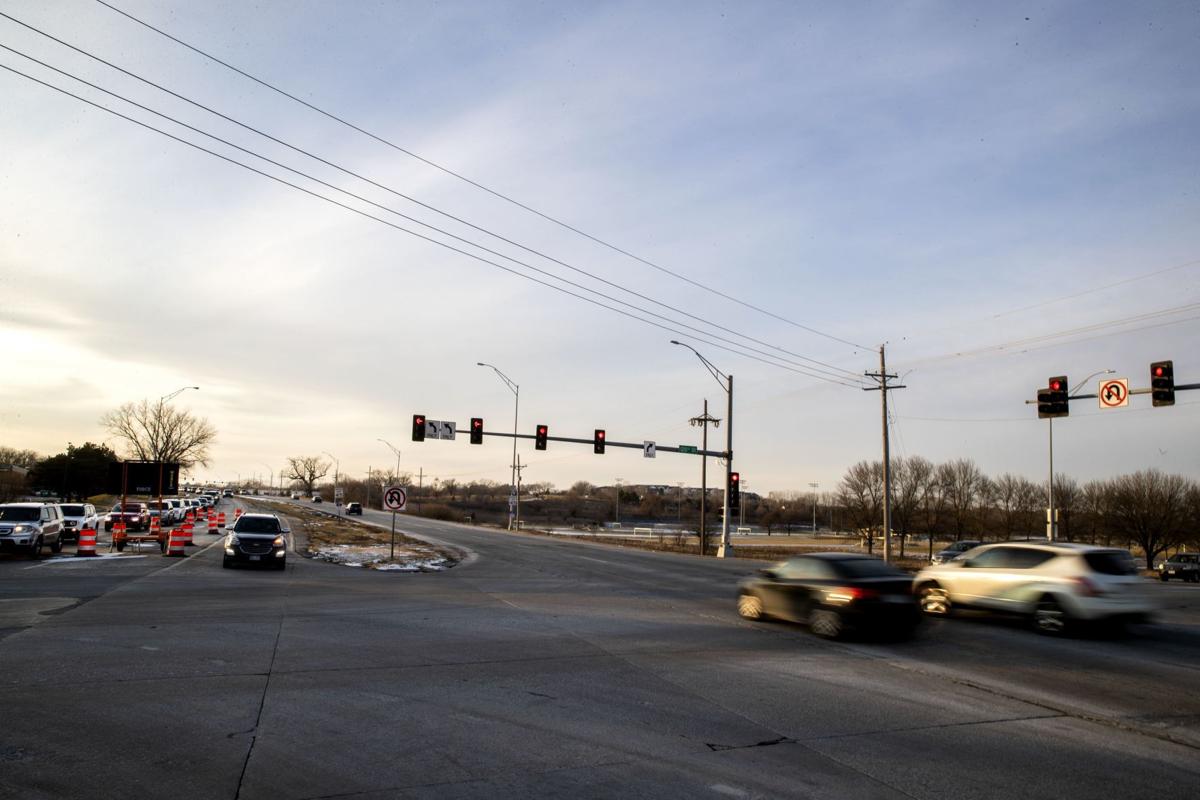 The intersection of 120th Street and West Maple Road. The city will be able to start the 120th Street project next year, three years sooner than planned, after receiving a $16.96 million federal grant.

Construction on West Maple Road, with 120th Street in the background. Drivers heading south on 120th toward Mulhall’s Nursery must turn left across traffic, which can cause crashes. North of West Maple, 120th remains two lanes, which can create headaches for people going to soccer fields at Tranquility Park.

It’s a familiar scene outside Mulhall’s Nursery in northwest Omaha.

As traffic backs up on 120th Street, a customer heading south toward Mulhall’s will need to turn left across traffic.

So a driver stuck going the other way on 120th Street will wave the other person across.

But then someone else in the next lane over doesn’t see this courtesy wave and the crossing car.

With crashes and traffic and frayed drivers adding up, the City of Omaha is moving forward with a plan to rebuild more than a mile of 120th Street north and south of West Maple Road.

In November, the U.S. Department of Transportation chose Omaha to receive a $16.96 million federal grant for the project — pushing up the construction timeline three years and allowing work to start next year.

The problems on 120th Street go beyond Mulhall’s.

North of Maple, 120th Street remains just two lanes in a part of Omaha that long ago went through a growth spurt.

The street can be a real headache for people driving to Tranquility Park, where traffic stalls quickly outside the busy soccer fields.

On top of that, there’s no good way to get to the park on foot or by bike.

All that will be addressed by the 120th Street project, which will run from Stonegate Drive to Fort Street.

“It’s such a chokepoint that people will be surprised once it is opened,” said Dan Mulhall of the Mulhall’s nursery family, whose properties bookend the project. “They’ll be wondering why we didn’t do it years ago.”

Even as northwest Omaha stretches to Bennington and Elkhorn, a fix for 120th Street has been stalled in planning.

In a letter supporting the federal grant application, Mayor Jean Stothert wrote that the project has been in the works for 15 years but has repeatedly been delayed by a lack of funding.

Gayle Sturdivant, the design division manager in Omaha’s Public Works Department, said the city will deal with two bridges in the project. To the north, the bridge over the Big Papio Creek will be replaced. To the south, a bridge over a smaller creek will be widened.

Throughout the stretch, 120th Street will become a consistent four-lane street with turn lanes, medians to block dangerous turning points and sidewalks. At the Big Papio Creek, a recreational trail will be built to run under 120th Street, eventually offering a connection to the Big Papio Trail.

The city will pay the $4.24 million not covered by the federal grant.

“It’s been a long time coming,” Sturdivant said of the project.

Youth soccer boosters are on board, too.

Casey Mann, executive director of the Nebraska State Soccer Association, said Tranquility Park has been the home of soccer in Omaha for years.

Soccer officials even have plans for a potential $40 million makeover of the complex.

But as the sport has grown in Omaha and at Tranquility Park, the streets have not kept up, Mann said.

Today, three of the park’s entrances are off the two-lane section of 120th Street — which can easily tie up traffic if one driver needs to turn.

“We’re some of the biggest fans of that project coming,” Mann said.

When the DOT announced Omaha’s grant, even Sen. Deb Fischer and Rep. Don Bacon applauded the project and the federal funding. Both had written letters in support of Omaha’s grant application.

Fischer, in a statement, said the grant will “make life easier for commuters and families by providing more capacity in an area where there is an increasing amount of traffic.”

Mulhall’s will lose two of its three access points to 120th Street. Some people might think that it’s silly for a business to give that up, Mulhall said.

But in the grant application, Mulhall wrote that customers have told the business that they “simply avoid coming to our store at times because of the traffic.”

Mulhall said the business ultimately hopes that people coming to a garden center will have a calming experience, and a safe intersection will help that.

Scooter pilot ends in Omaha after over 200,000 rides. City officials 'on the fence' about future

Mayor Jean Stothert says she's on the fence about the future of the new tech. This winter, officials will review data closely to gain insights into how the program worked.

Omaha must bite the bullet and complete the mid-town east/west freeway it thought about in the 1960's. The last vestiges of that 1960s idea were removed near Dodge St and I-480 just a year or so ago. I relocated to Lansing, MI a year ago. Lansing built I-496, a mid-town E/W freeway in the 1960s completing it in 1970. It draws the heavy "rush hour" traffic off city streets and traffic is tolerable. I lived in Omaha sixty years and watched the city grow and grow and traffic become intolerable. Omaha desperately needs a high capcity E/W freeway through the middle of town. Otherwise, this great city will choke on its own growth. I think Omahans would agree to a special city fuel tax to buy the land and build the much needed mid-town freeway.

George, I see exactly what you mean--and I remember wondering about that connector that was planned through the city parallel to Dodge and then was shut down. I agree that it would make things less congested as well. All true! And here's another facet of it: does Omaha need to continue expansion that you are referring to out west? There is a trend since the inception of that connector that planners didn't predict. It is the desire of the largest generation since the baby boomer to live less dependent on cars, more considerate of the environment, in more walkable, community-oriented settings that central Omaha has had historically and is currently reviving in amazing ways. Even their parents--the Boomers--agree. Life is better this way! Come visit Omaha and stand on the state property where that connector was cut off and look South East of there: condos, upscale and more affordable, values rising, new parks, events, shopping and entertainment. New rapid transit system (will commence in the Spring 2020). I would love to show you around. I think you will be happy that good has actually come out of what seemed like a bad idea of not continuing the dreamed-of freeway.

A federal grant will enable this project. What the artcle should say is the federal government is returning $17 million that the federal government got from us, the citizens of Nebraska. It is plain stupid for us to send money to Washington and then have to ask for some of our money back to us after they spend a bunch on laundering the money through a highly expensive and inefficient bloated government complex. We've got to get control of our money away from Washington and back to the states.