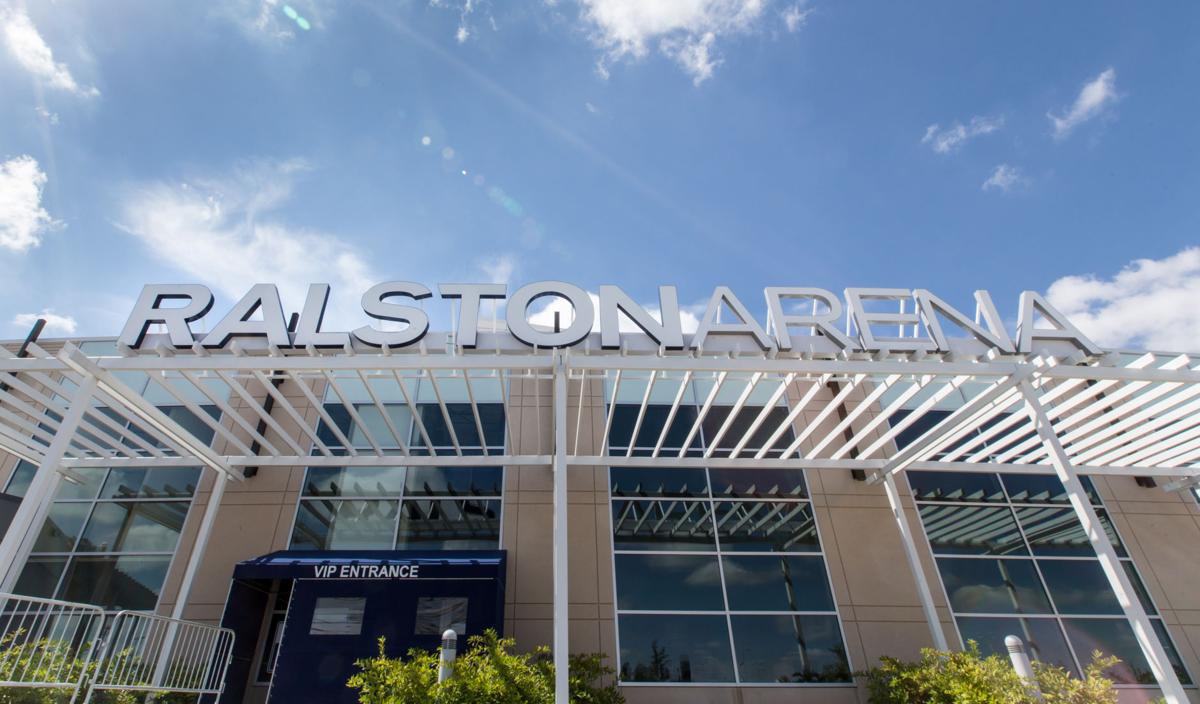 A recent financial report says Ralston could grapple with the arena’s debt for at least the next 15 years. 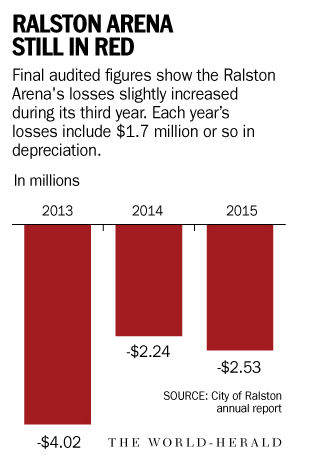 A recent financial report says Ralston could grapple with the arena’s debt for at least the next 15 years.

Ralston’s arena is on a path to better times, city leaders say, but recent numbers indicate that it did not make much headway last fiscal year.

That was up from $2.2 million lost the previous year.

The numbers underline the financial woes that prompted the city last fall to scramble for funds to cover the arena’s losses. The city raised property taxes, instituted a restaurant tax and made spending cuts across all departments. Then, in the most recent session of the Nebraska Legislature this spring, lawmakers offered Ralston a way to collect more tax revenue for the arena.

City leaders acknowledge that the 3½-year-old arena continued to see losses in the last fiscal year. But they say those numbers don’t tell the full picture and say they have made progress in righting the ship.

Going forward, Ralston officials aim to improve the arena’s finances by cutting operational deficits and by boosting the amount of turnback tax revenue from the state, which helps pay off the arena construction bonds.

Ralston Mayor Don Groesser said he’s particularly focused on the arena’s operating deficit. Arena operations in fiscal 2015 posted a deficit of $622,130 — slightly better than the $652,013 lost the previous year, according to the auditor’s report.

[Read more: How the Ralston Arena became a financial 'train wreck,' and dragged the city with it]

And last year’s operating deficit would have been half as much if not for a $319,000 bill left over from the arena’s construction.

Even so, he said, last fall’s tax increases and budget cuts have put the city on solid footing, and the city has no problem paying its bills.

The city raised its property tax rate by 4.3 percent, instituted a 2.5 cent restaurant tax and diverted lottery funds to meet the arena’s bond payments. City departments each were asked to cut spending 7 percent. Numbers showing the effect of those changes won’t be available for another year.

The arena’s operations are in the black so far this fiscal year, said its general manager, Stan Benis, although he cautioned that the coming summer months tend to be a “tough season.”

“I really feel we’re going to be in good shape,” he said.

Groesser said he hoped to break even on both arena operations and bond payments by the end of this fiscal year in September.

That didn’t happen last year: The arena had about $10.5 million in expenses for both operations and debt service. Meanwhile, it brought in about $5.5 million in revenue and $2.4 million from grants and other contributions, the report said. That produced a net deficit of $2.5 million.

That loss, Groesser said, is misleading because it includes $1.7 million in depreciation on the building, which is largely an accounting loss.

Ralston’s financial challenge last year arose partly because its annual bond payment jumped from $2.2 million to $3.3 million. It will remain at about that level for the next 15 years.

Groesser said the city is working to expand the turnback tax revenue, so that ultimately it covers the city’s entire annual bond payment.

The new arena-incentive law the Legislature passed allows Ralston Arena to benefit more from the turnback tax than before, giving the arena a portion of the sales tax revenue from retailers within a 600-yard radius.

Originally, the arena could claim that benefit only from businesses launched from two years before the arena opened to two years after.

Now the city will get turnback revenue from businesses that launch in the next four years, too.

“It doesn’t take a lot of new businesses to generate quite a large portion of our sales tax,” Groesser said.

As for reducing the operating losses, Benis said he thinks a new hire for the arena could help generate more revenue.

During the past few years, sponsorship money has fallen short of goals by $250,000 to $300,000 a year, he said. The new employee will work on selling naming rights.

Ticket sale revenue and the number of events, banquets and weddings all grew in the arena’s third year.

Banquets and weddings grew from 54 to 76.

The arena lost the Victory Fighting Championship in November and is replacing it with Dynasty Combat Sports boxing. The arena also is adding the Omaha Chargers NBLA professional basketball team.

How the Ralston Arena became a financial 'train wreck,' and dragged the city with it

As the extent of Ralston’s problems emerged last week, it became clear Ralston will face serious financial consequences for its decision to build the arena.

The Omaha Chargers are set to debut as a team on July 30 at the Knox Indy Pro Am. The first-year franchise is preparing for the inaugural National Basketball League of America season that starts in September.