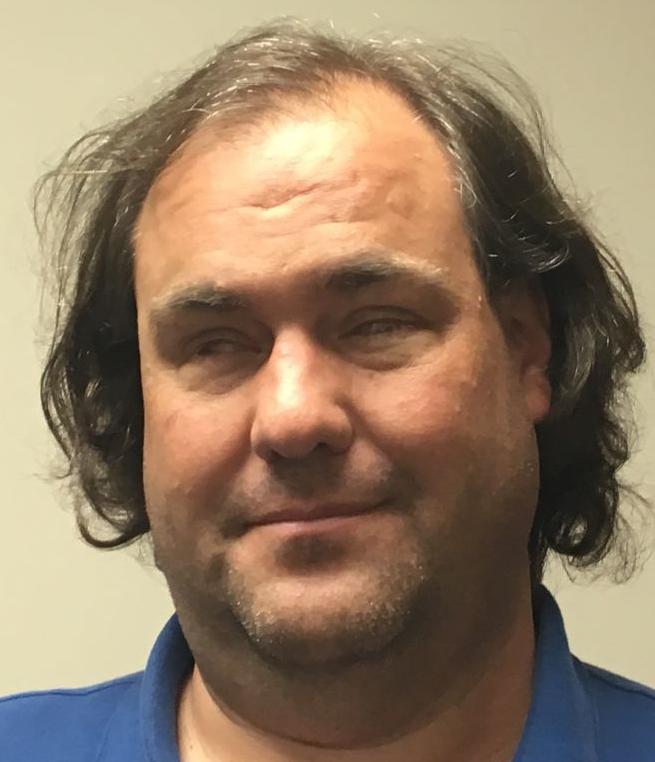 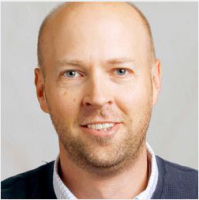 Then experienced the kindness of an angel.

He’d like you to understand a bit behind the terror.

And, after I asked readers to tell me about their concerns with getting around Omaha, he told me he’d like to send a message to the angel.

Back on an icy day in February 2018, Osentowski set out for work at Omaha’s Radio Talking Book Service. Osentowski — who is blind — slid coming out of his apartment complex, then fell on the ice as he went down his steps.

After gathering himself, he started walking down the middle of the complex’s roadway to his bus stop. It’s a difficult situation because there are no sidewalks throughout his apartment complex and spotty sidewalks, nonexistent at spots, along Burt Street in his area.

He tried to waddle slowly along but fell as he tried to cross Burt Street with a break in traffic. His cane fell out of his reach. Osentowski tried to get up, again and again, only to slam back onto his hands and knees.

What he assumes are his last thoughts fill his head.

Next thing he remembers, a woman asks, “Sir, you look like you’re having a hard time.”

“Yeah, thanks,” Osentowski says before the woman took his outstretched hand, gave him his cane and helped him to his stop.

The bus never showed that day, and Osentowski said he made it back to his apartment with help from another resident there.

A Nebraska native, Osentowski said he moved back from Denver in 2017. He knew public transit “sucked,” in his words. But he said he wasn’t prepared for the lack of sidewalks.

“In Denver, you can walk almost anywhere,” Osentowski wrote me. “Convenient to me in my neighborhood in Denver were all of the necessities; a bank, a grocery store, a vet for my cat, a post office, and at least half a dozen restaurants, bars and coffee shops.”

The absence of sidewalks, he said, has become an enormous problem in his life. He’s planning to move, maybe to someplace like Benson or an apartment complex with sidewalks, when his lease expires. He said he now realizes that he needs to ask specifically about sidewalks around his next living arrangement.

To the person he calls an angel in human form, he has this message:

Thank you to the kind soul who stopped and helped the struggling blind guy regain his feet on the cold winter morning of Feb. 19, 2018, at the intersection of Burt Street and North 94th Plaza. Thanks to you, I got to celebrate my 44th birthday this year. I apologize if I spoke rudely to you. God bless.

Since I asked for your feedback, I’ve received dozens of emails, and I’ve tried to respond to every one of you. I hope I’ve just started a conversation.

Everyone’s take is a little different about streets and streetcars, trails and bike lanes, cars and buses. Some of you want changes, or are skeptical about the changes others want. Some of you have questions about what’s going on in your neighborhood. One thing I appreciate: This topic matters to you and our community right now.

I’m going to try to answer your questions and write about what matters to you.

After I read Osentowski’s letter, I wanted you to understand the perspective of a blind man who simply wants to (safely) get from here to there, to experience our community. Osentowski first emailed me: “If I write you a letter, will you take the time to read it?”

Yes. Yes, I will. So once again, I invite you to reach out about these issues as you see them.

And if you happen to be Osentowski’s angel, I’ll try to connect you both.

A reader emailed to say: Riding a bicycle from the north end of Omaha by the Mormon Bridge to downtown, we really need a bicycle trail along Abbott Drive from Locust Street into downtown.

Surely we have that riverfront trail in place, right?

Let me take you way back. Back to 2003, when Omaha’s new convention center and arena was just opening and the city’s new riverfront redevelopment was taking shape. Back when The World-Herald’s own C. David Kotok wrote about the Omaha Airport Authority’s post-9/11 safety concerns pushing a riverfront trail off the Missouri River levee and Abbott Drive, where it would connect with downtown.

All these years later, that trail is still not finished.

Today, the trail comes south from the Mormon Bridge, runs along Abbott Drive but loses connection at Locust Street. North out of downtown, it goes until about Millers Landing. The gap is about a mile long.

“We’ve wanted to get this connection done for a long time,” said Brook Bench, the City of Omaha’s parks and recreation director.

Bench said the federal funding process and land acquisition have taken a long time. A City of Omaha update from May says drawings are 60% complete and environmental documents for the project remain in the works.

So when will construction happen? And when will the trail open?

Construction: Bench hopes later this summer or early fall. Open: Bench is cautious in saying some time in 2020.

Moorhead said Ames Avenue is a rough ride, even after the potholes have been filled. “I just don’t understand why some streets with less damage get fixed before Ames. Or is it the issue of being in a poorer neighborhood?”

City Councilman Ben Gray agrees that the street needs work. Asked to rate the street, Gray gives it a D.

But work is on the schedule.

Carrie Murphy, spokeswoman for Mayor Jean Stothert, said the street is tentatively scheduled for resurfacing in 2020. Some newer concrete panels west of Florence Boulevard will remain, she said. Ames Avenue from Fontenelle Boulevard to the North Freeway has already been resurfaced.

Downtown Omaha suddenly has several options for getting around during the CWS. Here's your guide

People will need to be extraordinarily vigilant about safety with new types of users on the streets, one advocate of active transportation says.