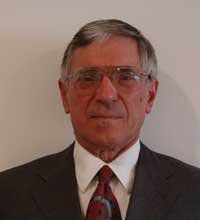 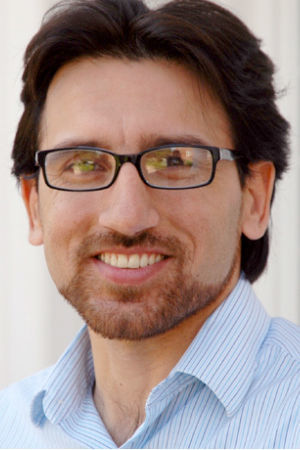 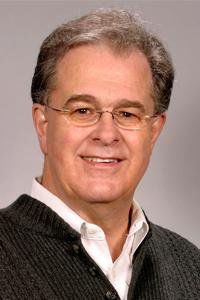 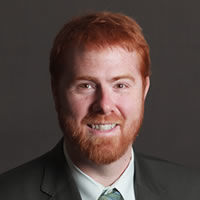 Area scholars conveyed concern Friday about the destabilization of the Middle East and precarious relations with Iran after the U.S. killed Iran’s top military leader.

The drone-attack killing of Gen. Qassem Soleimani in Baghdad provides short-term satisfaction for the U.S., said Kenneth Wise, a professor emeritus of political science and international relations at Creighton University.

Many supporters of President Donald Trump have heralded the act as justice against a vicious terrorist.

Further, the Trump administration has said it had evidence that Soleimani was about to order a strike against U.S. interests or those of its allies.

But for the long haul, Wise and some others said, killing Soleimani, who was an Iranian hero, endangers American interests and allies in the Middle East and further fractures U.S.-Iranian relations.

“Watch for the time and place that the Iranians will decide to respond,” said Wise, who worked as a consultant for a think tank in the United Arab Emirates from 2006 to 2013. “Because they will.”

Nobody doubted that Soleimani was responsible for the deaths of Americans and others as the architect of Iran-backed conflict in much of the Middle East.

Wise said Soleimani was second in authority and respect only to Iran’s supreme leader and equal to him in the eyes of some Iranians. Soleimani drew lots of American blood, which made him popular in Iran, Wise said.

Sher Jan Ahmadzai, director of the University of Nebraska at Omaha’s Center for Afghanistan Studies, said the rest of the world looks to the U.S. for leadership because of its economic and military clout.

“We have to be strategic in what we’re doing as a nation,” he said. “That does not mean that we should not take any action.”

Nevertheless, he said, it’s essential that American allies be part of the plan.

“Allies don’t want to be taken by surprise,” he said. In a world that is so connected, he said, American actions can have a profound effect on allies and vice versa.

When Trump pulled the U.S. out of a nuclear treaty with Iran and other nations, he signaled that he was willing to go it alone, some scholars said. Allies have remained tied to that treaty with Iran. By pulling out of the treaty, Ahmadzai said, the U.S. gave up a bargaining chip for diplomatic negotiations.

Tom Gouttierre, former dean of international studies and programs at UNO, said it would have been better to stay at the negotiating table for the nuclear arms treaty. Since the American withdrawal from the treaty, relations with Iran have become even more tenuous, he said.

Gouttierre said he hoped that the drone attack wasn’t as impulsive as it appears to have been. But Trump and Secretary of State Mike Pompeo have exhibited no long-term plan drafted on analysis and consultation with the intelligence community, he said.

“So I only hope that this doesn’t create an escalation of violent events in the Middle East,” he said.

Tyler R. White, an associate professor of political science at the University of Nebraska-Lincoln, said he had far more questions than answers on Friday.

It’s not clear, he said, whether allies were included in preparations for the attack.

And killing Soleimani wasn’t like killing another terrorist on the list, White said. Soleimani was an incredibly high-ranking government official.

“Frankly, it’s a surprising thing,” he said of the killing. “This could escalate into a war in the region.”

He said it’s too early to offer an opinion on whether this will prove positive or negative for American interests. What’s certain, he said, is that it is “a really big deal.”

Wise said he was sure that Iran would respond.

“They have a tremendous range of options,” he said, including strikes in Saudi Arabia, Bahrain, Yemen, Libya and other nations. Further, Iranian hackers were blamed for a cyberattack on Atlanta in 2018, he said, so that kind of strike can’t be ruled out.

As for the assertion that Soleimani was about to order another attack, Wise said the U.S. almost always has evidence of potential attacks. “The question is, how good is the intelligence?”

Wise said Trump’s unpredictability “has its utility if it’s a tactic serving a strategy.”

But if American allies have no idea what to expect, he said, it makes cooperation from them less likely. And that, Wise said, is not good.

The Pentagon said Thursday that the U.S. military killed Gen. Qassem Soleimani, the head of Iran’s elite Quds Force, at the direction of Presi…

A bunch of eggheads that disapprove of the Presidents actions. Color me surprised. /s

Yep. Don't want none of that knowledge or experience contaminating the purity of our ignorance.

And there it is - that well-known arrogance of a petty partisan hack. "I never left college and lived in the real world, therefore I'm smarter than everyone who did."

Yeah, what would somebody like Tom Guittierre know, fluent in Persian and having lived in that part of the world for years and studied it for many more years, compared to these Omaha Trump zealots who have probably never even left the States or read a relevant book?

We've listened to all that"knowledge and experience" for decades and we've been SO successful in dealing with people that want to destroy us. It's easy to pontificate when you are not the one charged with leading the country and protecting us from pure evil.

Betraying the Kurds, the best fighters against ISIS, is an example of ignoring people with knowledge.

Meanwhile North Korea's leader thumbs his nose at Trump, who naively thought Kim was his buddy just because they are both self-obsessed authoritarians.

Knowledgeable local experts use words like "impulsive," "unpredictability," "escalation." No surprise: Just how dumb do you have to be to elect a TV show host and failed businessman with a record of bankruptcies and stiffed contractors and hush-money to prostitutes, and think that he would know anything about International relations?

Clearly no one mourns the death of the terrorist, but with Trump's record about telling the truth and his frenzy to change the subject from impeachment, we have reason to be skeptical of Trump's motives for the action.

And the last time the Middle East was stable was when?

When? When Harun al Rashid reigned in Baghdad. But we can divide the modern Middle East's instability into phases, and certainly Bush's invasion of Iraq (not involved in 9-11) unleasheded greater instability. Toppling the Sunni minority (Saddam & the Baathists) left the Shiite majority looking to Shiite Iran for support in the chaos.

i find it interesting that when "the anointed one" had a "world leader", Osama bin Laden, killed he was hailed as a great hero and a patriot, but when our president had a known terrorist who was responsible for the deaths of 100's of our fellow citizens killed he is a political hack. There won't be another Benghazi on President trump's watch.

Really, you want to bring up Benghazi? Hilary was attacked mercilessly for it while the 13 Benghazis of George Bush were met with deafening silence, from the one on January 22, 2002 in Calcutta, when gunmen attacked the U.S. Consulate, killing five people, to the one on September 17, 2008 in Sana’a, Yemen, when terrorists attacked the U.S. Embassy, killing sixteen people. You could easily look up the rest of the 13 if facts mean anything to you.

Although we can all agree that OBL and Soleimani were despicable human beings, let’s make a distinction between the two. Soleimani was a member of the Iranian government while OBL was basically a free agent, representing no government. OBL was a name known to nearly every American, and associated directly with the WTC attacks. Before Friday how many Americans outside the intelligence agencies had ever heard of Soleimani or could name any attack on American interests for which he had been responsible? That’s probably why Obama was praised for getting OBL while Trump has received criticism for assassinating a government official, and potentially inviting more violence and instability in an already volatile region. Obama acted in concert with allies and congressional leaders, demonstrated knowledge and understanding of the politics of the region, and therefore engendered trust. Trump, on the other hand, an avowed non-reader, has none of those qualities, has alienated our allies, and therefore cannot be trusted that he knows what he is doing. Is it any wonder that public reaction had been different?

Yeah, it’s frustrating that Trump’s supporters won’t think any deeper than the short term, or the immediate result. But given the example they have it’s no wonder. Maybe they need to loosen the headbands of those MAGA hats.