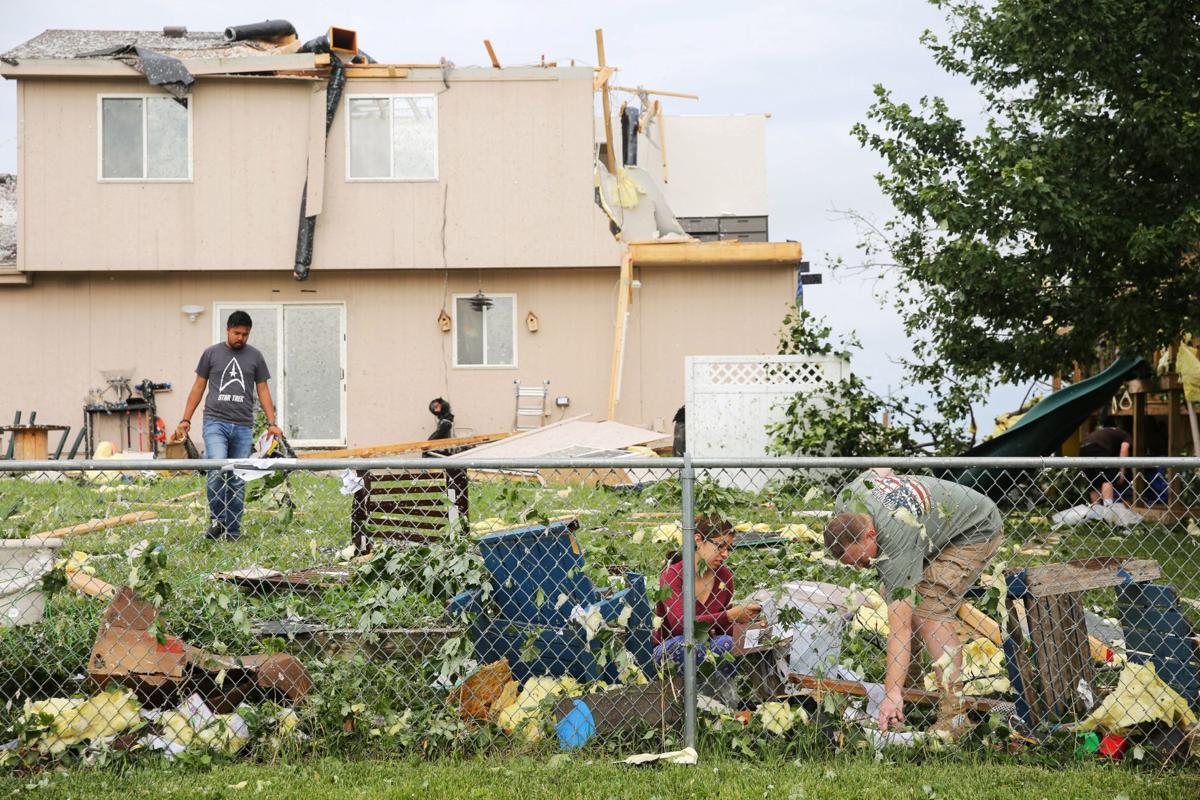 From left, Chris Le, his wife, Leslie, and neighbor Mike Trunick work to clean up the Le home in the Two Springs neighborhood in Bellevue on June 17, 2017. 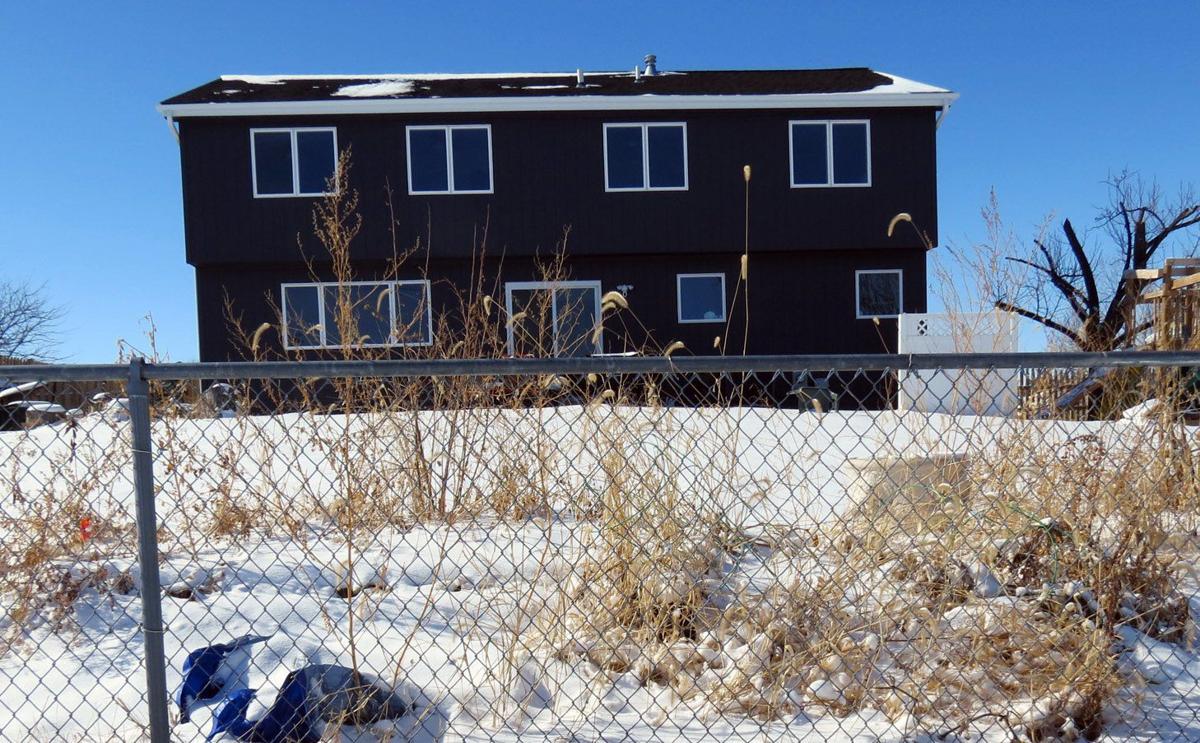 The Le family moved into their second home — this one brand new — eight months after an EF-2 tornado destroyed their former home on the same site. The city condemned that residence a day after the tornado. 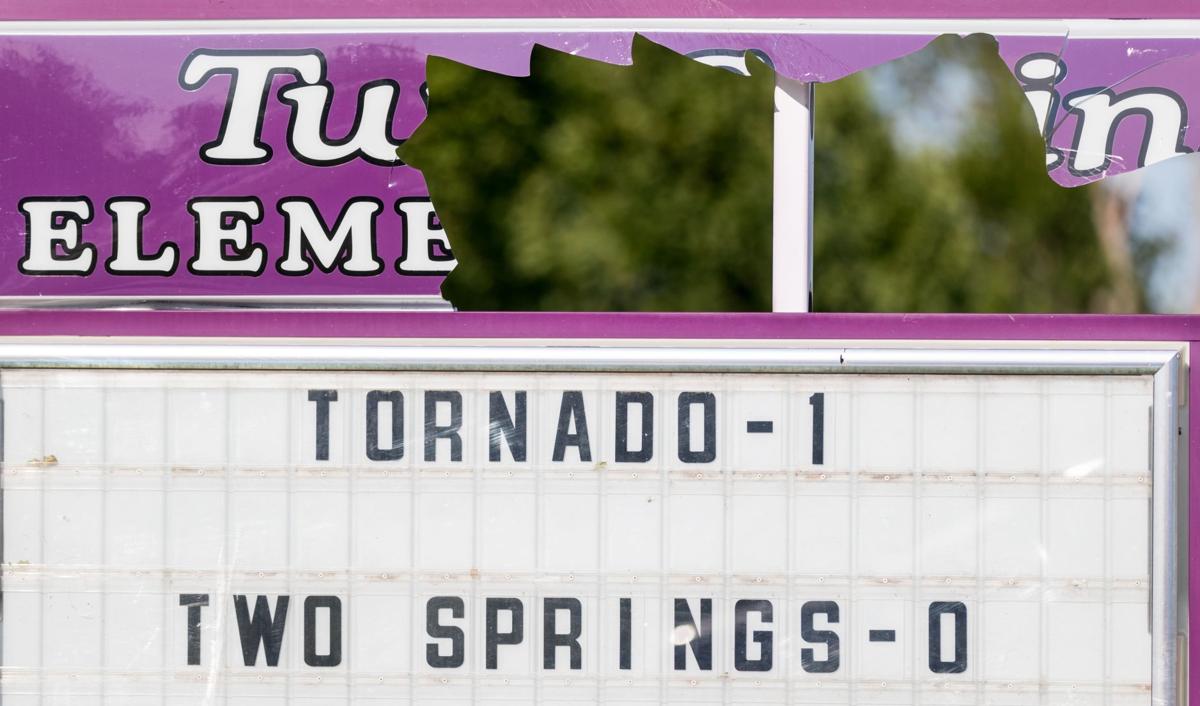 The sign outside the Two Springs Elementary in Bellevue after the tornado. 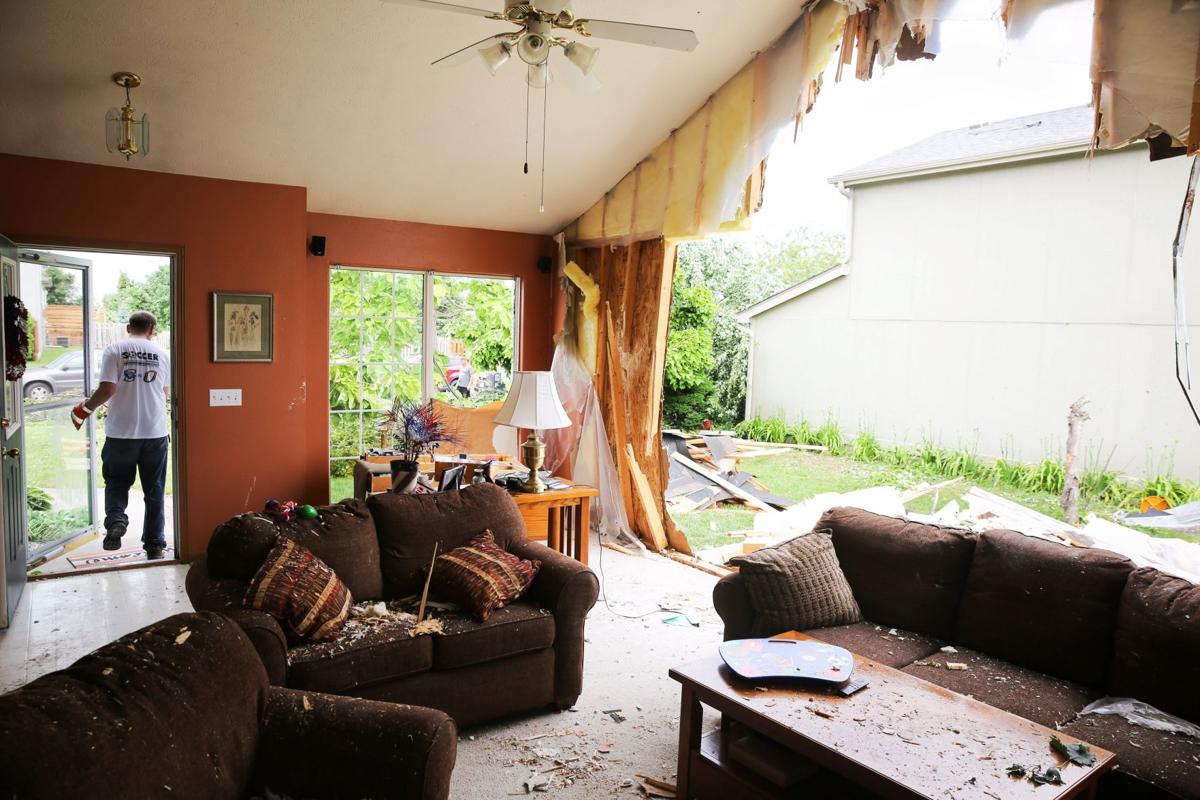 The Carroll and Tim Ramsell home in the Two Springs neighborhood after the tornado. 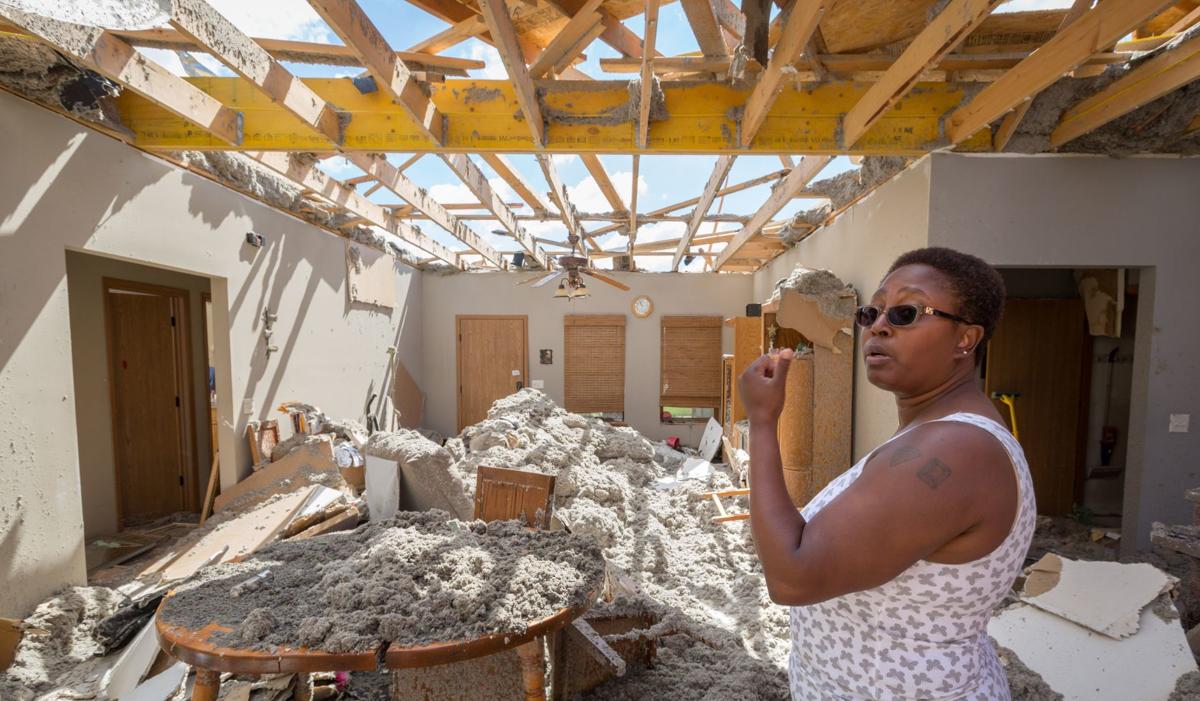 Camille McNeill inside her Hyda Hills neighborhood home after the tornado.

From left, Chris Le, his wife, Leslie, and neighbor Mike Trunick work to clean up the Le home in the Two Springs neighborhood in Bellevue on June 17, 2017.

The Le family moved into their second home — this one brand new — eight months after an EF-2 tornado destroyed their former home on the same site. The city condemned that residence a day after the tornado.

The sign outside the Two Springs Elementary in Bellevue after the tornado.

The Carroll and Tim Ramsell home in the Two Springs neighborhood after the tornado.

Camille McNeill inside her Hyda Hills neighborhood home after the tornado.

Though most tornadoes last for only minutes, the cleanup is another story.

In June last year, an EF-2 tornado with winds up to 135 mph developed in the Two Springs subdivision of Bellevue, striking homes and an elementary school, and leaving a string of damage in its wake that stretched from Two Springs to Pipers Glen, Hyda Hills and Normandy Hills.

Ten homes were marked uninhabitable after the tornado, said Mike Christensen, the chief building inspector for Bellevue. Of those 10, Christensen said six have had extensive repairs done, one has work pending and three houses were torn down and rebuilt.

The area of damage “was pretty widespread,” Christensen said.

Christensen said 1,840 roofs have already been replaced and he anticipates more will be.

A month ago, Chris and Leslie Le of Bellevue moved into their rebuilt home. The tornado ripped the roof off their house and led to several months of moving between hotels and rental homes. But now the Les are back where they were 10 months ago, with their three dogs and three sons, including a baby born in December.

Leslie Le was at the house with her brother, Angel Dominguez, her children and the dogs on June 16, 2017. When the sirens went off, she and her brother gathered the rest of the family and rushed to the basement.

“It was right after that that I could hear the roof just breaking apart,” she said.

Chris was in Papillion when Leslie texted him, and he said he rushed home.

“I was driving on Spring Boulevard and when I got down that hill by the stop sign, I looked up and could see no roof line on our house,” he said. “Our house didn’t even get hit by a single tree, like many other people’s houses. All the damage was from the winds and the direct tornado.”

He saw the full damage when he parked.

“This was our first home,” Chris said he remembers thinking last year. “All these things kept flashing through my head even though I was grateful no one was injured or killed.”

The Les’ insurance covered the value of the home, but none of the reconstruction beyond that, and it did not pay for any of the hotels or rental homes the Les lived in. The Les paid another $50,000 to rebuild and add more square footage to the previous layout.

The City of Bellevue is still compiling numbers to be sent to the Federal Emergency Management Agency, and Karen Eidenmiller, the woman in the Public Works Department responsible for filling out the applications, said she doesn’t know when the applications will be finished or what the total cost will reach.

It took the Public Works Department about six months to complete most of its cleanup work after the tornado tore through town. Public Works Director Jeff Roberts said his department was primarily responsible for the trail alongside Two Springs and for removing fallen trees around town.

Now the department is waiting for the vegetation they planted in the area to grow. Roberts said they’re thinking about planting new trees when they see the growth. Then their work will be complete.

A few miles away, at Offutt Air Force Base, a separate EF-1 tornado the same night caused $20 million in damage when it hit aircraft, buildings and trees on the base. Not all repairs have been finished there, either.

Col. Dave Norton, 55th Wing Mission Support Group commander, said roof repairs will be completed this spring and summer, and the hundreds of damaged trees will not be replaced.

Insurance took care of all the damage to Two Springs Elementary, according to Amanda Oliver, the director of communications for the Bellevue school district. Damage at Two Springs and roof repair at Lewis and Clark Middle School and Fairview Elementary School totaled around $714,000, she said in an email.

Cleanup at Two Springs was helped along by an outpouring of community support.

The school sustained heavy damage to the roof. But more than 100 people in the Bellevue community pulled together to clean up the school grounds in the aftermath.

A spokeswoman at the school said repairs and cleanup took about a week, and everything was ready for students to return for the school year without delays. Most of the damage was to the exterior of the school, the roof and trees. Broken glass from the skylights was the only considerable damage to the interior.

“We didn’t have near as much damage as some homes,” Oliver said. “In a weird way, (the tornado) hit all the right places.”

“We never dropped the mission,” said Lt. Col. Douglas Dodge, the squadron’s commander. “We were always prepared and ready to do whatever was required.”