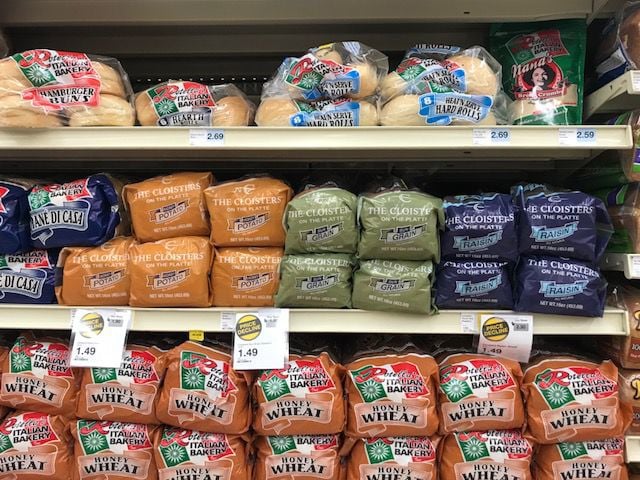 The Cloisters on the Platte bread turned up on shelves at area Hy-Vee, Fareway and Family Fare stores about a month ago. Twenty cents of each loaf sale goes to the retreat center. 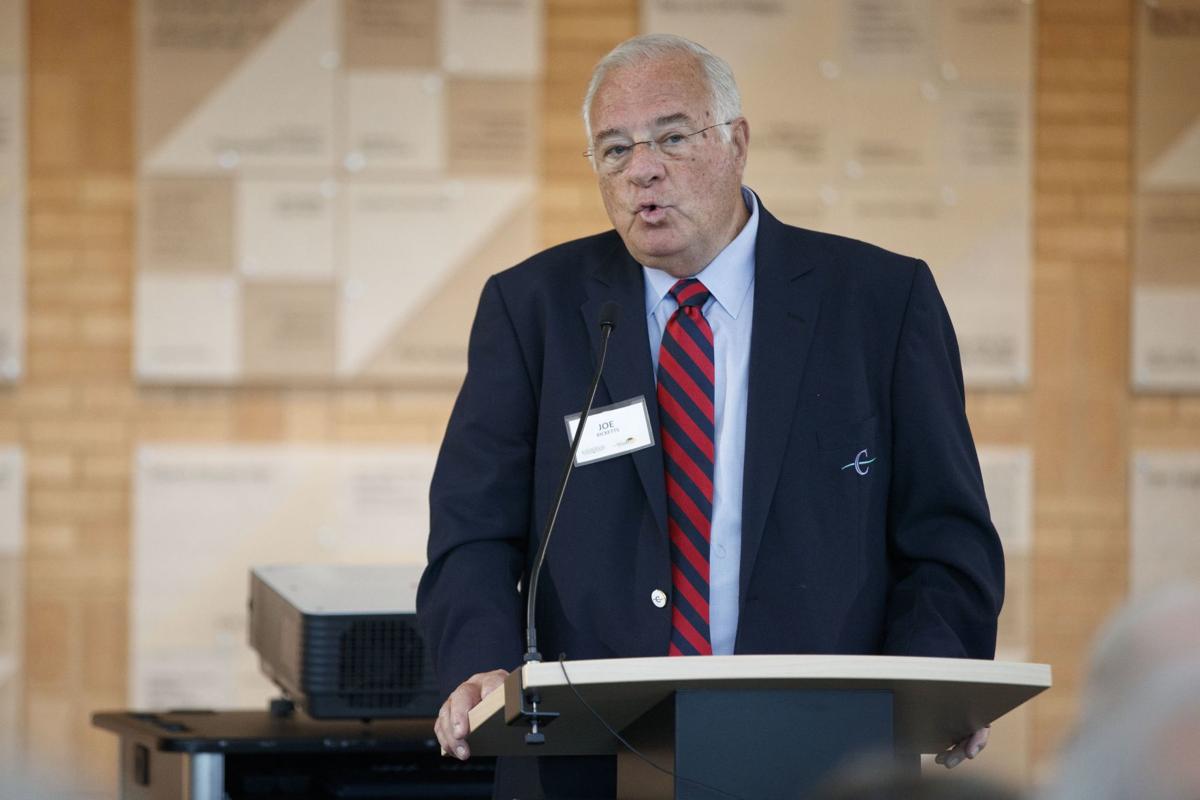 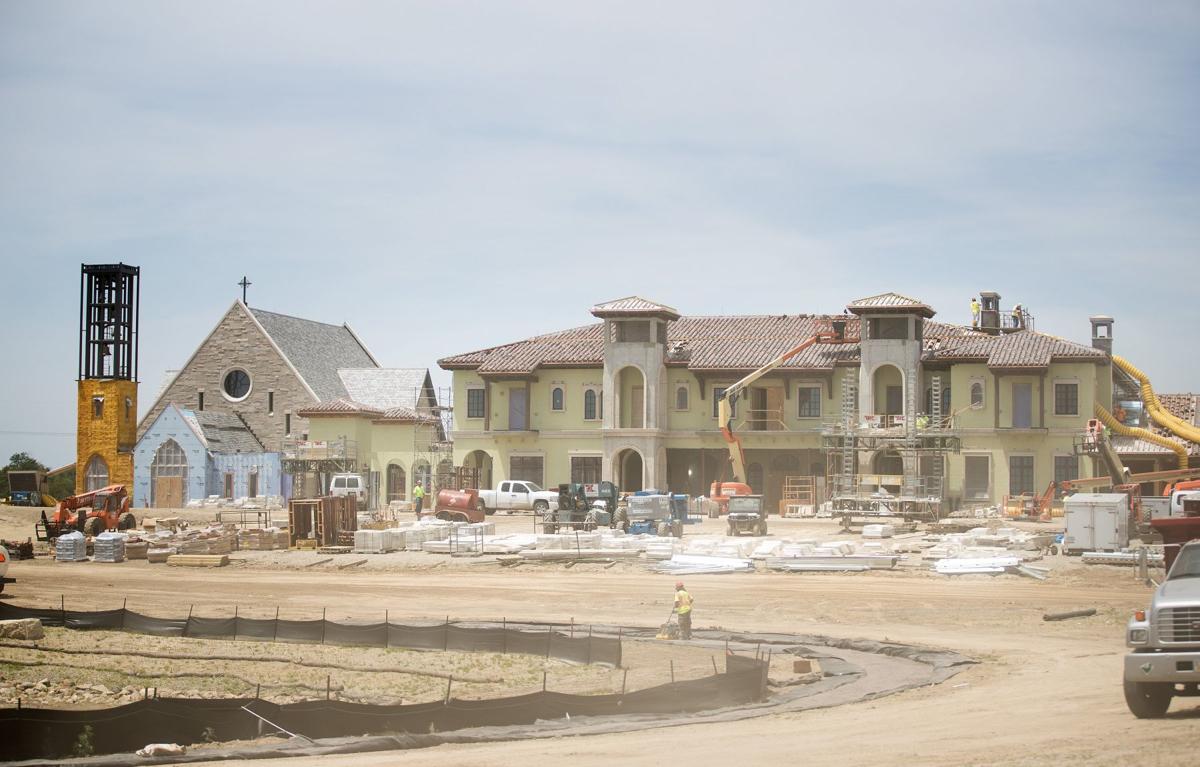 Construction continues on the chapel and main lodge at The Cloisters on the Platte in June 2017.

This rendering includes what the chapel, left, at Cloisters on the Platte will look like once it's completed. 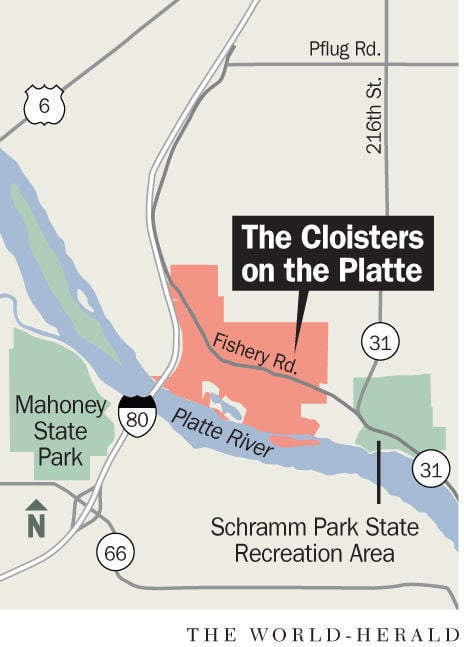 The Cloisters on the Platte bread turned up on shelves at area Hy-Vee, Fareway and Family Fare stores about a month ago. Twenty cents of each loaf sale goes to the retreat center.

Construction continues on the chapel and main lodge at The Cloisters on the Platte in June 2017.

This rendering includes what the chapel, left, at Cloisters on the Platte will look like once it's completed.

Joe Ricketts is selling bread to help pay operating costs at his multimillion-dollar religious retreat center under construction on the Platte River. And no, that was not part of the original plan, he said Wednesday morning.

“The dream I’ve had for 20 years to build this facility did not include bringing products to the market,” said Ricketts, the billionaire founder of TD Ameritrade and father of Nebraska Gov. Pete Ricketts.

But Ricketts said he always knew he’d need to find a way to pay the ongoing expenses of running The Cloisters on the Platte, which is nearing completion off Nebraska Highway 31 and Fishery Road south of Gretna. The Ignatian retreat center is geared toward Catholics but open to people of all faiths.

“I’m building the retreat facility as a gift to the community,” Ricketts said. Now, as the retreat center nears completion — the inaugural retreat there is set for July — it’s time to put in place a financing plan for operations. And that “is something that has to be supplied by the community,” he said.

Retreat attendees have the option of making a donation, but there’s no required charge.

“If we charged a fee, there would be some people who would not be able to come,” Ricketts said. “And those are the people we don’t want to have to stay away because of cost.”

He said he hopes product sales will supplement the donations to pay the bills. And he wants the sales to allow The Cloisters on the Platte to build up a reserve, too, in the event of an “adverse financial situation.”

The bread is just the start, Ricketts said. “We’ve got 10 to 15 (products) in the works at the current time,” he said. And while many of those will be sold at grocery stores, he said he’s open to a wide variety of products and product-delivery methods for the future.

The Cloisters on the Platte bread turned up on shelves at area Hy-Vee, Fareway and Family Fare stores about a month ago. The bread, made by La Vista’s Rotella’s Italian Bakery, costs less than $2 per loaf, and 20 cents of each loaf sale goes to the retreat center. There are three Cloisters on the Platte flavors: Sun Grain, Honey Potato and Cinnamon Raisin.

Ricketts declined to say how much the bread has made so far. But Jim Rotella, vice president of sales at Rotella’s, said it’s doing well for a new product that lacks a recognizable brand. He said when Ricketts came to Rotella’s, they told him, “If the product sells, we’ll keep doing it. But if it doesn’t, we won’t.” It’s working so far.

“We just thought it’s a way to help the community,” Rotella said. “It’d be good to give back in that way.”

The big test will be when the bread goes to full price in June, he said. Right now it’s discounted because it’s a new product. Full price will be between $3.19 and $3.39, depending on the store.

The Cloisters on the Platte is set to host its first retreat in mid-July. Construction is on track to meet that deadline, Ricketts said. He’s already anticipating that the center will need a waiting list. More than 7,000 people have indicated interest, but the center has room for fewer than 4,000 people each year to attend a retreat.

Ricketts himself plans to attend his first retreat there in October. But what about his son, Gov. Pete Ricketts?

“His time, I think, would prevent him from making a retreat while he is governor,” Ricketts said. “And when he’s done being governor, we’re going to be full. I told him he’s going to have to go on the waiting list.”

Joe Ricketts' passion project, a 931-acre religious retreat on the Platte, has a chapel, 7 lodges and a 2,500-foot walk

Aesthetically, the campus is akin to a country club mixed with a lake resort, though its purpose is purely spiritual, said Ricketts, the billionaire founder of TD Ameritrade and father of Nebraska Gov. Pete Ricketts.

This bread is absolutely delicious, and I will buy it again regardless of the price.

Is that the "catholic community" that is to support this? They are kind of loaded up already for good work like- charity, civic service, and schools. A Billionaire asks for help after spending 35 Million on his dream pet project? This all just does not line up well. Maybe overbuilt , and the foundation (?) underfunded? Just look at the cost per person per year for only 5% interest on investment. About $450/ visitor. Spiritual refreshment could be less expensive? I think this is a story that the project should have not wanted published or perhaps more details included. It is free advertising for my favorite local bread company. Could we put Monks on the premises making craft beer? The Governors Tap Room! I can see the community supporting that! : )

Now I know what kind of bread to NEVER BUY. What a nutty idea this is. Leave us alone Ricketts and company.

I love the sun grain bread but it doubled in price and can no longer buy it because of price. Not everyone has the money the Ricketts have.