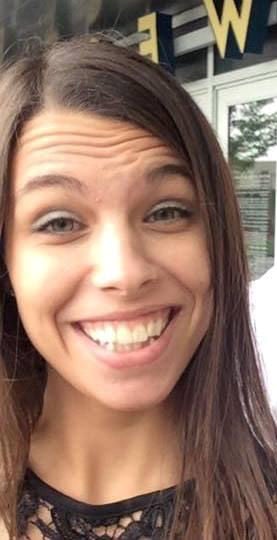 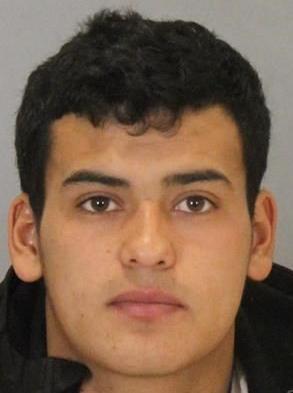 WASHINGTON — Michelle Root urged lawmakers Tuesday to get tough on immigration enforcement in the name of her daughter, Sarah Root, who was killed earlier this year in an Omaha crash that prosecutors say was caused by a man in the country illegally.

“We are not against immigration,” Michelle Root testified on Capitol Hill. “Sarah’s grandmother was an immigrant from Vienna, Austria. She did it legally. She did it the right way. That’s all we’re asking. It’s the illegal immigrants that are already breaking the law once they come over here and they continue to break our laws.”

Prosecutors say Eswin Mejia, 19, slammed into the back of Sarah Root’s vehicle while drag racing with a blood alcohol content three times the .08 legal limit.

Michelle Root of Modale, Iowa, appeared before a House subcommittee Tuesday wearing a shirt that spelled out Sarah’s name with the first letter in each of these words: “Strong, Adorable, Remarkable, Amazing, Heavenly.”

Other witnesses joining Root: a woman whose son was murdered by a man in the country illegally and a Maryland sheriff urging a hard line against illegal immigration.

United Methodist Church Bishop Minerva G. Carcaño of Pasadena, California, also testified. She focused on the damage that deportations cause to families and communities and suggested that tragedies such as Root’s death are being used unfairly as an argument for more deportations.

In emotional testimony, Root said that her only daughter was a productive young woman who did not deserve such a violent, early death. Sarah had just graduated from Bellevue University with a 4.0 GPA.

Mejia was arrested after the crash. But he was released on bail a few days later and disappeared.

Police say they contacted Immigration and Customs Enforcement but say the agency declined to issue a detainer for Mejia.

ICE recently put Mejia on its “Most Wanted” list.

Michelle Root told the panel that it’s “devastating” that the laws were not enforced against Mejia.

“He is on the loose now, so our family does not have closure,” she said.

Rep. Steve King, R-Iowa, a member of the subcommittee, described the hearing as one of the most heart-wrenching he has seen during his time in Congress.

Michelle Root’s sister and son, along with his girlfriend, wore matching shirts as they sat in the audience behind her.

She said Sarah’s father was not there because he was in Omaha attending an immigration hearing for Mejia.

At that hearing, Mejia’s immigration lawyer, Bassel El-Kasaby, withdrew from the case. El-Kasaby said he hasn’t had contact with Mejia “since long before his accident.”

A judge then issued a removal order, which means that if Mejia is found, he is to be deported after facing outstanding charges in Douglas County, El-Kasaby said.

“It’s the end of the road as far as immigration proceedings,” he said.

In Washington, the discussion at the congressional hearing reflected the contentious national debate over immigration policy.

Republican members of the panel returned repeatedly to the importance of respecting the law and held up those killed by individuals who were in the country illegally as examples of the pain caused by lax enforcement.

“If killing a young woman while racing in an impaired state and being here illegally in the first place does not meet priorities, then perhaps your priorities are wrong,” said Rep. Trey Gowdy, R-S.C.

Democrats defended the administration and said that the bad acts of a few illegal immigrants should not be used to smear millions of others who are innocent.

Rep. Zoe Lofgren, D-Calif., recalled visiting the U.S.-Mexico border and seeing young children from Central America who had made their way into the U.S.

“Those little kids had nothing to do with the murderers who devastated these families,” Lofgren said.

Michelle Wilson-Root sat in the Senate gallery Monday, wiping away tears as she listened to both of her U.S. senators talk about her daughter.

A World-Herald review of Eswin Mejia’s case shows a systemic failure — from county pretrial release staff to the county judge to federal immigration enforcement officials — to ensure that the man charged with felony motor-vehicle homicide in a young woman's death would answer in court to the charge.

Edwin Elvir-Palma of Omaha was arrested on suspicion of leaving the scene of a personal injury accident that results in serious injury or death.

Police say Mejia caused a wreck in Omaha earlier this year that killed Sarah Root. He was arrested but disappeared after being released on bail a few days later. Federal officials declined Omaha police requests to detain Mejia.

'This is unacceptable': Sasse calls out ICE for failing to answer questions surrounding fatal Omaha crash

Eswin Mejia, 19, who was allegedly in the country illegally, was arrested following the Jan. 31 crash that killed Sarah Root. But he disappeared after being released on bail a few days later.

This time the lawmakers' inquiries are focused on Eswin Mejia’s 2013 detention and release as an unaccompanied minor.

“No parent should have to deal with that, especially when the situation could have been prevented if the laws had been followed and enforced,” Root, who is from Council Bluffs, testified before the House Committee on Oversight and Government Reform.

'You had a horrible killing here in Omaha': After Trump's speech, Sarah Root’s mother meets with him, says he has her vote

Sarah Root, 21, died on Jan. 31, a day after her graduation from Bellevue University, when Eswin Mejia drove drunk and slammed his truck into her car, Omaha police have said. Mejia, 19, is from Honduras and came to the country illegally.

Immigration officials: Fugitive wanted for fatal Bluffs crash 'should be in custody'

The case has caused a political furor and served as a lightning rod for criticisms of President Barack Obama’s immigration policies. Those include deferring enforcement action against many of those in the country illegally.