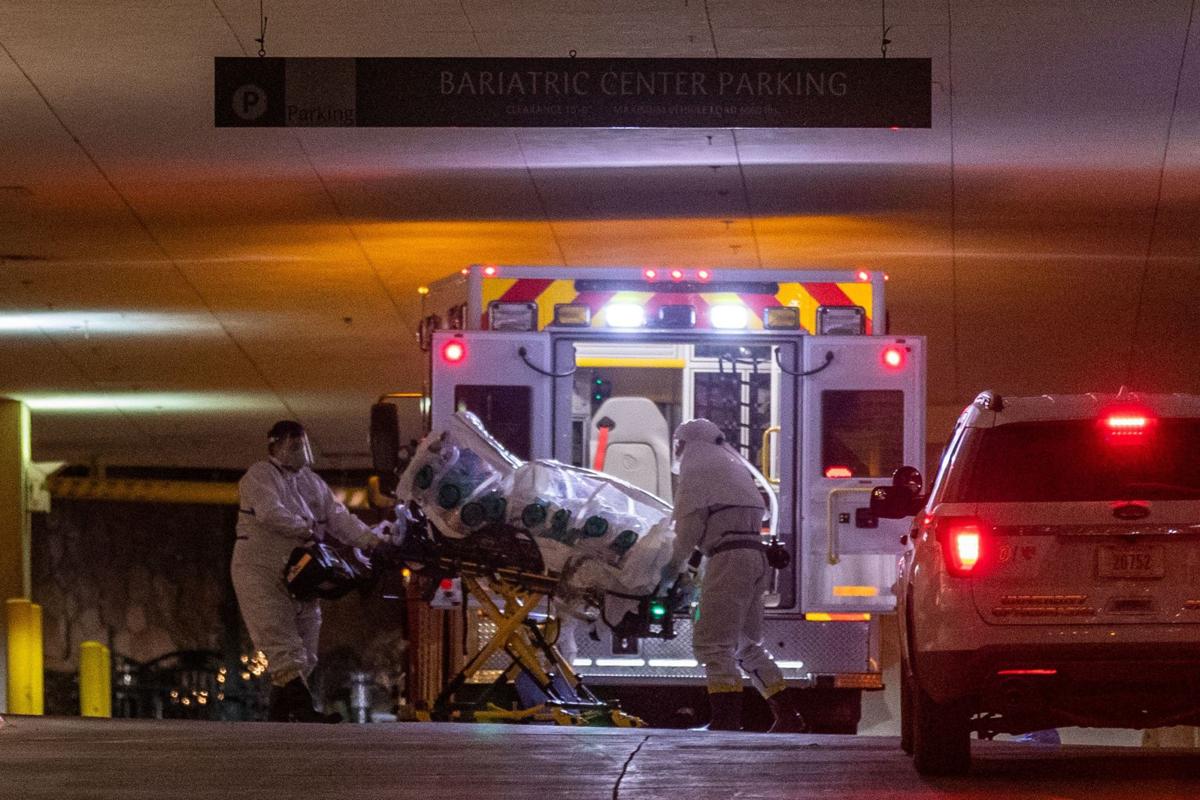 A patient in an isolation pod with the coronavirus is taken from an ambulance to the Nebraska Medicine Biocontainment Unit on March 6.

The World-Herald's front page, featuring some of the newspaper's ongoing coronavirus coverage, on Thursday, March 12. 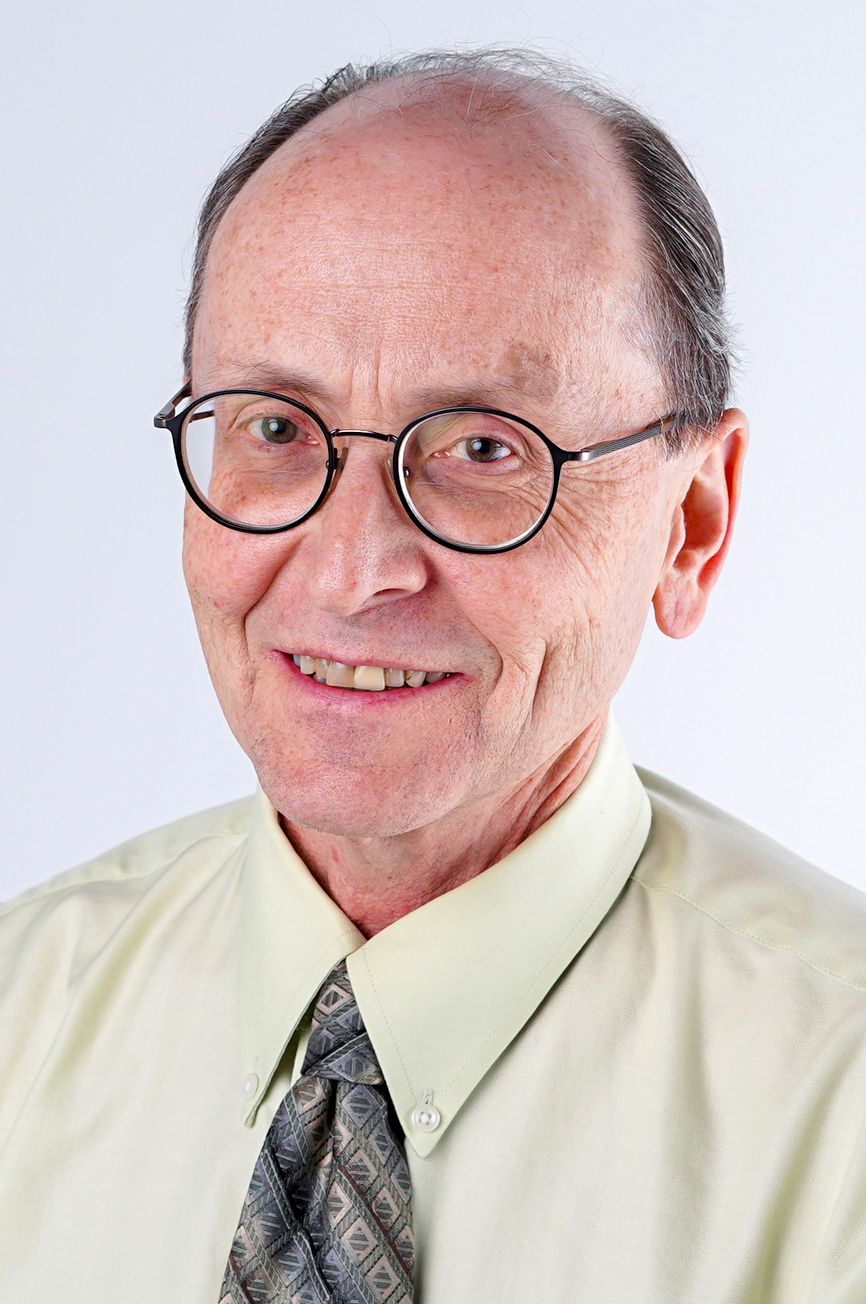 We don’t know what’s next. In a month that has brought vast disruption to American life, information changes almost by the hour.

But as the coronavirus pandemic unfolds, I can offer one certainty: World-Herald journalists will continue to provide the thorough, accurate, locally relevant information you’ve been seeing in our paper and at Omaha.com.

This staff is showing why, at times like these, legacy newspaper brands are invaluable community resources. It’s no secret that our industry has been disrupted and that every newspaper staff in America is significantly smaller than it was 10 or 15 years ago.

They have included assessments of the economic and psychological gut punches to Omaha — loss of the College World Series, the Berkshire Hathaway annual shareholders meeting, the first round of the NCAA men’s basketball tournament — along with advice on what to do if you have symptoms that might be COVID-19, what supplies to buy, when to (probably not) travel and how to handle social distancing.

Paul Hammel had an exclusive and heart-wrenching interview with the father of the state’s first COVID-19 patient. “Critical but stable. Critical. Critical. Critical echoes,” the father wrote in an essay he shared with us. “Will I ever see her again? Will the vision of her through the rear window of the ambulance wrapped in bio gear be the last image?”

Visual journalist Chris Machian captured a photo of the woman in an isolation pod on a gurney being moved into an ambulance — a chilling, signature moment in a global story that was displayed on the front of some editions of the Sunday New York Times via the Associated Press.

I’ve cited Paul and Chris at the risk of excluding the many other staffers who have worked tirelessly and smartly. It’s been an all-hands full-court press involving every writer and editor in some way, including sports staffers as basketball games abruptly ended and signature Omaha events were canceled.

But no one has done more for our coverage than medical writer Julie Anderson and her editor Bob Glissmann, who used to cover medicine.

On the afternoon of Feb. 1, Anderson and reporter Rick Ruggles broke news that some Americans who had been in Wuhan, China, epicenter of the outbreak, likely would be quarantined in Nebraska because of the expertise of the University of Nebraska Medical Center staff. Just two days before those evacuees finished their 14 days of observation at Camp Ashland, 13 Americans who had been stranded off Japan on the Diamond Princess cruise ship arrived at UNMC for quarantine.

Along the way, Anderson broke news that UNMC was leading the first clinical trial to develop a treatment for COVID-19. Her expert coverage has been featured on our front page each of the past three Sundays, while Glissmann has been a fixture in the newsroom nearly seven days a week.

This is the work of journalists. We signed up for it. We accept the inevitable criticism, amplified over the past decade by social media and the painful polarization of American society. Enemy of the people? No. We are your eyes and ears. This staff is here on Sunday to tell about a pastor who livestreamed his sermon from isolation after being diagnosed with the ailment and back on Monday morning for another full day of unpredictable updates.

While all this has been unfolding, we’ve published wonderful stories looking back at last March’s epic flooding. Martha Stoddard broke the news of a state contractor that had endangered children spending the night in offices because of poor procedures. Our sports staffers covered the very strange state boys basketball tournament, played before a nearly empty arena.

This is a job like no other. Working at the Des Moines Register in 1993, I was vacationing in Texas when the city flooded and lost its water supply and electricity. People in most professions would have been happy to stay away. I drove back as quickly as possible, buying jugs of water in Oklahoma and Kansas.

This is a story like no other. At the Detroit Free Press last fall, I led coverage of the 40-day General Motors strike, a relentless, nonstop deluge of news. It was, though, nothing like this, and, unfortunately, we all are just beginning.

Many of us, like many of you, are working at home now. It’s a story from which we are not dispassionately distanced — every single person is affected.

Folks, you can count on this staff, and I am so proud of their work. I said on Dec. 12, when I was introduced as the new World-Herald editor, “I believe that an institution like this will continue to be vital in its community.”

Never more so than right now.

An updated list of restaurants, concerts and other entertainment affected by coronavirus

Many entertainment venues have closed, reduced hours or limited their services due to the coronavirus outbreak.

The World-Herald's coronavirus reporting in a word: superb.