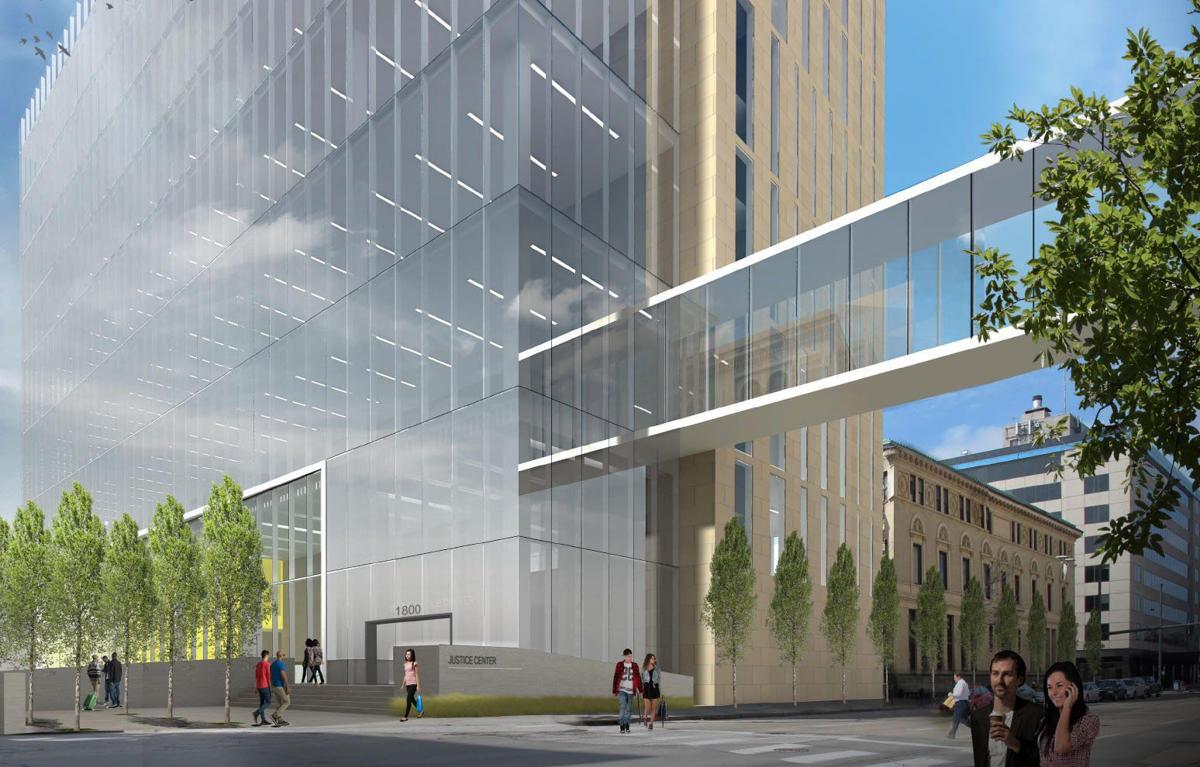 A rendering of the proposed juvenile justice center. 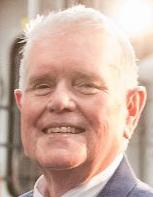 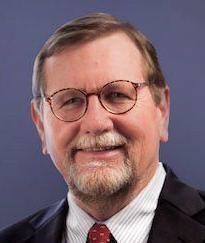 A campaign led by Douglas County Board member Jim Cavanaugh against a proposed downtown justice center appears to have swayed the opinion of a key proponent of the project.

Board member Mike Boyle announced during a raucous County Board meeting Tuesday that he changed his mind and is now against building a new juvenile detention center downtown. He said he also now opposes using eminent domain to acquire a building on the proposed site, southwest of 18th and Harney Streets.

Boyle said he still supports the larger part of the proposed $120 million project, a courthouse annex that would include space for Douglas County Juvenile Court and Douglas County attorneys and public defenders.

Boyle is on the five-member Omaha-Douglas Public Building Commission and the Douglas County Board, two public bodies whose approval would be needed for the project to go forward. He had been an outspoken advocate for the proposal but said Tuesday that critics of the detention center proposal had convinced him that the proposed 64-bed center would be too small and would hamper downtown redevelopment.

Douglas County Youth Center Director Brad Alexander said during Tuesday’s meeting that he is concerned that the proposed new youth center would be too small. It is proposed to be built with space for 48 youths, with room to expand to 64. An average of 82 youths are housed in the current youth center, off 42nd Street.

Proponents of the project say that the number of youths in detention is declining and that building a smaller youth center next to the courthouse would lead to further reforms that would reduce the population further. County Board Chairman Chris Rodgers said Tuesday that the numbers will not be an problem.

Another key proponent, County Board Vice Chairman P.J. Morgan, said during Tuesday’s meeting that the detention center part of the proposal needs more discussion. The courthouse annex “has to be done,” Morgan said. He is also on the board — along with Douglas County Attorney Don Kleine, County Board member Mary Ann Borgeson and other officials — of a private, nonprofit corporation established to develop the proposed complex.

In an interview, Morgan said he is not opposed to the proposed detention center.

“I still think it is the right thing to do,” he said. “But if we can’t get the public support, then we need to step back and look at it and have more discussions.”

Cavanaugh has sought to galvanize public opinion against the proposal. Several members of the public, not all of whom are connected to Cavanaugh politically, have spoken against it at public meetings.

Cavanaugh proposes an alternative: building a courthouse annex for Juvenile Court, buying and renovating a downtown building for attorneys’ offices and renovating the current youth detention center. He has said his alternative would cost $50 million, based on estimates from volunteer architects and engineers whom he has declined to identify.

Cavanaugh also wants to scrap the plan to use the private nonprofit to develop the project. And he says the county should ask voters to approve borrowing money for the project, instead of using the Public Building Commission to issue bonds as proposed.

Cavanaugh introduced a resolution Tuesday to put a $50 million bond issue on the November ballot and to rescind the county’s agreement with the nonprofit, among other measures.

The resolution was doomed to failure. Cavanaugh’s motion to approve it died for lack of a second. Then the meeting got a little crazy.

It had stretched on for four hours by that point. Cavanaugh told his supporters that the item had been pushed to the end of a long meeting on purpose. Four or five people stood to protest and asked to address the board.

Rodgers said that the motion was dead and that there was nothing to discuss and tried to move the meeting along. Brian Smith, a critic of the justice center proposal who has organized opposition, walked to County Board members to hand them letters. A sheriff’s deputy directed him to leave and followed him out of the legislative chambers.

Tyler Wilson, who has spoken against the proposal at County Board meetings multiple times over two months, stood in an aisle and loudly told Boyle that Boyle had said he would vote against the youth center. It was then that Boyle said he opposed the detention center.

Boyle then tried to second Cavanaugh’s motion, but Rodgers wouldn’t allow it.

Rodgers said later that he was following board rules and parliamentary procedure in not allowing debate or public comment. The motion had died, he said.

Rodgers said he did not push Cavanaugh’s resolution late into the meeting to deter debate. He said it came up in its scheduled place, under the Administrative Services Committee. Committee items are normally placed near the end of agendas. Rodgers said Tuesday’s was a packed agenda, noting a lengthy presentation by a trauma surgeon and a deputy police chief on a youth anti-violence program, the County Department of Corrections report and Alexander’s routine report on the youth center.

Rodgers said he didn’t ask deputies to escort people out of the meeting.

“If you’re going to take three or four steps toward the dais, they are going to step in,” Rodgers said. “I didn’t ask for people to be removed, but their actions got them there.”

Rodgers noted that the public has commented a lot about the proposal at County Board meetings.

“They’ll continue to get chances to comment,” he said.

Scott Williams, one of the people who tried to talk about Cavanaugh’s resolution, called the County Board meetings “a sham.”

Kleine has said the corporation’s meetings and records will be open to the public. But it is not subject to the same open meetings and public records laws as the County Board is.

This article demonstrates why people need to stay informed and engage in government or the people that have money to be gained from the process will work to feather their own nest.

The county board is purposely avoiding public comment and input. I am the Tyler Wilson mentioned in this article. I was forcefully removed from this board meeting by a sheriff's deputy for simply standing up and calling out Commissioner Boyle for recanting his promise he made to constituents. The chair of the board, Chris Rodgers, pushed our item to the end. He argued that since there is a 1:30pm hard stop there was no time for public comment. He mentioned in his interview that the "Dusk to Dawn" presentation was lengthy but what he failed to mention was that the Weed Control department spoke for 45 minutes. Chris Rodgers has purposely stalled this whole project. Commissioner Boyle spoke on the 5 o'clock news with KMTV 3 that he is now publicly supporting us.