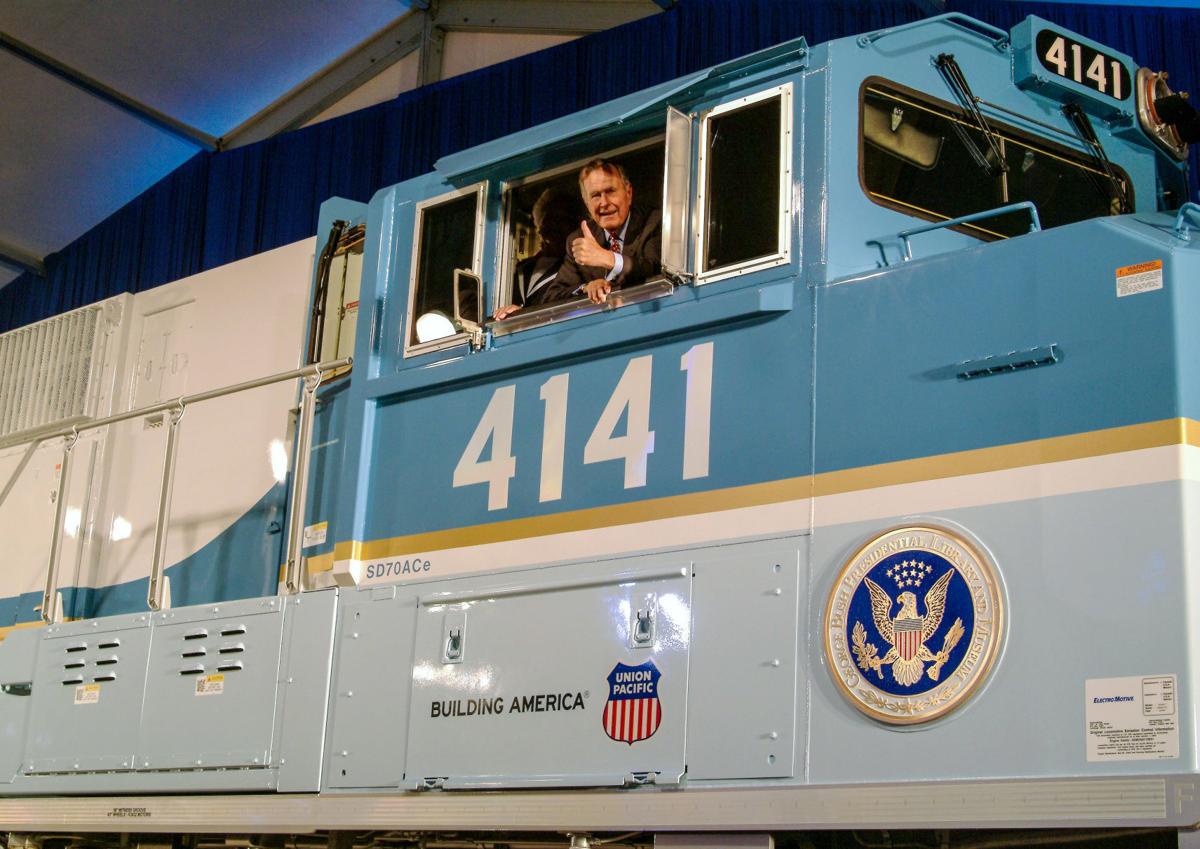 George H.W. Bush in the cab of Union Pacific Locomotive 4141 at its 2005 unveiling in College Station, Texas. The locomotive will carry him to his final resting place Thursday. 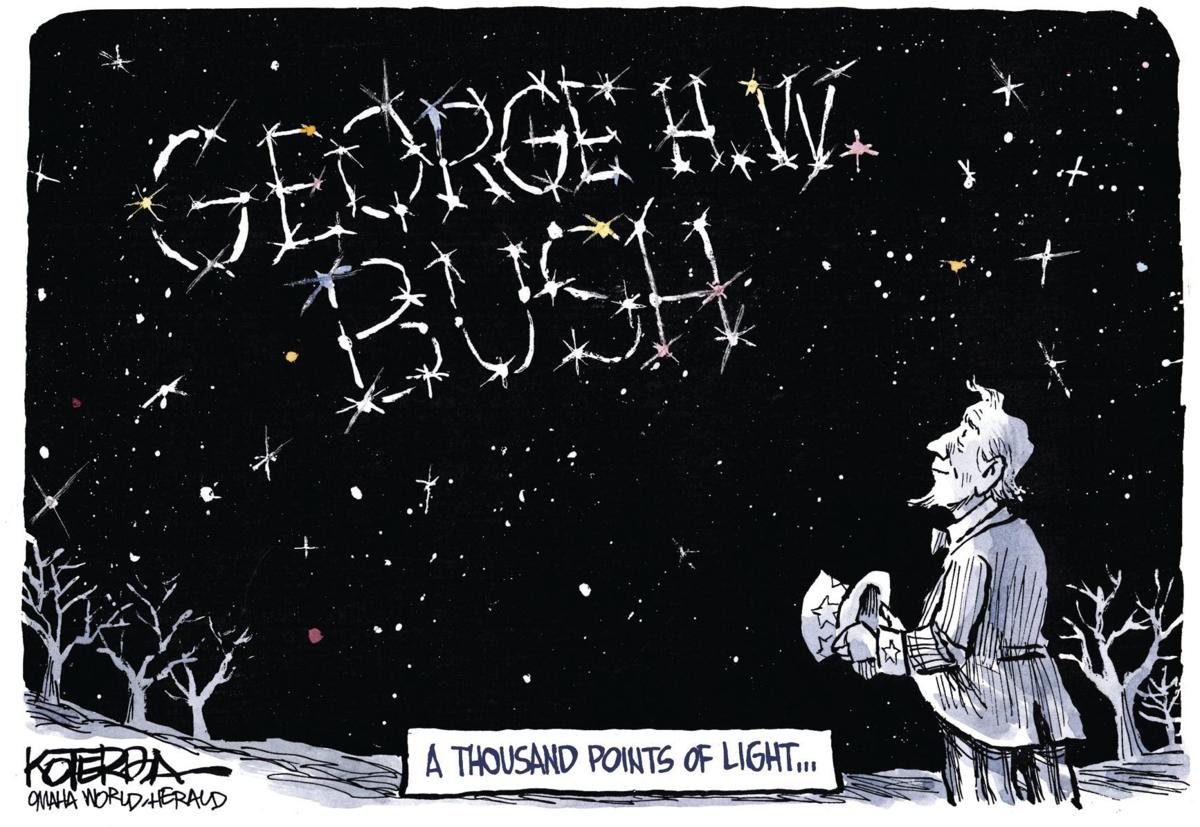 George H.W. Bush in the cab of Union Pacific Locomotive 4141 at its 2005 unveiling in College Station, Texas. The locomotive will carry him to his final resting place Thursday.

One word left his lips: Wow.

Thirteen years later, that same Union Pacific locomotive will escort the 41st president to his final resting place in College Station on Thursday after funeral ceremonies in Washington and Houston.

The train carrying his remains will leave a Union Pacific Railroad facility in Spring, a community north of Houston, and travel the 70 miles to College Station. Bush will be buried there, alongside his late wife and daughter, on the site of his presidential library at Texas A&M University.

The locomotive, painted the same blue colors that adorned Air Force One during Bush’s presidency, was unveiled by the company in 2005. At the time, Bush was fascinated by the train’s mechanics and asked whether he could take it for a spin, according to Mike Iden, a retired Union Pacific general director of car and locomotive engineering.

Under the supervision of an engineer, “the former president operated the locomotive for about two miles,” Iden said.

Bush recalled his childhood travels with his family. “We just rode on the railroads all the time, and I’ve never forgotten it,” the Associated Press quoted Bush as saying.

Numerous presidents’ funeral proceedings incorporated trains. Abraham Lincoln’s body — with that of his son, Willie, who had died three years earlier — was carried by train more than 1,600 miles from Washington to Springfield, Illinois.

The remains of Ulysses Grant, James Garfield, William McKinley, Warren Harding and Franklin Roosevelt also took their final journeys by rail. The last such cortege, for Dwight Eisenhower in 1969, involved a specially prepared baggage car. The train traveled through seven states before reaching its final destination in Kansas.

“It’s an opportunity for a large swath of the population to pay their final respects to someone who has done so much for our country,” Scott Moore, a Union Pacific senior vice president, noted in a press release Saturday about the plans for Bush’s funeral week.

“Having a train like this pulled by a locomotive specifically about this man is just really unprecedented.”

A collection of photos of former President George H.W. Bush, from his childhood, through his political climb from congressman to CIA director …

The 41st president of the United States visited Omaha a number of times over the years. He died Nov. 30 at age 94.

State of Nebraska offices to close, no NU classes Wednesday for day of mourning for Bush

State offices will close Wednesday as part of a national day of mourning to honor former President George H.W. Bush, who died Friday.