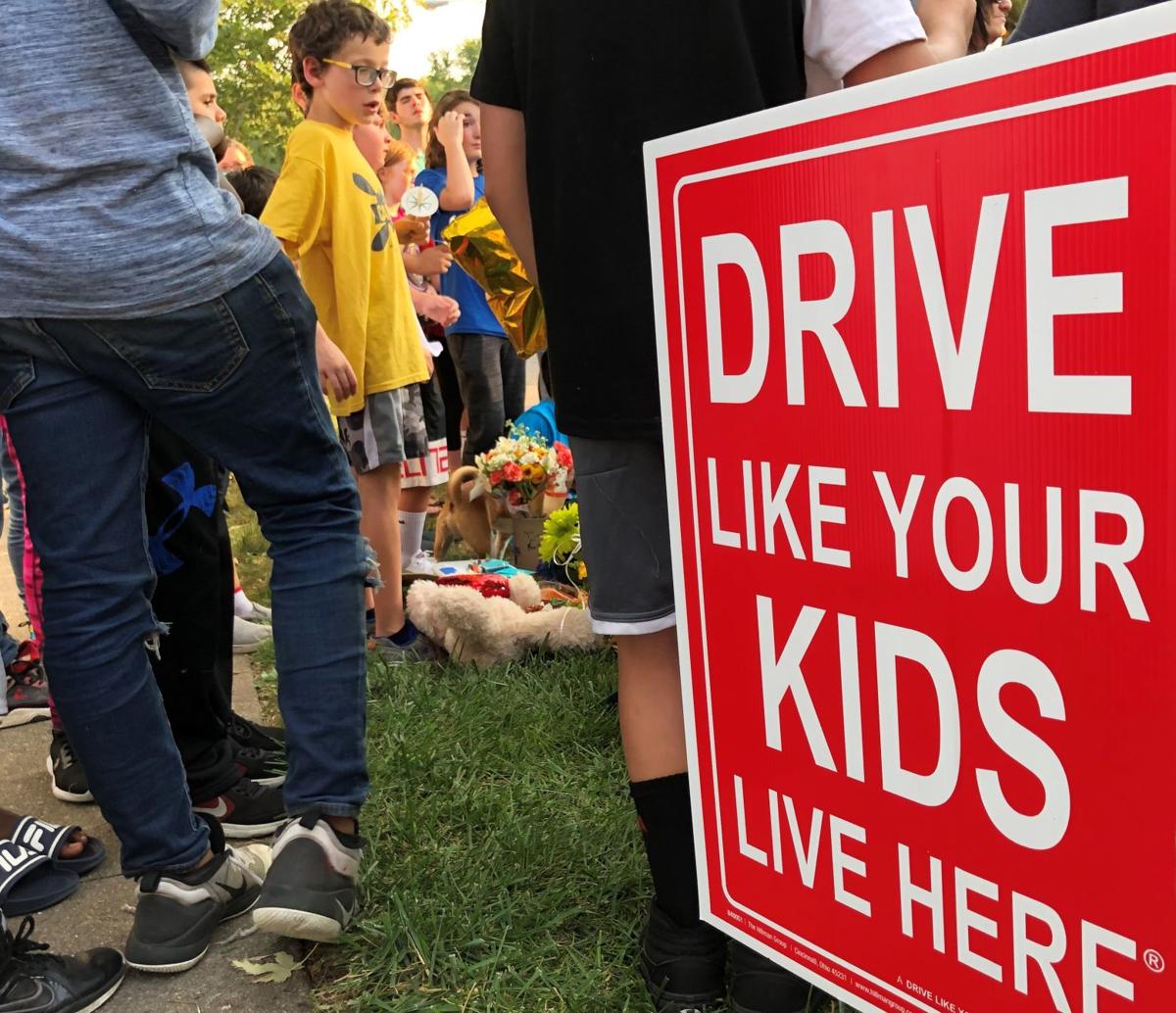 Neighbors say they’ve been trying for years to get the City of Bellevue to add speed bumps and speed limit signs to their residential neighborhood. 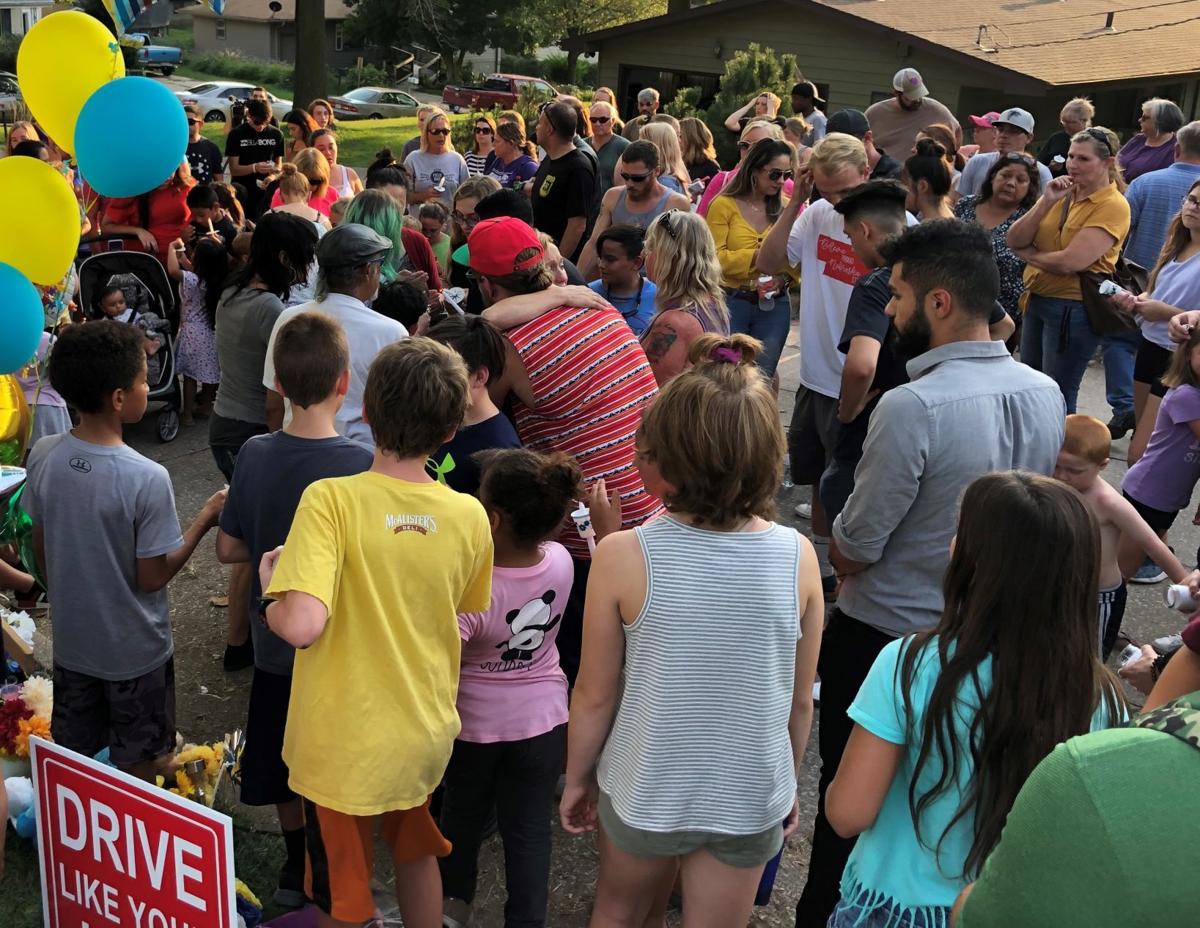 More than 150 people gather Monday at a vigil for 9-year-old Caleb Roman, who died the day before after being hit by an SUV while skateboarding. 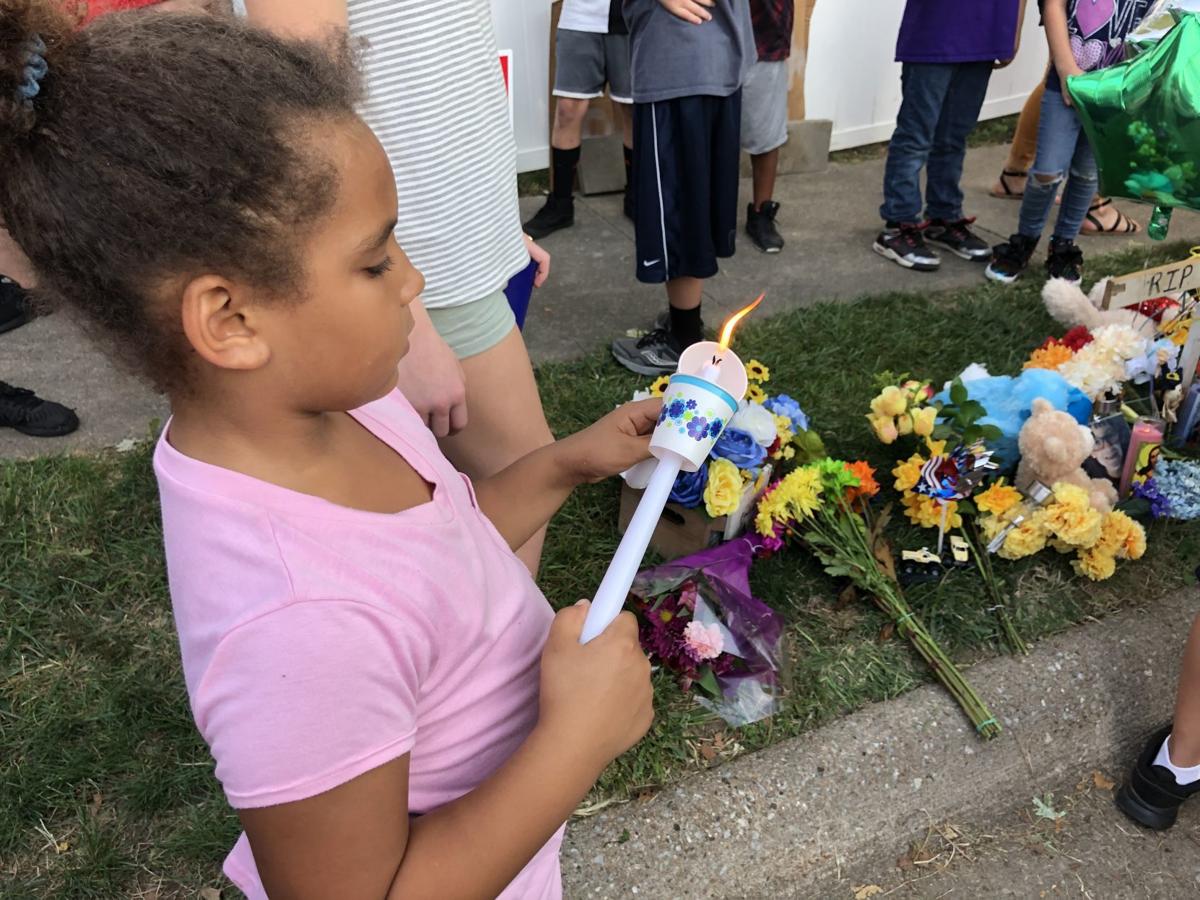 A girl lights a candle in memory of Caleb Roman at a vigil Monday. 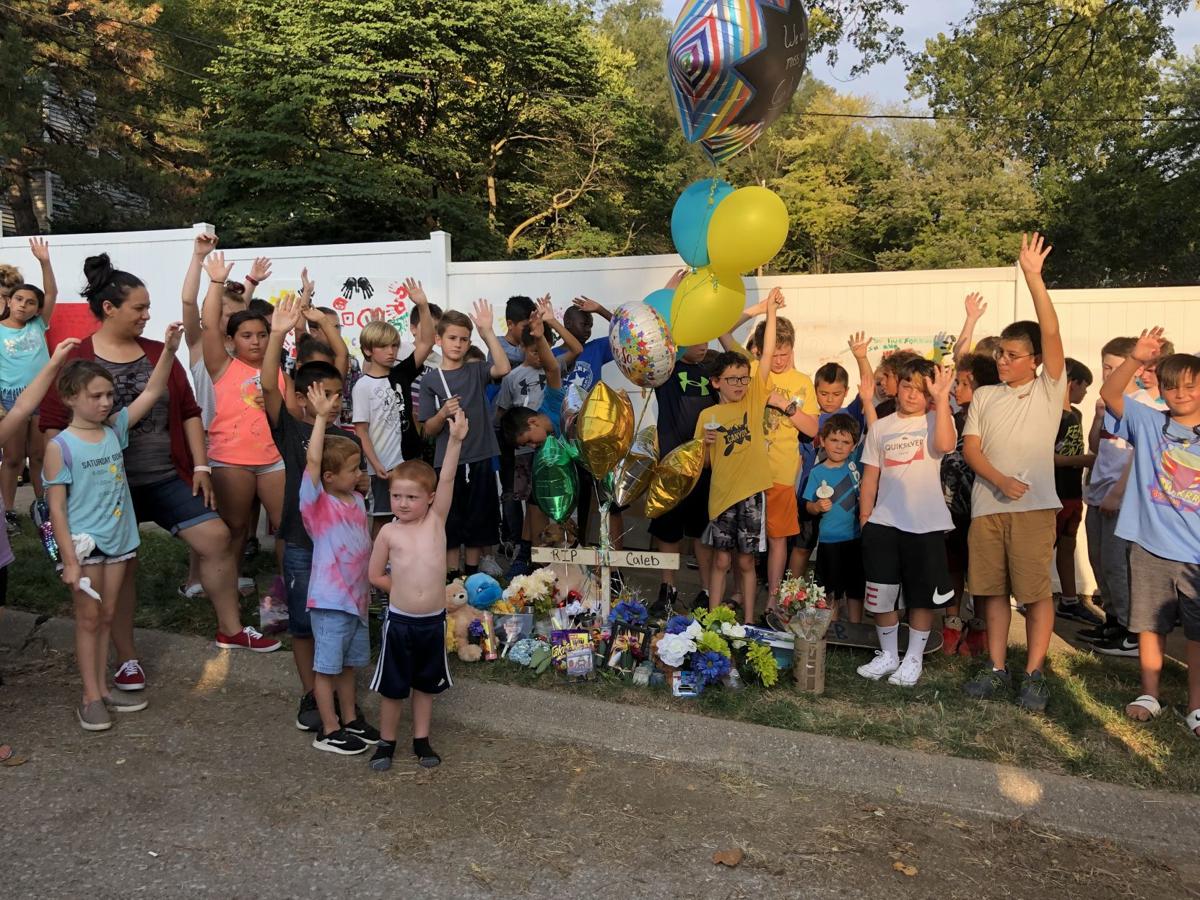 Friends and classmates raise their hands when asked "Who's going to miss Caleb?" at a vigil that day after he was fatally struck by an SUV.

Neighbors say they’ve been trying for years to get the City of Bellevue to add speed bumps and speed limit signs to their residential neighborhood.

More than 150 people gather Monday at a vigil for 9-year-old Caleb Roman, who died the day before after being hit by an SUV while skateboarding.

A girl lights a candle in memory of Caleb Roman at a vigil Monday.

Caleb Roman was living every part of a young boy’s life.

Smart, adventurous, creative and outgoing, the 9-year liked playing outdoors, hanging out with friends and doting on his family.

On Sunday, Caleb was skateboarding in his Bellevue neighborhood when he was fatally struck by a vehicle, said his father, Cecilio T. Roman.

A boy with many friends, Caleb “always brought the neighborhood army to the house,” his dad said.

On Monday, a day after Caleb died, the “army” came out for Caleb’s family. More than 150 people gathered at a neighborhood vigil — friends, classmates, teachers, school officials, family members and family friends.

The children stepped forward and shared their memories of Caleb. One little girl recalled their giggle fits and how Caleb could do just about any flip on the trampoline.

Caleb was a fourth grade student at Avery Elementary School, and a number of those gathered where he was struck, on North Fourth Street near Pleasantview Lane, were from his school.

When an adult friend of the family asked the dozens of children gathered, “Who’s going to miss Caleb?” their hands shot into the air.

“Family is more than just blood,” Sgt. 1st Class Teejay Thomas said afterward. Thomas has served in the Nebraska National Guard with Roman and was among a number of military personnel at the vigil. “When the worst happens, you want to be there for each other.”

Bellevue police have yet to release the results of their investigation, and no one has been charged. The neighborhood is densely packed with homes and heavily populated by children. It’s a hilly, residential area sandwiched between Fort Crook Road and Bellevue Boulevard.

There are no sidewalks.

Many kids in the neighborhood head outdoors, taking to the streets to play ball, bike or skateboard, residents say. The neighborhood has been trying for years to persuade the city to add speed bumps or other traffic control devices, Caleb’s father said.

Caleb was the fourth child fatally struck by a vehicle in the Omaha area in less than a month.

After the vigil, Caleb’s father emphasized the importance of safe driving, especially in residential areas. His son’s death can’t be undone, he said, but it’s important to look for things that can be done going forward.

In addition to his father, survivors include Caleb’s fraternal twin, Jacob; two other brothers, Jono and Julio; two sisters, Cera and Cadence; and his mother, Jamie Roman.

A GoFundMe page has been set up for the family.

Their father said the twins have a mature manner of speaking.

“They have old souls, I would call it,” Roman said. “Being a twin, they had parallel friends, but they were all intertwined, it was a very nice mosaic of friendships.”

Caleb didn’t just have fun, though. He and his siblings took responsibility for their surroundings, too, his dad said. They patrolled the neighborhood picking up litter.

“They were taught the importance of recycling and a green Earth,” their dad said.

His older sister, too, talked of his friendly nature.

“He was just a bright ray of sunshine,” Cadence said. “He was so friendly and accepting of everybody, it didn’t matter how old you were. He was an amazing, smart boy. ... He had a lot of plans.”

Sister Cera said, “He was my dad’s ‘Mini-Me.’ When he was in front of others, he might put on a tough-guy act, but when he was alone with you, he was loving, he was caring.”

Roman said the family would like to thank the emergency responders who tried to save Caleb’s life.

“They did everything they could possibly do, as if it was their child,” he said. “I’ll never forget that. Everybody fought until that last second, especially Caleb.”

“This is a tremendous loss for Caleb’s family and our school community," the Bellevue Public Schools said in a statement. "Our thoughts are with his family, friends and loved ones."

Also on Monday, the principal at Avery Elementary sent an email to parents alerting them of the death.

“This unexpected loss is sure to raise emotions, concerns and questions for our entire school, especially our students,” Principal John Campbell wrote.

The district has made counselors available, he wrote. And he provided a list of ways people can help children cope, including being willing to listen and discuss what happened honestly and without judgment. Staff and parents are advised to keep an eye on children to see if they notice any changes in behavior.

“Give assurances of love, support, and safety. ... Be patient," he wrote. "Students may express a variety of emotions within a short period of time."

Caleb was hit about 5 p.m. Sunday, Bellevue police said. He was taken to the Nebraska Medical Center, where he was pronounced dead shortly after arriving.

The neighborhood is southeast of Fort Crook and Childs Roads. No one has been arrested, police said. The investigation, with the help of the South Metro Crash Response Team, is ongoing. No additional information has been released.

Nebraska traffic deaths in August more than doubled from a year ago.

Three other children in the Omaha area have been fatally struck by vehicles in the last month:

On Aug. 27, a 22-month-old girl, Rosalinda Lopez-Tino, was struck by her father’s SUV as he pulled into the family’s Omaha driveway.

On Aug. 23, Jaycoby Estrada, 11, was bicycling home in Blair when he was struck by a semitrailer truck making a turn at a busy intersection.

On Aug. 20, Abby Whitford, 10, was struck by a car while crossing a major street in Papillion.

Cars and people have had an uneasy and, at times, fatal relationship. Car accidents are a leading cause of death; 230 Nebraskans died last year, including 24 pedestrians. That's a 62% jump in pedestrian deaths from the prior four-year average.

So sad and sorry for your loss.