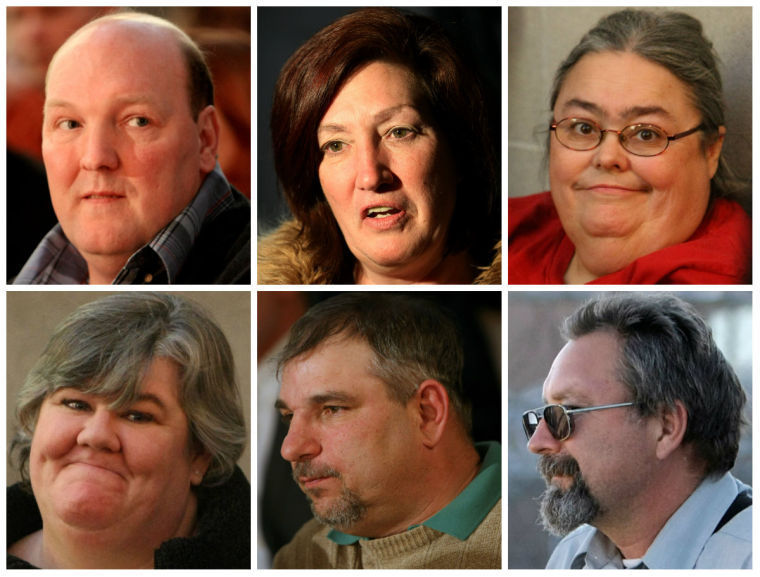 The Beatrice Six were convicted and sent to prison for a 1985 rape and slaying they did not commit. Top, from left: Tom Winslow, Ada JoAnn Taylor and Debra Shelden. Bottom, from left: Kathy Gonzalez, James Dean and Joseph E. White. 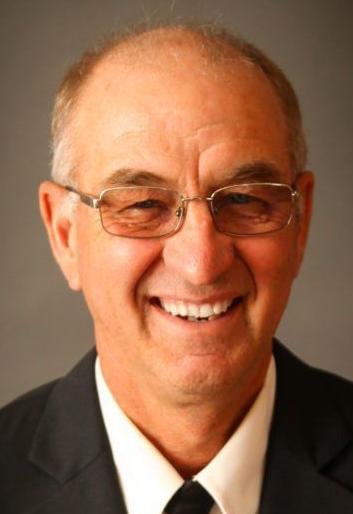 The so-called Beatrice Six collectively spent more than 70 years in prison before DNA testing identified another person as the killer.

County officials and others told the Judiciary Committee that the judgment, which exceeds $30 million with attorneys fees and interest, has left the southeast Nebraska county strapped financially and forced its property tax levy to the maximum allowed by law.

“We realize the state has its own budget shortfalls,” said Erich Tiemann, the County Board chairman. “We also realize you are not required to pay but we are coming to you asking for help. You can only squeeze that turnip so tight.”

He testified in favor of Legislative Bill 474, introduced by State Sen. Myron Dorn of Adams, a former Gage County Board chairman.

The bill would allow a political subdivision facing a federal judgment for wrongful conviction or wrongful imprisonment to file a claim with the state for all or part of the judgment total. Claims would have to be filed within two years of a final judgment.

Dorn said the bill would ease the load on Gage County property taxpayers, especially the owners of agricultural land, at a time when property tax levels are a statewide concern.

The Gage County Board voted in September to raise the tax levy by 11.76 cents. The increase is expected to bring in about $3.8 million this year. The county will have to continue the levy for another seven years to cover the total cost.

Some supporters of LB 474 argued that Gage County residents should not have to shoulder the burden of paying the judgment.

“The people of Gage County are just as innocent as the Beatrice Six,” said Don Schuller, a farmer from Wymore, explaining that residents did not know about the problems with the investigation and prosecution of the six.

Lyle Koenig, a Beatrice attorney who had defended one of the six, said state laws shielded those who bore the greatest responsibility for the convictions. He also blamed the state’s death penalty law, which was used to persuade five of the six to plead guilty. The sixth was convicted at a trial.

No one spoke against LB 474 Thursday, but Dorn expressed skepticism about the bill’s chances, given the state’s tight budget situation.

He said he plans to focus on another proposal that would allow counties facing a federal court judgment to impose a half-cent sales tax on purchases in the county. Under LB 472, the tax would have to be approved by a two-thirds vote of the county board and would apply even where there are city sales taxes.

Dorn also introduced a third option. LB 473 would allow counties and other local governments facing court judgments too large to pay off at one time to get a loan from the state at 0.5 percent annual interest.

All three measures seek to address a judgment granted in 2016 by a federal jury in Lincoln to Kathy Gonzales, Thomas Winslow, James Dean, Debra Shelden, Ada JoAnn Taylor and the estate of Joseph White.

The six had been convicted and sent to prison for the 1985 rape and slaying of Helen Wilson, 68, of Beatrice.

DNA testing of crime scene evidence, ordered as a result of White’s appeals in 2008, matched none of the six, but it did match a criminal drifter who died in 1992 in Oklahoma. White, Winslow and Taylor, all of whom were still in prison, were ordered released. White subsequently died in a workplace accident.

The award has been upheld on appeal. Gage County officials have made a last-ditch bid to have the case heard by the U.S. Supreme Court, while taking steps to start making payments.

Gage County faces a $28 million federal judgment after it lost a lawsuit filed by the six people who were wrongfully convicted and served a combined 75 years in prison for the murder of 68-year-old Helen Wilson.

Let's consider the precedence. In the 1980s the State of Nebraska provided a guarantee for funds in a State chartered savings and loan for amounts up to $30,000. When most of the savings and loans failed, the State reneged on the actual guarantee they provided to depositors. Thousands of Nebraskans lost their life savings even though they had that State of Nebraska guarantee in their hand. Now why would the State step in to rescue the misbegotten trust that Gage County voters placed in the corrupt officials THEY put in those offices of trust? Gage County had nine years after the truth came to light to start creating a fund to compensate the victims of Gage County corruption and they did NOTHING. Let the voters of Gage County pay for their misadventure in tormenting the people they railroaded into prison.

Well said. I may not agree with you very often, but on this one I think you are on the mark.