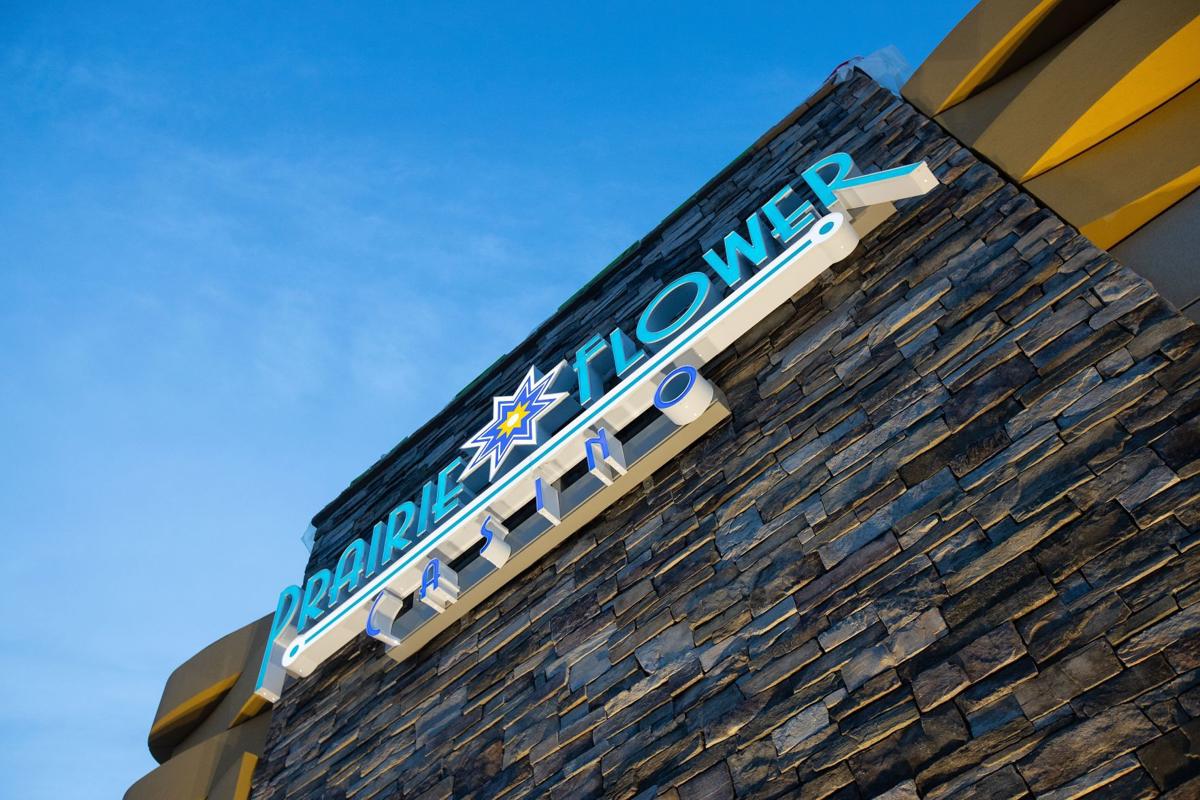 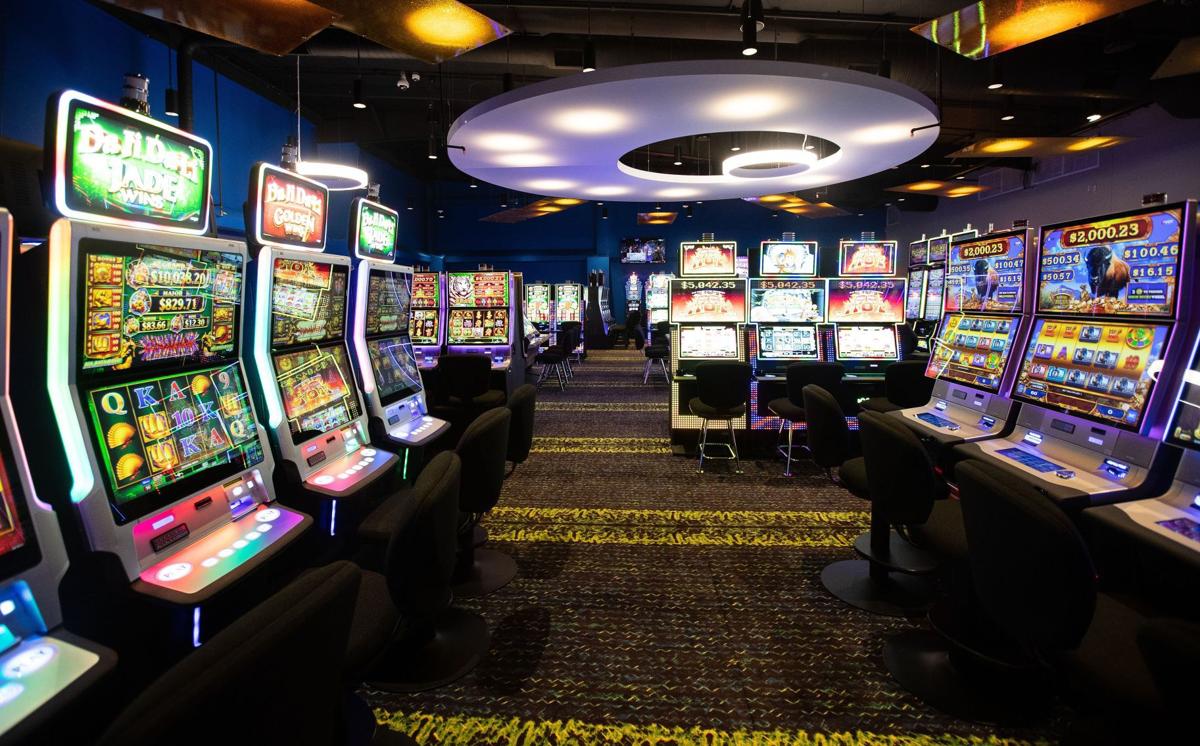 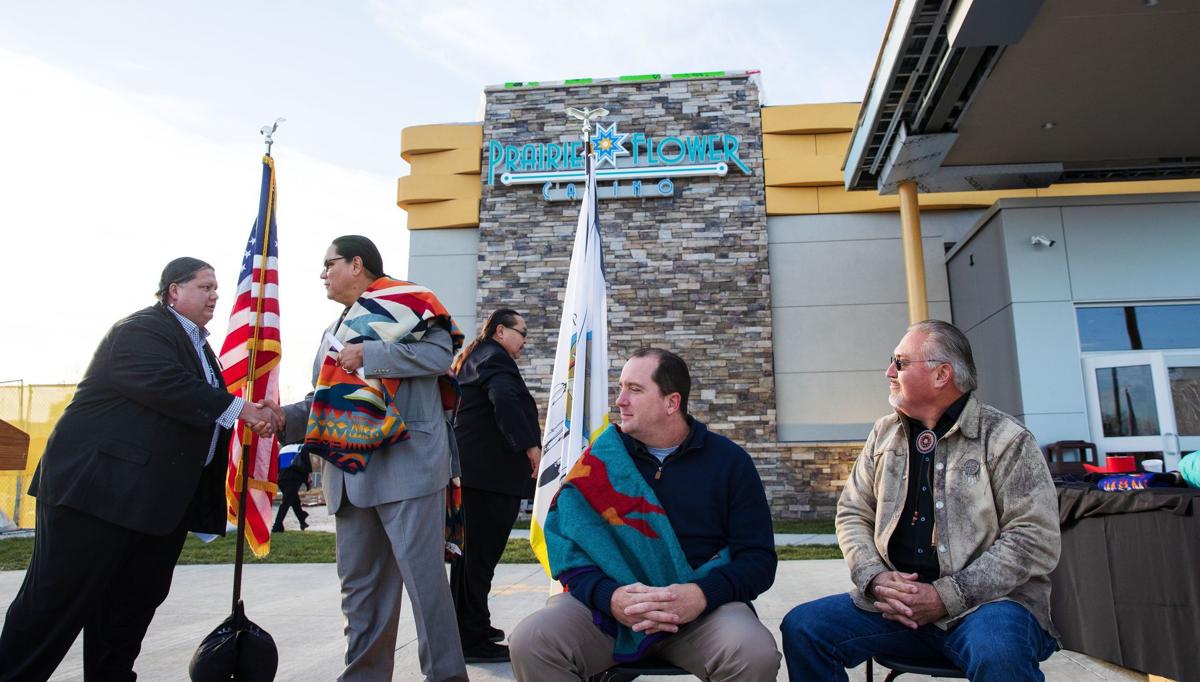 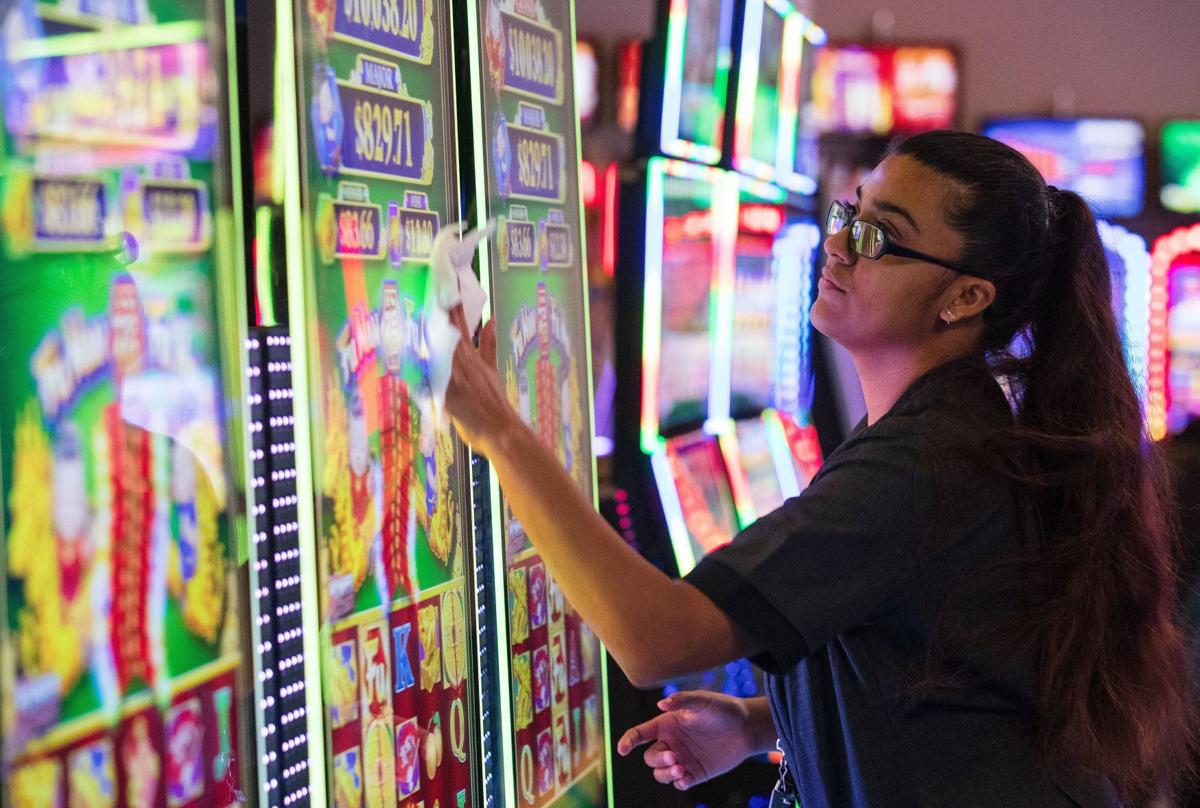 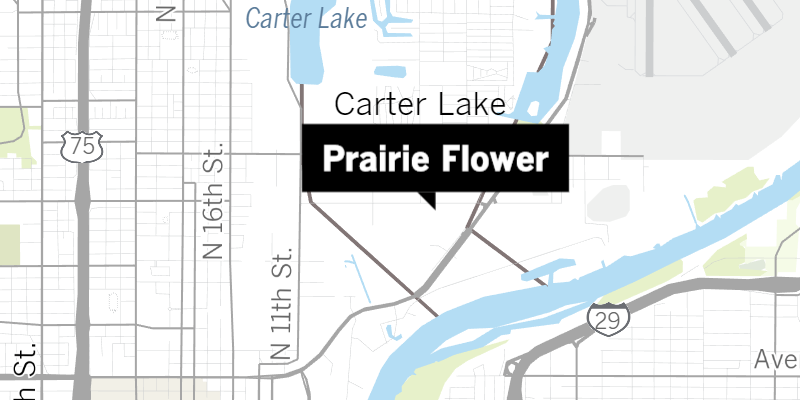 Just by opening its doors on Thursday, the Ponca Tribe of Nebraska’s Prairie Flower Casino in Carter Lake has beaten the odds.

The new gambling parlor had been pitched as a moneymaker for the Poncas for more than a decade, a way of bringing in money that can help the tribe rebuild after losing its federal recognition for a quarter-century.

Along the way, though, the Poncas gathered some powerful adversaries.

A legal challenge still looms, because of a lawsuit filed jointly by the City of Council Bluffs and the States of Iowa and Nebraska. They have sued the National Indian Gaming Commission and the U.S. Department of the Interior to get the approval overturned, arguing the commission erred in letting the casino be built.

By opening the casino now, the tribe took a risk. In a worst-case scenario, a federal court could order the casino to shut down.

“There’s a very real legal challenge pending,” said David Lopez, deputy solicitor general for the Nebraska Attorney General’s Office, who is handling the case for the state. “There’s a risk to the employees.”

There’s been talk of a casino on the 5-acre site at Ninth Street and Avenue H ever since the tribe purchased the land in 1999, for $560,000 — aided by a grant from the Shakopee Mdewakanton Sioux Tribe of Minnesota, which has made its members millionaires as a result of gambling-related business ventures. The Shakopees also loaned the Poncas money to build the Prairie Flower.

Initially, tribal leaders said a health clinic, not a casino, was planned for the land.

In 2002, the tribe’s attorney reached an agreement with the State of Iowa to that effect. In 2005, the tribe changed its mind and sought permission from the Gaming Commission to build the casino on the prime location between Eppley Airfield and downtown Omaha. One Interior Department document cited by the plaintiffs called the reversal “troubling.”

“They were going to build a health care facility there. They’ve turned around and built a casino instead,” Lopez said.

The governments also contend the Poncas may not build a casino on land they purchased 11 years after Congress passed Indian gambling regulations in 1988, and restricted gambling parlors to land already owned by tribes at that time.

An exception is made for tribes, such as the Poncas, recognized by the government after 1988. They are allowed to build on “restored lands.” Council Bluffs, Iowa and Nebraska argue that the Carter Lake property doesn’t meet that definition.

“It’s a very technical argument on what the definition of restored lands is,” said Keith Miller, a Drake University law professor who specializes in gambling law.

The National Indian Gaming Commission has twice sided with the Poncas, the first time in 2007.

The states and the city sued again. That lawsuit is pending. Both sides filed motions for summary judgment last month, and oral arguments are expected to be scheduled soon, said James Meggesto, a lawyer for the Ponca Tribe.

The tribe decided to go ahead and build — even after the states and the city renewed their legal challenge.

“The decision has been through multiple federal agencies, under three different presidents,” Meggesto said. “The tribe has a sovereign right to conduct gaming.”

Money is at the core of the dispute for Iowa. Three existing casinos in Council Bluffs pay more than $3 million in local taxes and donate $8 million for local charities annually, according to a document filed a year ago in U.S. District Court for the Southern District of Iowa Central Division.

A 2008 study commissioned by the Council Bluffs Chamber of Commerce estimated casinos there would lose one-third of their revenue if a casino opened in Carter Lake. It estimated the State of Iowa would lose $30 million because Indian casinos aren’t required to turn over revenues to the state. The study asserted that the gambling market in the Omaha-Council Bluffs metropolitan area already is saturated.

Tribal Chairman Larry Wright, though, sees no reason why the Poncas shouldn’t be allowed to compete for gambling dollars.

“Competition, last I heard, is not illegal,” Wright said in an interview last week. “We’re just doing what is our sovereign right.”

Council Bluffs City Attorney Richard Wade said the state-regulated casinos are at a big disadvantage because they are required to pay a 26 percent gambling tax to the state, and 0.5 percent to the city. They also give money to charity. Native American casinos don’t, he said.

“It’s only fair if everybody’s playing by the same rules,” Wade said.

Nebraska, which has rebuffed attempts to build casinos within its borders, objects to a casino opening in a town that is just 3 miles north of downtown Omaha. They’re also concerned the tiny municipality of Carter Lake, which has a population of less than 4,000 people, won’t be able to handle emergency response at the casino.

“The law-enforcement problems that are generated by this are not going to be confined to Carter Lake,” Lopez said. “They’ll be Nebraska’s, too.”

The Poncas have adopted a high-risk strategy by moving ahead with construction, even with the lawsuit still pending. The federal court could rule against the tribe, potentially putting 100 employees — including 20 members of the Ponca Tribe — out of work.

The tribe is gambling that it will win, or that the court won’t close down an operating business.

“The fact that (the casino) is open is not good for the states,” Miller said. “People have jobs and are depending on it. It’s going to be hard for the court to ignore.”

The Ponca Tribe is holding off on expansion plans until the legal questions are settled. The Prairie Flower opened last week with 200 slot-style gambling machines in a 9,500-square-foot casino.

They’ve publicly discussed expanding the casino to include as many as 2,000 gambling machines and 50 tables, which would put it on par with the larger Council Bluffs casinos.

The Poncas’ struggles date to the mid-1800s, when European settlers encroached on their traditional tribal lands along the Missouri River. In 1877, they were ordered onto a reservation in Oklahoma. Nine Poncas died along the way in what came to be known as the “Trail of Tears.”

One of them was a young woman named Prairie Flower. The Carter Lake casino bears her name. Many more members of the tribe died of disease or starvation after reaching Oklahoma.

Chief Standing Bear won a historic federal lawsuit in an Omaha courtroom that for the first time recognized Indians as “persons under the law.” The decision allowed him, and some members of his Ponca tribe, to return to their homeland near Niobrara.

By the 1960s, only a few dozen Poncas remained in Nebraska. The federal government terminated the Northern Poncas in 1966, removing their federal designation.

“We were born Ponca, we were raised as proud Ponca youth,” said Matt Kennedy, chairman of the Ponca Gaming Enterprise, which will oversee casino operations. “But we had no tribe.”

After a long battle, Congress restored their tribal status Oct. 31, 1990. But the Poncas were given no reservation land, or money to buy land. “Our people lost not only land and holdings, but our culture,” Wright said. “Over those 30 years, our tribe didn’t exist.”

Since then, the scattered Poncas have slowly been rebuilding their heritage, even though they lack a reservation or single center of population. They have offices and provide services in Sioux City, Iowa, and Norfolk, Lincoln and Omaha, as well as Niobrara, the tribe’s headquarters. They now claim a membership of more than 4,200, about half of them in Nebraska and Iowa.

Wright wouldn’t say how much money the Poncas expect to gain from the casino. But, even after an agreement to give $775,000 a year to the City of Carter Lake to help pay for law enforcement and fire-rescue services, they expect to have money to fund social service programs such as elder care, youth and Ponca language preservation.

“Casinos aren’t a panacea, but they’ll help us to diversify and be self-sustaining,” Wright said. “It’s not who we are, but it’s what we do.”

The new casino, at Ninth Street and Avenue H, has 200 slot-style gaming machines, with names like Buffalo Gold, So Hot and Miss Kitty Gold.

The location of this casino is inexcusable. Straight-up evil. They're targeting the most vulnerable of society, but locating it equidistant between The Sienna Francis House and Open Door Mission. This will cause untold human misery, and they just don't care. Money is more important than people.

Yeah, I see a lot of homeless at the Casinos...smh...Come on man