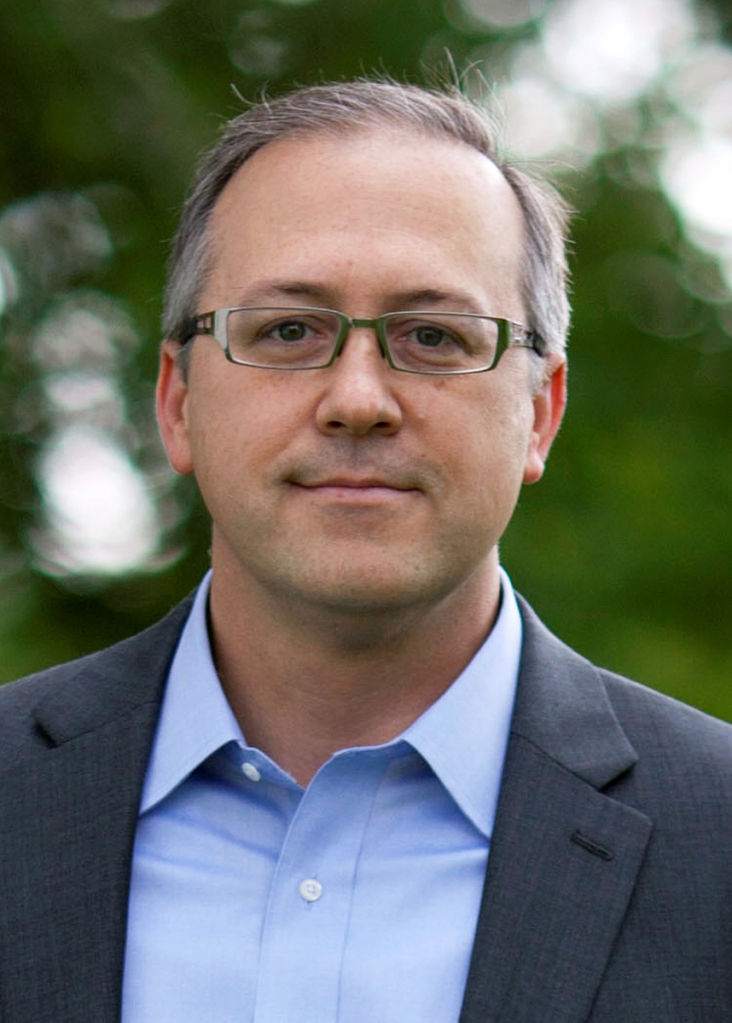 David Young, a former chief of staff to longtime U.S. Sen. Chuck Grassley, is starting his bid for Iowa's 3rd Congressional District seat with a sizable fundraising advantage in a crowded primary field. 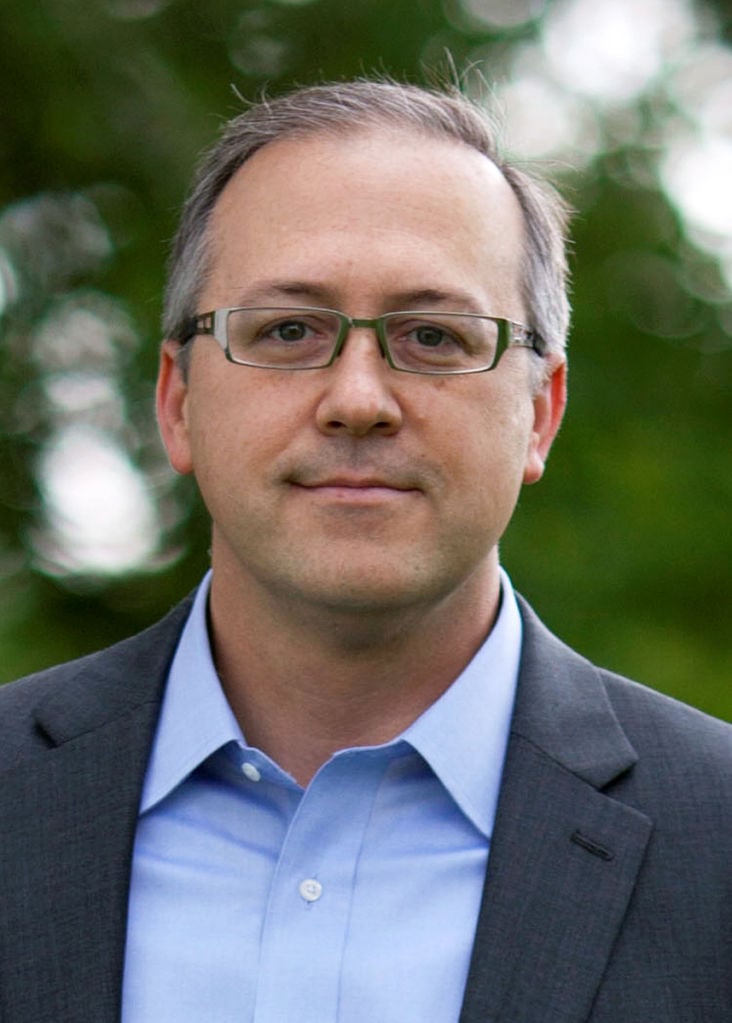 COUNCIL BLUFFS — If U.S. House candidate David Young does his job correctly, every Republican voter between here and Des Moines will know he used to be Sen. Chuck Grassley’s chief of staff.

Young’s message to voters in Tuesday’s primary: I learned how to root out government waste, inefficiency and corruption from Grassley, and I will do the same in Congress.

“And I can do that on day one. I can hit the ground running for Iowa,” he said.

Young, 46, is in a crowded field of GOP candidates seeking to replace retiring Rep. Tom Latham. The winner will face Democrat Staci Appel in the general election.

Young is running on his experience in Washington, D.C. He worked on Capitol Hill for various Republican lawmakers over 17 years, seven of them in Grassley’s office.

He says he knows how to pull the levers of government and make them work.

Grassley has not endorsed anyone in the 3rd District race. But he described Young as a hardworking master of the legislative process.

“He’s got equal knowledge of the issues — but maybe greater than everybody else because of the years he spent on the Hill,” said Grassley, a Republican who has been in the Senate since 1981. “He knows how the process works that maybe everybody else is going to have to learn.”

Young moved back to his hometown of Van Meter in May 2013 to run for office. At first, he campaigned for the U.S. Senate seat being vacated by Sen. Tom Harkin, a Democrat. Then, after Latham announced that he would retire, Young switched to the House race, which he said seemed like a better opportunity and a better fit.

Young is a sixth-generation Iowan. His father, Dennis, worked in consumer finance in Des Moines and retired from Wells Fargo a few years ago. His mother, Diane, was a piano teacher who runs her own boutique interior design business.

The family moved to Johnston when Young was in high school, to a house on the same street as his best friend Robert Cramer — now a rival GOP candidate in the 3rd District race. They volunteered together for GOP candidates in local races, but Young doubts that either of them thought back then that they someday would run for office.

Young went to college at Buena Vista in Storm Lake and ran the 400 meter, but “figured out I wasn’t going to be an Olympian” and transferred to Drake in Des Moines. An English major, he graduated in 1991.

He worked at Norwest Financial in Des Moines and volunteered for the unsuccessful Bush-Quayle 1992 presidential campaign. After the election, he moved to Washington and applied for a job on Capitol Hill. He worked for Sen. Hank Brown, a Republican from Colorado, and then Sen. Jim Bunning, a Kentucky Republican. He was hired by Grassley in 2006.

“He taught me how to be persistent, creative,” Young says about Grassley. “I’ve had a good mentor and seen you don’t have to sell your soul to get things done.”

Grassley’s office also was a good place to learn what Iowans care about, Young said. Almost every day, he would meet with Iowans or speak with them on the phone and work on their issues.

“David comes in, and in his seven years, the shades are always up and 99 percent of the time the door was always open,” Grassley said. “He was just the sort of a person who would solve problems so they were never something that I would have to get involved in.”

Grassley also said Young had a good reputation around the Capitol and was elected president of the Senate GOP Chiefs of Staff group, serving in the position for three years.

Young’s home in Van Meter is a two-story frame house on Elm Street, valued at about $138,000. He also owns two rowhouse-style homes in Washington. One is valued at $1.3 million. The other is assessed at nearly $760,000; he rents it out and is trying to sell it.

Young supports zero-based budgeting, which would require federal agencies to submit a new budget each year to Congress and make a case for their spending, rather than simply use last year’s budget as the starting point for the coming year.

“That’s how you hold them accountable,” he said.

Similarly, he said, every federal regulation should have an expiration date, forcing Congress to take another look at it and see if it is still needed.

“Sometimes society, technology, it changes and some things seem to be outdated at times,” he said.

Like many Republicans, he supports a balanced budget amendment to the U.S. Constitution as a way to enforce fiscal discipline. He acknowledges that the federal deficit exploded under President George W. Bush, a fellow Republican, before it grew even more under President Barack Obama.

He also wants a full repeal of the Affordable Care Act, if possible, or make some free-market improvements to the law if it can’t be repealed. And he wants the tax code simplified.

During a recent campaign swing through Council Bluffs, Young stopped at The Center, a community spot for senior citizens. He strolled through, wearing a blue blazer, powder-blue shirt and gray slacks, with a pin of the U.S. and Iowa flags on his jacket.

He made sure to tell everyone he had worked for Grassley, and also that he was from Van Meter, the hometown of baseball great Bob Feller.

The Grassley connection was a hit with the seniors.

“I was impressed that he worked for Sen. Grassley. That’s a plus, in my opinion,” said Karen Dominguez, 71, who along with several other women was making sleeping mats for the homeless out of plastic bags.

Young has a shot at her vote, she said. “I’ll continue to watch him.”

One of the places he stopped was McDonald Electronics, where owner Brent McDonald had put up a sign for Brad Zaun, a rival Republican candidate in the race.

Undaunted, Young walked in and shook hands with McDonald.

“Brad and I have been on the trail together. He’s a good man,” Young said. “I’m still going to fight for your vote.”

The men talked issues. Later, McDonald said he still supported Zaun. But he said he was impressed with Young and his grasp of domestic and global issues.

“He’s very well-spoken,” McDonald said. “He has a solid background.”

The last Republican hopeful to join the race counts on his career pushing Iowa farm priorities.

The part owner of a bridge-building company has come under fire for some of his views.

This week we're profiling Iowa’s Republican candidates for the U.S. House in the 3rd District.

Iowa’s secretary of state has pulled himself from rung to rung up the political ladder.

The Iowa state senator brings lessons to the House race from his last run for national office.