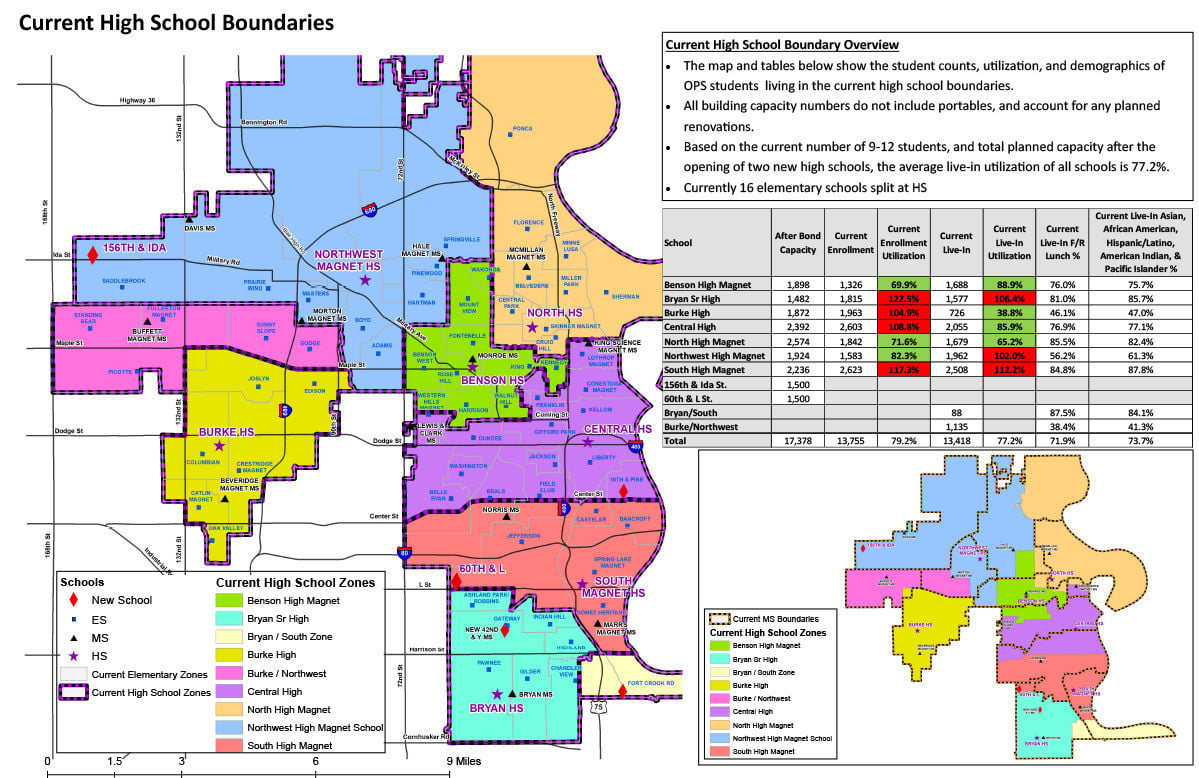 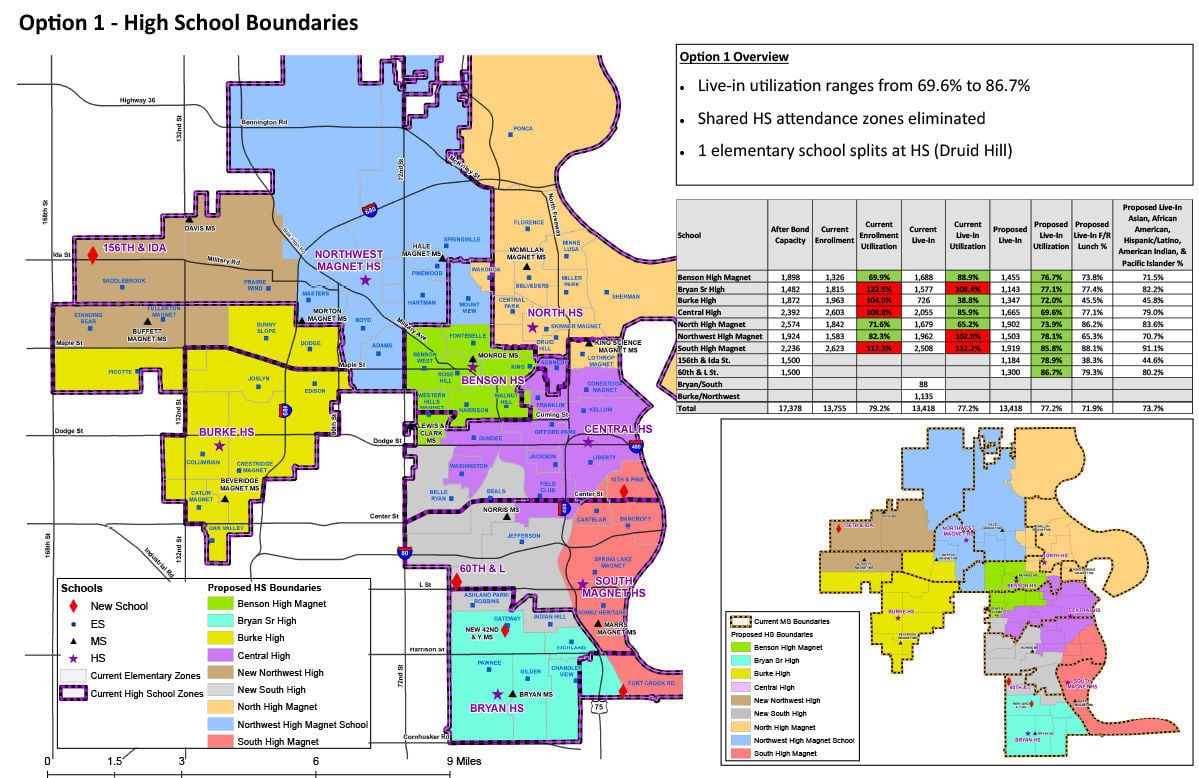 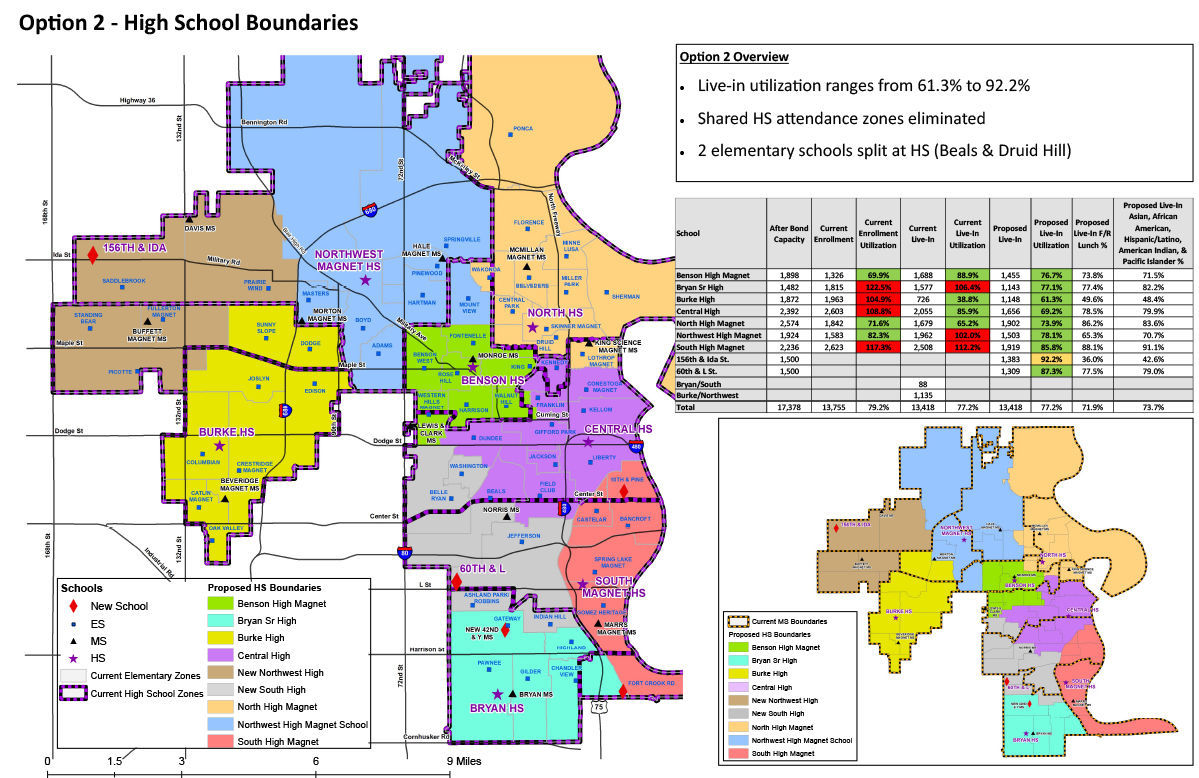 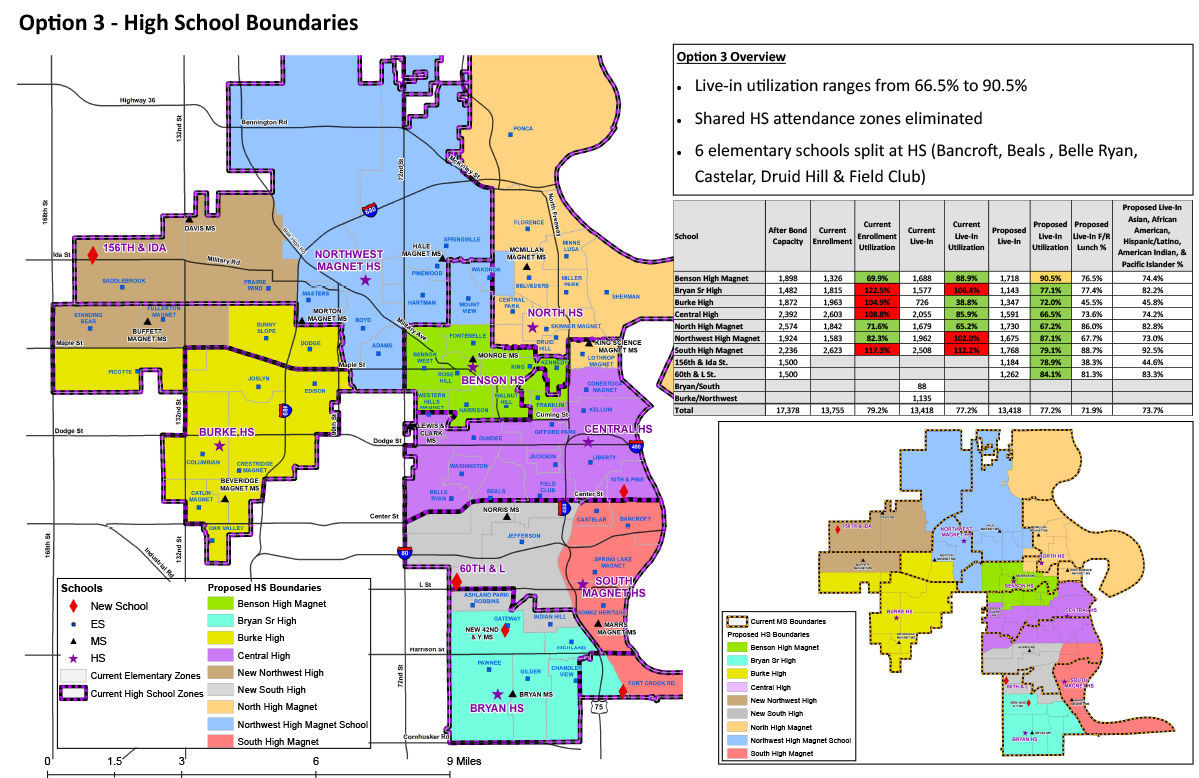 The colorful maps of high school boundaries have been scrutinized, compared and passed around.

At tables in high school gyms and cafeterias around Omaha, parents and neighbors have stared at the maps and tried to discern how the squiggly and straight lines would change the Omaha Public Schools’ high schools.

Starting in August 2022, OPS will have nine high schools — schools will be built at 60th and L Streets and 156th and Ida Streets. The new schools each will have a capacity of 1,500 students.

The high schools will need students, and existing schools are overcapacity and need relief. That is prompting the district to revisit the boundaries for existing high schools.

Current fifth- and sixth-graders will be most affected by the boundary changes because the schools will be opening just as those students enter high school. Younger students will enter high school after the changes already have taken place.

The district has held four community meetings about the changes, and three more meetings are scheduled.

Parents and community members who attend the meetings are given an overview of the boundary-setting process. People then break up into small groups to study three options that change the school boundaries in different ways.

The options, district officials said, are not final. Instead, they’re a starting point, and the meetings are a way of collecting feedback.

Parents have offered plenty of feedback.

In west Omaha, many parents have said they want their students to attend the new high school at 156th and Ida. Other parents said they worry that the school will be filled mostly with white students.

Other parents said they worry that changes to the boundaries will lead to more students opting into such school districts as Westside, Elkhorn and Millard, or going to parochial schools.

Parents in South Omaha said anything that can be done to help reduce overcrowding at South High would be welcome.

Joe and Sancia Orr attended last month’s meeting at Burke High School. Their children’s transportation has been a concern for the couple, so when they looked at the maps, they noticed that major highways lie between some students who walk to school and their school buildings.

Sancia Orr said changing schools’ attendance boundaries is a complicated process, but she was happy that OPS was taking feedback on the options.

Many parents and community members have said they want OPS students to continue to have a choice about where they go to school. District officials have reiterated that this still will be the case.

Once officials establish the new boundaries, they must update the district’s student assignment plan, which establishes rules for where students can get district-provided busing.

Community groups are hosting their own meetings outside of those hosted by the district. At a Thursday evening meeting for people living in the Dundee area, school board President Marque Snow and board member Ben Perlman both said they support providing as much transportation as possible to get kids to the schools they want to attend.

Feedback on the options also can be shared at boundary.ops.org.

How to fix Nebraska's struggling schools: State efforts worked in Loup County, but not yet in Santee