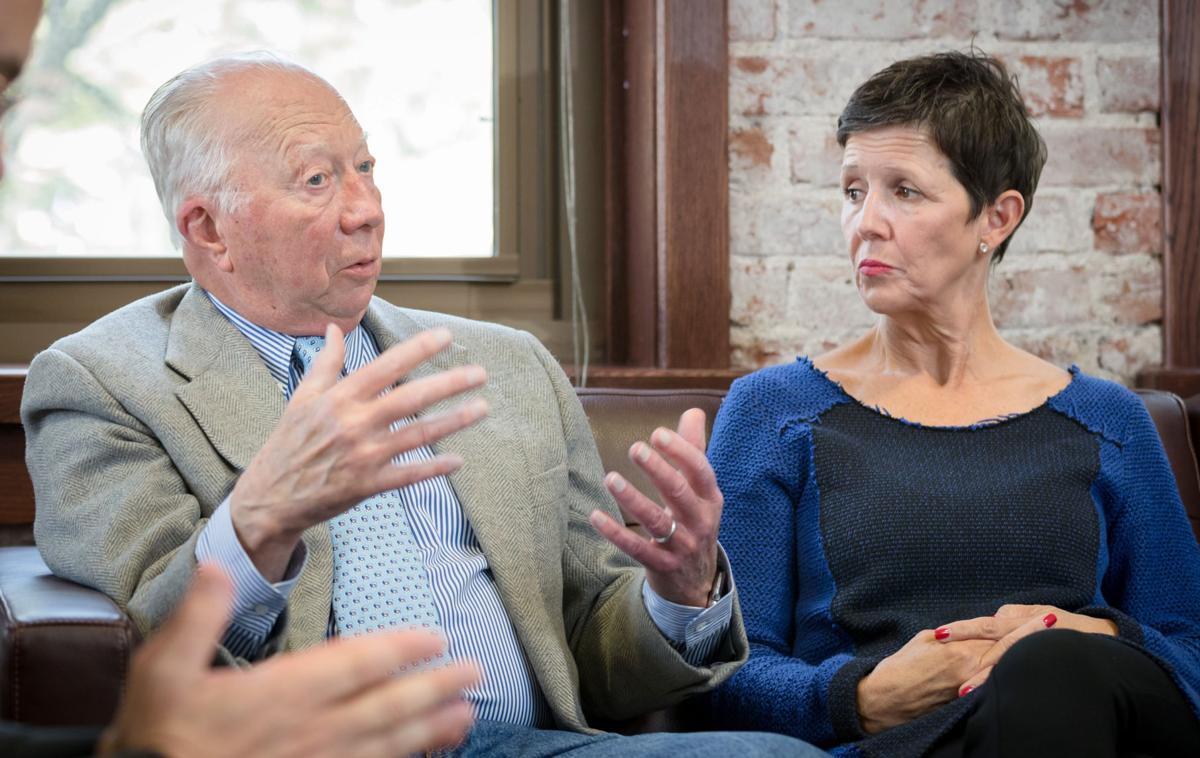 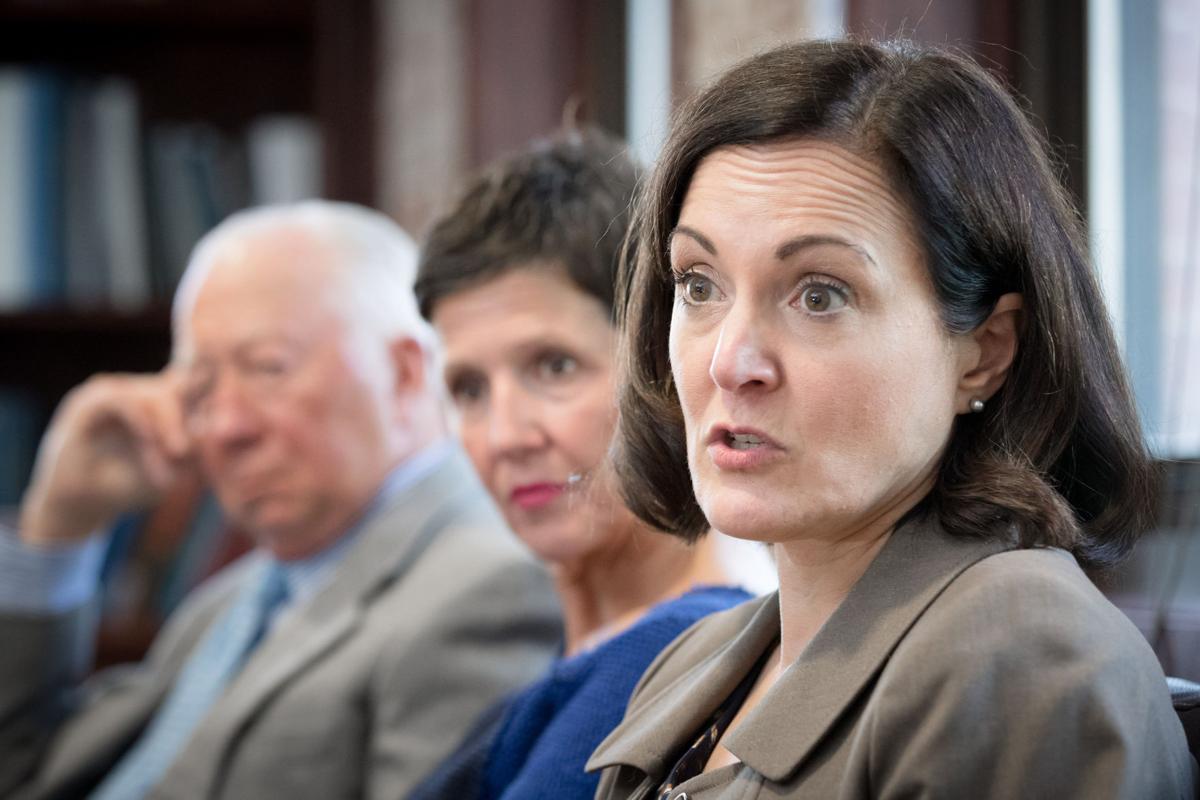 Creighton College of Arts and Sciences Dean Bridget Keegan, right, said every student at the university will be touched in some way by the funding.

Creighton College of Arts and Sciences Dean Bridget Keegan, right, said every student at the university will be touched in some way by the funding.

George Haddix’s preference for hunting and fishing while a student at North High gave little hint of the entrepreneur he would become.

Haddix has donated to other schools he has attended, including North High, Doane University and the University of Nebraska at Omaha. And he has influenced the metro area’s view of the need for collaboration when it comes to science, technology, engineering and math, now widely known as STEM. When people in different subject areas work together, Haddix said, they see things in new ways.

“And there are certain things that they can do better together,” Haddix said last week. “You’re always fighting the isolation problem, of different colleges (or disciplines) not talking to each other.”

Haddix has funded UNO community “chairs,” or leadership positions, in education, math, science and the physical sciences to work together to improve STEM education and research.

Haddix wants “cross-pollination” among those in education and those in math, for instance, so teachers of math understand their subject.

Grandgenett and others say Haddix was an inspiration for a regional effort to improve STEM education, research and innovation involving businesses, schools, universities, organizations, museums and the Henry Doorly Zoo & Aquarium.

The effort, called the Omaha STEM Ecosystem, is all about breaking down barriers, and Haddix is a big proponent of that, said Julie Sigmon, director of that group.

For his part, Haddix says STEM projects are best when they keep a sharp focus.

“This STEM thing has kind of caught fire nationally,” Haddix said. “In general, I think it’s good. ... Sometimes these things, they get so popular that they don’t have any meaning anymore.”

He said there are many STEM programs for young kids. His focus is on older students, at the high school and college levels.

That’s where Creighton comes in. Haddix, who earned a master’s degree in math at Creighton and taught there from 1969 to 1971, said Creighton will maximize the use of the $10 million.

The 8,650-student university is small enough for professors of different disciplines to know one another and work together, he said, but big enough to offer a spectrum of schools and colleges — medicine, dentistry, nursing, law, and arts and sciences.

“We’ll see some good results from doing this at Creighton,” Haddix said.

Creighton and the Haddixes agreed on four initiatives for the $10 million:

» Faculty Research Incubator — This initiative aims to give professors opportunities to focus on research.

» Ignatian Advising Program — The program will give students chances to consider their higher purpose, perhaps through a sophomore retreat or cultural events attended by students and professors.

Bridget Keegan, dean of arts and sciences at Creighton, said every student at the university will be touched in some way by the funding.

“This is just absolutely a transformational gift,” Keegan said.

Susan Haddix said one of her goals for the money is simple.

Creighton initially called it the largest gift for academic programs in university history, then modified that to the biggest gift to Creighton’s College of Arts and Sciences.

“I’m sure some people would say we were poor, but we weren’t poor at all,” he said.

Haddix started his college career at Doane, to which he has donated enough money to have his name on the Doane rec center and arena. Haddix typically doesn’t reveal how much he has donated but made an exception with the $10 million gift to Creighton.

Haddix said when Iowa State approaches him for money, he says, “Go see my son.”

While teaching at Creighton in the late 1960s, Haddix started a consulting firm providing mathematical models for water systems and other projects.

Through his career, he was chief executive officer, president or founder of numerous companies, including Applied Communications, CSG Systems and PKWARE.

His companies provided such things as data security, billing software, software related to ATMs and other services.

Haddix’s first wife, Sally, died eight years ago. He married Susan, who is 55, three years ago.

Haddix retired a few years ago but still goes to his Ralston office to manage his investments and study.

And he continues to hunt and fish, just as he did when he was a boy. He and his wife have a German short-haired pointer hunting dog. His name is Buck.

The gift from alum and former faculty member George Haddix and his wife, Susan, will go toward four initiatives, including renovation of the Rigge Science Building labs, and will "impact generations of students in the College of Arts and Sciences," Creighton University's president said.