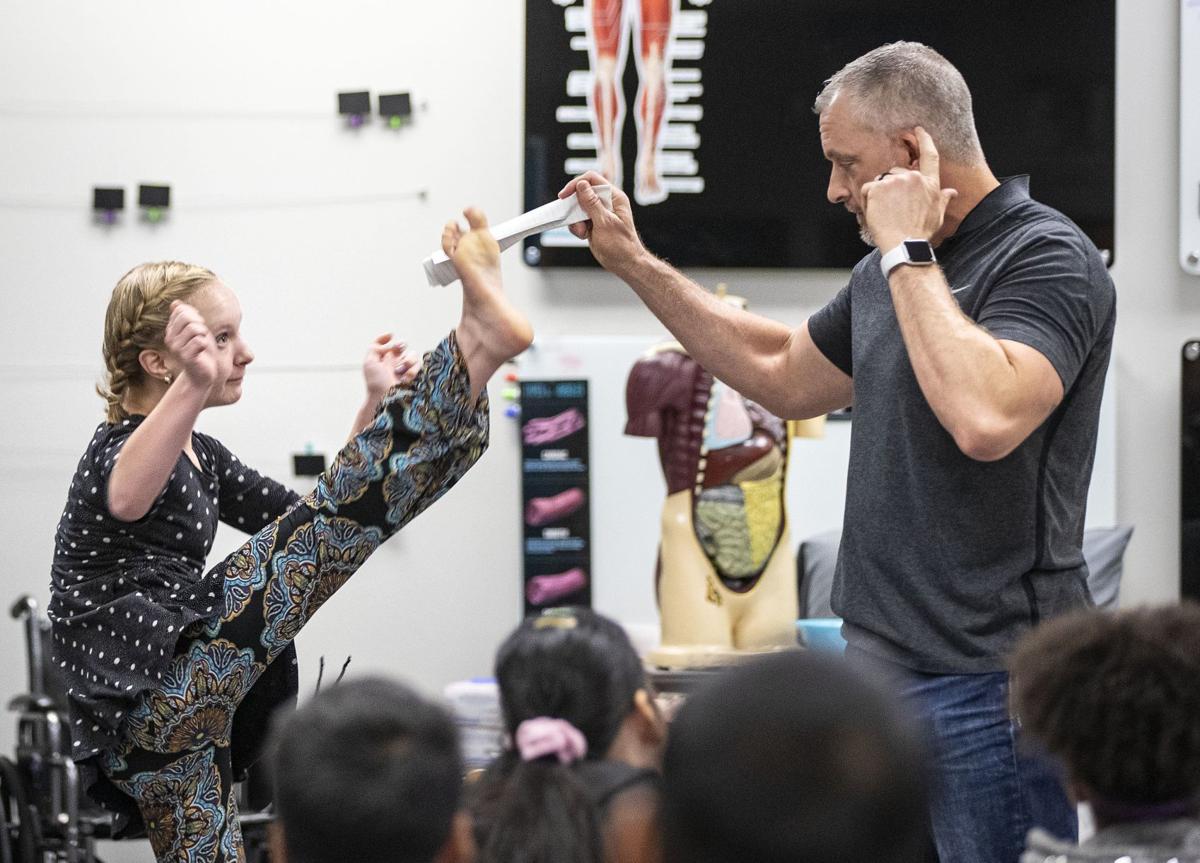 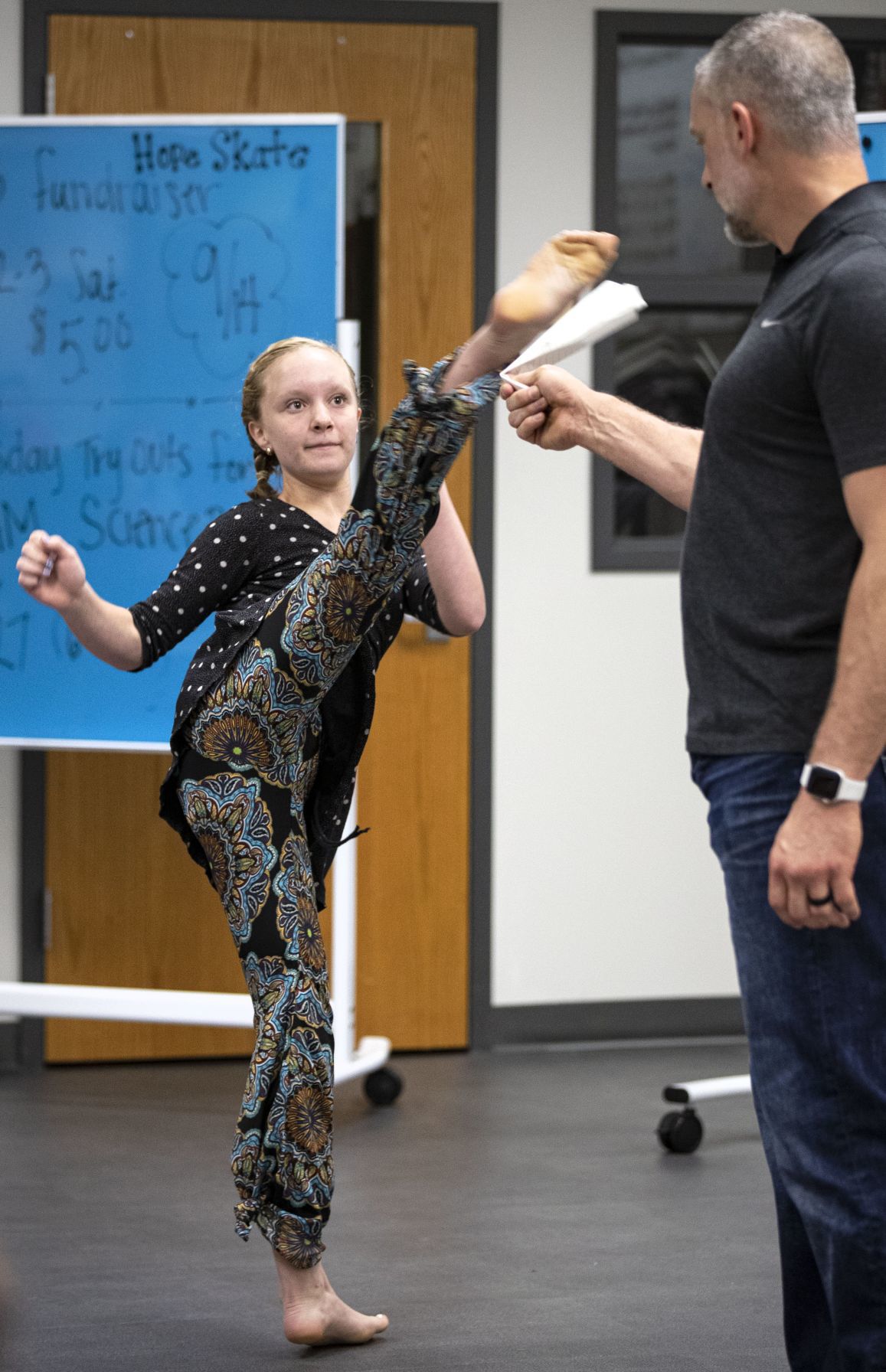 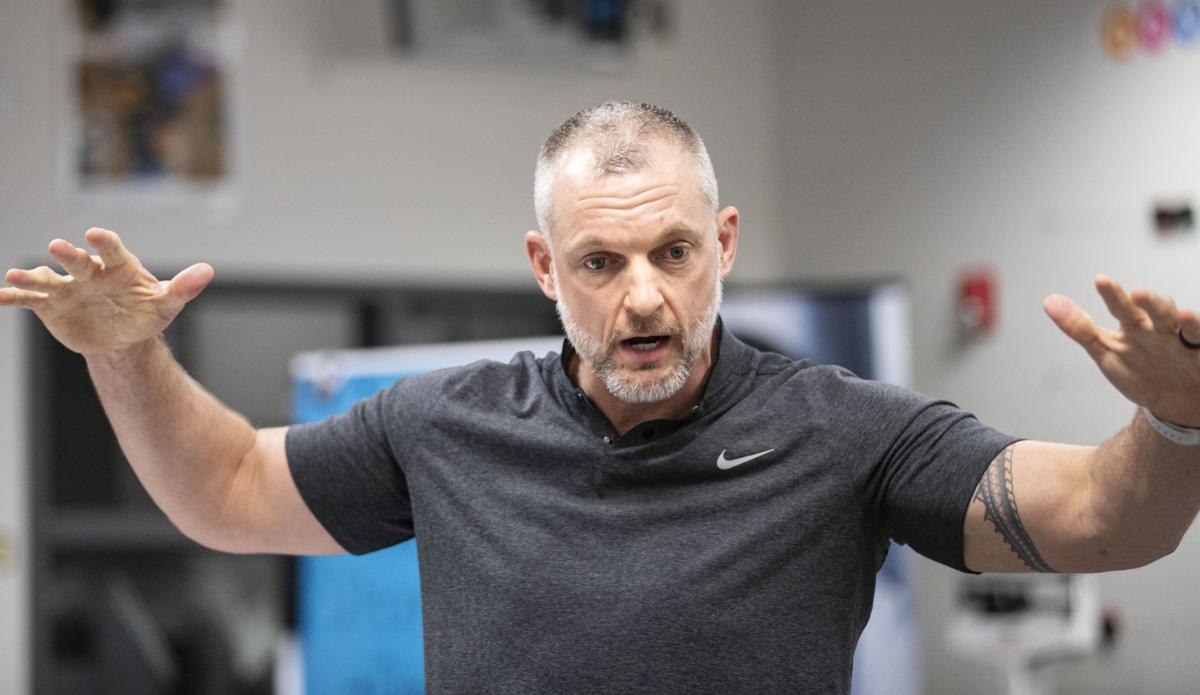 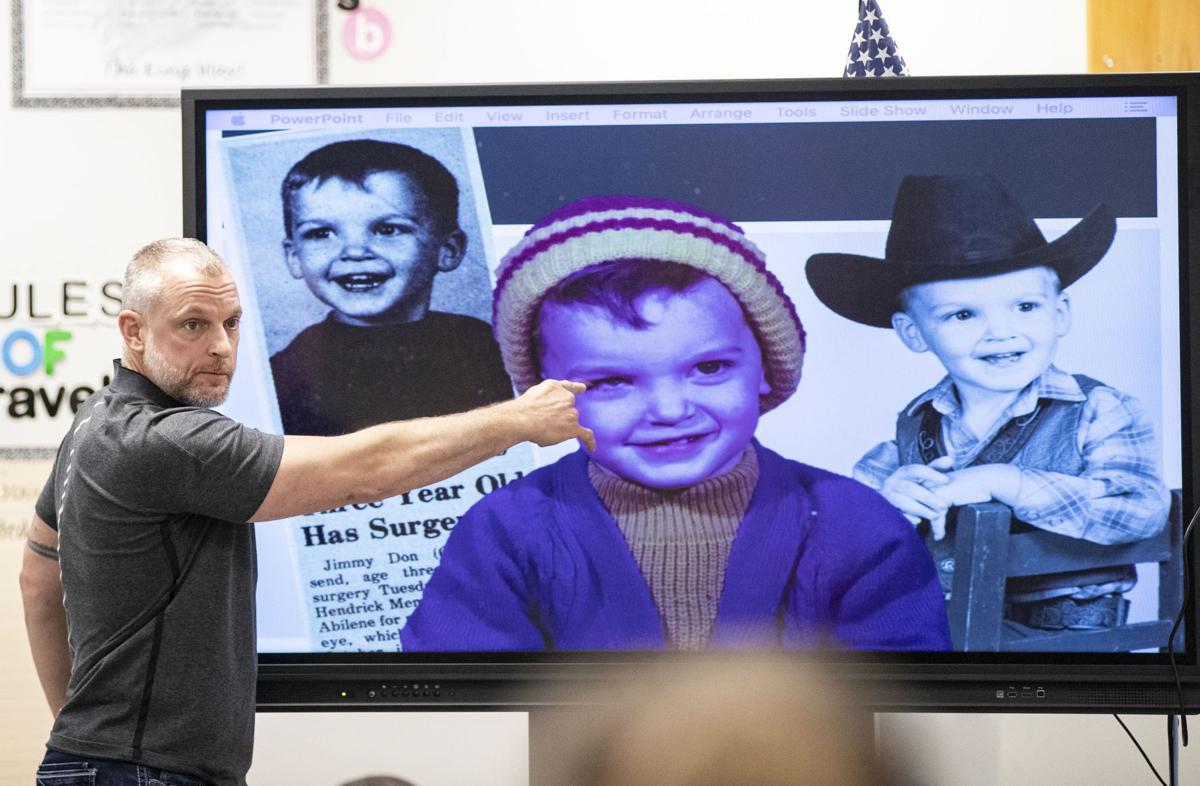 Chip Townsend, a martial artist, speaks to students Friday at King Science & Technology Magnet Middle School. Townsend lost an eye as a result of an accident in his early childhood. 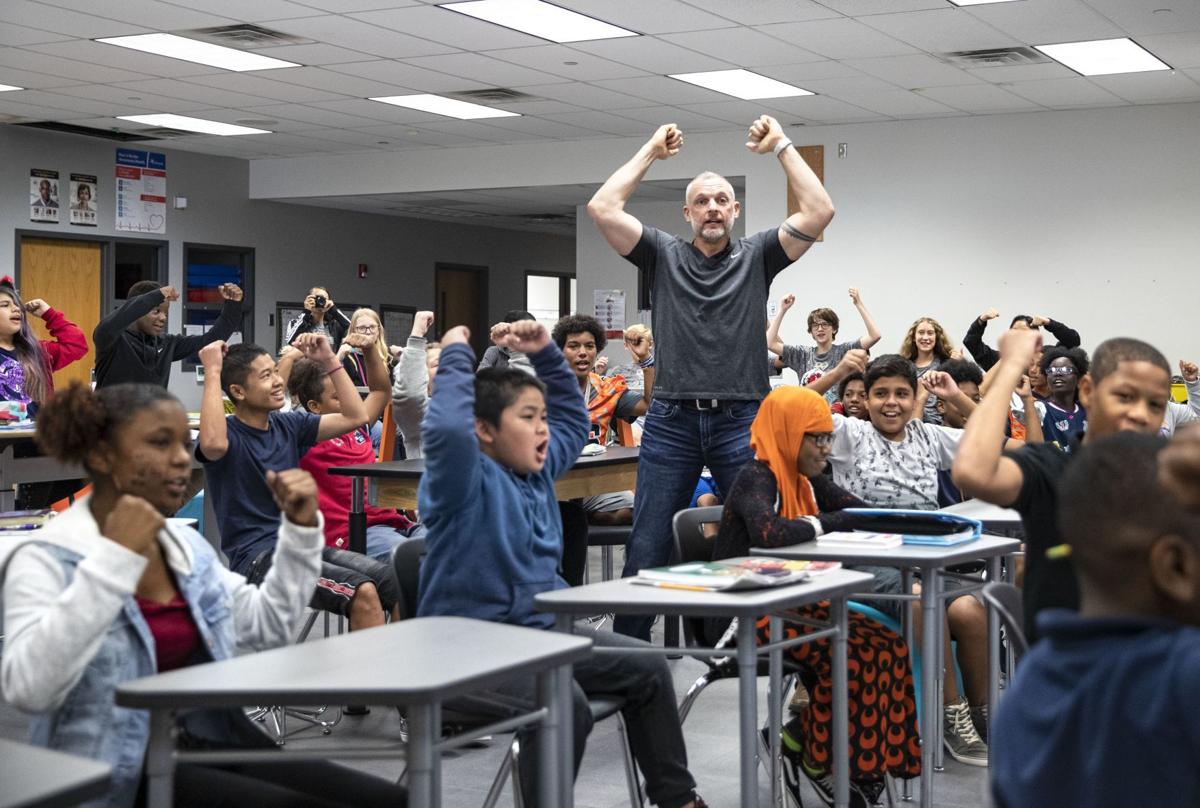 Chip Townsend, a martial artist, speaks to students Friday at King Science & Technology Magnet Middle School. Townsend lost an eye as a result of an accident in his early childhood.

She spun around and kicked again. And again.

At her father’s command, the 12-year-old kept kicking, showing off her martial arts skills Friday to a classroom full of students at King Science and Technology Magnet Center.

While impressed with Trinity’s skills, the students actually had gathered to hear a message from Trinity’s father, Chip Townsend.

Last year on ESPN, Chip Townsend kicked his way through 23 patio blocks. Townsend showed the students footage of him breaking boards and baseball bats, too.

But Townsend’s message, and the message he’ll deliver again next month in Omaha, was about leadership and the golden rule — treat others as you want to be treated.

When Townsend was 3 years old, he lost an eye in an accident involving a metal rod.

Townsend told the students that growing up with a prosthetic eye was difficult. He bumped into walls and had terrible depth perception. Sometimes, he said, his eye would fall out, including once when he sneezed while walking to the lunchroom at school.

The Abilene, Texas, native started studying martial arts after a bully threatened to poke his other eye out.

Townsend, who has been giving talks for 25 years, told the students that it’s never too early to be a leader and to understand that their actions have consequences.

“My motive is service,” Townsend said. “To serve people. To help people see that there’s more to them than what they many times realize or are led to believe by pop culture and society.”

When Townsend returns to Omaha next month, he will be the keynote speaker at Outlook Nebraska’s annual Vision Beyond Sight banquet. The organization provides employment and other opportunities for blind and visually impaired people.

Omaha's stately old downtown high school already had a long reputation as a strong college preparatory school when G.E. "Doc" Moller arrived. But he maintained that reputation with high expectations of both students and staff.