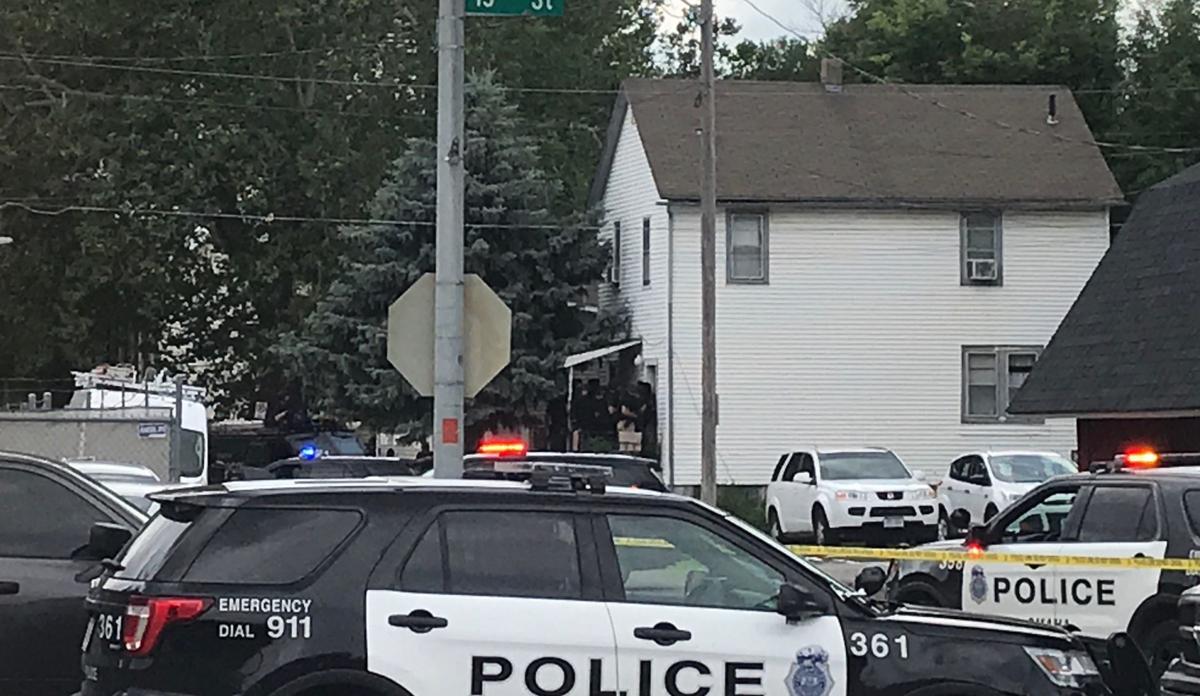 Police surround a home near 14th and Pine Streets on Wednesday after detectives were shot at. 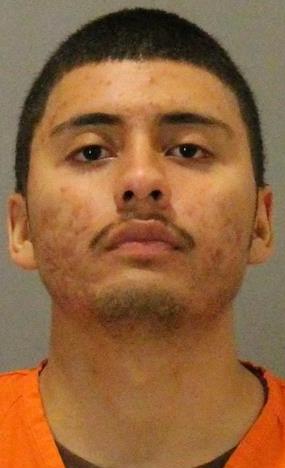 An 18-year-old man has been arrested after gunshots were fired at police officers Wednesday afternoon in southeast Omaha.

Omaha police said Detectives Darren Cunningham and Jeffrey Wasmund and intern Seth Pester were in an unmarked car near 17th and Castelar Streets when they spotted two males sprinting from behind a house and dashing into a silver Honda Accord. The officers started following the Honda and asked patrol cars to respond to the area.

Police later learned that the two males had tagged a building with gang graffiti.

The detectives followed the Honda to near 14th and Hickory Streets, then north through an alley between 13th and 14th Streets at Hickory. As the detectives were following the car, the front passenger’s hands emerged from the vehicle and appeared to be motioning for the detectives to get closer. As the vehicles went through the alley and approached Pine Street, the Honda turned west.

People in front of 1314 Pine St. then fired gunshots at the unmarked police vehicle, striking it twice — near the front bumper and front quarter panel, police said. No one in the police car was injured, and neither of the detectives fired their weapons, officials said.

Several people then fled , both on foot and in the Honda Accord. The Accord was stopped near Seventh and Bancroft Streets. The car’s occupants were taken to Central Police Headquarters for questioning.

Interviews of witnesses and those involved in the incident indicated that those riding in the Accord knew that people at the house on Pine Street were armed. Police said the driver of the Accord called someone at the house on his cellphone and said the car was being followed by a vehicle occupied by either rival gang members or police officers and asked that the people in the house intervene.

After the shots were fired, the person with the gun gave it to someone else, who took it away from the house, police said.

Six shell casings and one firearm were recovered from the scene during the investigation, police said.

Thursday afternoon, police asked for the public’s help finding 16-year-old Esai Pinales, who they said is wanted because of his involvement in the incident.

The investigation continues. Anyone with information is asked to contact the Omaha Police Department at 402-444-5600 or Crime Stoppers at 444-STOP.

Nyir Kuek faces two first-degree murder charges, two counts of use of a weapon to commit a felony and possession of a deadly weapon by a prohibited person.