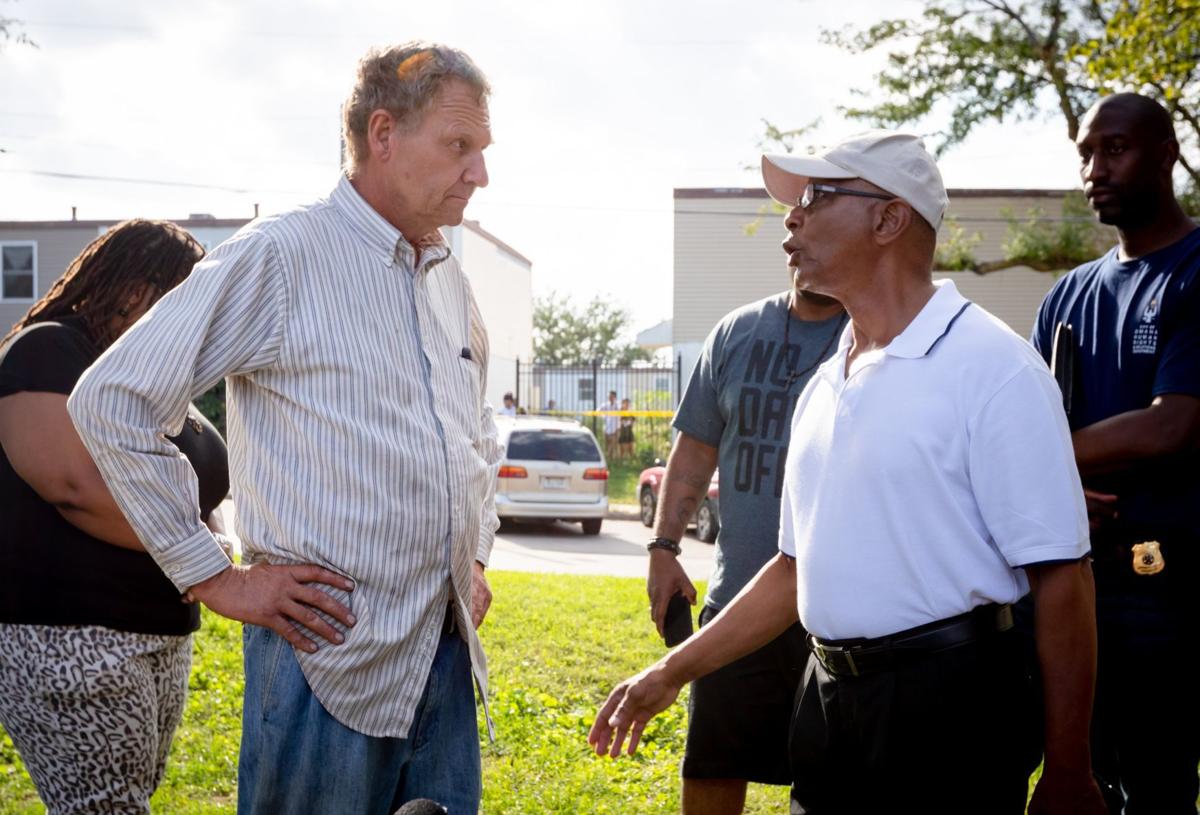 City Council President Ben Gray talks with Kay Anderson during the inspection. “People have to get to the point where they’re tired of seeing things like this,” Gray said. “This is the tip of the iceberg.” 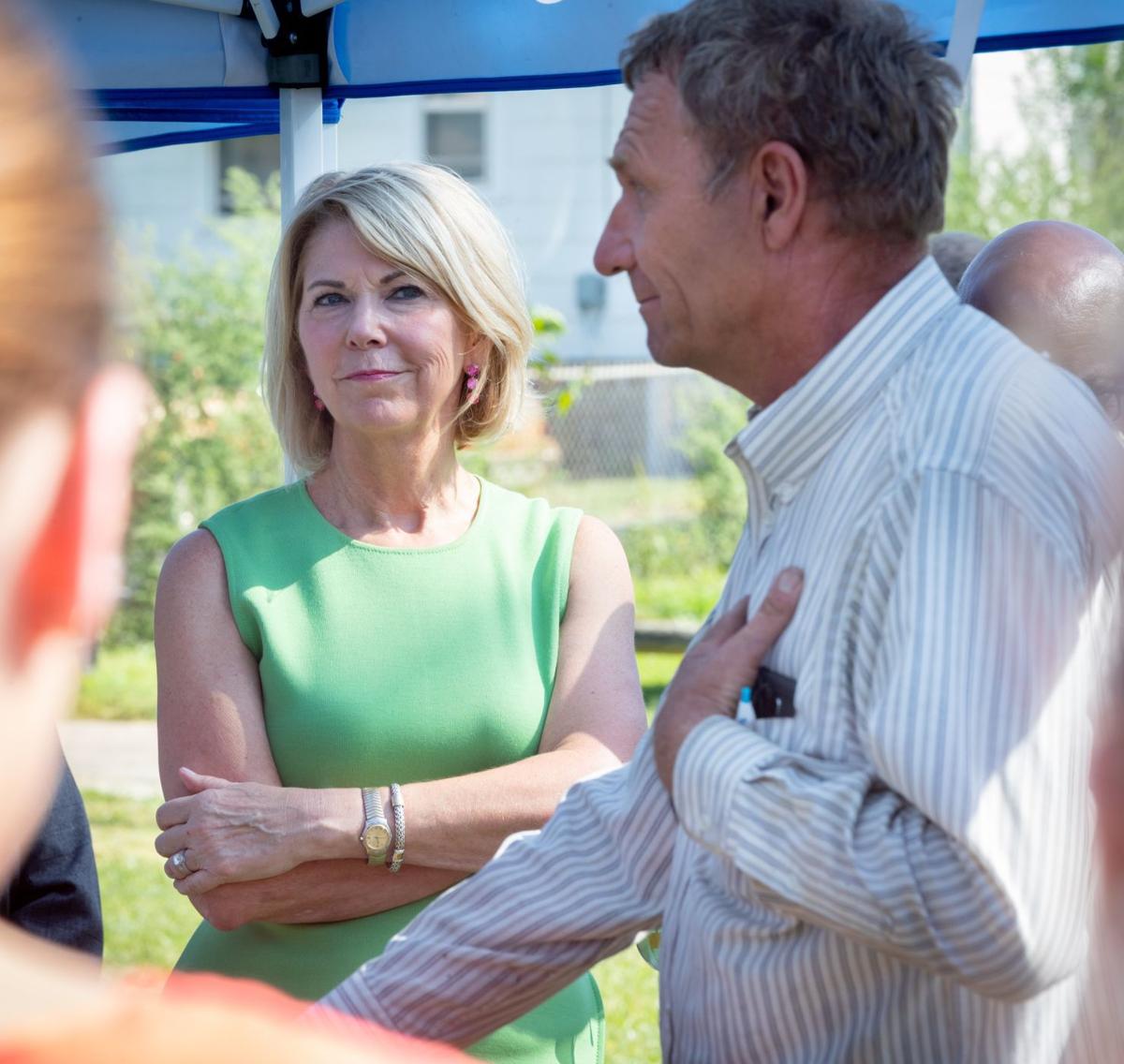 Omaha Mayor Jean Stothert watches as complex owner Kay Anderson, right, explains himself to the media as the City of Omaha inspects and the Yale Park Apartments at 34th and Lake Streets. 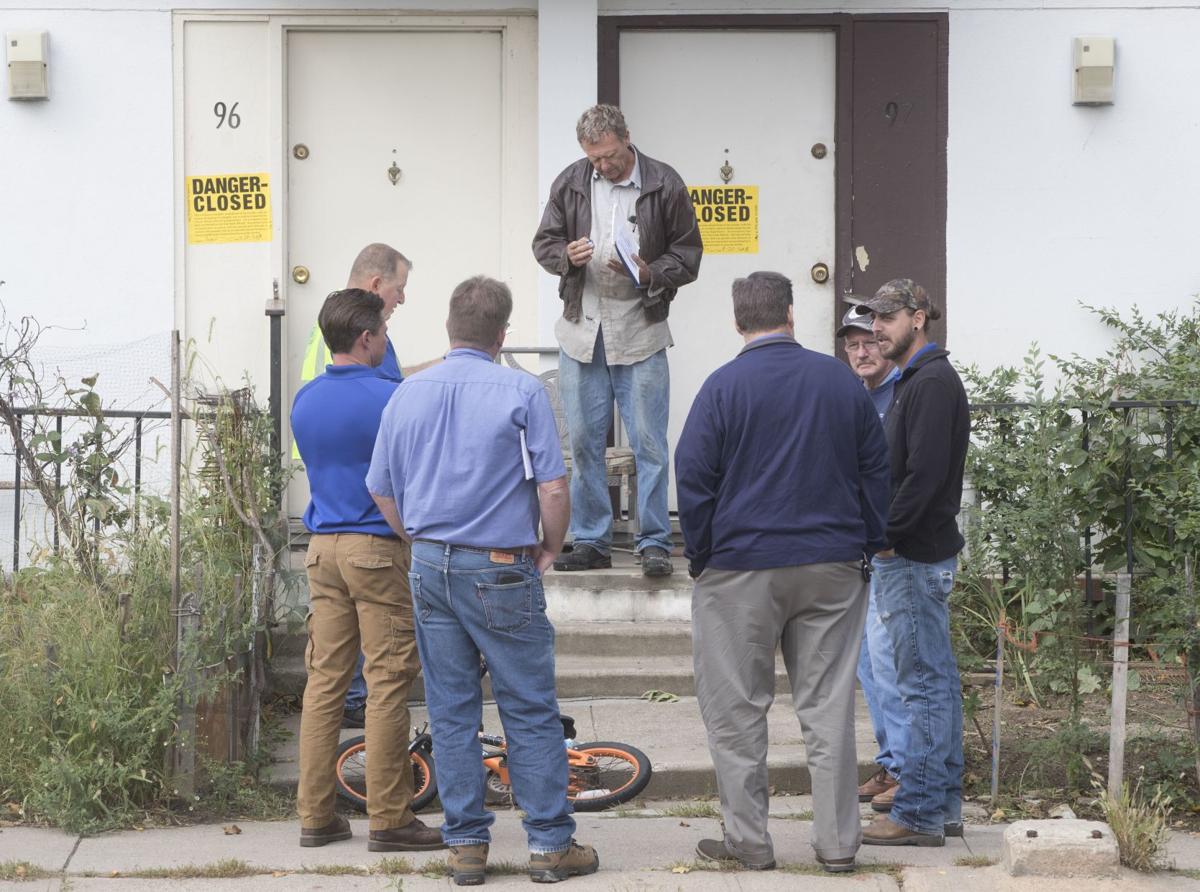 Yale Park landlord Kay Anderson, center, with inspectors on Sept. 21, the day after the property was evacuated.

City Council President Ben Gray talks with Kay Anderson during the inspection. “People have to get to the point where they’re tired of seeing things like this,” Gray said. “This is the tip of the iceberg.”

Omaha Mayor Jean Stothert watches as complex owner Kay Anderson, right, explains himself to the media as the City of Omaha inspects and the Yale Park Apartments at 34th and Lake Streets.

Yale Park landlord Kay Anderson, center, with inspectors on Sept. 21, the day after the property was evacuated.

The landlord of the Yale Park Apartments has filed a federal lawsuit against the City of Omaha, several city officials and a refugee advocacy group, alleging that all conspired to shut down the apartment complex to put him out of business.

The lawsuit was filed Monday in U.S. District Court, the latest development in the six-month fight over the conditions found in the north Omaha apartment complex where 500 refugees from Myanmar lived until they were evacuated by the city on Sept. 20.

“The defendants have not ceased in their active and continuous smear campaign to intimidate and destroy the reputations of plaintiffs and fulfill their ultimate goal of bulldozing and taking over the Yale Park Apartments regardless of their actual condition,” the lawsuit says.

City officials said at the time that the mass inspection and evacuation of the 100-unit complex near 34th Avenue and Lake Street was a humanitarian effort required to rescue tenants living with gas leaks, electrical problems, mold and bug infestations.

Stothert said Monday that she hadn’t seen the lawsuit yet, but she defended the city’s actions.

“The city’s effort was necessary for the health and safety of many,” she said. “We will vigorously defend.”

Gray said he hadn’t reviewed the suit and couldn’t comment. Hannah Wyble, the leader of Restoring Dignity, said the same.

The lawsuit contends that Restoring Dignity, which works with local refugees, pressured tenants into signing housing complaints that were filed with the city, not turned in to Anderson so he could address them or make repairs.

Based on those complaints, the city launched the inspections, “a public spectacle designed to intimidate, threaten, bully, harass, embarrass, and coerce plaintiffs and create, inflate, and exaggerate issues with the Yale Park Apartments to justify their actions,” the suit says.

Inspectors cited the property for almost 2,000 building code violations, and Anderson has been charged with 99 misdemeanors, to which he has pleaded not guilty.

The lawsuit says the defendants violated Nebraska’s Landlord-Tenant Act, the city’s 2015 settlement with the Metropolitan Omaha Property Owners Association and Anderson’s civil and property rights. It alleges that Anderson has been targeted because he rented to minority tenants. It seeks unspecified damages and asks that the Yale Park Apartments be reopened.

Meanwhile, Anderson is being sued by dozens of his former tenants, and he has countersued them, saying they didn’t take care of their apartments.

City of Omaha housing inspectors descended Sept. 20 on a north Omaha apartment complex to inspect units and potentially remove and relocate up…

Omahans can weigh in Tuesday on proposed ordinances for landlord registries, property inspections

The City Council is set to hold a public hearing on competing proposals for new landlord registries and inspection regimes that range from lenient to strict, with varying fees and penalties.

I'm actually glad to see this. No government entity - whether it be a local municipality or our federal government - should be able to operate with immunity.

Also, when did Ben Gray actually start caring about what happens in District 2? When there's a photo op?

Thanks Jeff Hicks! You nailed it, sir!

Jeff, you are 100 percent correct!