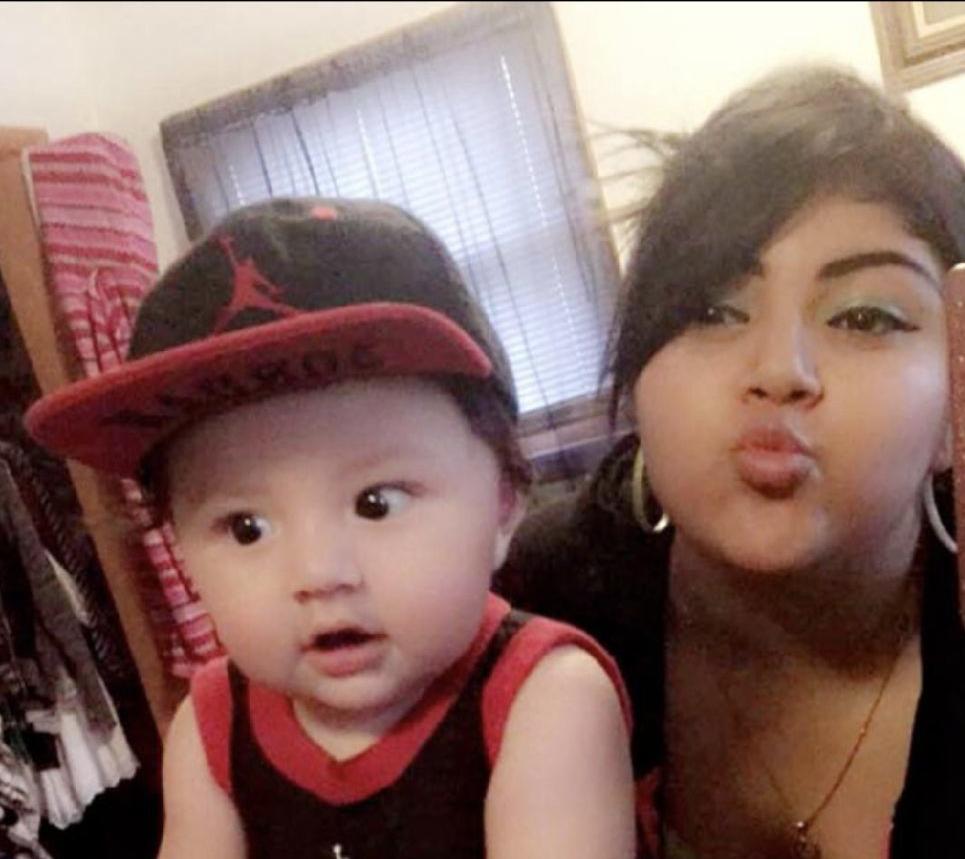 Brenda Barrera with one of her four children. Since Barrera’s detention, her mother has cared for the children. 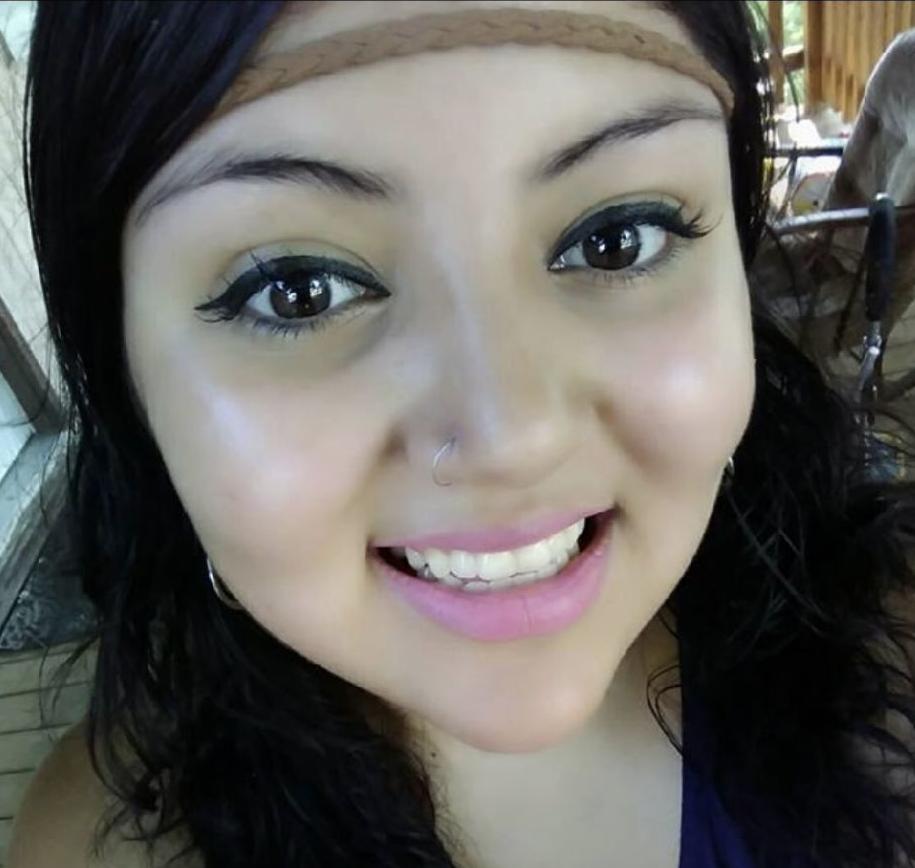 An undocumented woman who was physically assaulted by her ex-husband is scheduled to be deported Wednesday. The undocumented man, meanwhile, is not even in federal custody.

Lawyers for Brenda G. Barrera had requested a postponement of the deportation because of Barrera’s pending application for a U visa, which is granted to victims of certain crimes.

But despite preliminary approval of her visa application, the Department of Homeland Security denied the postponement and ordered Barrera’s removal from the U.S., citing her criminal background, her lawyers said.

Barrera, 24, of Crete, has been convicted of third-degree assault involving her ex-husband, disturbing the peace and shoplifting goods worth less than $200, all misdemeanor charges.

“We have had multiple (postponements) granted in the past four months for individuals with more significant criminal history ... so this result is shocking as well as heartbreaking,” said Lauren Schmoke, one of Barrera’s immigration attorneys.

Meanwhile, Walter Diaz Solis, 31, has twice been convicted of third-degree assault, a misdemeanor, in incidents involving Barrera. He also awaits trial on another misdemeanor assault charge against her.

Diaz Solis has been arrested multiple times and accused of domestic abuse against Barrera, including choking her, punching her when she was pregnant, putting his fingers down her throat and slapping her. The two had been married and in a years-long relationship but are now divorced, and they have three children together. (Barrera has another daughter from a previous relationship.)

Shawn Neudauer, a U.S. Immigration and Customs Enforcement spokesman, said Diaz Solis is not in ICE custody. Neudauer said he could not release any information on Barrera, who was born in El Salvador.

“ICE would never announce operational activity in advance for security reasons,” he wrote in an email.

Carlos Monzon, Diaz Solis’ criminal attorney, declined to comment on the pending criminal case or provide contact information for Diaz Solis’ immigration attorney. Diaz Solis, who was born in Guatemala, could not be reached.

Barrera’s attorneys say officials’ decision not to postpone her deportation as she awaits the visa is “stubborn” and not in line with previous decisions.

“I’ve never seen this lopsided situation where the victim gets punished but the perpetrator is rewarded,” said Bassel El-Kasaby, another of Barrera’s immigration attorneys.

In March, Barrera applied for a U visa, a type of permanent legal status given to victims of crimes who help law enforcement during the prosecution or investigation of a crime. Domestic violence is one of the qualifying crimes.

Barrera’s application referred to an assault in August 2016 in Crete. She was on the phone outside of a friend’s house when Diaz Solis arrived and accused her of hiding things from him, according to an affidavit.

Diaz Solis pushed Barrera and put his hand around her neck, the affidavit says. Barrera “experienced pain and was running out of breath” when Diaz Solis finally let go, according to the affidavit.

Diaz Solis was initially charged with third-degree domestic assault and disturbing the peace. He pleaded no contest to an amended third-degree assault charge. The second charge was dropped. He was sentenced to a year of probation.

Tad Eickman, the Saline County attorney, signed Barrera’s application certifying that the facts of the case are correct and that Barrera was a victim of a crime.

There is a backlog of at least 230,000 U visa applications awaiting approval because only 10,000 U visas are granted each year. But Barrera’s has received a “positive predetermination,” which means that officials consider her application to have merit.

El-Kasaby said he has never seen an application that receives that early designation later be denied.

El-Kasaby referred to a 2009 ICE memorandum that says unless there is evidence that the applicant is a national security threat, is a human rights violator, has a significant criminal history or raises public safety concerns, officials should postpone deportation.

“This undercuts the whole point of a U visa,” El-Kasaby said. “The victim shouldn’t be afraid to pursue the perpetrator. It’s bad policy.”

According to an inmate database, Barrera is being held at the Cass County Jail, which also serves as an ICE detention facility. She entered the U.S. illegally as an unaccompanied minor in 2004 when she was 10 years old.

Her four children have been cared for by her mother since Barrera was detained in September.

Lawyers had requested a “credible fear interview” based on some threats that Diaz Solis has made to Barrera’s mother, threatening Barrera harm when she returns to El Salvador, El-Kasaby said. Barrera isn’t entitled to one because of her specific immigration case, he said. It was their last hope to extend Barrera’s time in the U.S., he said.

In March, Barrera wrote a 10-page letter in Spanish explaining her situation and the abuse she has endured over the years.

“This relationship full of violence has caused me a lot of trauma,” Barrera wrote. “Have God touch your heart and I can be released so I can go back to the arms of my four beautiful children who need my love and dedication.”

Midlands Voices: Survivors of domestic violence deserve to be heard

The writer, a former Omaha Police Department detective, is a co-founder of Men Against Domestic Violence Action Coalition, based in Omaha.

Where does the mother live?

ICE needs to find this "Father of the Year" and ship the entire family back to where ever they came from.

The headline should read Illegal alien to be Deported.

She should have been working for one of Trump's businesses that knowingly employ illegal immigrant workers and she would have been safe from being deported.

So, the solution according to the law is simple here, deport all of them, they are here illegally, they have committed crimes, send them packing.