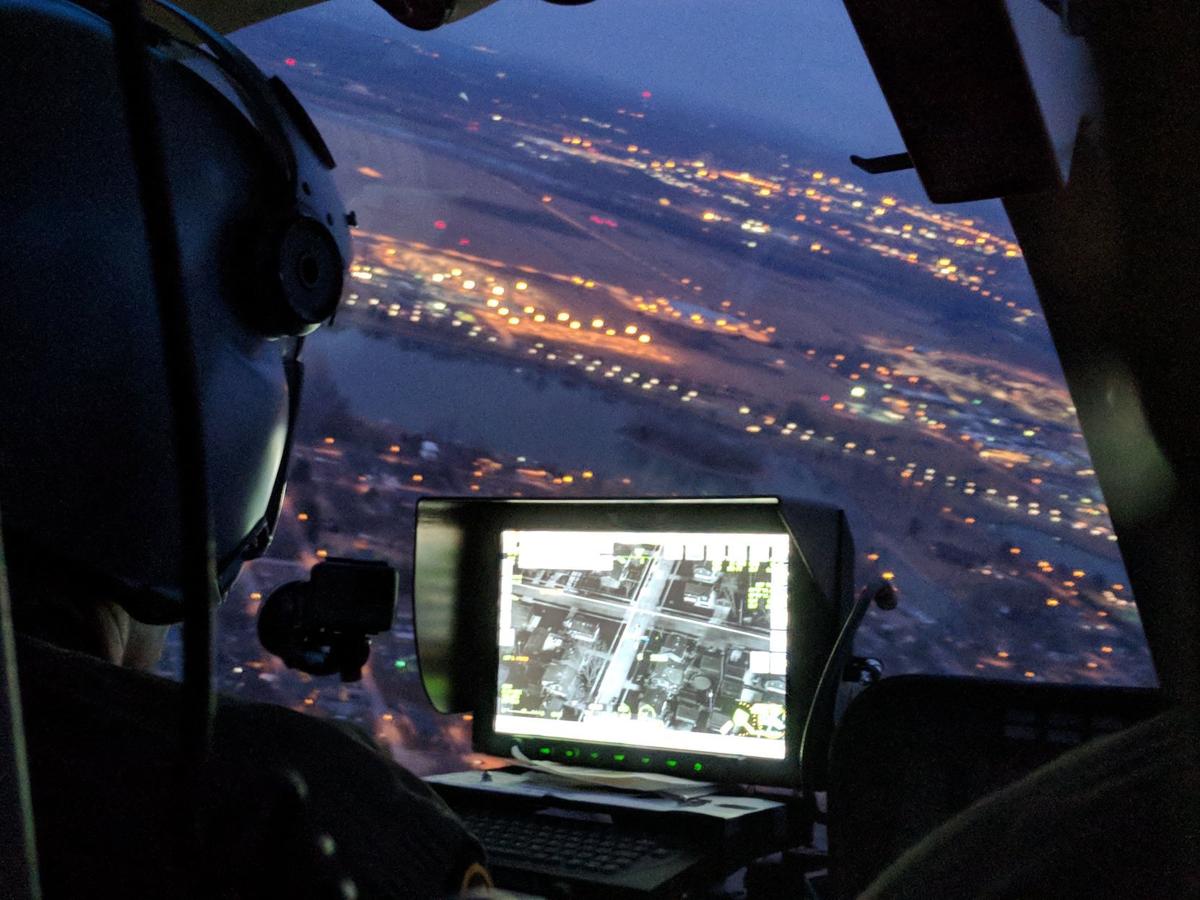 The Omaha Police Department helicopter now has enhanced tools for aiding in searches and other operations. 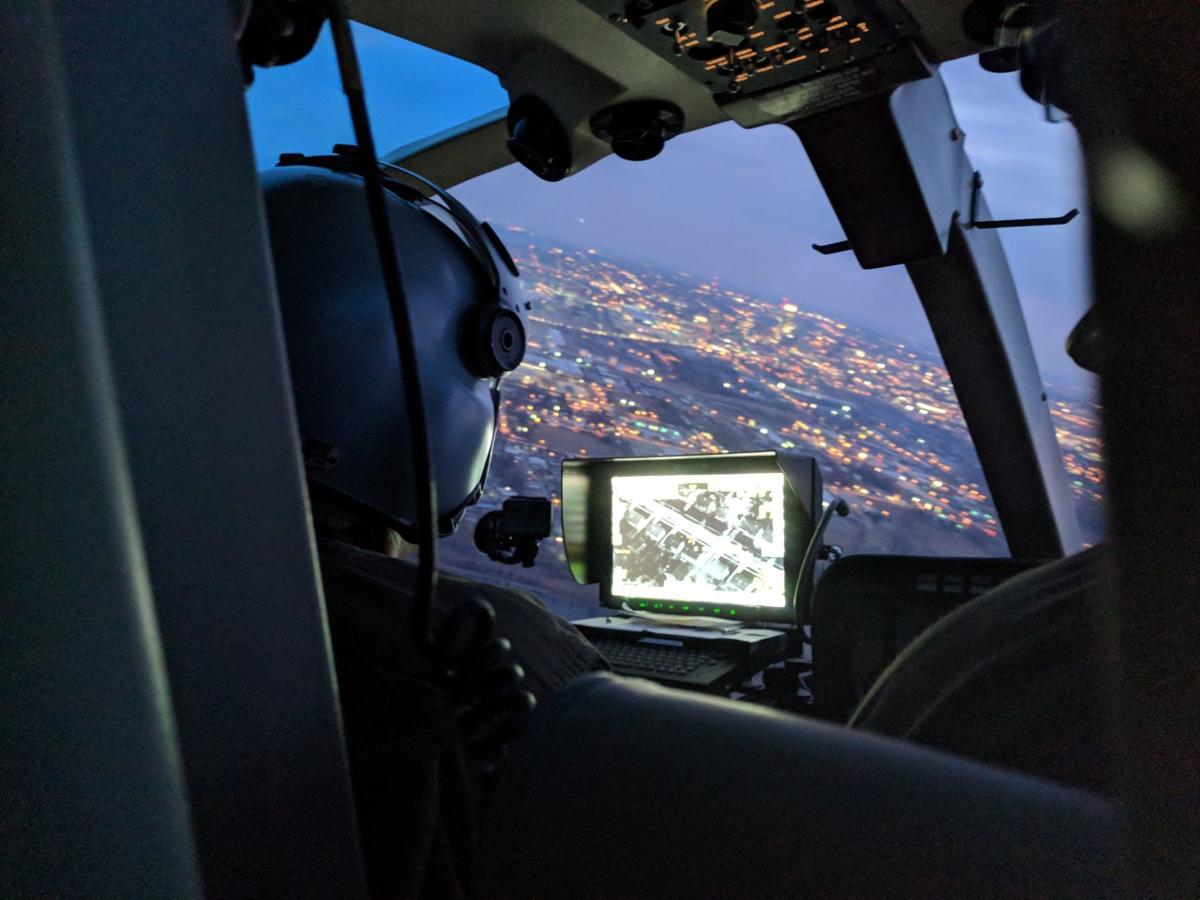 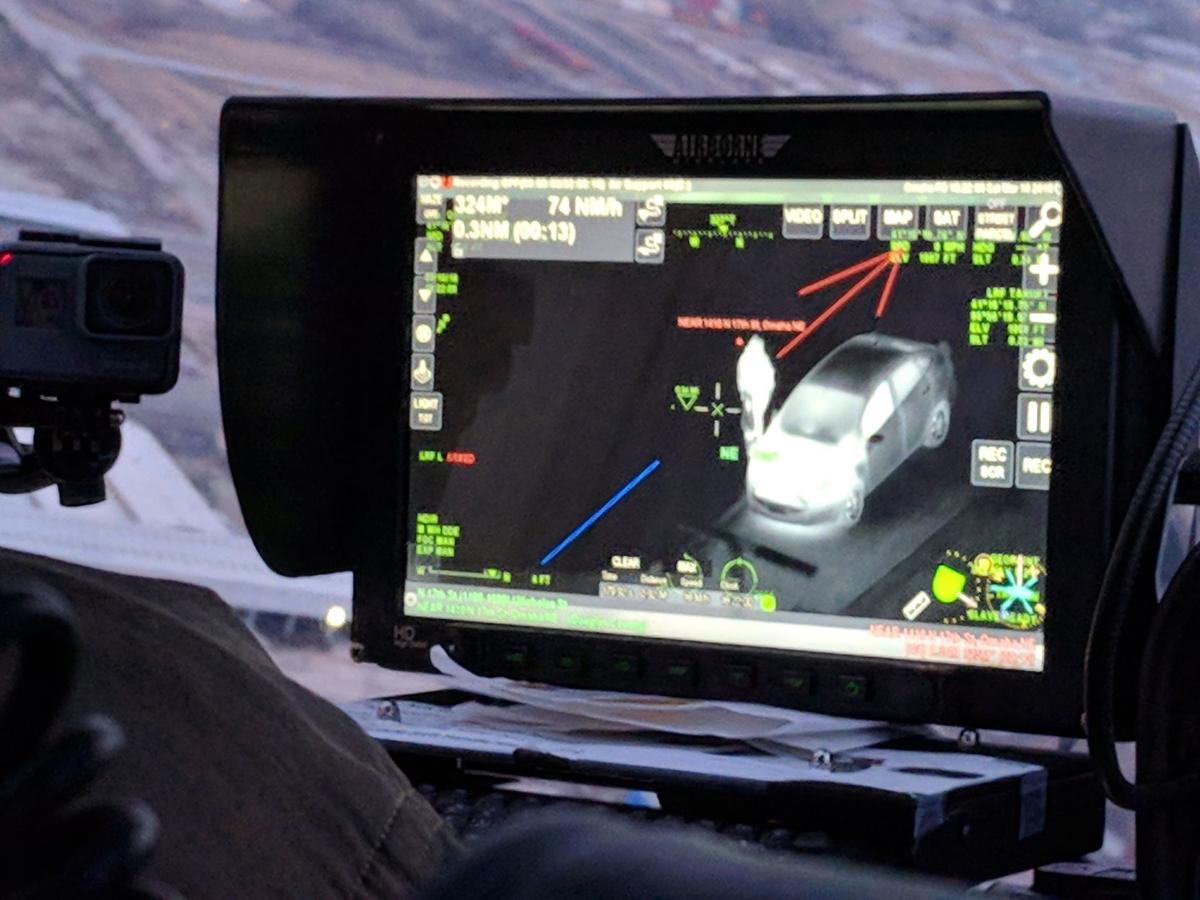 The Omaha police budget and a Douglas County bond issue paid for the two cameras, the mapping systems, high-definition monitors and installation fees.

The Omaha Police Department helicopter now has enhanced tools for aiding in searches and other operations.

The Omaha police budget and a Douglas County bond issue paid for the two cameras, the mapping systems, high-definition monitors and installation fees.

New technology gave Omaha police officers a boost Saturday evening as they tracked a man in east Omaha who was suspected of driving a stolen motorcycle and was possibly armed.

The department’s helicopter, known as Able 1, swooped in to follow the motorcyclist with a more precise camera-mapping system.

The motorcyclist rode laps on Carter Lake’s small roads, but Messerschmidt was able to easily pinpoint the man’s location because street names instantly appeared on the digital monitor in the cockpit. And when he pointed a laser at the man, the system gave him a precise address for the man’s location.

“706 Redick Boulevard in Carter Lake,” Messerschmidt reported back to the officers.

The $1.4 million high-definition infrared cameras and integrated map systems will help police spot criminals or locate missing persons more accurately from roughly 800 feet up. Police say it will aid in collecting evidence for investigations and make it tougher for suspects to hide.

The air support unit, made up of seven sworn officers, two nonsworn mechanics and three helicopters, has been assisting officers from the sky for 20 years. During a 12-hour shift, pilots aim to be in the air for about five hours, although weather can prevent them from taking flight. In 2016, the unit spent 990 hours in the air and had 9,750 service calls.

Pursuits are the “bread and butter” of the air support unit, said Messerschmidt, and the helicopter can easily track a vehicle or person on the run without cruisers on the ground speeding to follow them, potentially causing a dangerous situation.

“When cruisers are chasing someone, that person keeps going faster and faster trying to get away so it gets more dangerous for the public and the police,” Messerschmidt said. “We are surveillance only ... it makes things safer all around.”

The new camera’s images are more detailed and crisp, and added features allow the officers to save time and be more efficient.

Officers can now mark a spot on their screen where an object (possibly a weapon or drugs) has been thrown by a person, and then circle back to those GPS coordinates to take a closer look after the person is in custody. They can also shade out areas on a map where they’ve already searched, allowing them to know where they need to focus on next.

Officers used to have to count blocks from the closest main street or switch to outdated maps — cumbersome steps when time is essential. But now an overlay map on the screen continuously shows street names and precise addresses.

“It’ll help us guide the officers to the suspects a lot more safely,” said Lt. Michael Davis, adding that if a criminal runs into the backyard of a house, pilots can tell officers on the ground the precise home address.

Although the infrared camera shows black and white, pilots can also overlay a Google Map image that displays color. So if an officer on the ground asks whether a suspect is near a blue house, Messerschmidt and other pilots can answer easily and correctly.

“It’s just more intuitive, things are right in front of you instead of having to flip through screens or go through a map to look at streets,” Messerschmidt said.

The two cameras, the mapping systems, new high-definition monitors and installation fees were paid for by the Police Department’s budget and a Douglas County bond issue.

Pilots have used the cameras for about a week and a half and have already noted differences in the technology.

Messerschmidt and his co-pilot, Officer Matt Stewart, have been able to see a person 6 miles away using the advanced digital zoom on the new camera .

During a pursuit Thursday afternoon after an officer shot a suspect, Able 1 was able to follow the suspect’s vehicle and capture quality photos because the new camera has better daylight capabilities. Reflected sunlight would throw off the old system, not allowing pilots to see someone on the run.

“We have noticed a big difference,” Davis said. “It’s really incredible compared to the other stuff.”

While detectives have been able to search cellphones and swab for DNA for years, technology for both electronic and physical forensics has advanced even further — securing solid evidence that can aid law enforcement in solving crimes.