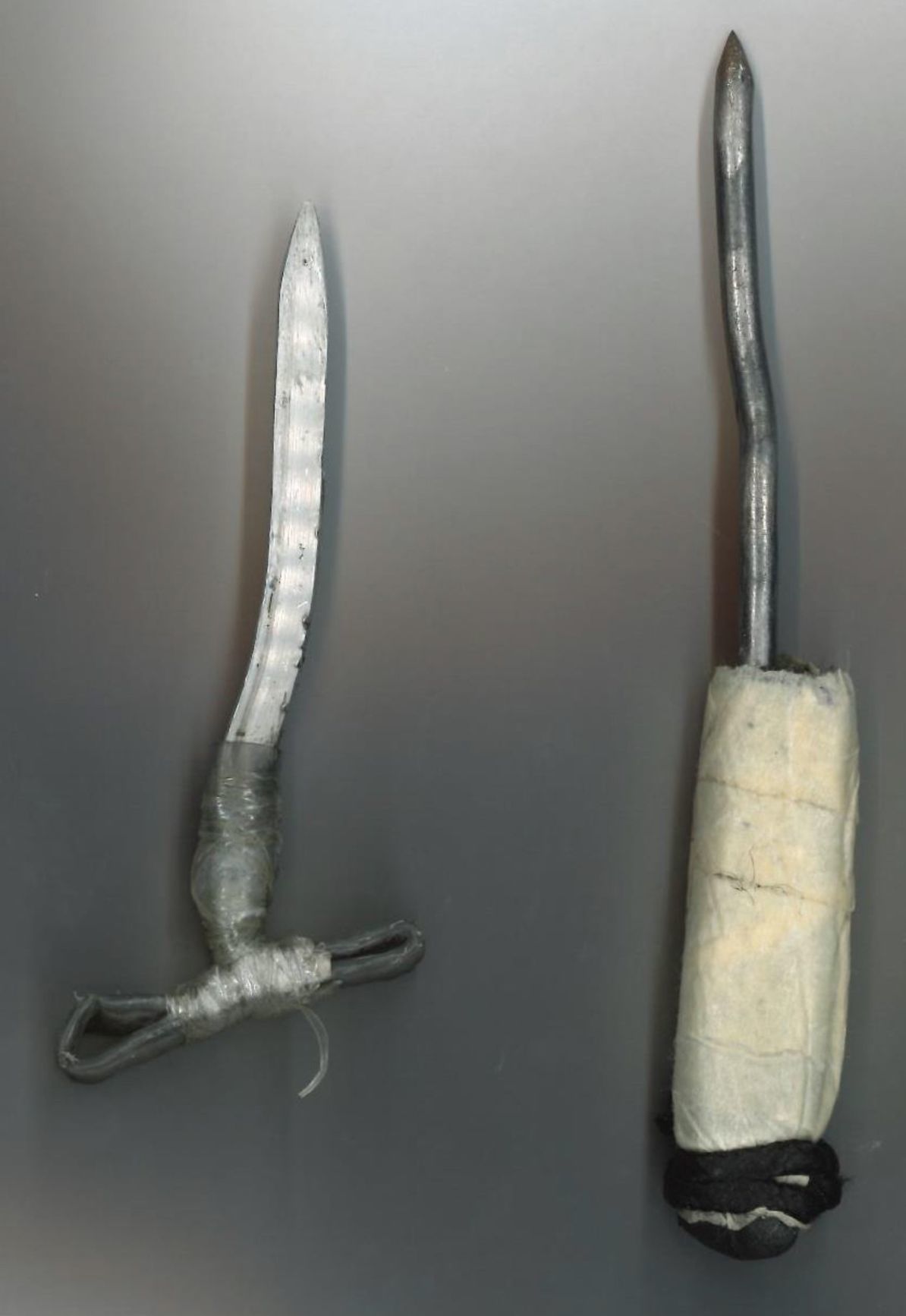 Two of the homemade weapons recovered at the Nebraska State Penitentiary recently. 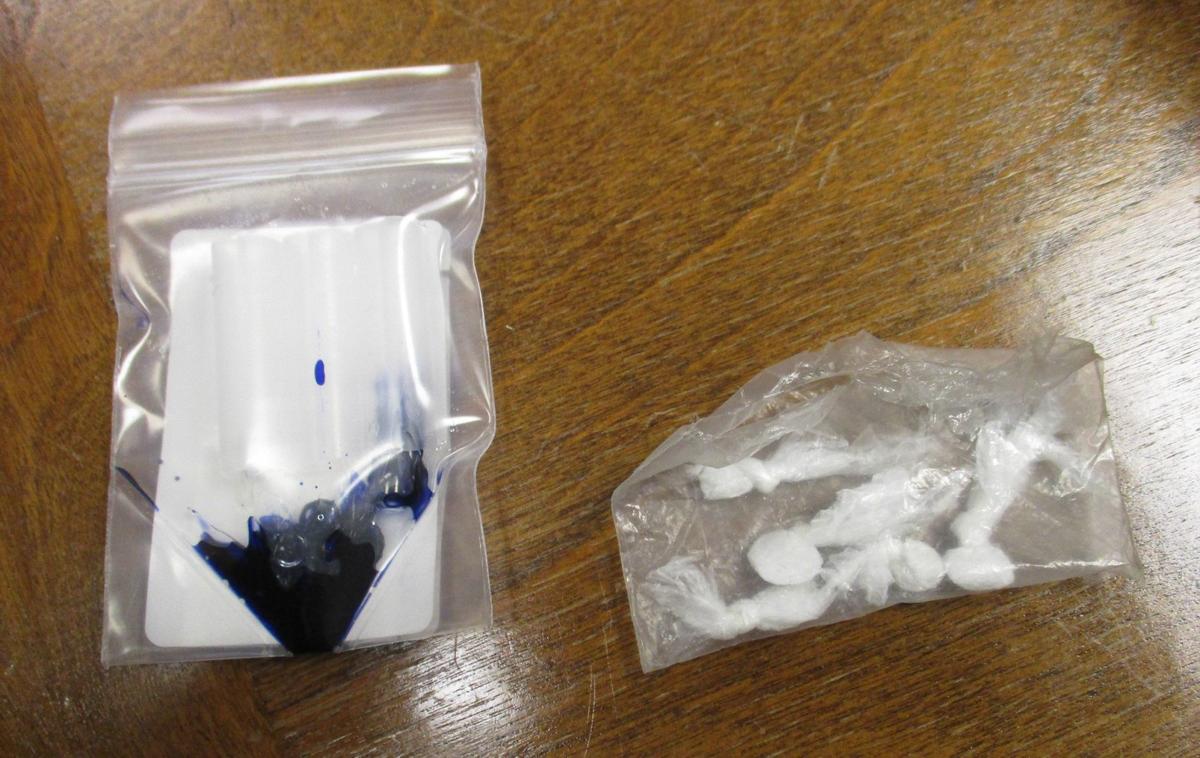 Bags of methamphetamine recovered recently at the Nebraska State Penitentiary.

Two of the homemade weapons recovered at the Nebraska State Penitentiary recently.

Bags of methamphetamine recovered recently at the Nebraska State Penitentiary.

LINCOLN — An emergency lockdown was ordered Wednesday at the Nebraska State Penitentiary in Lincoln in what’s being described as a “no-holds-barred” attempt to halt a recent rash of assaults and incidents involving intoxicated inmates.

Nebraska Corrections Director Scott Frakes ordered intensive searches of cells at the state’s largest prison to confiscate weapons, drugs, alcohol and cellphones that have been smuggled into the institution.

Frakes, in a press release, said that the lockdown will continue “until further notice.” While surprise cell searches are not new, locking down an entire prison for a comprehensive search is.

“We will ramp up searches over the next several days to the highest level possible,” he said. “We want to identify not only where the contraband is being hidden, but if possible, how it is coming in.”

A recent state report called conditions at the State Penitentiary “alarming” and perhaps the worst in the state prison system, due to overcrowding, a shortage of staff and an increase in contraband, like K2, or synthetic marijuana. Since April, there have been 19 incidents that have involved assaults of staff.

The latest was Monday, when three corrections staff members were injured in an assault on Labor Day. Visitations at the State Pen were canceled over the weekend because of reduced staffing, and there’s been an increase in assaults on inmates in recent weeks, as well as a rise in incidents involving alcohol and drugs.

A state senator who has closely monitored prison conditions called the lockdown and searches “necessary.”

“Should they be doing this more frequently, could they accomplish this on an ongoing basis if they had more staff?” asked Omaha Sen. Steve Lathrop. “Really, right now the most important thing is safety of the staff and safety of the inmates.”

A recent memo from Doug Koebernick, the State Legislature’s Inspector General for Corrections, called conditions at the prison “alarming” and said conditions there could be worse than at the Tecumseh State Prison, which has had two deadly riots in the past four years.

The State Penitentiary is overcrowded, with about 1,375 inmates, nearly double its design capacity. The facility also is seeing record-high overtime expenses because of staff shortages. Searches for contraband decline, prison experts have said, when staffing is short.

Michele Wilhelm, the State Penitentiary’s warden, said assaults at the prison have increased over the past month, not only on staff, but also on inmates.

“One assault resulted in a staff member receiving treatment at the hospital. Additionally, a few inmates have received outside treatment for injuries,” she said.

Frakes said that because of K2, prison-brewed alcohol and other substances, staff members have been dealing with inmates who are intoxicated and confrontational.

“That, in addition to the homemade weapons that have been discovered, represents a serious compromise to facility safety,” he said. “The only way to address this is to stop all movement and thoroughly search the facility.”

Koebernick said he’s been pointing out problems with K2, confiscated cellphones and staffing shortages at the State Penitentiary for almost a year. He said he hopes the searches are “thorough and swift” so the tense atmosphere at the prison is not made worse.

During a lockdown, inmates are confined to their cells and cannot leave unless escorted by staff. Meals are even served in the cells. Prison visits have been canceled through Friday.

Frakes said the searches will involve extra personnel and a variety of tools, including metal detectors, cellphone detecting devices and X-ray machines.

“Those technologies are in addition to the considerable use of personnel that will be utilized to physically search every corner, high and low,” he said. “Basically, anything that can be moved, disassembled or crawled into will be inspected.”

A staff member standing by the dining hall serving line was punched multiple times in the head, officials said Tuesday.