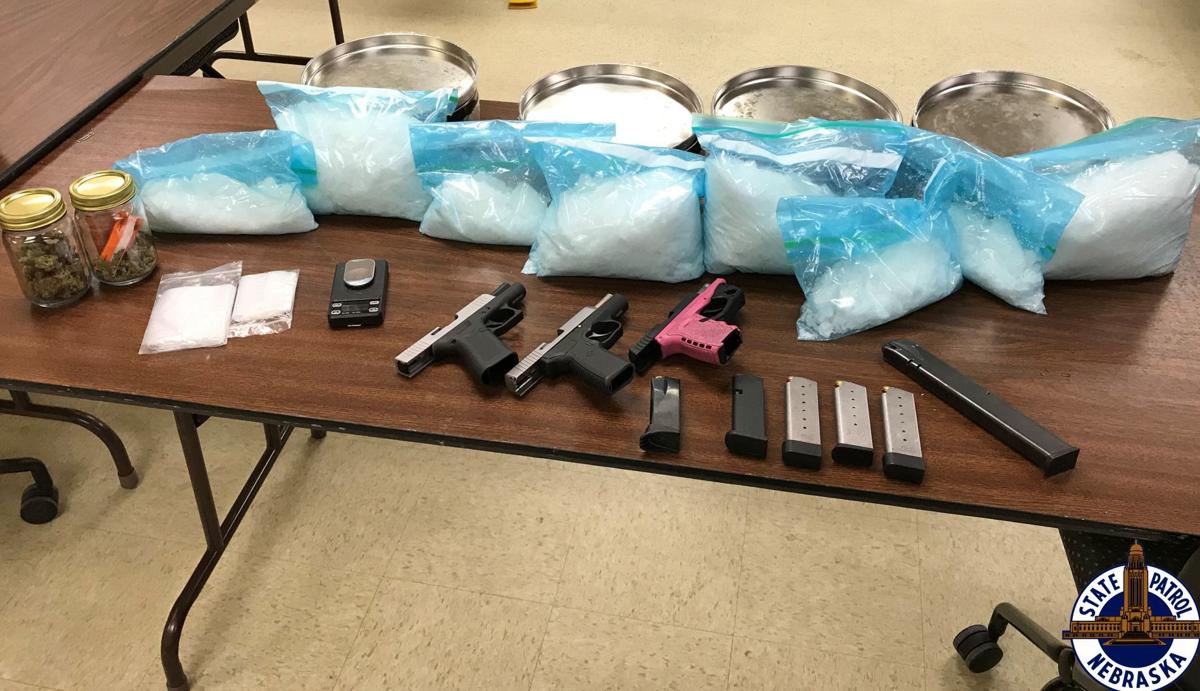 The Nebraska State Patrol seized these guns and drugs from a couple speeding down Interstate 80 in a BMW on Tuesday, the Patrol said. 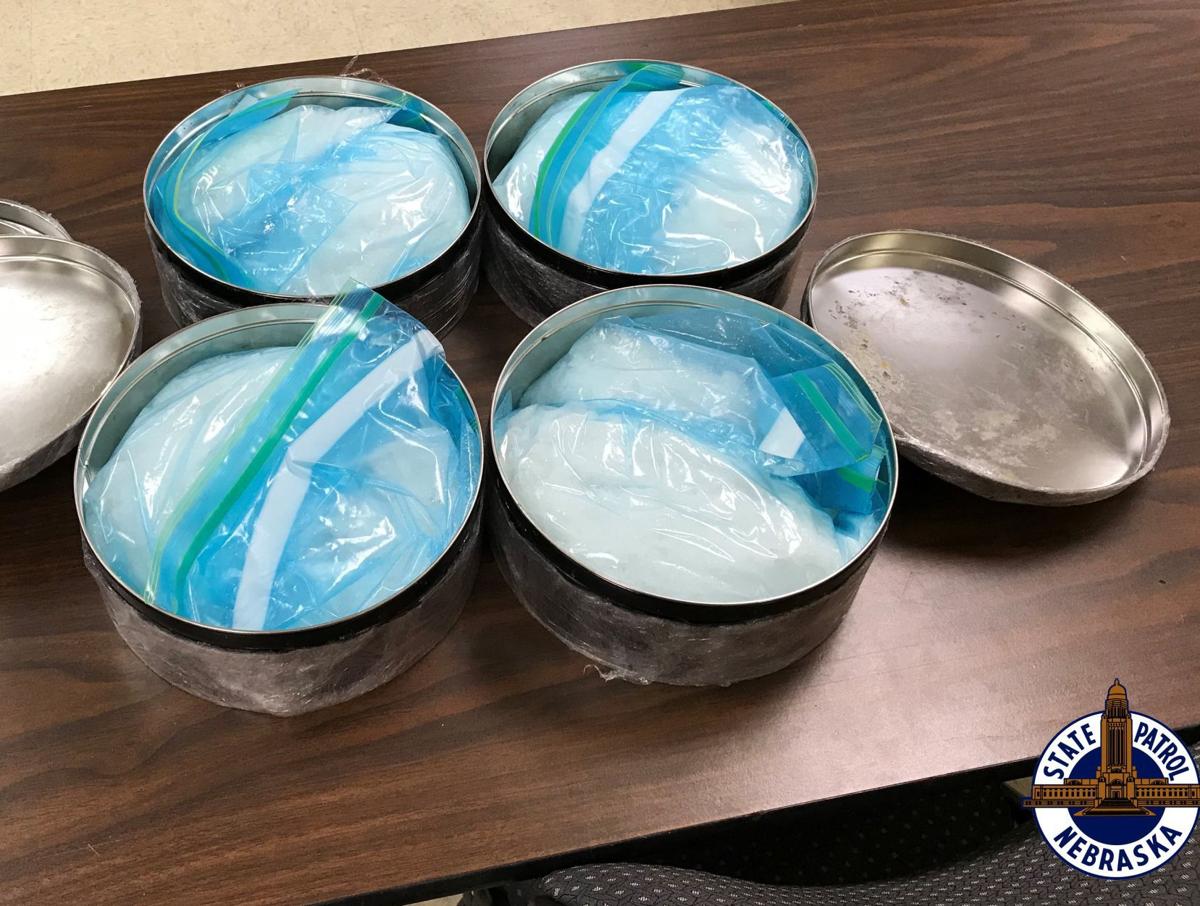 Meth made up the bulk of the seized drugs Tuesday when the Nebraska State Patrol stopped a speeding BMW, the Patrol said.

Nebraska State Patrol troopers arrested two people and seized more than $500,000 in illegal drugs, including 16 pounds of methamphetamine, Tuesday during a traffic stop on Interstate 80 near North Platte.

The two were driving a BMW over the speed limit shortly after 8 a.m. when a trooper pulled them over.

The officer could smell marijuana from inside the vehicle, which led to a search and the discovery of meth and other controlled substances, including smaller amounts of heroin, cocaine, prescription pills and marijuana, the patrol said. Troopers also found three loaded handguns — including a pink one — in the vehicle.

The 27-year-old driver is from California and his 26-year-old female passenger is from Kansas. They were arrested on suspicion of drug and firearms possession and other related charges.

Seizures of methamphetamine up in DEA region that includes Nebraska, Iowa

In Nebraska, meth seizures in the first six months of 2019 totaled nearly 52 pounds, the DEA said. In Iowa, that total exceeded 375 pounds.