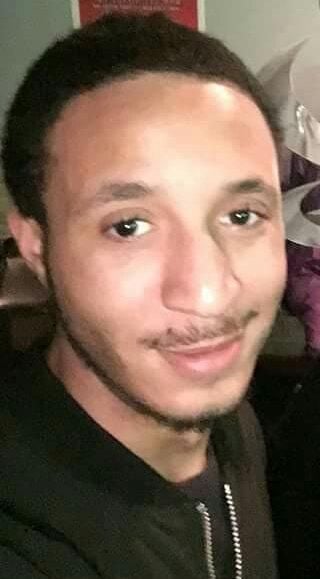 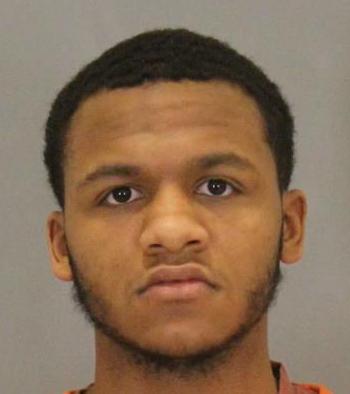 Jarrell Haynes had had his share of conflict before he was fatally shot outside his home Wednesday morning.

Prosecutors had asked Haynes, 22, to testify against others in a drug and gun case stemming from last summer.

However, Haynes had failed to show up for interviews with prosecutors in January and again in the past week.

And when he did testify in the case last year, prosecutors say, he attempted to take the fall for a gun that Omaha police found and tied to two men: Alandus Warren Sr. and Kevin C. Johnson.

His testimony — claiming that a stolen firearm was his — during Johnson’s preliminary hearing landed Haynes in trouble. Police arrested him, and prosecutors charged him with possessing a stolen firearm.

That charge was hanging over his head this week.

Wednesday morning, Haynes did not approach the metal detector outside Judge Leigh Ann Retelsdorf’s courtroom, where Charles Trotter was being tried in the deaths of rival gang members Dexter Joseph and Marcel Lovejoy.

Haynes was a cousin of Lovejoy’s and was believed to be associated with a Bloods gang.

Deputies speculated that Haynes learned that he would have to show his identification to get in and realized that he didn’t have his. Though Haynes was awaiting trial on a pending gun charge, nothing would have precluded him from attending the trial, deputies said.

Instead, he went home to retrieve his identification.

As he left the courthouse to head home, Haynes spoke with another man on the main floor, said his aunt, Jewell Shields, who raised Haynes and calls him her son.

Haynes left the courthouse but immediately called Shields, 65, and said the man had threatened to kill him.

When he got to the house at 1634 Victor Ave. where he lived with his grandmother, Haynes went outside to smoke a cigarette.

According to the grandmother, a black car drove past the house and the people inside the car fired shots. The house and its block have been the scene of numerous drive-by shootings over the years.

Haynes was able to duck into the dining room, Shields said, but he had been shot in his side. His grandmother gave him a cloth to put pressure on the wound and called 911.

Shields said Haynes, who had two 2-year-old boys, always told family and friends that he loved them. He got caught up in a gang because of where he lived, she said.

Shields said she knows the man who spoke to Haynes at the courthouse.

A prayer gathering scheduled for Thursday night outside Haynes’ house was postponed because of heightened tensions after organizers talked with the Omaha police gang unit. The area around the house had a visible police presence at the time the gathering was to begin, with two cruisers parked nearby.

Warren, 38, and Johnson, 30, were arrested last summer on suspicion of possessing crack cocaine and having a weapon.

At Johnson’s preliminary hearing, Johnson’s attorney challenged a gun charge by calling Haynes to the stand.

Haynes testified that he had possessed the weapon, not Johnson. After his testimony, prosecutors had Haynes arrested and charged him with possessing a stolen firearm.

As of this week, Haynes had been awaiting trial on that case — coincidentally, in front of Judge Retelsdorf, the judge who is presiding over the Trotter trial.

Warren has since been charged with first-degree murder in the June 5, 2015, death of Terrell Brown, who police say was a rival crack dealer. Warren, who is awaiting trial in Retelsdorf’s courtroom, has testified that he was a member of the Victor Street Bloods since he was young. He was previously convicted in the October 1997 death of Randall Blake Jr., a rival 40th Avenue Crips member.

Johnson is also awaiting trial before Retelsdorf on three gun charges and a drug charge.

Prosecutors had been discussing having Haynes testify against either Johnson or Warren.

Trial begins in shooting at northwest Omaha party that killed 2

A melee erupted during a break in the trial of Charles Trotter, 18. Three people were taken to the ground by sheriff's deputies and led away in handcuffs.

Key witness in murder trial tells attorney he doesn't remember what happened inside apartment, was 'scared to death,' official says

Prosecutors say the truth never came out as to what the witness knew about the shooting deaths of Dexter Joseph and Marcel Lovejoy at a party at the Garden Ridge apartment complex near 100th and Fort Streets.

Two Omaha men face prison after police received a tip that they were selling crack cocaine from a backyard near 17th Street and Willis Avenue.

Alandus Warren Sr., 37, was booked in connection with the shooting death of Terrell A. Brown, 36; Warren served more than 10 years in prison after being convicted of manslaughter in the October 1997 slaying of Randall Blake Jr.

'It's a mess': Mistrial declared in double-murder case against Charles Trotter

In just two days, the trial has had more action packed into it than most two-week murder trials. Prosecutors' first witness barely answered questions. An Omaha man was shot and killed near his home after attempting to attend the trial. A huge melee broke out during a noon recess -- causing a judge to sequester jurors for the past two days.

Man with 'one foot in, one foot out' of gang life couldn't outrun a family legacy of crime

Jarrell Haynes' March 2 death follows a life touched early and often by violence — a cycle that has racked his family for decades.

An arrest warrant was issued Wednesday for Bernard Turner Jr., 20, in connection with Jarrell Haynes’ March 2 slaying. Turner is charged with first-degree murder, use of a firearm to commit a felony and possession of a firearm by a prohibited person.

The first trial, in March, ended after the state’s first witness started to testify openly, then was reluctant to answer any questions.

Suspect wanted for 7 months in fatal shooting is arrested

Bernard R. Turner Jr., 21, was booked in the March 2 slaying of Jarrell Haynes. He is charged with first-degree murder, use of a firearm to commit a felony and possession of a firearm by a prohibited person.