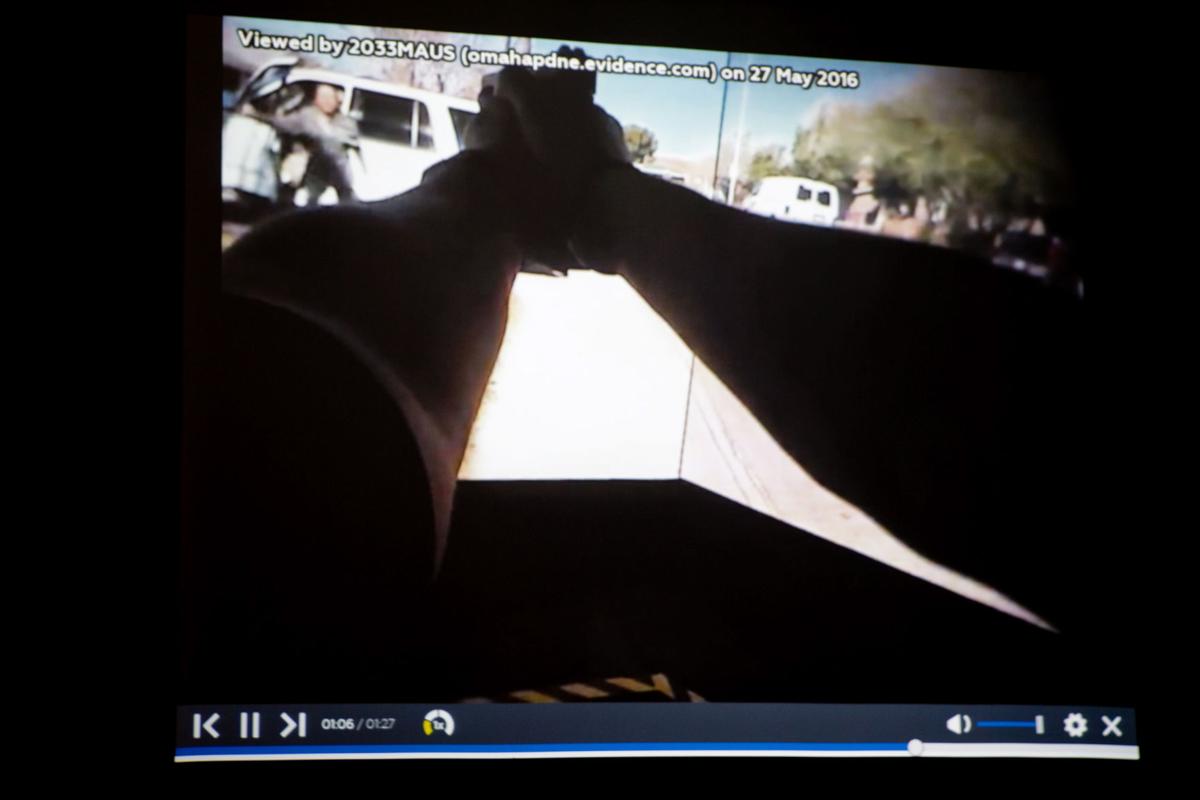 A scene from a body camera, one of 115 of the devices Omaha cops will soon be wearing. 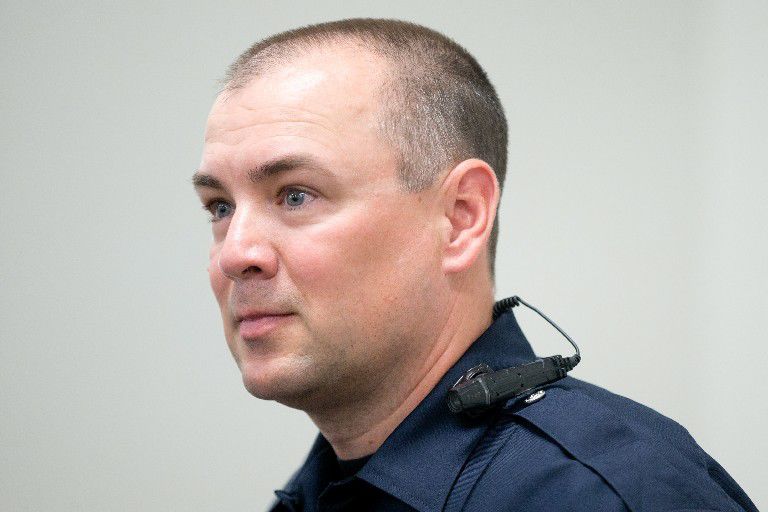 Omaha Police Officer Matt Austin shows a group of reporters his body camera during a presentation on Friday. 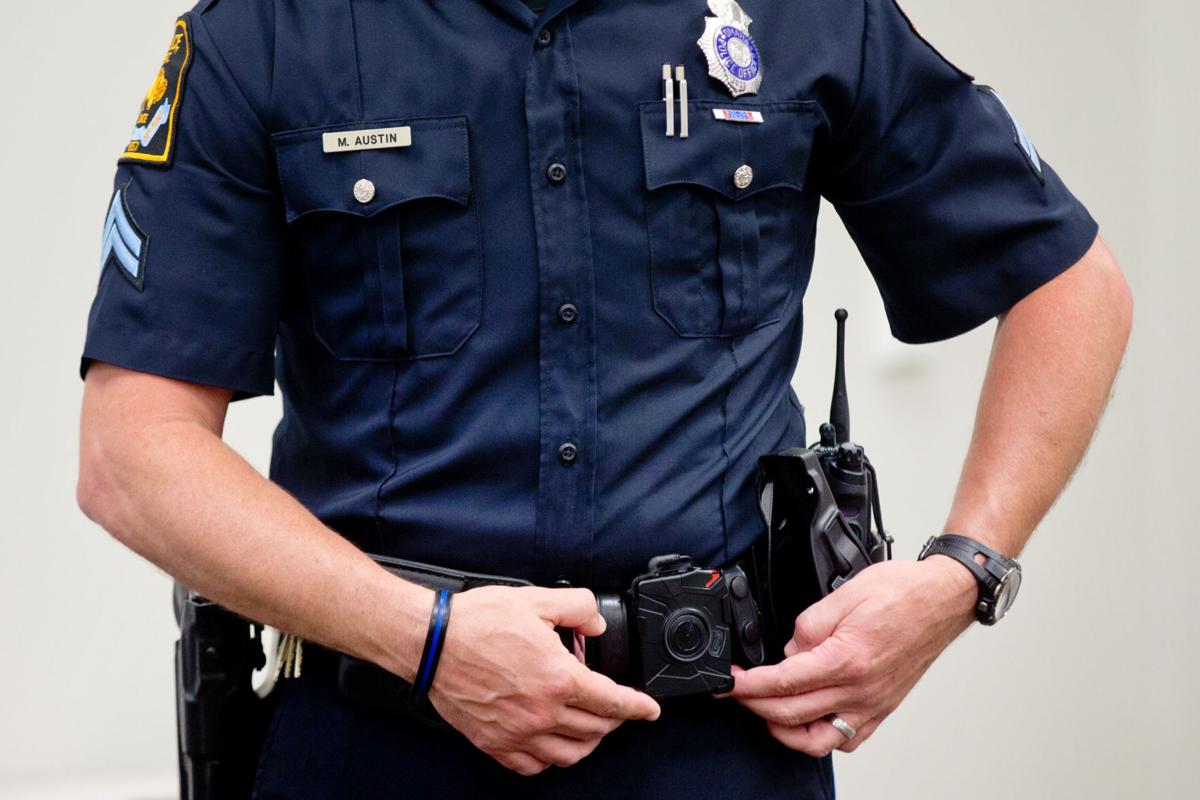 A scene from a body camera, one of 115 of the devices Omaha cops will soon be wearing.

Omaha Police Officer Matt Austin shows a group of reporters his body camera during a presentation on Friday.

Your next encounter with police officers could be filmed.

Officers with the Omaha Police Department have begun to wear body cameras. A total of 115 cameras will roll out to Omaha streets in the next few weeks.

Officers say the video footage can provide an additional account of an incident, will strengthen community relations and will reduce complaints against police.

A Bureau of Justice Assistance 2015 study of the Phoenix Police Department found that body-worn cameras reduced complaints against officers by 23 percent and improved processing of domestic violence incidents. It also said officers found the cameras easy to use over time.

“We feel that’s really an added layer of transparency to provide extra details of what occurred on a radio call,” said Deputy Police Chief Greg Gonzalez. “It’s an added benefit for the public to know what we’re doing outside of our police cruisers.”

Yet much like cruiser recordings, video footage that comes from the body cameras won’t be available to the public unless it’s entered as evidence in a court case or Chief Todd Schmaderer authorizes its release, per department policy.

A study of body cameras by the Police Executive Research Forum, a national police research organization, recommends “a broad policy to promote agency transparency and accountability.”

“If they’re not public, you can’t see what’s happened,” said Sam Walker, emeritus professor at the School of Criminology and Criminal Justice at the University of Nebraska at Omaha. “You’re losing all of the supposed benefits of improved community relations.”

According to the department’s policy, recorded video is considered “investigative in nature,” which exempts it from Nebraska’s public records law.

Walker contends that a recording of an encounter between officers and the public is an occurrence, not an investigation.

Omaha Police Lt. George Merithew said the U.S. Justice Department has endorsed the Police Department’s policy, which was written by a committee of members from the city and county attorneys’ offices, the city law department, and the research and planning unit, training staff and senior command of the police.

The implementation of body cameras in Omaha has been in the works since mid-2013, Schmaderer has said, when the department began researching the topic.

Gonzalez announced to the City Council in December that the department had nearly $800,000 in private donations from the Omaha Police Foundation that would pay for 115 cameras and storage for the next five years in a contract with Taser International.

Officer Matt Austin, a training instructor, tested the chosen camera a couple of months ago on the streets. He said that one time he told four people he was recording and they said nothing about it.

“The majority of the public knows it’s coming,” he said.

Since Monday, 22 officers and nine supervisors from the northwest precinct and gang unit have received daylong body camera training at the Omaha Public Safety Training Center. Many started using a camera on patrol this week after the training.

About 24 cameras will be given to each of the four precincts and about 12 will go to the gang unit. Both rookie and veteran officers are using the cameras.

The goal is full deployment in the next few years for all of the department’s roughly 400 patrol officers, Gonzalez said.

Each camera is assigned to one officer.

The officer can choose to wear the camera on a hat, headband, glasses, collar or epaulet, whatever is most comfortable. The battery and button to activate the camera is about the size of a cigarette pack and can be worn on the belt or in a chest pocket.

An officer should start recording upon arrival at a location from a radio call or before encounters with the public, including traffic stops, arrests, searches, foot and vehicle pursuits and more, according to the policy.

“We want their safety to be top priority, not getting that camera on,” said Lt. Jim Pauly, who helped implement the body cameras.

Officers should tell the public that a camera is recording “when feasible,” department policy states, and they are encouraged to narrate events.

The camera will continue recording until the incident has ended and the officer turns it off.

The only reasons the recording could be deactivated during an incident, according to department policy, are if a supervisor tells an officer to stop recording; if a non-confrontational witness refuses to be interviewed unless the camera is off; or if an officer decides that recording would hurt victims, a confidential source or an undercover officer.

Strip searches will never be recorded, officers will not turn on the camera in restrooms or locker rooms, and they will try to avoid recording people who might be naked.

Once officers return to the precinct, they will put the battery pack and camera on a charging station, which will immediately upload the video to a secure server.

Officers can review the video in order to help guide their written report, Gonzalez said. In the report, they should note whether video was used or whether it was deactivated for a reason.

Any video involving physical confrontations, searches that reveal contraband, felony incidents or other important situations for training will be copied onto a DVD and booked as evidence.

Ultimately, the body-worn camera is just another tool, in addition to witness and officer testimony and cruiser-camera footage, Pauly said, but it can’t always be reliable: It can break, it’s not 3-D video, it offers one perspective, and it can’t sense feeling or tension.

“We can certainly interpret video differently without the whole story,” he said. “It’s a great addition to what we look at and what we do. ... It’s just an additional piece of the puzzle.”