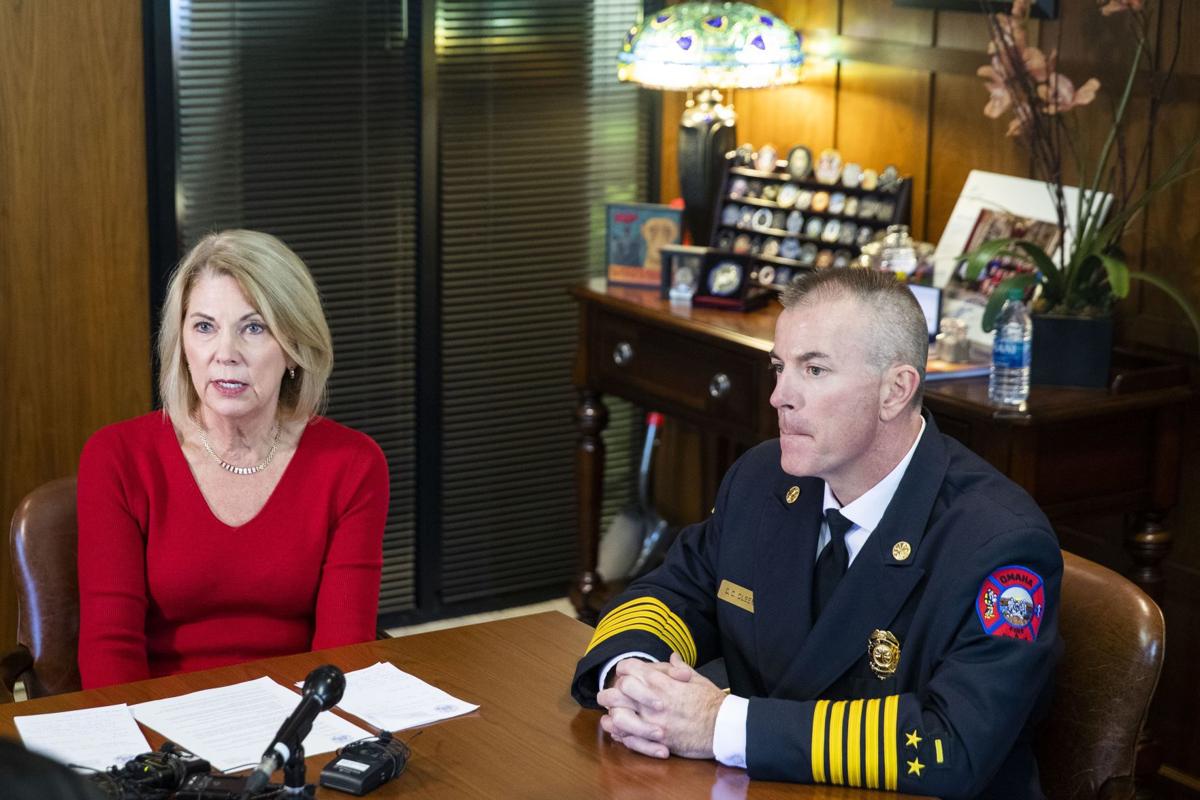 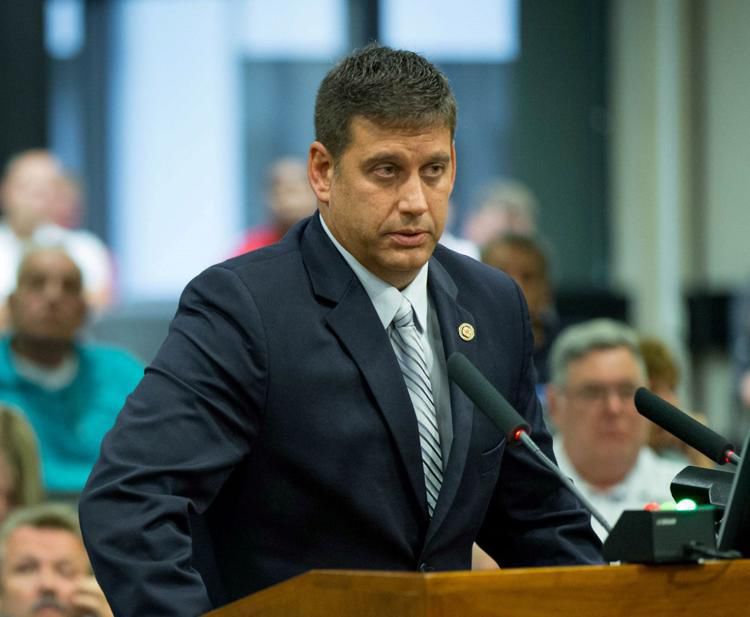 Steve LeClair was sentenced in June to probation on two misdemeanor counts after a woman said he struck her and made a racial remark.

Steve LeClair was sentenced in June to probation on two misdemeanor counts after a woman said he struck her and made a racial remark.

The City of Omaha on Monday appealed an arbitrator’s ruling that reinstates Firefighter Steve LeClair to his city job after he assaulted a woman at a local bar.

An arbitrator ruled this month that LeClair, who is also president of the firefighters union, should have been disciplined but not fired, based on the city’s handling of similar cases. The ruling awarded him back pay for missed work, minus five days, as if he had been suspended.

The city asked the Douglas County District Court to vacate the arbitrator’s ruling on several grounds, including that the arbitrator overstepped her authority and that she disregarded legal precedent.

Among the city’s assertions in its appeal: that the arbitrator ruled on whether the city afforded LeClair due process, something the city argues was beyond the scope of her powers. It also says she was biased in favor of LeClair.

LeClair’s lawyer, Mike Dowd, and the fire union’s lawyer, John Corrigan, have said the decision was the result of a binding arbitration and should be seen as an impartial decision on the facts of the case, which fell their way.

But even binding arbitration rulings can be appealed.

The arbitrator ruled that it was “obvious” that the city wanted the woman at the bar to file a complaint, a step that started its process to remove LeClair. It identified six cases of similarly situated fire union employees who were not fired.

Mayor Jean Stothert said in a statement Monday that the arbitrator’s decision to reinstate LeClair was “an injustice to Mr. LeClair’s victim and the city’s taxpayers.” She said the public shouldn’t have to pay him.

“The arbitrator’s decision misstated the evidence and the issues and most importantly, ignored Nebraska law,” she said.

The city’s aim, she said, is to make clear that Nebraska cities can fire public employees who need to be held accountable for their actions. The city has spent more than $120,000 on legal fees fighting to keep LeClair fired.

Local 385, the union that represents Omaha firefighters, has been footing his pay and legal bills. Other union leaders say he was unfairly targeted by the mayor and city officials.

The union’s lawyer, Corrigan, said Monday that the city’s appeal would fail. He also said the city shouldn’t blame LeClair for its own costly decision to use outside lawyers instead of in-house counsel on human resources cases like this one.

The woman told police that LeClair struck her in the back after she had rejected his advances, then whispered, “White power.” LeClair testified that he said: “What white power?” His lawyer argued that his words were an awkward but positive comment about the diverse crowd at the bar getting along.

LeClair pleaded no contest to misdemeanor charges of assault and disorderly conduct. He was sentenced in June to six months of probation.

The city stressed in its appeal that LeClair admitted to breaching two articles of the fire union contract with his conduct and words. They also said LeClair admitted disobeying orders not to interfere with the investigation of him.

Stothert said people should remember the woman who came forward after she realized who it was who had struck her.

“Challenging the arbitrator’s decision is the right thing to do,” she said.

Decision of the Arbitrator

Steve LeClair was fired in February after an internal investigation into LeClair’s 2018 assault of a woman at a local bar. The arbitrator argued LeClair should have been disciplined for his behavior, perhaps suspended, but not fired, The World-Herald has learned.

"they" will end up buying this slug out and he gets a fat pension and thumbs his nose at the city and the system......

I guess I must be one of the few who read the arbitrator’s decision on line. It shows, as an earlier OWH article laid out, that the City messed up in the discipline it gave Mr. LeClair.

When the City negotiates a labor contract, that contract covering wages, hours, and terms of employment becomes the “law of the workplace” for the length of that contract…except where the mutually-agreed-to contract might contradict other labor law.

Collective bargaining agreements contain, under terms of employment, a grievance procedure to use in case that the contract is violated by either side. When it comes to management discipline of a bargaining unit member, the “just cause” clause, part of the mutually-negotiated grievance procedure, means management has the responsibility to show it had “good and sufficient reason” for the discipline, i.e., “just cause.”

The arbitrator’s job is to determine if the contract was properly followed. Did the employer meet the “just cause” standard? Were elements of an arbitrary, capricious, and discriminatory nature part of the reasoning for management’s actions?

In this case, did the City make the claim that Mr. LeClair is a racist? No, that was notably absent from its reasoning for the discipline it meted out.

If there are elements of an arbitrary, capricious, or discriminatory nature, management has failed to meet the “just cause” standard. In those instances of management failures, the law gives the arbitrator the responsibility to substitute another punishment for that of the employer.

Claiming that the labor agreement’s “just cause” clause is invalid, is a unique bit of message framing. It suggests the employer wants to return to an “at-will” employment standard.

The arbitration ruling lays out how the City failed to meet its burden to show that its discipline decision was absent arbitrary, capricious, and discriminatory elements. The City hired an outside law firm…and still failed. Now, after I read the arbitrator’s reasoning in her decision, it seems the City is going fail again.

The City is in violation of the union contract.....decisions by the arbitrator are final.