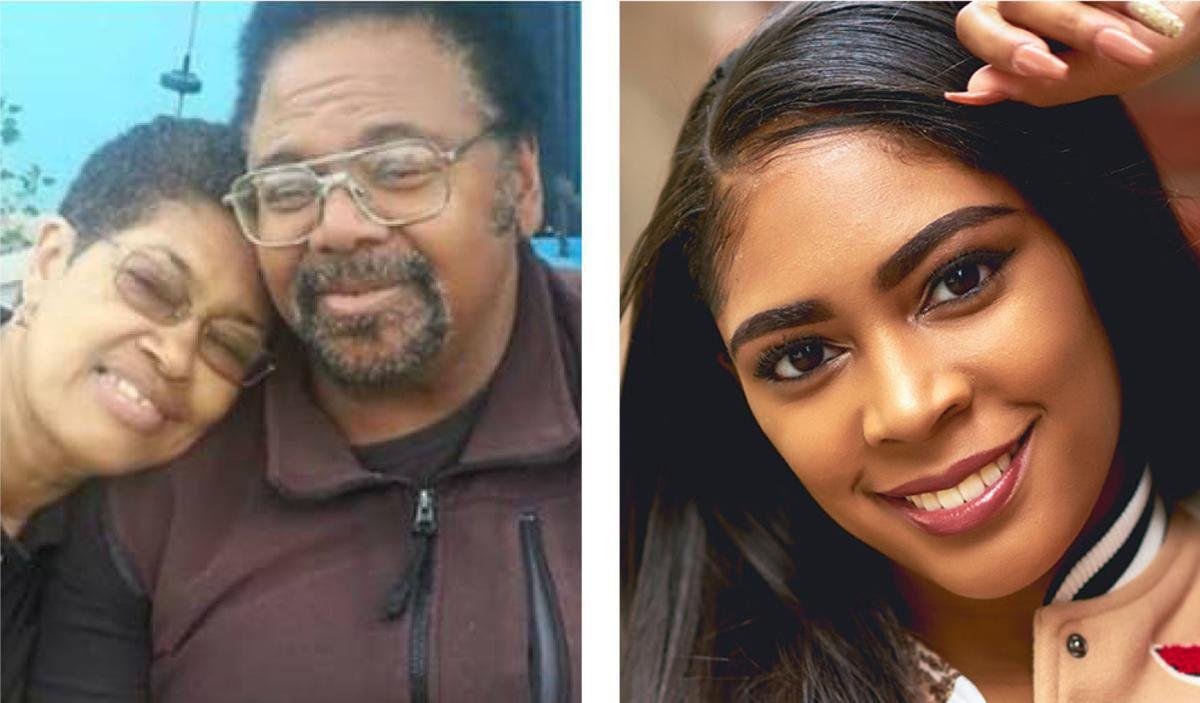 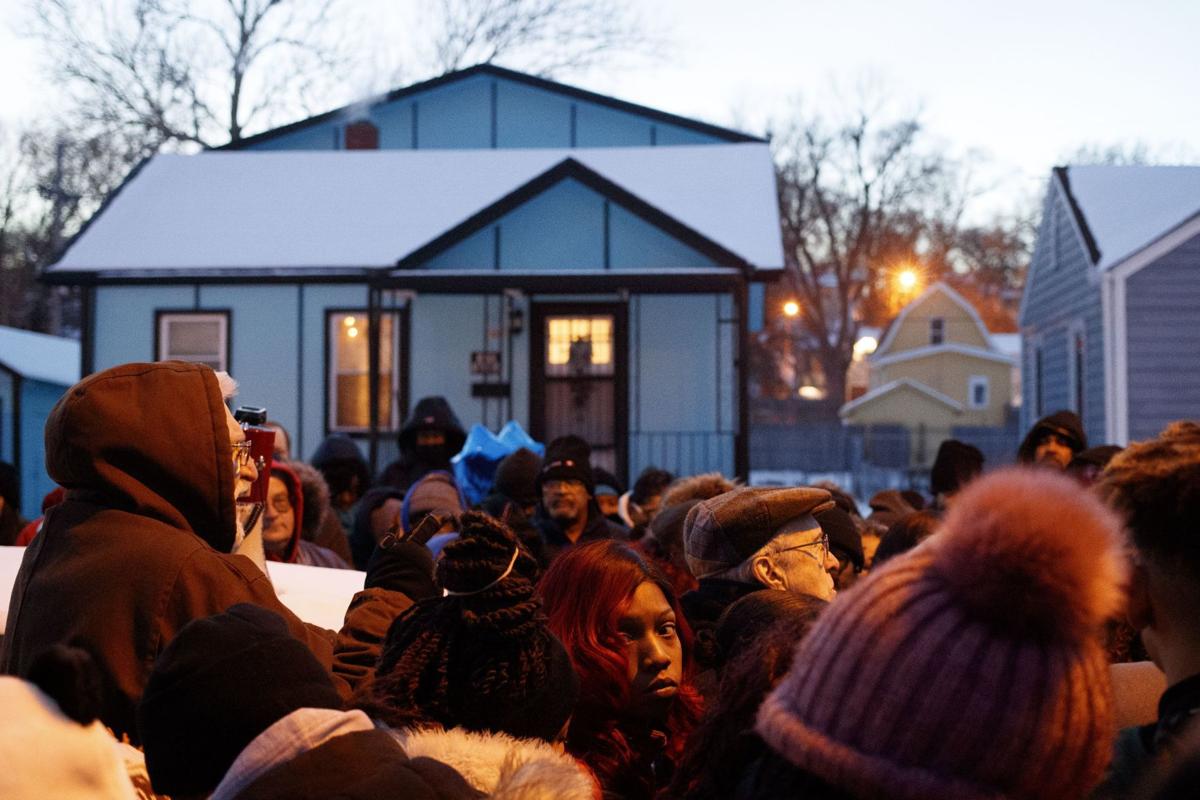 People gather for a prayer walk in honor of John and Jean Dalton and their granddaughter, Leonna Dalton-Phillip on Thursday, December 28, 2017 outside 3912 N. 37th St. in Omaha. Their son, John Dalton Jr., was arrested on a first-degree murder warrant. 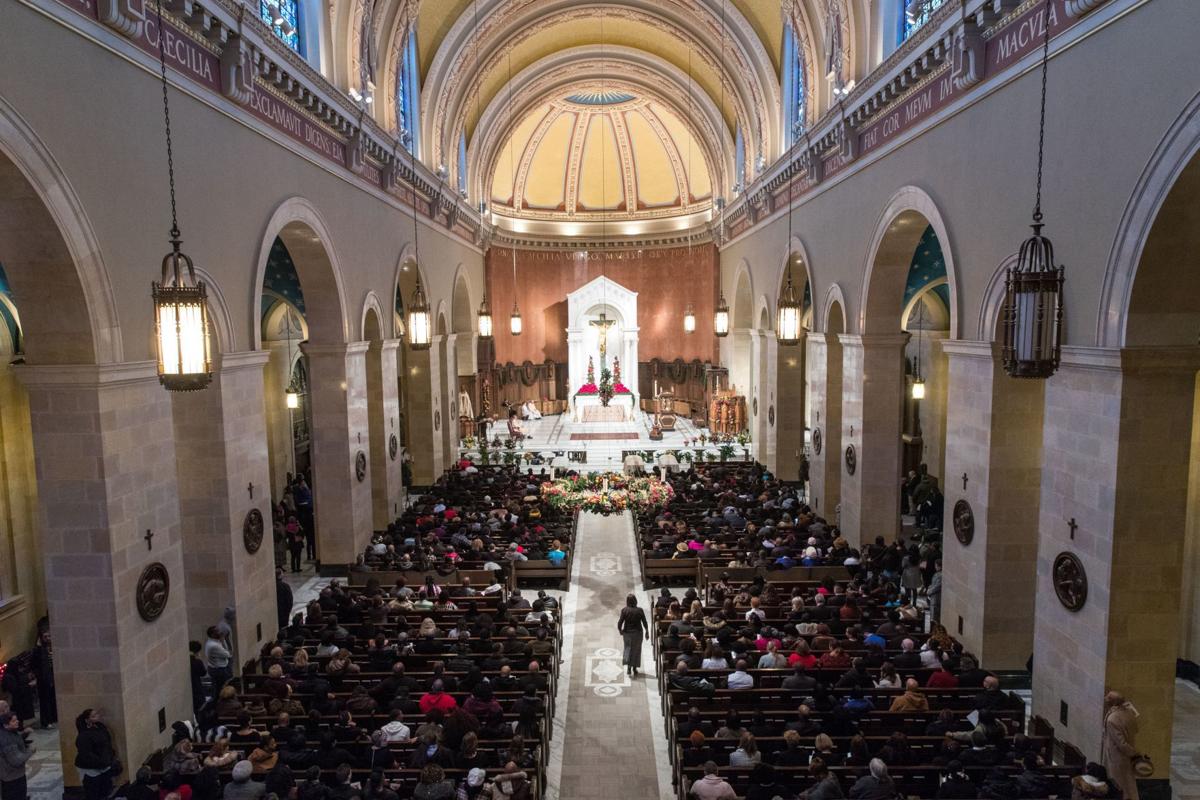 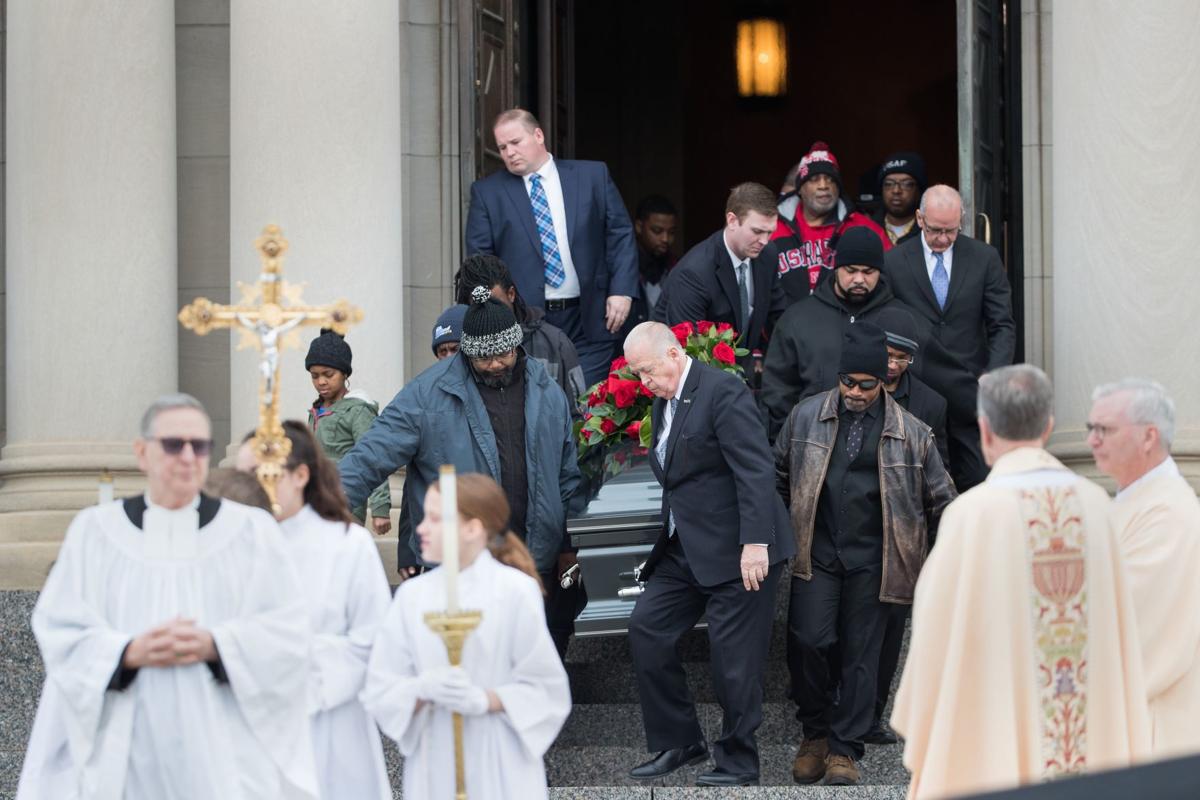 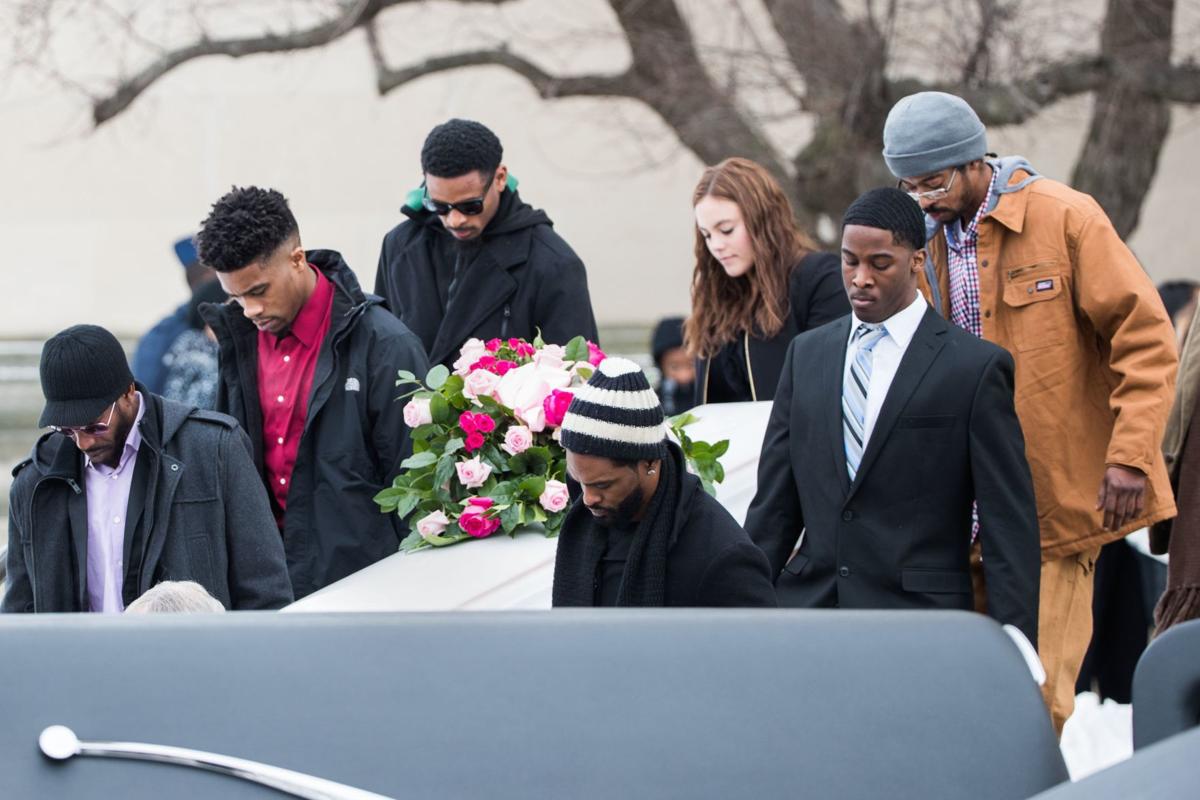 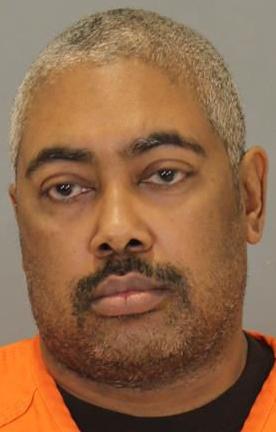 People gather for a prayer walk in honor of John and Jean Dalton and their granddaughter, Leonna Dalton-Phillip on Thursday, December 28, 2017 outside 3912 N. 37th St. in Omaha. Their son, John Dalton Jr., was arrested on a first-degree murder warrant.

Nearly a year after three of their relatives were shot to death, family members grappled Monday with the reason why.

Why did John Dalton Jr. kill his parents, John W. Dalton Sr. and Jean Dalton, and then gun down his 18-year-old niece, Leonna Dalton-Phillip?

“They’re looking for answers — and they’re asking lots of questions — but sometimes there are none. It’s just pure evil,” Brenda Beadle, chief deputy Douglas County attorney, said at a Monday court hearing. “If ever there was a case that warranted the maximum sentence, this is it.”

Dalton, 47, didn’t offer an explanation Monday as he pleaded guilty to seven charges — three counts of first-degree murder and four gun-related counts. Prosecutors had planned to seek the death penalty if the case went to trial. Monday’s plea agreement avoided that.

On Dec. 26, 2017, John and Jean Dalton did what they had done for years — opened their home on 37th and Spaulding Streets to family. That night, the plan was to eat leftover Christmas pie.

But John Dalton Jr. arrived, shooting through the door and striking his 65-year-old mother. He then entered the house.

Dalton shot his 70-year-old father five times, then targeted Dalton-Phillip, who was hiding in a bedroom closet. Jean Dalton was hit four times.

Dalton-Phillip’s 6-year-old sister, London Dalton, heard gunshots and ran downstairs to hide. A relative who entered the house after John Dalton Jr. left found the girl, who frantically screamed, “They shot my family.”

Omaha police later surrounded Dalton’s house, but he never returned, nor did he go to work at Greater Omaha Packing Co. Authorities arrested him the next day in Jackson, Tennessee, where he was found without a phone or a change of clothes.

Dalton also had fled to Tennessee in 1998 after he fatally shot his wife, Shannon Dalton, at their Ruggles Street home. He served more than 11 years in prison after being convicted of manslaughter.

The couple’s three daughters were at the home during the 1998 shooting. Jean and John Dalton Sr. raised the girls.

Beadle said Jean Dalton was the biggest advocate for her son after the 1998 shooting: She asked the judge for leniency and appealed to the Parole Board so her son could be released from prison early.

Dalton struggled to fit in with the family and exhibited some inappropriate sexual behaviors that led his relatives to ostracize him, Beadle said. Jean Dalton, however, tried to include him in family gatherings and make him feel comfortable.

It therefore was most perplexing, Beadle said, that Jean Dalton was the first person Dalton gunned down last December.

“She was the life of the party. Her smile was infectious,” McDaniel said of Jean. “This is like a nightmare. I’m trying to hold it together, but I just don’t understand why this happened, how this happened to such great people.”

Leonna’s father, Claude Phillip, had spent Christmas Day with his daughter and the Daltons.

“I told (John Dalton Sr.) I learned how to be a father from watching him,” Phillip said. “(Leonna) was destined for greatness. She got robbed with a cowardly act, and it hurt.”

Arrionna Mitchell said she planned to go to college with Leonna, a straight-A student and captain of her high school drill team.

“She was a very beautiful girl, not just on the outside but on the inside,” Mitchell said. “She had nothing but love to give.”

Dalton’s youngest daughter, Alicia Dalton, was the only one of his daughters to speak in the courtroom Monday. She said she struggled to figure out why her father had killed her relatives. She said she had received treatment after turning to negative ways to cope.

Alicia Dalton said her heart stopped when she heard about the shooting of her grandparents and her cousin. The day of the funeral, she said, her “heart was buried.”

“In a matter of seconds,” she said, “everything I had was lost.”

A judge ruled Wednesday that Dalton, 46, will stand trial on three counts of first-degree murder and four weapon charges in the deaths of John and Jean Dalton and Leonna Dalton-Phillip. Douglas County Attorney Don Kleine said his office still is looking at evidence to decide whether to pursue the death penalty.

MAYBE he should have received a bigger sentence when he murdered his wife. I mean seriously--he was given manslaughter to spare the victims. SPARE THEM WHAT? they already watched their dad kill their mom. how about spare them further grief. have the trial, convict him for life on the initial charge. that was a dumb sentence. Just let him out to go kill again. This makes me very sad.

When you have a individual such as this who all too apparently has no respect for life, family or much else, why wasn't the death penalty imposed? He killed his wife, now his mother and father and a niece, how much more cold blooded can you get? I find it difficult to understand that tax dollars will now be spent to keep this pos alive and well kept in prison. How about putting him out of our misery and be done with him? Bullets, hanging there are many ways to put someone to death and in this case with the violence he has shown and continued to live by, any other form of punishment is not enough.