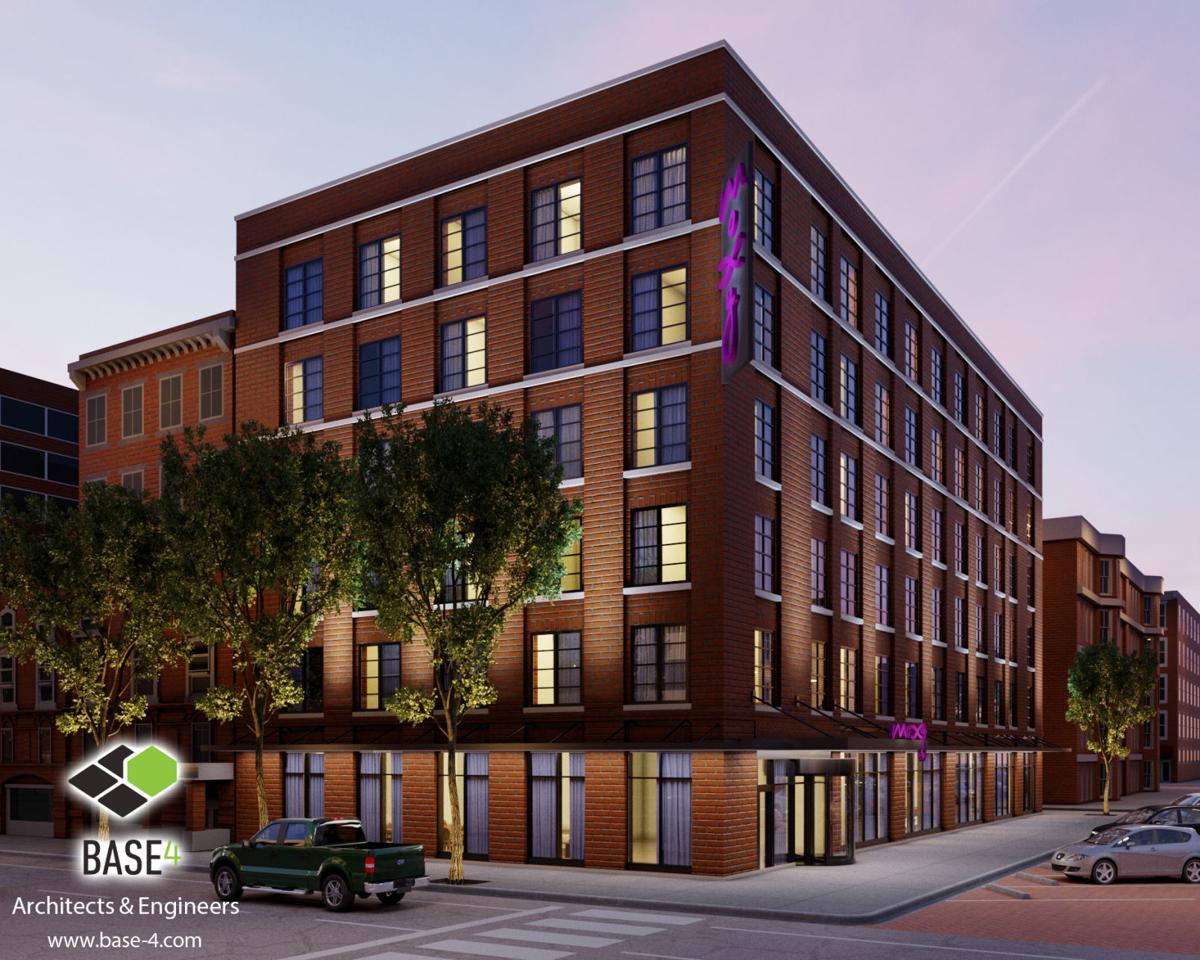 A rendering of the six-story Marriott Moxy hotel that is proposed to replace The Diner restaurant at 12th and Harney Streets in the Old Market. 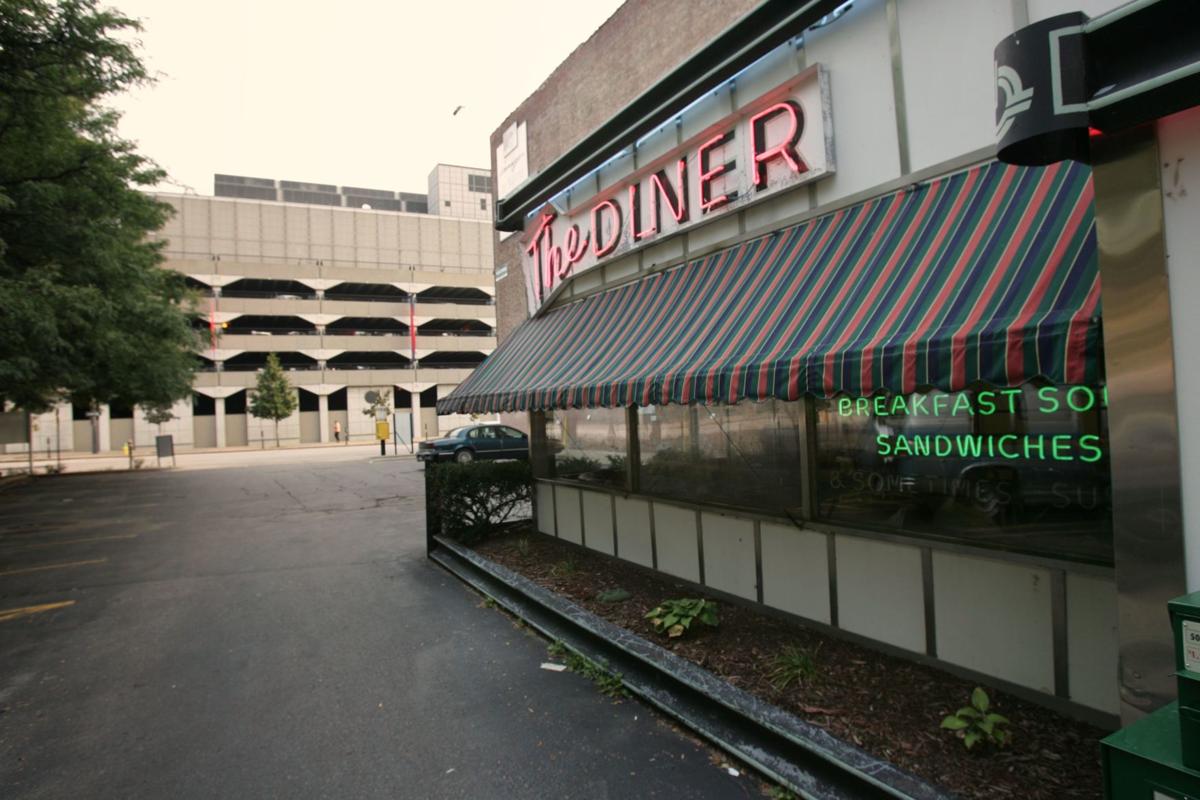 The Diner has been a fixture at 12th and Harney Streets for more than 30 years, according to the owner of the lot.

A rendering of the six-story Marriott Moxy hotel that is proposed to replace The Diner restaurant at 12th and Harney Streets in the Old Market.

The Diner has been a fixture at 12th and Harney Streets for more than 30 years, according to the owner of the lot.

A new six-story Marriott Moxy hotel is planned to replace the longtime Diner at the corner of 12th and Harney Streets in the Old Market.

The family-owned Hawkeye Hotels based in Coralville, Iowa, hopes to start construction yet this year if all approvals go as hoped for the $15.1 million project poised to bring 105 more hotel rooms to the area.

“Redeveloping it as proposed adds a good product to the Old Market, to downtown,” he said. “The building will be high quality and offer a service still in demand that hasn’t reached its peak down there.”

Michael Henery, who owns the nearly 9,000-square-foot site that includes a parking lot and the old-school Diner, said the restaurant has been a popular fixture at that spot for more than 30 years. He leases the structure to restaurateurs who could not be reached for comment Friday. Henery said the new owners would have the right to do what they want with the Diner shell, but he suggested that it could be relocated — a proposition that was fine with the buyer.

“We’ll just be demolishing whatever is left there,” said Raj Patel of Hawkeye Hotels.

As proposed by Hawkeye, the Moxy hotel facade would be primarily red brick. Valet parking would be available for guests entering a lobby that will have billiards, pingpong tables, and a bar and restaurant intended to engage guests as well as community members, said Patel, chief development officer and principal of Hawkeye Hotels.

Offsite parking spaces are to be in a city structure near 10th and Jackson Streets, Patel said. He also wants to reserve stalls in a private structure across the street from the hotel.

Guest rooms, modern with full-size beds and bathrooms, are purposefully compact, Patel said, adding that the hotel focus is on “communal” spaces.

The restaurant, offering a limited lunch and dinner and larger breakfast menu, would be open to the public.

Sidewalks, curbs and landscaping would be improved, and 40 jobs would be created. The developer is asking the city for $1.9 million in tax-increment financing. City Planning Board members are expected to discuss the proposal Wednesday.

Henery, who is in the process of selling the property to the hotelier, said he turns 80 years old next year and is frustrated with the city’s overall investment in keeping the Old Market a top tourist attraction. He said he still loves the area and is holding on to some property, including Michael’s Cantina.

Patel said Omaha has been on his family’s radar for years, as it aligns with the company values. “It’s a very Midwestern community with a really strong business ecosystem,” he said.

Demand generators are strong, he said, citing the Fortune 500 companies, growth of new companies and startups.

Launched by his parents when they immigrated to America in 1982, the family hotel empire began with an 18-room Arkansas hotel that also served as the family home, Patel said. Today Hawkeye owns more than 50 hotels across the country and is expanding in big cities such as Minneapolis, Denver and Dallas.

Patel said the company is rehabilitating iconic properties in places such as Des Moines and St. Louis, and has a dozen hotels that are set to start rising this year.

When it starts to rise this spring near 180th Street and West Dodge Road, the 120-room Aloft will be the city’s first modern hotel topped with private residences.

I know the men who run The Diner. They took it from disaster to one of the top tourist restaurant destinations in Omaha (see Trip Advisor). They created community, great eating and wonderful hospitality in the Old Market. This is their livelihood. It is troubling that they were given no warning of this purchase--nor were they consulted about it. If we want talented, hardworking, creative people to grow our urban community and city this is no way to treat them. They and The Diner are an Omaha treasure--this requires much more care from the City Council to the planning board, to the owner of the property. I thought the quotation from Mr Patel in the article had a threatening, disrespectful tone to it "We’ll just be demolishing whatever is left there". So I googled him. This is what one midwest customer had to say about Mr Patel and his hospitality https://www.tripadvisor.com/ShowUserReviews-g39365-d498186-r81879683-La_Quinta_Inn_Suites_Elizabethtown-Elizabethtown_Kentucky.html This is in sharp contrast to the "midwest values" his family seems to align with. Omaha, let's be careful how we build our community--not sell it to the highest bidder with a fancy Marriott name.

roof top bar is a great idea, how about an awning with flowers like the m's pub area

It's nothing but a red brick box! Appreciate your comments Marty and insights! I hope a fabulous Old Market location can be found for the Diner and whoever is fortunate to become its new owner. Adding to Marty's comments I am very disappointed by the architectural drawings. Just because you build something out of red brick doesn't make the design compatible with the Old Market. There is nothing that gives testimony to its surroundings. Box shaped buildings are the cheapest to build I get that. Why not incorporate some of the many charming elements that have made the old market special? Elements like the overhead awnings with flowerboxes? An interior courtyard? Why cement over everything? What about the trees? Windows that open on the first level to a patio? How about windows designed to match the period the warehouse's were built? Brick sidewalks?
In my opinion too many hotels and apartment buildings have been built in the Old Market wanting to piggyback on the popularity of an area and on the backs of the families, mainly the Mercers, and the small businesses (like the Diner!) who saved this area over the last 100 years from chain stores, restaurants and yes, red brick box buildings masquerading as appropriate for an treasured historical area.

Thanks Mary--and spread the word! I did a survey of the Moxy Hotels in other cities--clearly this family --The Hawkeye group--intends to spend as little as possible on the aesthetic aspects of the building. Other Moxy's have real character, integrate elements of the area they are in and add some flair, rooftop bar, street sculpture etc. Look, I love the idea, the concept of Moxy. But, Omaha, let's get involved so that WE welcome a hotel--work with it--so as to situate it correctly for the city--and respectfully of the other Owens and many long-time investors. The process is wrong here. See you at he meeting on Wednesday!

Marty and Mary have my support.. Sounds like a fox in the hen house to me....