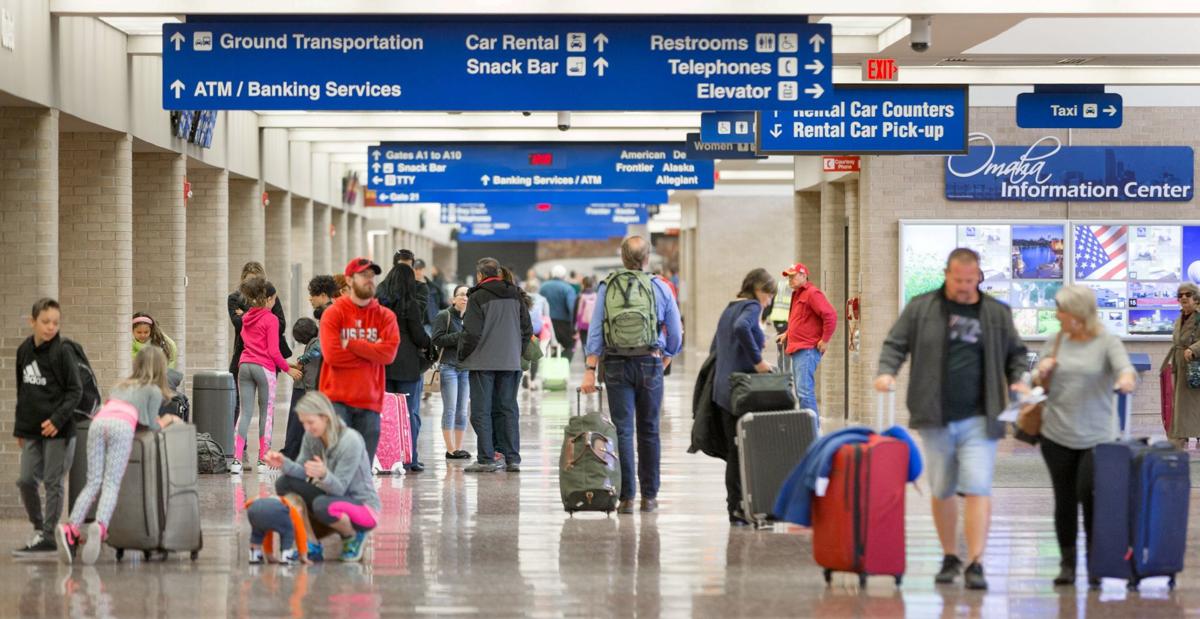 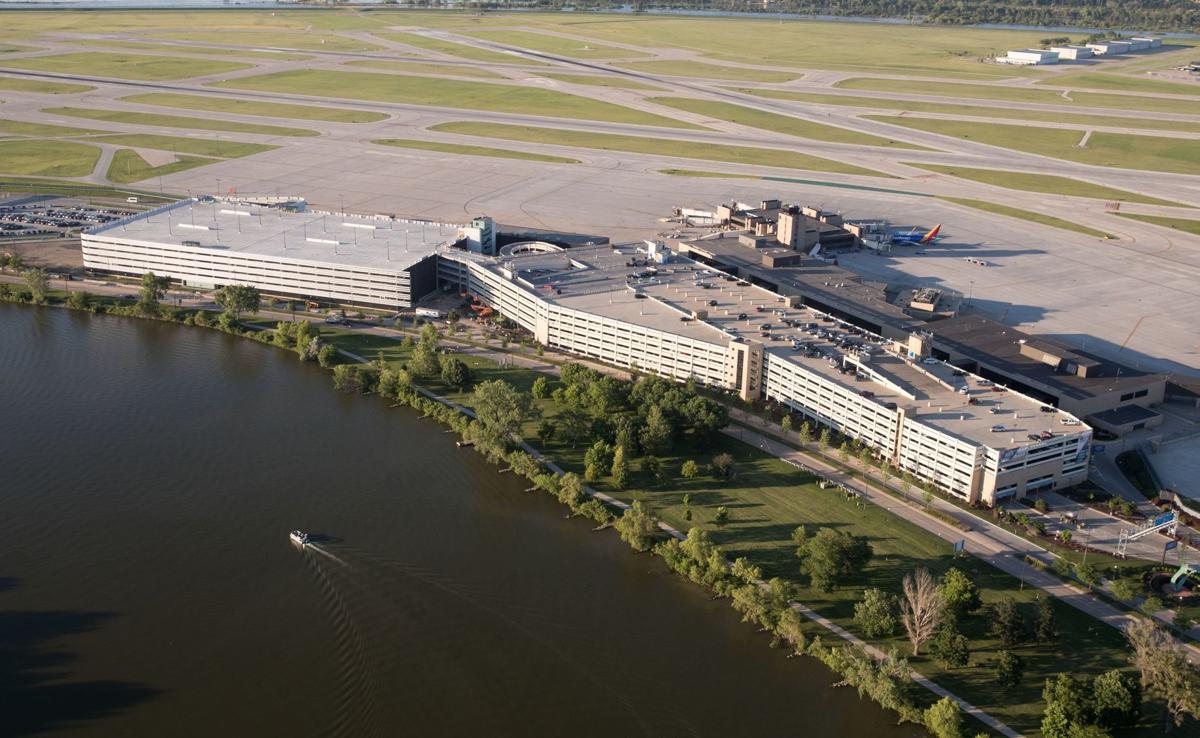 The new parking garage at Eppley Airfield is on the left. The $500 million revamp of the terminal would include a “speed ramp” for travelers to drive directly to the third floor of the garage.

Picture an Eppley Airfield of the future that handles up to 8 million passengers a year.

That’s 3 million more airline flyers than Eppley saw in 2018, so the Omaha airport is going to need some changes.

The Omaha Airport Authority, along with planners and architects, is refining a conceptual layout of the future Eppley Airfield terminal as it prepares for an almost four-year, $500 million construction project.

The project is called Eppley’s “terminal modernization,” and it will essentially renovate and rebuild the entire airport terminal anew.

Long term, they figure, Eppley will need 28 airline gates, up from 20 today. They’ll all be located off a single, unified concourse, not the split concourses that the airport has now.

Travelers will go through security at a single, central checkpoint, also a departure from the dual setup of today.

Restaurants and retail shops will be beyond security, grouped in a more organized way than they are today.

Airline counters will move to the second floor, leaving the first floor mainly to baggage claim.

Outside, the drive in front of the terminal will have 10 lanes — up from six — for different kinds of drivers to maneuver through the property.

In April, the Airport Authority put an initial shape to the project. Since then, Dallas architectural firm Corgan and airport planner Ricondo & Associates of Chicago have added a few concepts and switched a few ideas as the design work proceeds.

“You get once every 35 or 40 years to be able to build something for a community that’s like this,” said Dave Roth, executive director of the Omaha Airport Authority. “I think Omaha’s ready for it.”

The Airport Authority and its consultants still have work ahead before starting construction. Until now, they’ve been updating the assumptions in the airport’s 2014 master plan — which outlines capital upgrades for the airport as passenger numbers grow — and setting the scope of the upcoming project.

Now, the effort will turn toward designing the project in full detail.

Authority officials still have two potential points on the schedule where they could hold off on the project. But if all goes according to plan, construction could start in early 2021. The renovation could take between 42 and 46 months, Roth said.

The Airport Authority, a governmental entity without taxing powers, expects to issue long-term revenue bonds to fund the renovation, paid back through operational revenue from the airport and a federal passenger facility charge.

Among the recent updates by project planners: the assumption that Eppley could reach 8 million passengers by 2036 — 1 million more passengers than previous projections considered.

That kind of growth would be at the high end of Eppley’s projections, and not everything in the project needs to accommodate that level of traffic right away. But there’s no doubt Eppley traffic is steadily increasing as Omaha and its economy continue to grow, and officials want to position the airport to meet that growth.

The drive would widen to 10 lanes: four for regular drivers circulating through and dropping and picking up, three lanes for commercial traffic and three lanes for ride-share vehicles. Travelers using garage parking would gain a “speed ramp” to drive directly to the third floor of the garage.

Eppley would initially increase to 22 airline gates, with room to ultimately expand to 28.

Roth said the Airport Authority’s biggest challenge will be keeping the airport’s operations safe and secure while rebuilding the whole terminal. He said the airport is also committed to maintaining Eppley’s reliability for the traveling public — and communicating what people will face throughout construction.

“The team’s up to the challenge,” he said. “Everybody’s geared into this.”

The revived Midwest Express did not announce exactly when flights will begin. Greg Aretakis, company president, said in a statement that it will start marketing flights before the end of the year.

$500 Mil sounds insufficient. To do it up right will require twice that amount!!

lets look real long term and put infrastructure in place now. the cost to add in future will double by then. in this case, bigger is better!!

Has any thought been given to the probability of flooding at the airport? Remember 2011? See the article in the OWH today about potential floods next spring. See articles in national papers today about questioning existing sports stadiums and planned stadiums on the coasts. See Offutt AFB flooding and the statement that even the new, higher levees wouldn't have prevented the flooding there this year (but might have mitigated the damage). A lot of people thought Omaha and Lincoln should have built a regional airport between the two cities decades ago, but that time has passed probably.