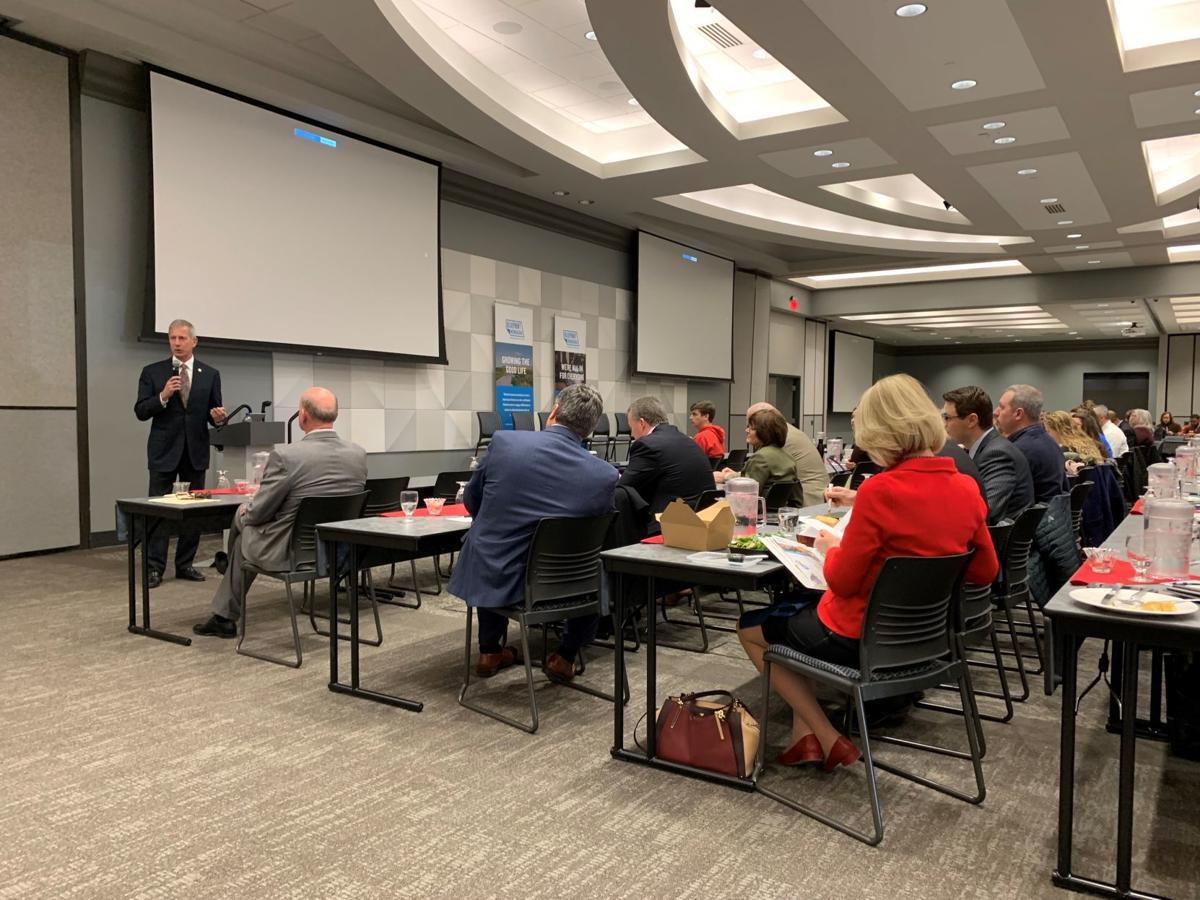 Lance Fritz, chairman, president and chief executive officer of Union Pacific, discusses economic development challenges and opportunities at a February 2018 town hall meeting for Blueprint Nebraska at the Scott Conference Center in Omaha. The planners held more than 60 such events around the state. 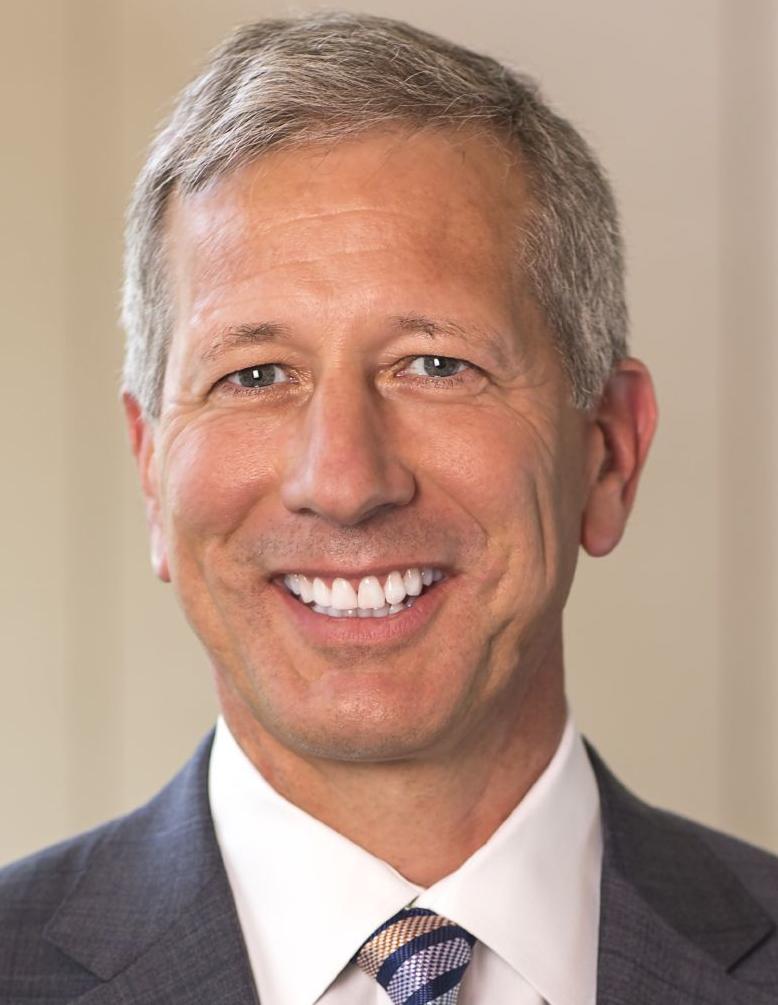 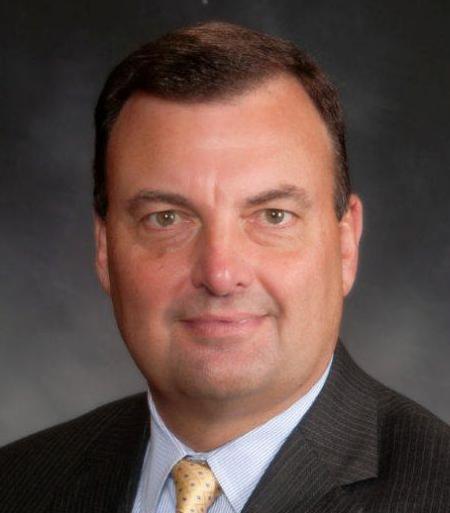 Those are among the goals set by Blueprint Nebraska, a 14-month effort to tackle the state’s challenges and improve the lives of people across the state.

“You start with the vision taking the ‘The Good Life’ in Nebraska and making it even better,” said Lance Fritz, chairman, president and CEO of Union Pacific Railroad and co-chairman of Blueprint Nebraska. “It’s about creating strong communities that are economically strong, vibrant, growing and a place where our young people want to stay because we’ve got the high-tech and high-value jobs they desire.”

To get there, the report released Tuesday says, Nebraska needs to realign the state’s tax structure toward making the state more competitive, promote diversity and inclusion, launch a “Choose Nebraska” campaign to attract young workers, increase collaboration between business and education, and promote formation of a high-tech business “cluster” that promotes entrepreneurship and innovation.

The Blueprint Nebraska report is the product of a group of business and community leaders who spent 14 months traveling the state, listening to 7,000 people and studying the state’s economy, seeking to develop an economic road map for where the state needs to go by the year 2030. Blueprint was launched in 2018 by Gov. Pete Ricketts and Hank Bounds, president of the University of Nebraska.

The final Blueprint report is some 100 pages long, but there’s a 10-page summary, too. Leaders encouraged Nebraskans to visit the Blueprint website, blueprint-nebraska.org, to read more.

When Blueprint Nebraska leaders took stock of the state’s economy, compared Nebraska with peer states and looked into the future, they found some concerning things.

The state is losing people to other states, the well-known “brain drain” the state has battled for decades.

They found Nebraska lagged in research and development spending, which is critical to helping to create the high-tech companies and jobs of the future.

And they also found that Nebraska’s workforce is not as statistically productive as those in competing states.

Fritz said everyone on the steering committee was initially shocked and baffled by the last one, because they all knew how hard Nebraskans work. The state has long had one of the nation’s highest labor force participation rates.

The problem, the study found, is that Nebraska is producing lower-value products, which then generate less economic gain from all the state’s hard work. Nebraska needs to work to transform its economy and compete to produce more of the value-added products and services that will generate more income.

The study found Nebraska has some critical strengths to build on.

Along with its strong workforce, Nebraska has some of the nation’s most productive agricultural land and a strong presence in many other industries, including financial technology, insurance, medicine, transportation and construction and engineering.

And it’s in the geographic center of the country, a two-day drive from either coast, which should make it the nation’s transportation and logistical hub.

In the end, the study identified 60 potential initiatives that will help the state meet the stated goals for job and income growth and improved quality of life, including 15 initiatives given highest priority.

As the Blueprint plan was rolled out in Omaha, Lincoln and Broken Bow on Tuesday, the importance of embracing diversity was a frequently discussed goal. Each rollout location included a young professional who spoke of the importance of inclusion to the people in their generation.

“They’re only going to come here if they feel welcome,” said Kayla Meyer, leader of Lincoln’s young professionals organization. “I look forward to the state of Nebraska stepping up and being a true welcoming neighbor, no matter what race, religion, gender, sexual orientation or handicap.”

Fritz said though diversity can be politicized, he thinks it also fits with the state’s “Nebraska nice” nature. And as a business leader who is looking for the best and brightest workers, that means “every population demographic that we can get our hands on,” he said.

“I think people are starting to wake up to that a little more,” he said. “It’s a no-brainer.”

The report includes no estimate of the cost to implement the plan or how it would be paid for. It’s considered likely there will be both public and private investments. And the plan will be pushed forward “with an emphasis on remaining fiscally responsible, a trait that has served as both an asset and advantage to the Cornhusker State,” the report says.

For people, for example, the report urges Nebraska to:

The effort was patterned after a Blueprint Mississippi project, of which Bounds was chairman when he served as commissioner of higher education before moving to Nebraska. Bounds said that project generated thousands of high-paying, long-lasting jobs.

Now the leaders of Blueprint Nebraska want to broaden the effort further with more volunteers and partners from across the state as they seek to implement the priority strategies. Bryan Slone of the Nebraska Chamber of Commerce and Industry vowed this will be one report that won’t sit on a shelf.

“This will get done and be a difference maker,” he said.

“This has been the experience of a lifetime,” Bounds said Monday. “It’s also been very demanding.”

That sounds wonderful. Having children 25-40 living here, the opportunities for them will be great. However....there is no mention of what will be done for seniors such as myself. I am on social security disability and Nebraska is not a top state for me. Real estate and income taxes are way too high for people on a limited fixed income. In order for Nebraska to be a top 3 state, they need to improve conditions for all - young, old, children, etc.

Nebraska's " Honestly It's Not For Everyone" slogan does not serve the goals of this project very well.

By 2030, I'll be retired and definitely not living in Nebraska. Can't afford the taxes.

Yes the nations view of Nebraska having a diversity problem is real. A state that supports President Trump to the extent Nebraska does in polls presents an almost insurmountable problem in recruiting high end skilled people who are not white males to move to this state.

The "blueprint" calls for adding value to our natural resource which is most notably agricultural production. Outside of the cattle industry, and ethanol (to some extent), we have not shown any appetite for research & development, or investment at the state level or within the state's flagship university. It would seem that if the effort does not benefit the status quo business culture in the state, we do not likely put effort or money toward it. There is one other very important counter concern to this growth- that being the health and welfare of the people who are already here. Many public and private projects/efforts the past years have greatly benefited a few but did little for, or even damaged, many.

A worthy vision, but for that to happen we'd need to go from being a red state to a blue state and get rid of business tycoons like Ricketts trying to run the state with no knowledge outside their field of business. Seeing the world only through the lens of private profit is a blindfold, the opposite of "vision." Public investment is anathema to anti-government libertarians; debt in the present for payoff in the future is forbidden by the Republican oath of fealty to the Grover Norquist cult.

I don't see any mention of the fact that those in charge of our main economic engine - agriculture - voted overwhelmingly for and continue to support a President whose economic policies have turned them into welfare recipients instead of profit generators. That certainly would have a huge impact on how productivity is calculated.

I also see from the link in the story about the area's largest employers that over half of them are entities that don't pay any property taxes. I have never seen that issue addressed in any article on our tax woes.