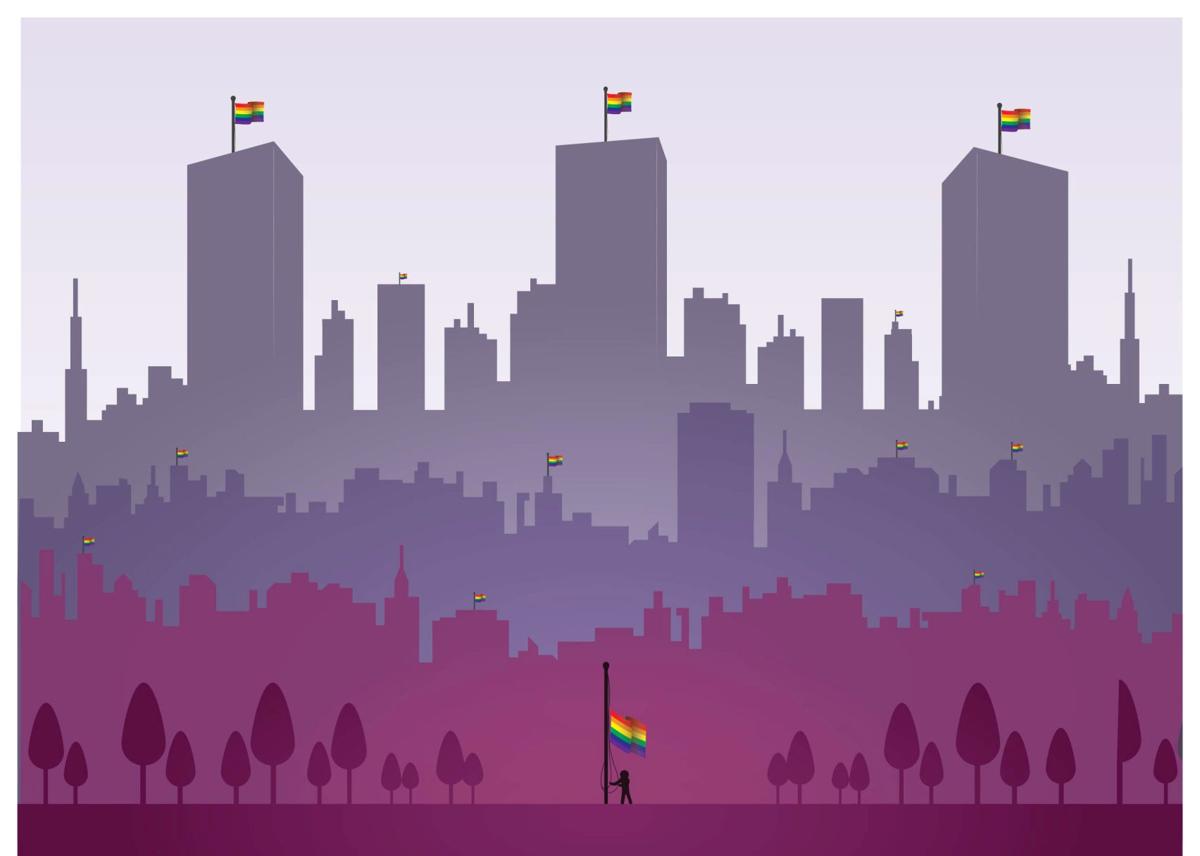 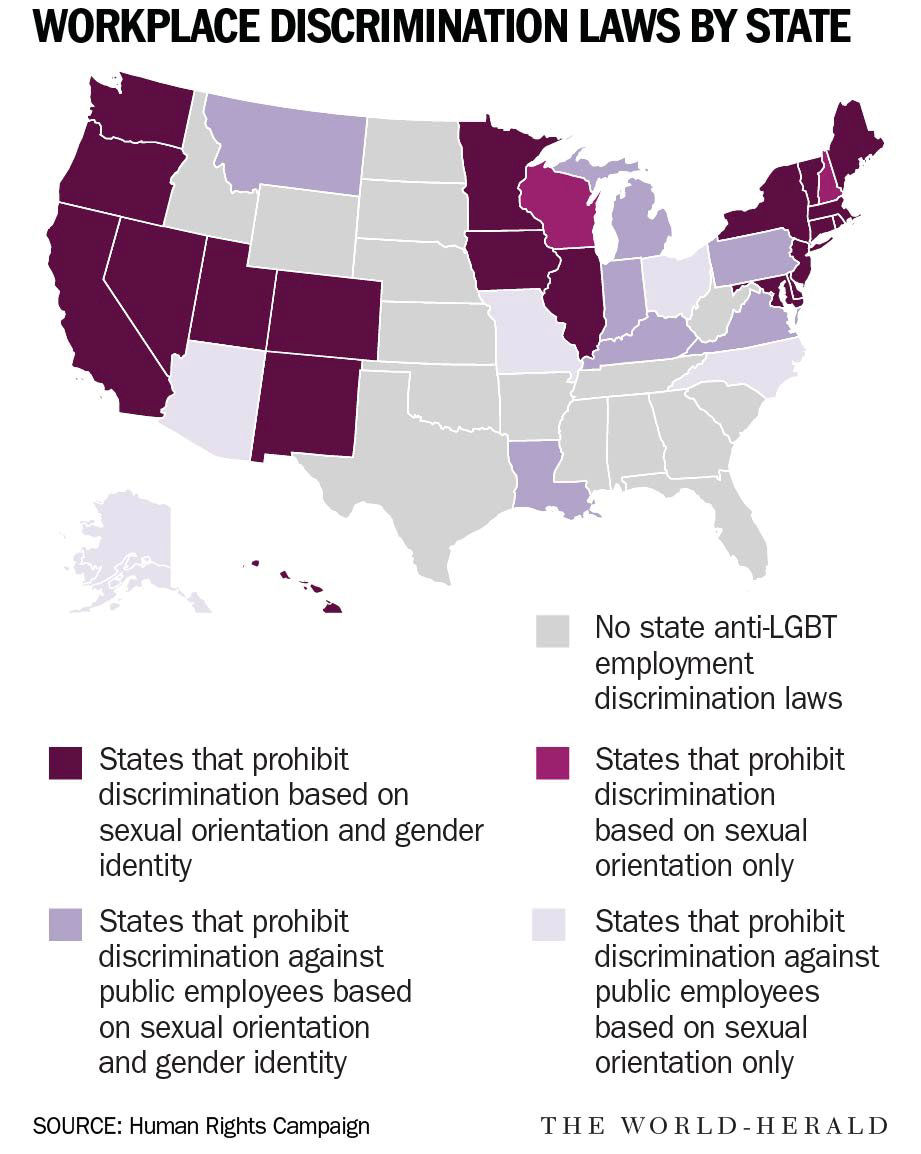 Legislative Bill 173, sponsored by State Sen. Adam Morfeld of Lincoln, would ban job discrimination on the basis of sexual orientation and gender identity.

But this year, as in past years, it’s drawn a mixed response from Nebraska’s business community, workers and residents.

The proposal isn’t new. If the bill is scheduled for a debate, it would mark the fourth time since 2014 that senators have discussed such a measure on the floor.

This year’s version would prohibit employers with 15 or more employees from discriminating against lesbian, gay, bisexual and transgender employees in the workplace — firing them, for instance, because of their sexual orientation or gender identity. However, employers could still fire an employee or reject a job candidate if they’re incompetent.

While some of Nebraska’s largest employers say they already prohibit discrimination on the basis of sexual orientation and gender identity, they remain neutral on the legislative proposal — neither supporting nor opposing it.

One large employer that is endorsing LB 173, and has supported similar measures proposed in previous years, is the nation’s second-largest railroad: Omaha-based Union Pacific.

“We have been supportive in prior years and demonstrated that support,” company spokeswoman Calli Hite said. Company policies specifically protect individuals on the basis of sexual orientation and gender identity, Hite said.

“Union Pacific values a diverse and inclusive workforce and is supportive of LB 173, which prioritizes protections we have long protected in our own policies,” Hite said.

The proposed legislation is supported by the Nebraska Equal Opportunity Commission, a state agency charged with eliminating discrimination; Omaha Mayor Jean Stothert and Lincoln Mayor Chris Beutler, along with the Omaha and Lincoln Chambers of Commerce; and Nebraska Appleseed, a nonprofit that advocates on behalf of low-income residents.

David Brown, president and chief executive of the Greater Omaha Chamber of Commerce, calls the measure, in part, a “workforce development issue.”

People might not move to Nebraska “if they felt they would be discriminated against,” he said. And if the state, which is facing labor shortages, is to attract and retain talent, particularly younger workers, it should consider offering the protections, Brown said.

In a 2015 letter published in The World-Herald, chamber staff members said they’ve repeatedly “heard from talented people who do not want to work in Nebraska because the state does not offer protection from discrimination based on sexual orientation.”

Opponents, which include the Nebraska Catholic Conference and Lincoln-based Nebraska Family Alliance, have voiced concern that the measure would extend beyond employment to require religious business owners to provide services to same-sex couples and to include public accommodations such as restroom access for transgender people.

The National Federation of Independent Business in Nebraska, which has more than 4,000 members, is neutral. The group is an organization of small businesses.

“Our members just haven’t indicated one way or another on that particular issue,” said Bob Hallstrom, the Nebraska federation’s president. The advocacy group, whose members include manufacturers, retailers, farmers and service companies, is a state chapter of the National Federation of Independent Business.

A spokesman for the Human Rights Campaign, a Washington, D.C.- based advocacy group that gathered workplace equality pledges from more than 100 Nebraska businesses in 2015, said it had no comment on Nebraska’s proposed bill. The advocacy group supports lesbian, gay, bisexual and transgender equality.

The bill has been advanced by a legislative committee and is awaiting first-round debate by the full Legislature.

Some Nebraska residents and workers view the proposal as overkill.

When it comes to hiring, employers should be able to choose the best person for the job, said Tom Henry, a retired Omaha resident.

“We have too many laws as it is,” said Henry, visiting a coffee shop at the Countryside Village shopping center on a recent morning. An Omaha physician, seated nearby, agreed, adding that common sense and acceptance is a better approach than what he said was burdening employers, especially small businesses, with more and potentially costly regulations.

Still, other organizations have moved from a neutral stance to one of support.

The Omaha Chamber was neutral on a 2014 state proposal that would have banned discrimination on the basis of gender identity and sexual orientation. The following year, the chamber endorsed a similar bill when the chamber’s young professionals affiliate voiced its support, and has endorsed subsequent versions, including this year’s.

Similar to the city ordinance, it defines sexual orientation as actual or perceived homosexuality, heterosexuality or bisexuality. Gender identity is defined as “the actual or perceived appearance, expression, identity, or behavior of an individual, whether or not that appearance, expression, identity, or behavior is different from the individual’s assigned sex at birth” — again, similar to Omaha’s law.

Matt Heffron, an attorney for the Thomas More Society, a conservative nonprofit law firm, said the proposed Nebraska bill would impinge on the rights of churches, religious groups and individuals to operate businesses in accordance with their religious or moral beliefs. Religious organizations are exempt from the Omaha city ordinance.

The proposed statewide measure doesn’t include exemptions that would allow churches or religious organizations or individuals to operate businesses in accordance with their religious or moral beliefs, said Heffron, who testified before the Nebraska Legislature’s Judiciary Committee.

While not offering an opinion on LB 173, some local employers have built anti-discrimination clauses covering sexual orientation and gender identity into their hiring and workplace policies, including Mutual of Omaha, Werner Enterprises, First Data and TD Ameritrade. An informal survey of local employers drew the following responses:

» Jim Nolan, a spokesman for Mutual of Omaha, said the company “is committed to equality of opportunity for all qualified people, and our corporate policy prohibits discrimination on the basis of gender, gender identity, gender expression or sexual orientation.” Mutual of Omaha has not taken a position on LB 173.

» Kim Hillyer, spokeswoman for TD Ameritrade, said that one of the firm’s core values is that “People Matter.”

“We want each of our employees to feel comfortable bringing his or her full self to work,” Hillyer said. “That means providing a welcoming employment environment that enables talented men and women of varying religions, ethnicities, sexual orientations ... to grow successful careers.”

Hillyer said the company updated its policy several years ago to make it applicable companywide, “regardless of the laws in the individual states where our employees work.”

But more than just legal compliance, Hillyer said, the company has found that “inclusive employment practices, in our opinion, are good for clients.”

“They ensure that we remain creative and innovative, that we understand and appreciate the diversity of our client base, and that we continue to build and support the communities where we live and work.”

Correction, March 8: An earlier version of this article misspelled the name of the Thomas More Society.

The Legislature’s Judiciary Committee voted 5-1 with one member abstaining to advance Legislative Bill 173 to the floor.