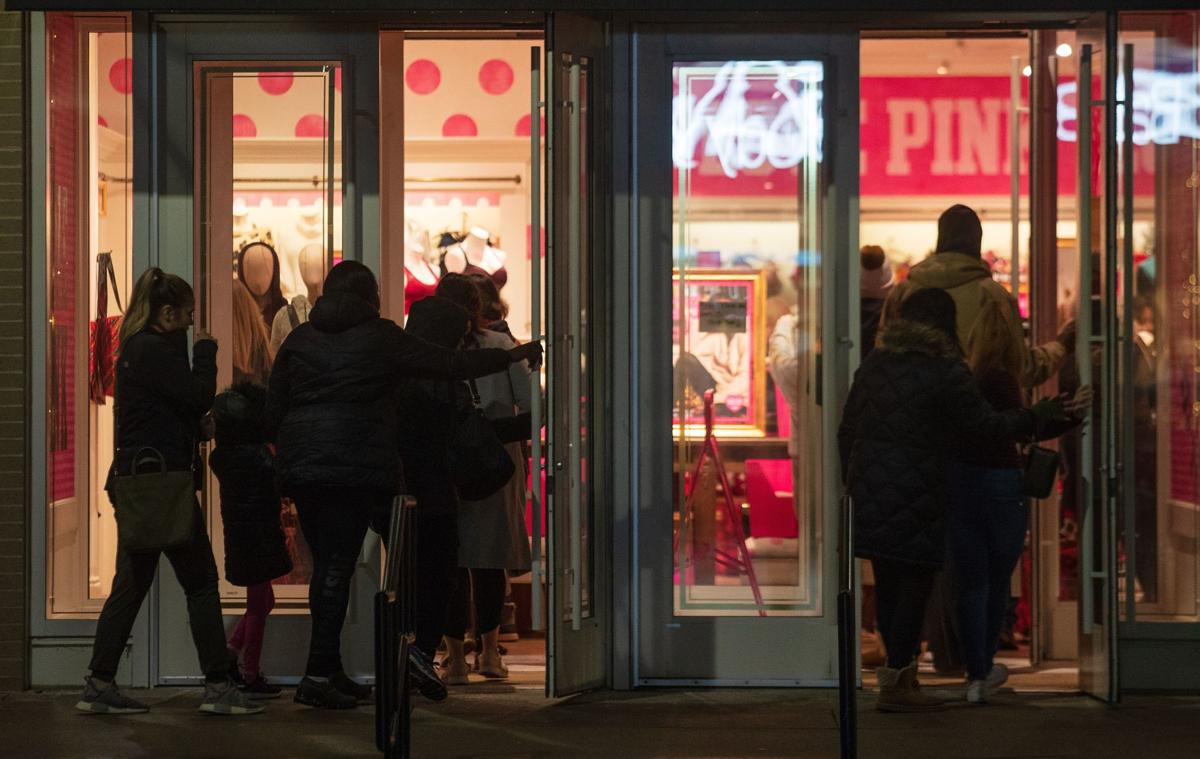 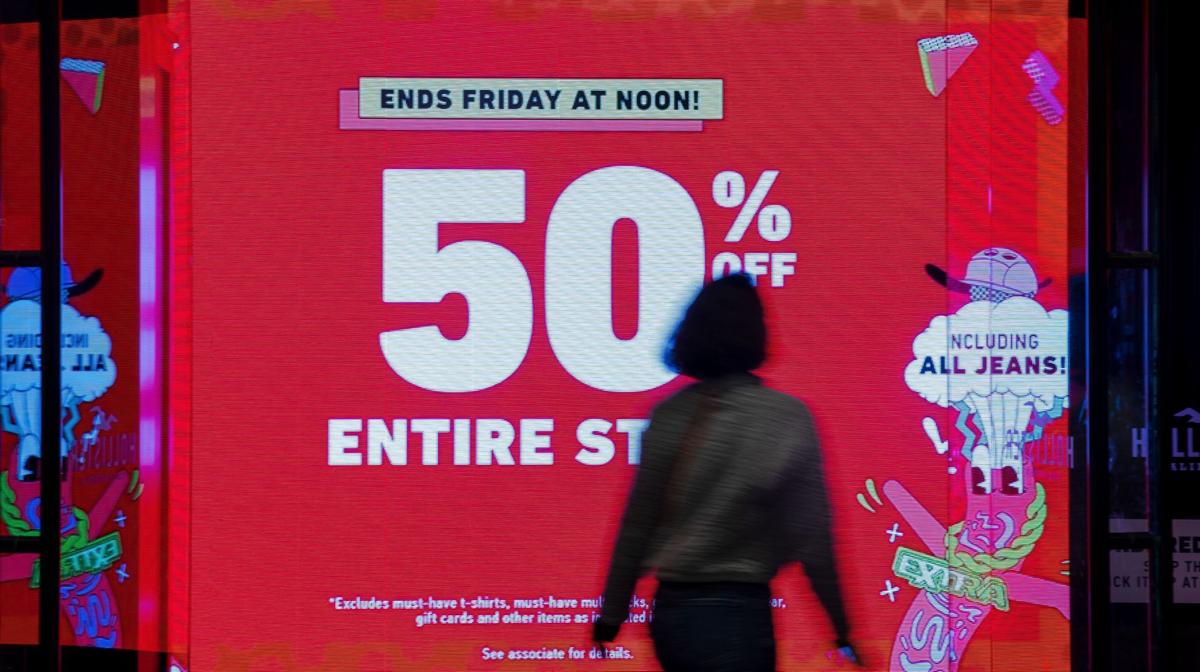 A store at Westroads Mall touts its Black Friday deals. This holiday shopping season is six days shorter than in 2018. 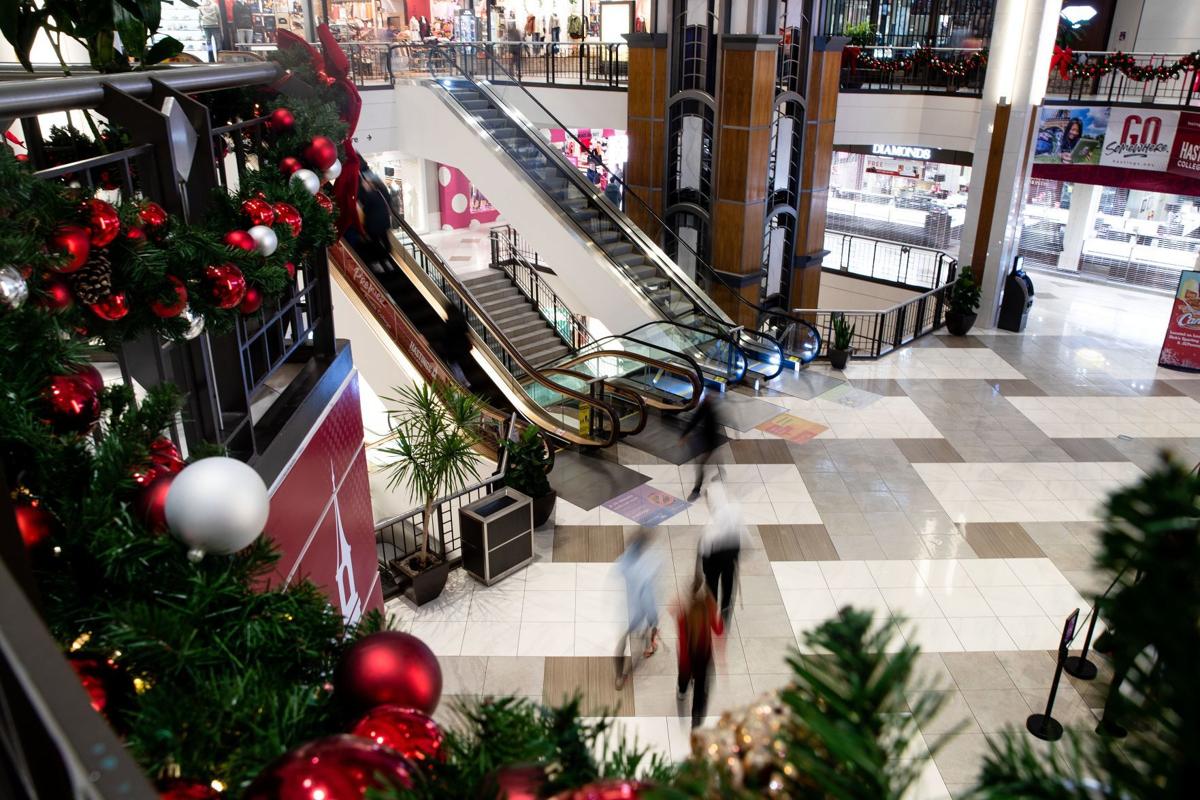 Shoppers cruise through Westroads Mall on Black Friday in Omaha. 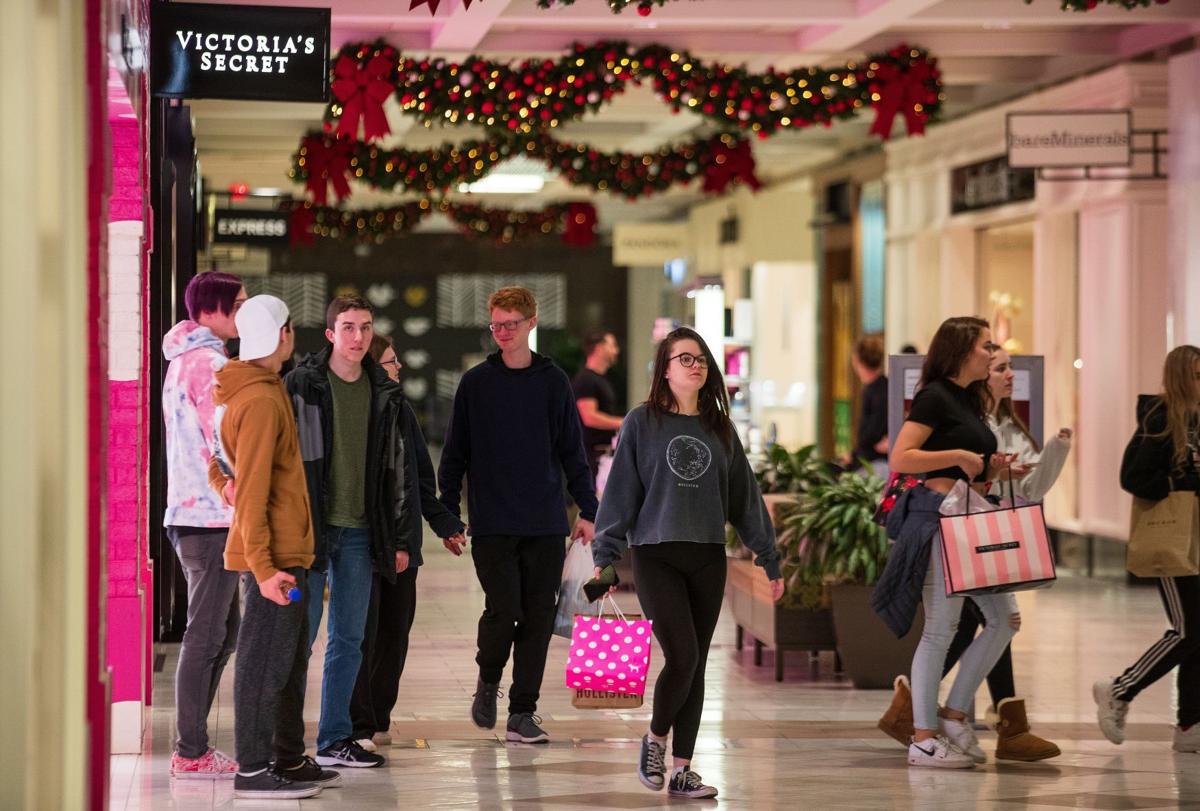 Shoppers at Westroads Mall. The U.S. holiday shopping season is off to “a really good start,” according to Deloitte LLP. 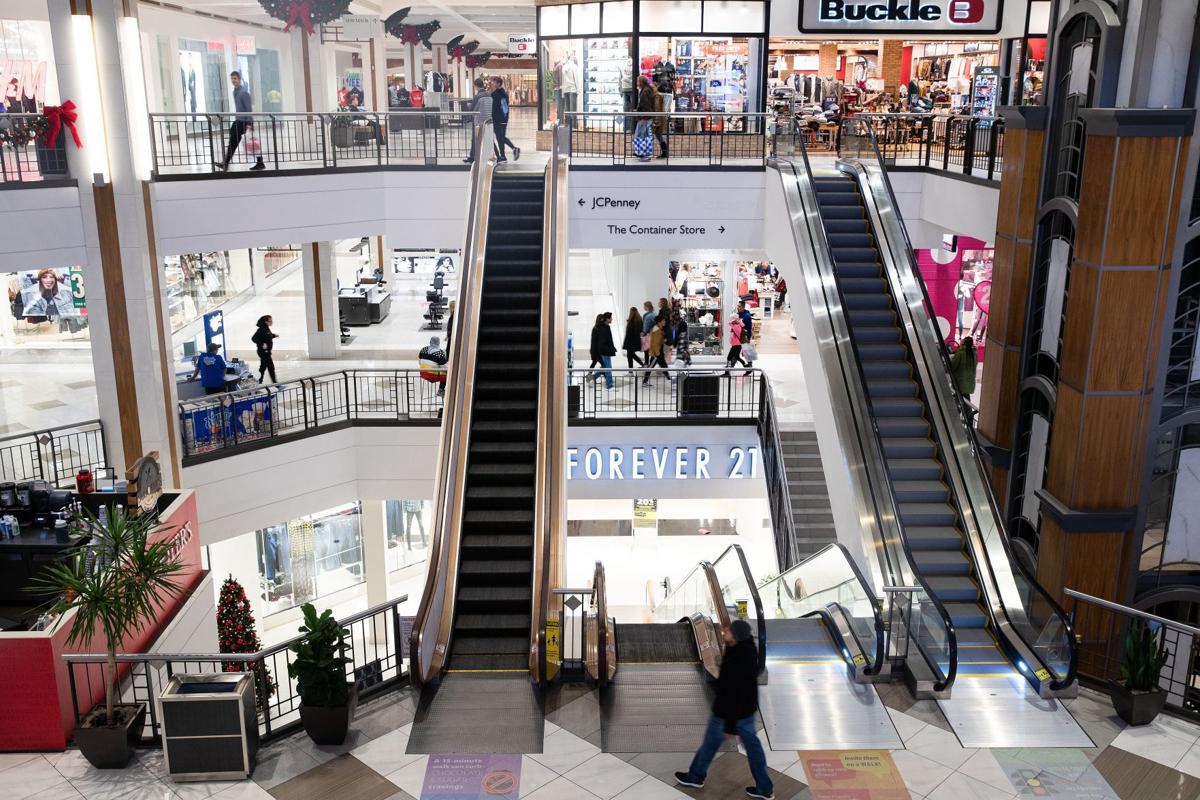 Shoppers walk through Westroads Mall on Black Friday in Omaha. 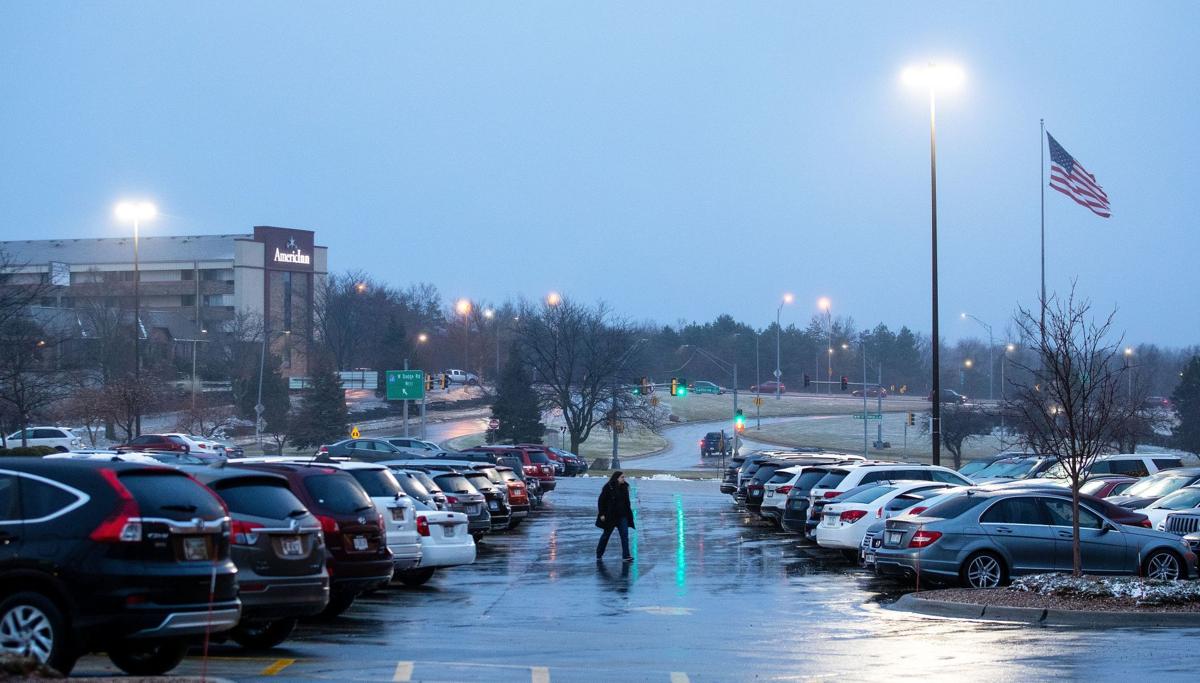 Shoppers were greeted by cold and freezing rain on Black Friday in Omaha. 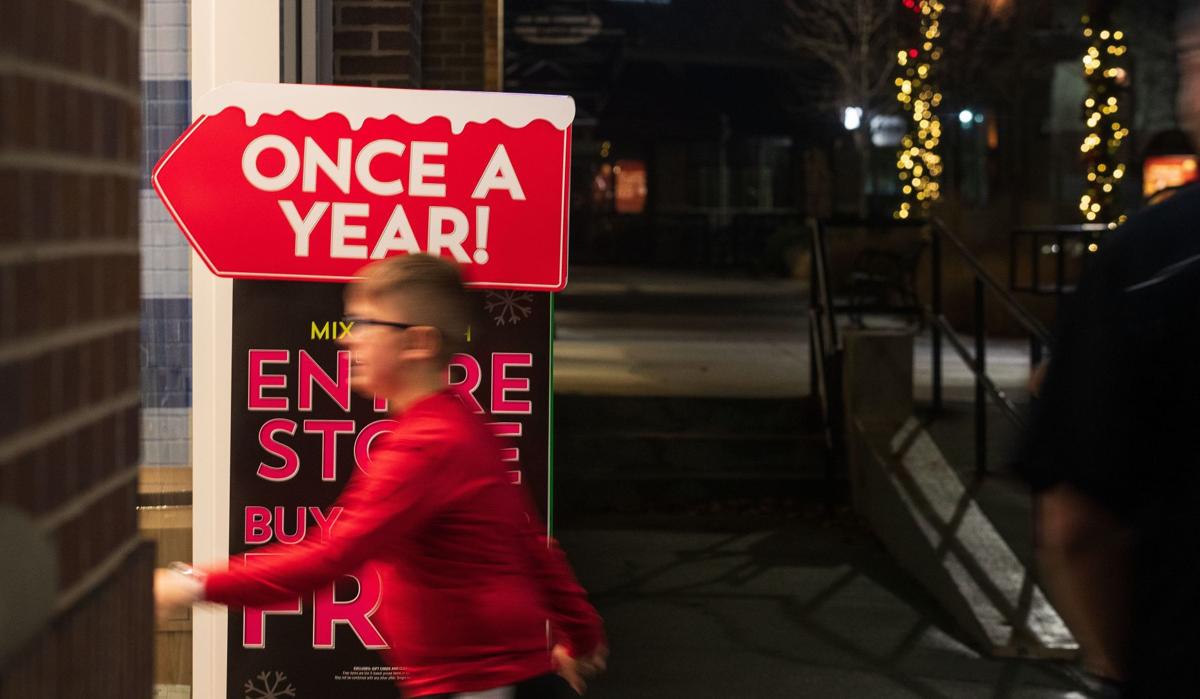 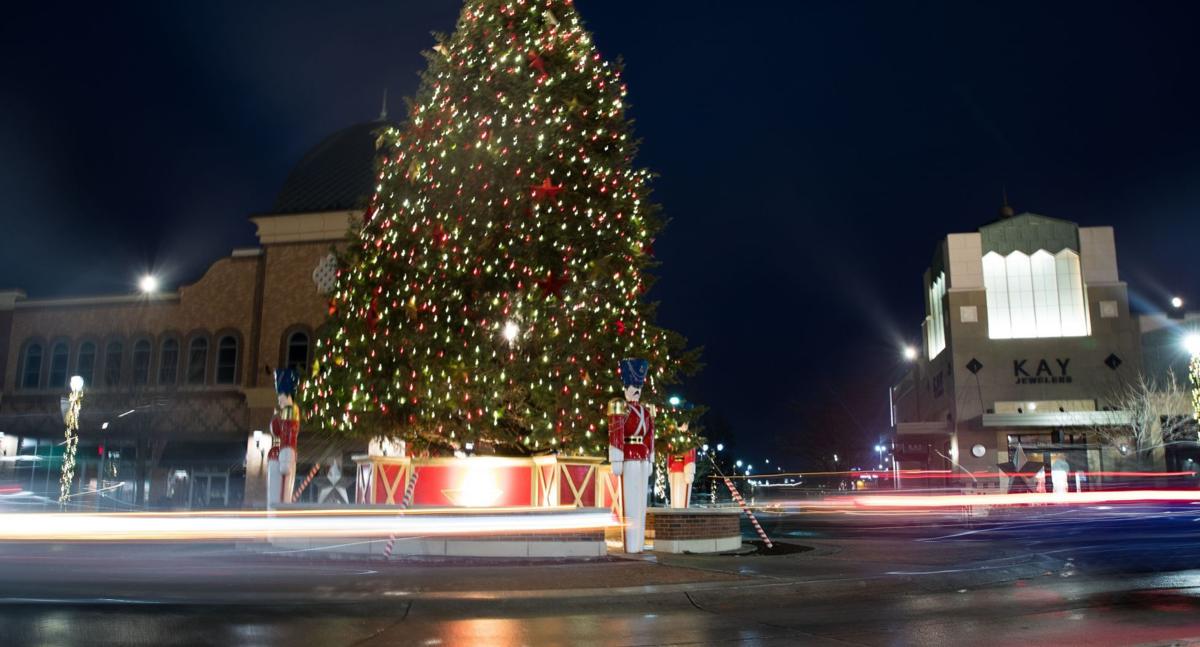 Lights from the Christmas decor and the vehicles of shoppers Shadow Lake Towne Center in Papillion on Thanksgiving night. 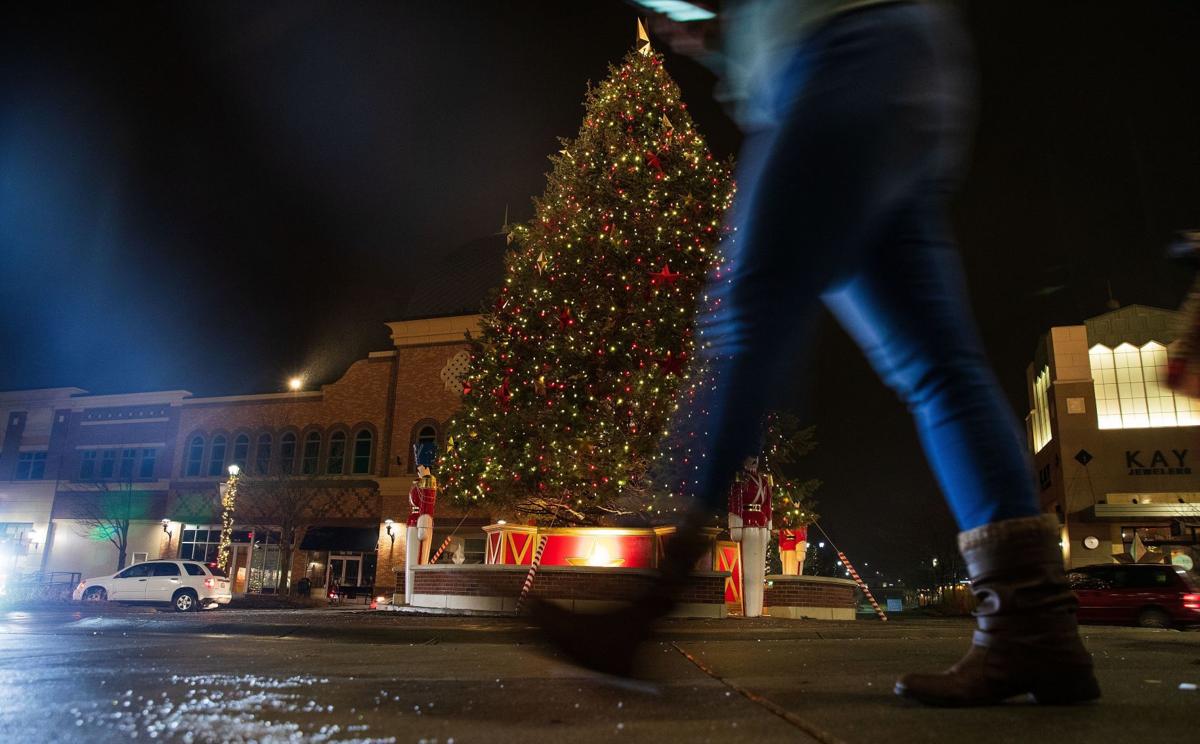 Shadow Lake Towne Center in Papillion on Thanksgiving night, when some customers got a head start on their Black Friday shopping. 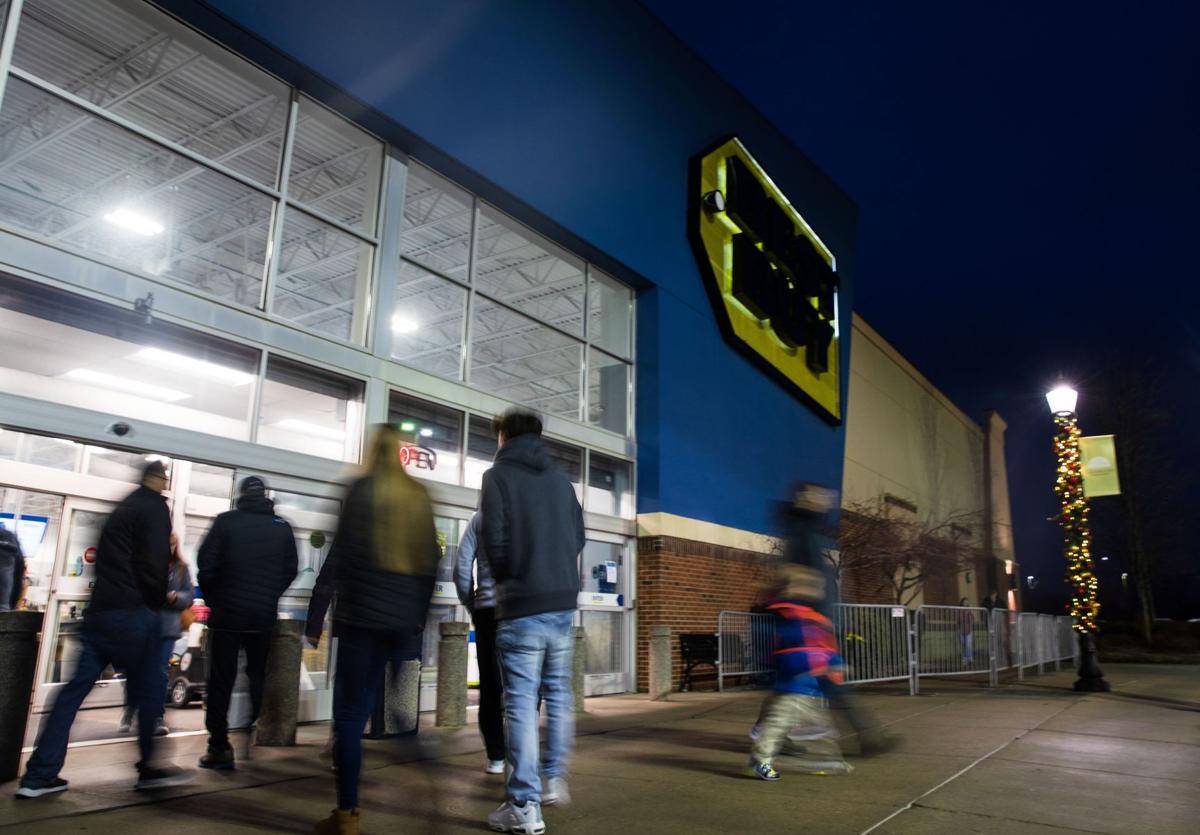 Customers flow in and out of Best Buy at Shadow Lake Towne Center in Papillion on Thanksgiving night. 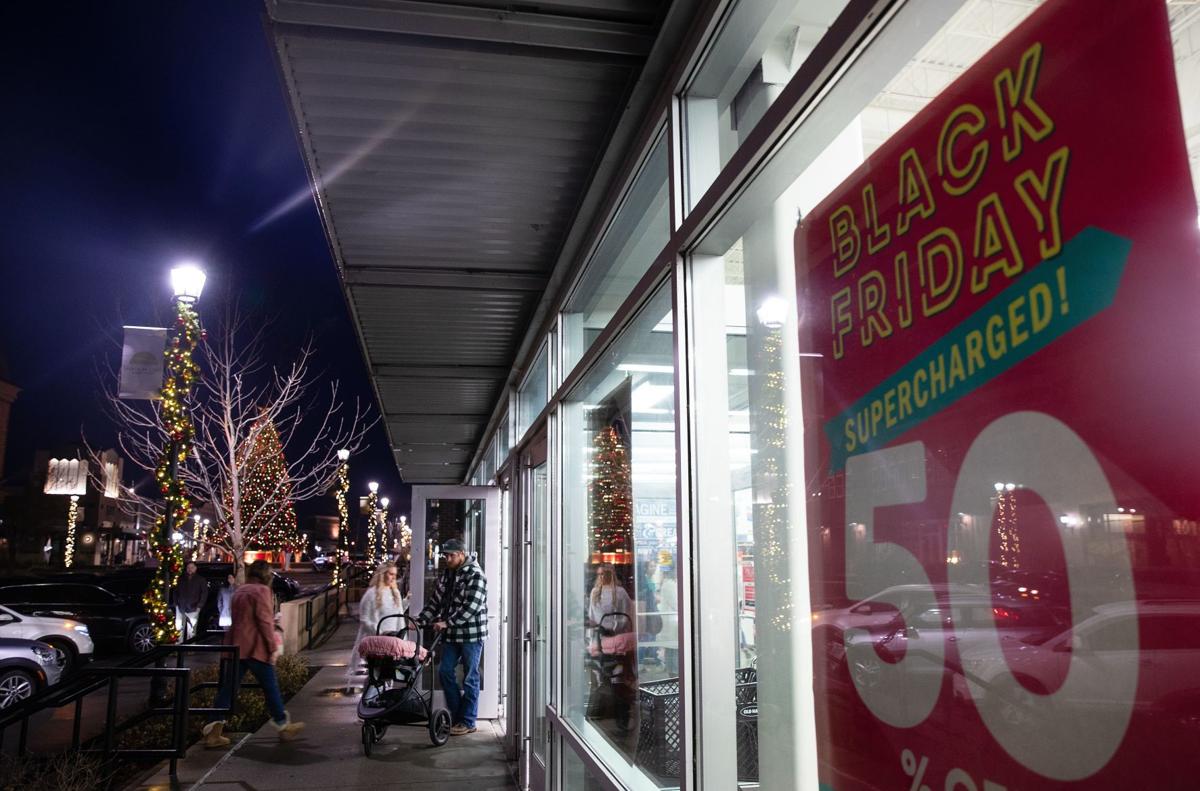 Customers come and go at the Old Navy at Shadow Lake Towne Center in Papillion on Thanksgiving night.

A store at Westroads Mall touts its Black Friday deals. This holiday shopping season is six days shorter than in 2018.

Shoppers cruise through Westroads Mall on Black Friday in Omaha.

Shoppers at Westroads Mall. The U.S. holiday shopping season is off to “a really good start,” according to Deloitte LLP.

Shoppers walk through Westroads Mall on Black Friday in Omaha.

Shoppers were greeted by cold and freezing rain on Black Friday in Omaha.

Lights from the Christmas decor and the vehicles of shoppers Shadow Lake Towne Center in Papillion on Thanksgiving night.

Shadow Lake Towne Center in Papillion on Thanksgiving night, when some customers got a head start on their Black Friday shopping.

Customers flow in and out of Best Buy at Shadow Lake Towne Center in Papillion on Thanksgiving night.

Customers come and go at the Old Navy at Shadow Lake Towne Center in Papillion on Thanksgiving night.

Black Friday shoppers in the metro area were undeterred by temperatures in the mid-30s and a light-but-persistent drizzle that fell all day. The promise of hot deals on clothes, electronics and toys was enough to lure some out of the house for one of the busiest shopping days of the year. Others shopped online from the warmth and comfort of their couches.

An estimated 165 million people likely will shop over the long holiday weekend from Thanksgiving Day to Cyber Monday, according to a survey by the National Retail Federation and Prosper Insights & Analytics.

Sara and Jeremy Mooney got started about 4:30 a.m. — and they didn’t think that was all that early.

“We never have a plan,” Sara Mooney said. “We go after all the crazy people have left.”

“We’d probably keep driving if there was a line,” Jeremy Mooney said.

The two were leaving the Justice store at Shadow Lake Towne Center in Papillion. They have one child and several nieces and nephews to shop for.

The Mooneys like to shop at a mix of big-box retailers and local businesses. So they stopped at Old Navy, Target, Walmart and Kohl’s, and planned trips to Spielbound Board Game Cafe in Omaha, which had a game sale, and Fat Brain Toys.

With Thanksgiving falling on Nov. 28 this year, the official holiday shopping season — the consumer countdown to Christmas — is six days shorter than in 2018.

Adobe Analytics predicts a loss of $1 billion in online revenue from a shortened season. Still, it expects online sales will reach $143.7 billion, up 14.1% from last year’s holiday season.

Adobe said that as of 5 p.m. on Thanksgiving, online sales for the day reached $2.1 billion, representing a 20.2% increase from a year ago. Top selling products included MGA Entertainment’s LOL Surprise toys and toys tied to the sequel to Disney’s “Frozen.” Among the most popular electronics items were the Amazon Fire TV, Google Chromecast and air fryers.

“This has been a really good start,” said Rod Sides, vice chairman and leader of U.S. retail and distribution practice at Deloitte LLP. “Black Friday isn’t as important as it was in the past, but it is still the biggest shopping day. It is the most critical barometer of spending.”

“Walk, walk, walk!” security guards at Nebraska Furniture Mart reminded customers as they poured in when the doors of the megastore opened at 8 a.m.

Shoppers made a beeline for Elsa dolls from “Frozen,” steam cleaners and discounted TVs.

Lisa Pihlgren, her three daughters and Celeste Garvis arrived at the Mart at 2 a.m. and were at the front of one of several lines that snaked around buildings.

Pihlgren said people in other lines had arrived hours before her and camped out overnight.

Garvis had one goal: to get a new refrigerator. There were only 10 LG fridges up for grabs at the special doorbuster price of $799.

Janice and Gregory Lloyd were counting their lucky stars.

She had her eye on an Instant Pot deal, but a woman in front of her grabbed the last box.

The giddy duo were headed next for coffee and breakfast.

Bash grabbed one of a limited number of Barbie Dream Houses at the Mart. “It’s the only thing my 7-year-old wanted from Santa,” she said.

This was her third year in a row participating in Black Friday shopping.

“You can get some good deals,” she said.

Now just one task lies ahead: assembling the Barbie house.

“So that will be interesting,” Bash said.

Shoppers from near and far converged on the Village Pointe shopping center in west Omaha.

Nina Lanuza and her three boys drove from Schuyler, Nebraska, to scoop up AirPods Pros from the always-bustling Apple store — even though they weren’t actually on sale.

“It was good, actually,” Lazuna said of the crowds. “A lot less people than I was expecting.”

The family was headed to the Nebraska Crossing Outlets in Gretna next — the boys like brands Nike and Adidas.

Lazuna wanted to get back on the road after that , worried about icy roads on their 1.5-hour drive back to Schuyler.

Craig Christians drove his two teenage girls — Alexis, 18, and Ashley, 16, — from their home in Logan, Iowa, to stores 45 minutes away.

At Village Pointe, the girls grabbed jeans, perfume and other clothes from American Eagle Outfitters and Victoria’s Secret.

Dad had his eye on a new TV from Best Buy.

“We’ve got to get the TVs while they’re cheap — or cheaper,” he said.

The girls had already voted on where to go for lunch: Taco Bell.

He was finished shopping 15 minutes after the store opened at 5 a.m.

The two-hour wait in 30-degree temperatures wasn’t too bad, he said. Cabela’s staff handed out coffee and doughnuts, and the crowd wrapped around the building made it inside within three minutes once the doors opened.

“Piece of cake,” an employee said.

Amber and Billy Bailey also grabbed a fish finder — a combination Christmas/birthday gift for Billy — and some $10 fleeces.

By 5:05 a.m., Ron Vollmer had picked up his annual supply of jeans.

The Papillion resident made quick work of his shopping list at Cabela’s, and was the first one through the checkout line.

He was considering stopping at Office Depot next to stock up on paper, but didn’t think they’d be open quite so early.

At the Shadow Lake shopping center, Dick’s Sporting Goods, J.C. Penney and Bed Bath and Beyond were starting to get decent foot traffic by 6:30 a.m.

One woman outside the Ulta said she was shopping just to pass some time while visiting relatives for Thanksgiving.

Ross Mills of Bellevue isn’t usually a big Black Friday shopper, but he knew his son needed a new blanket, so he stopped in at Bed Bath and Beyond.

“This is very rare for me,” he said. “I’m usually one to avoid these places.”

Fueled by caffeine, the two hit up Dick’s Sporting Goods, picked up a bedding set at Bed Bath and Beyond and were headed to J.C. Penney so Judy Stigge could buy pajamas for her grandkids.

They were looking forward to one stop in particular: breakfast, probably at Hy-Vee.

Ice blamed for several crashes in Lincoln; roads expected to be slick this morning

It's shaping up to be Black Ice Friday. Law enforcement agencies were cautioning motorists to take it easy as slick spots were forming, or were expected to form, as temperatures hovered around freezing Thursday night into Friday morning.