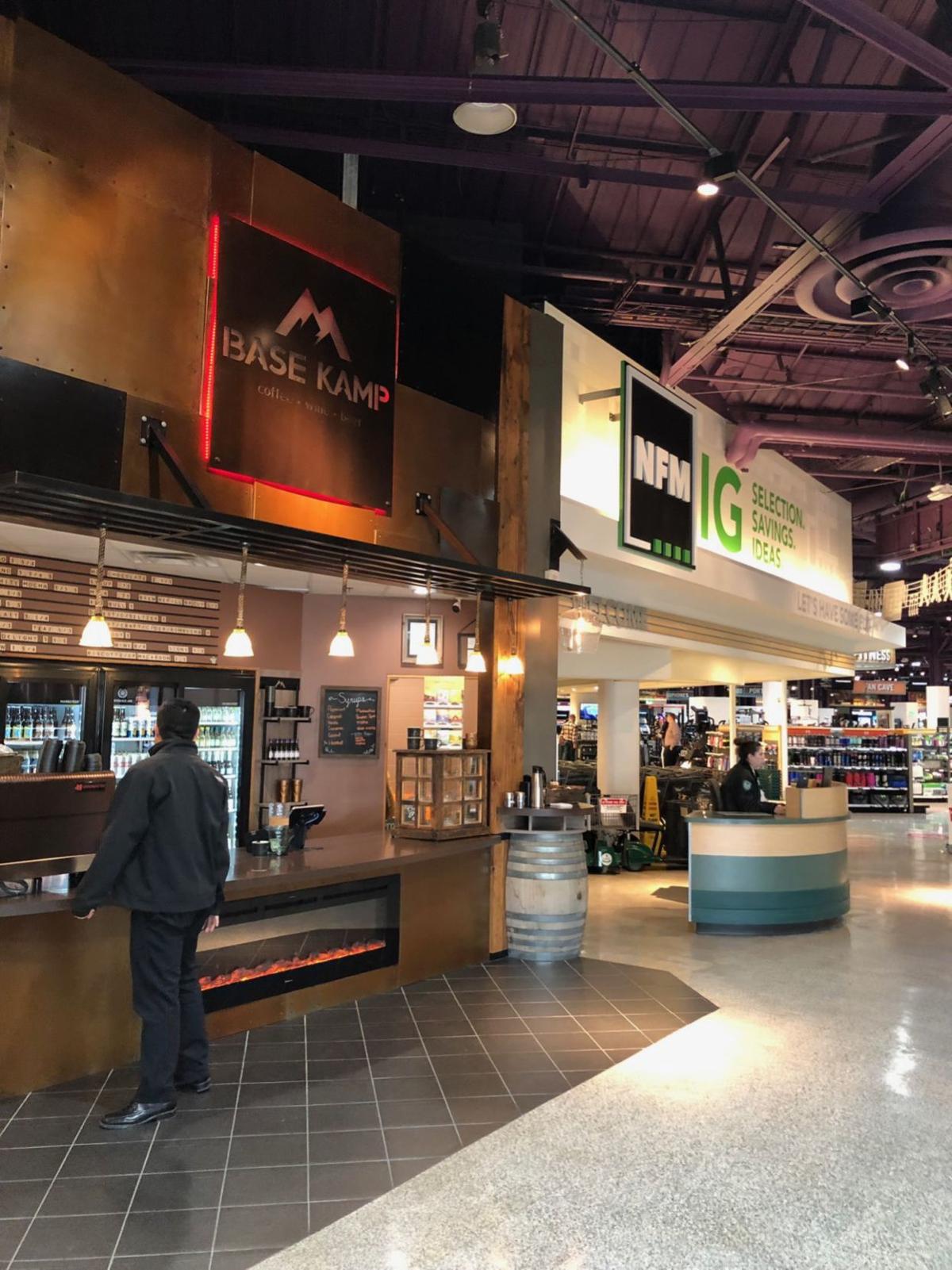 I took my normally teetotaler mother to the bar. At the Nebraska Furniture Mart, aka NFM.

There we were on a recent weekday afternoon, just a couple of ladies with wine. I guzzled a smooth pinot. She gamely sipped a moscato.

We toasted under the bright lights of the wall-mounted TVs inside the “bar,” which doubles as a Subway sandwich dining area.

To our left, inside this Nebraska Furniture Mart annex, was Home Office. To our right was Electronics.

We weren’t stuck there. If we wanted to walk around and sip wine while picking out washing machines or gaming systems, we could. Currently, consumption is OK in the Appliances and Electronics Building.

The other patrons of the hour included an older man with a motorized cart and a weary woman who handed her phone over to her toddler. La Buvette, this was not.

However, the latest Mart addition — a bar serving wine, beer and local Hardy Coffee Co. joe — could be the smartest move the Mart has made since Mrs. B. used her birthday as a sales gimmick.

How many times had past Mart customers longed for a little liquid courage to pull the trigger on a couch, a stove, a too-smart TV understandable only to NASA scientists?

How many marriages could have been saved by this breather before picking out a sectional that might not fit through the front door?

The Mart is not the first alt-bar. Whole Foods has a bar and lets you sip and shop (taking the edge off that grocery tab). Some Hy-Vees offer sit-down bar areas. If there are others, let me know so I can plan my errands accordingly.

It’s owned by Bradley and Traci Krauth, who own some Subway stores in Nebraska, including the one inside the Mart. The bar name reflects the couple’s love of the outdoors and is a nod to a trip they made to Mount Everest. Base Kamp features a nice selection that includes pastries.

The bartender/barista picked a red for me: Le Grande pinot noir ($9). A glass of Barefoot moscato that retails for about $6 a bottle at the grocery store was $6 at Base Kamp.

Add a cinnamon roll and muffin (a microwave is coming, apologized the bartender/barista who couldn’t warm them up yet). Throw in a medium-sized black coffee and the tab without tip was $27.

Then again, Base Kamp is not a destination per se. It is, as its name suggests, a place you refuel before the sometimes exhilarating, sometimes treacherous shopping climb ahead.

Made right here: 12 things you may not know came from Nebraska

Grace: This Nebraskan is not OK with Nebraska Furniture Mart going 50 shades of beige with 'NFM'

Andy Shefsky, a Nebraska Furniture Mart spokesman, says "NFM" is a logo change, not a name change. The headquarters is staying put in Nebraska. The company practice of selling cheap and telling the truth isn't changing. And that "N" in NFM remains Nebraska.