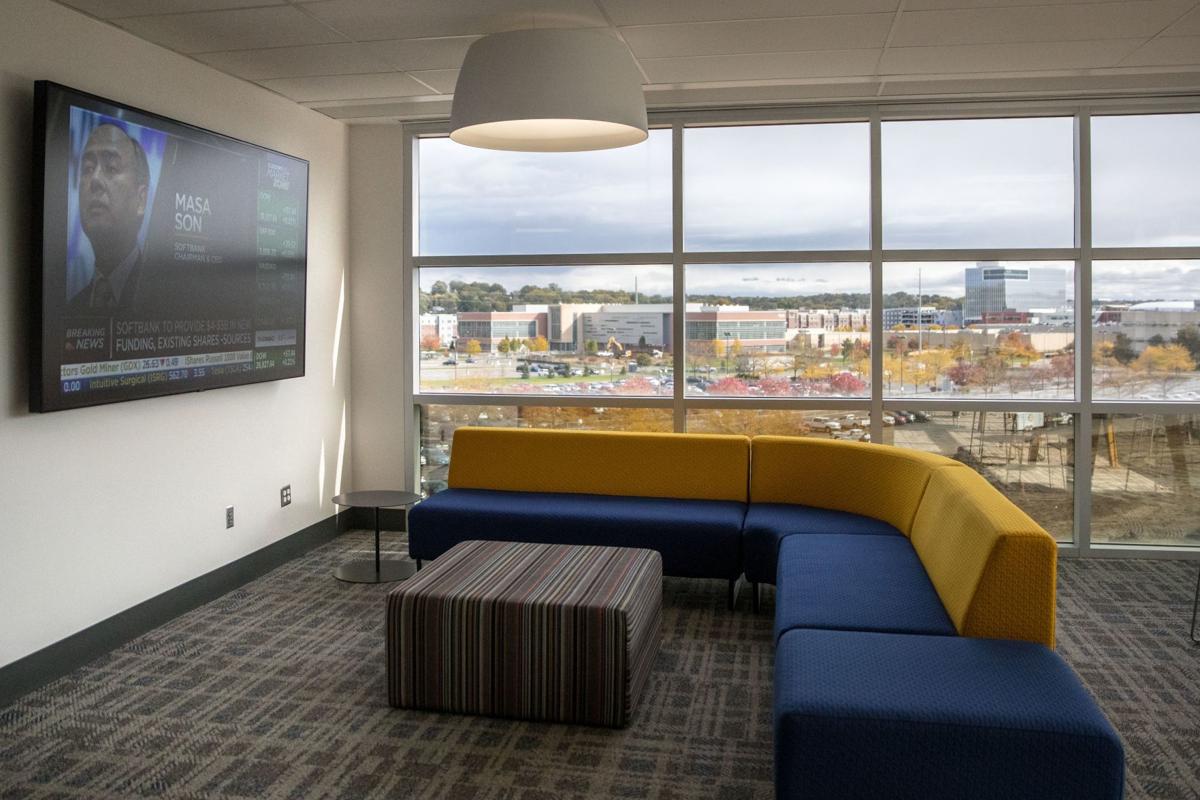 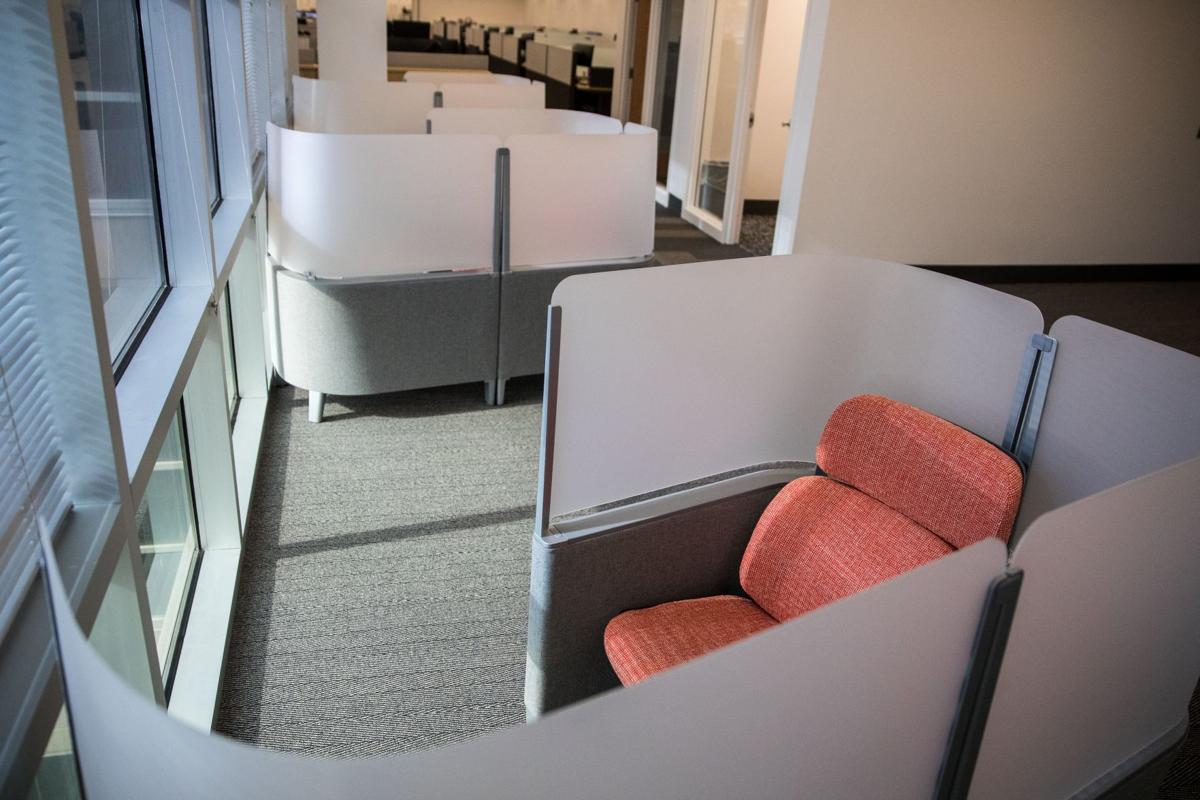 A worker cocoon area at Fiserv, located at 6855 Pacific St. 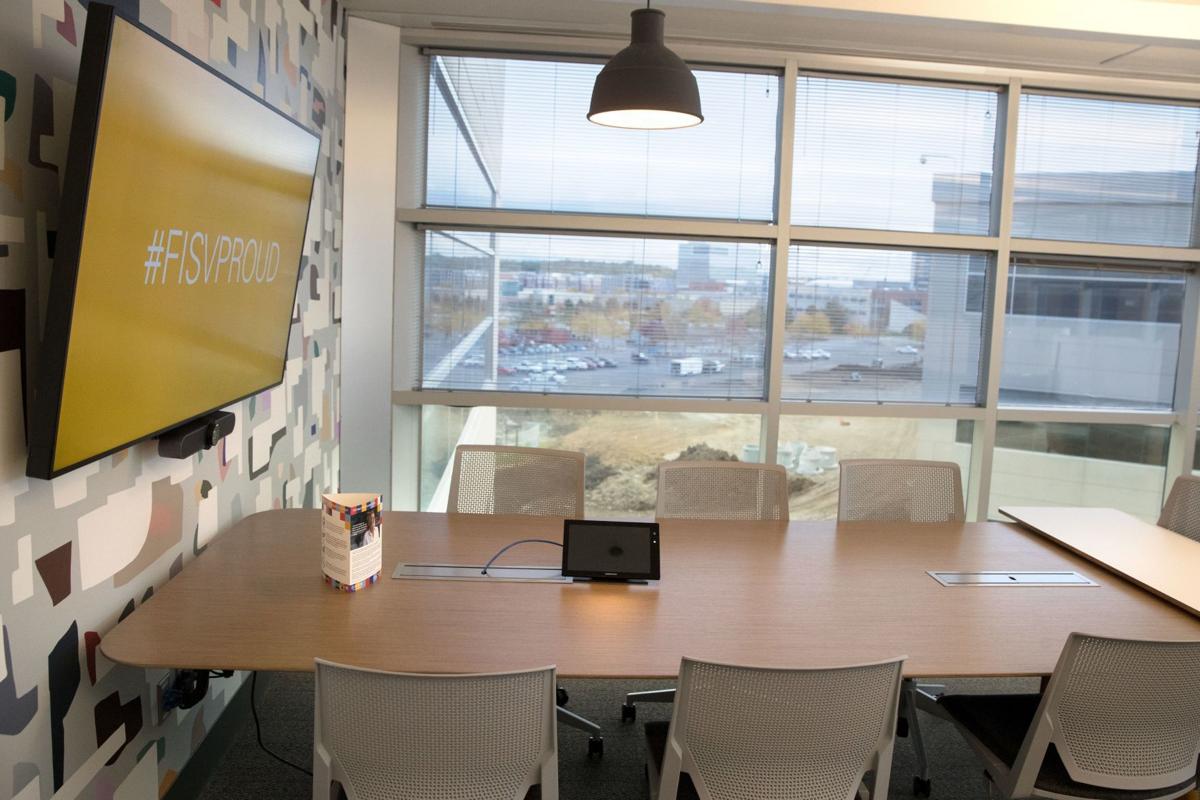 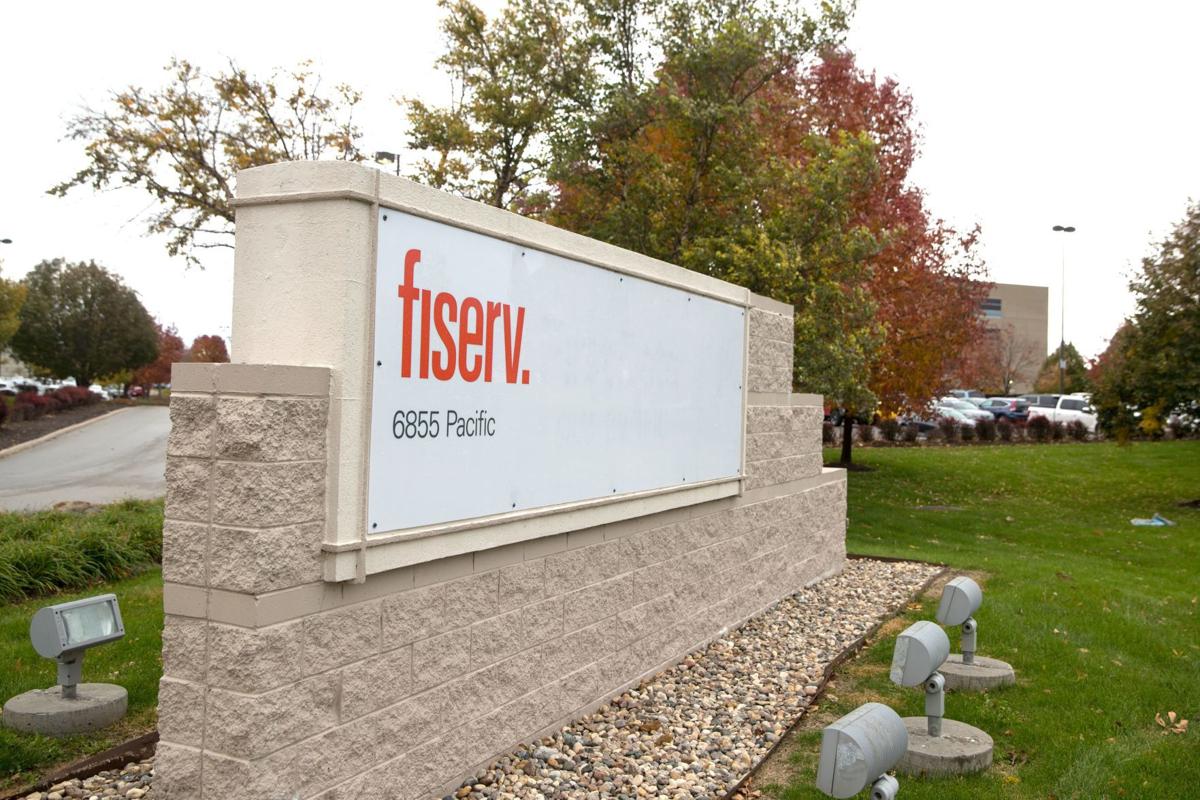 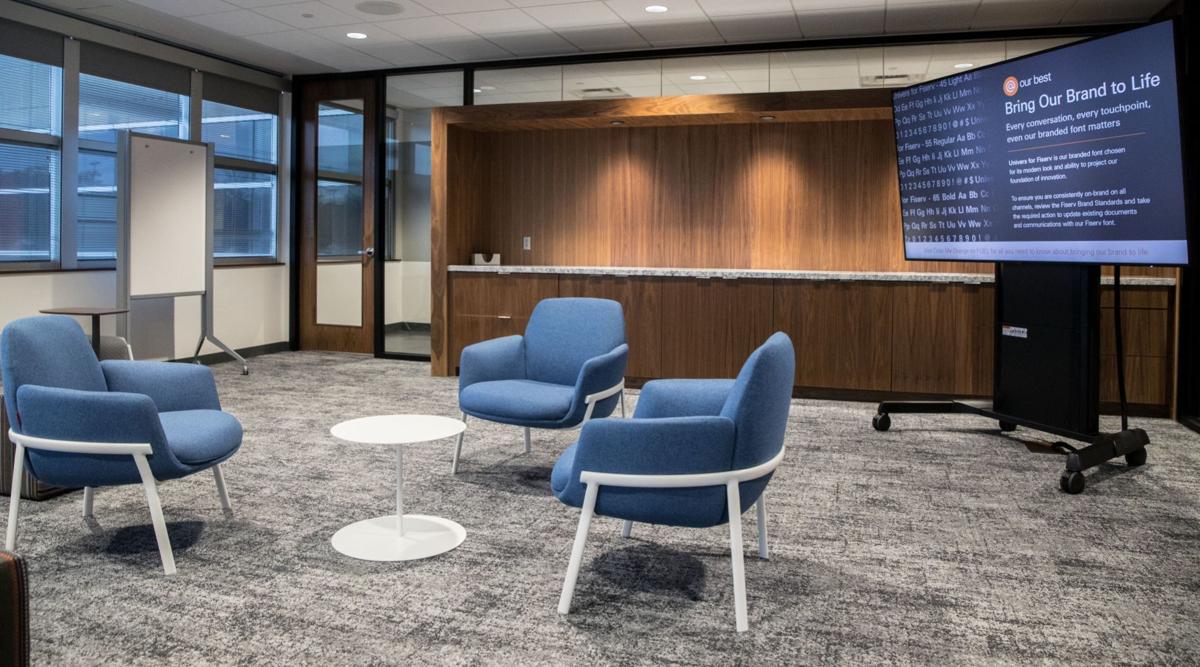 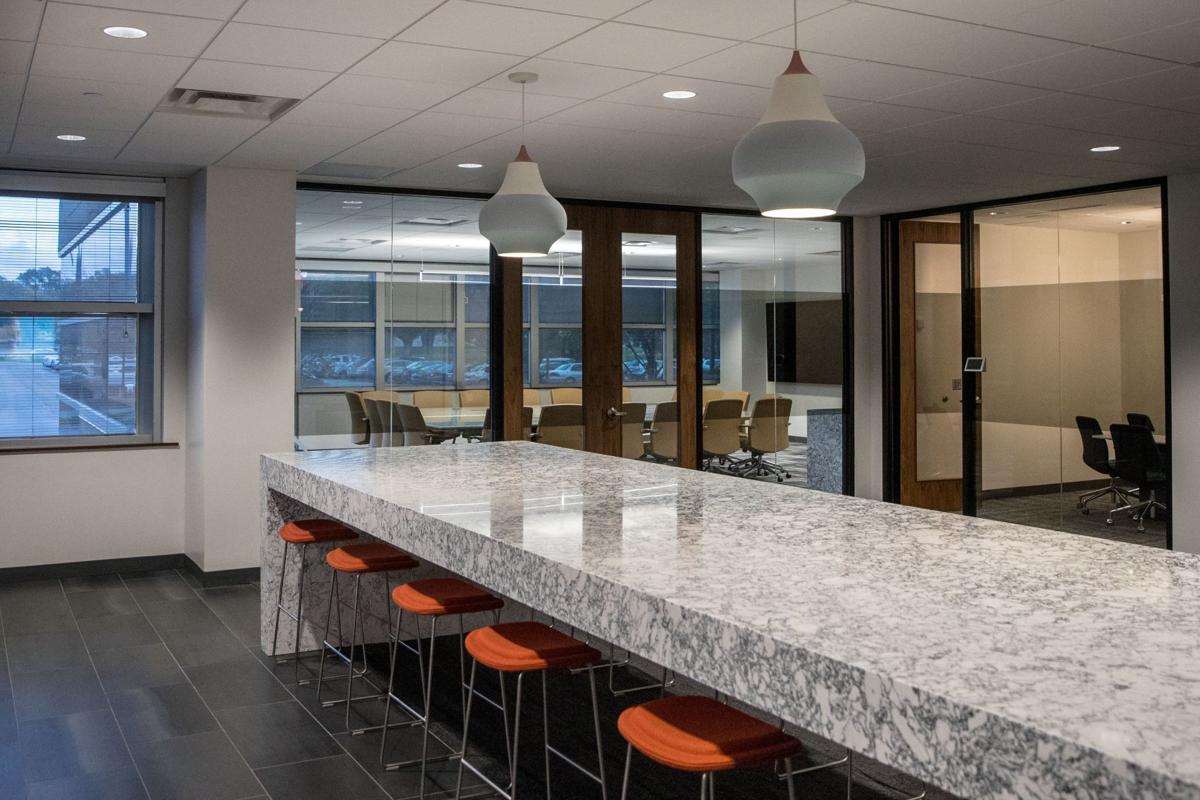 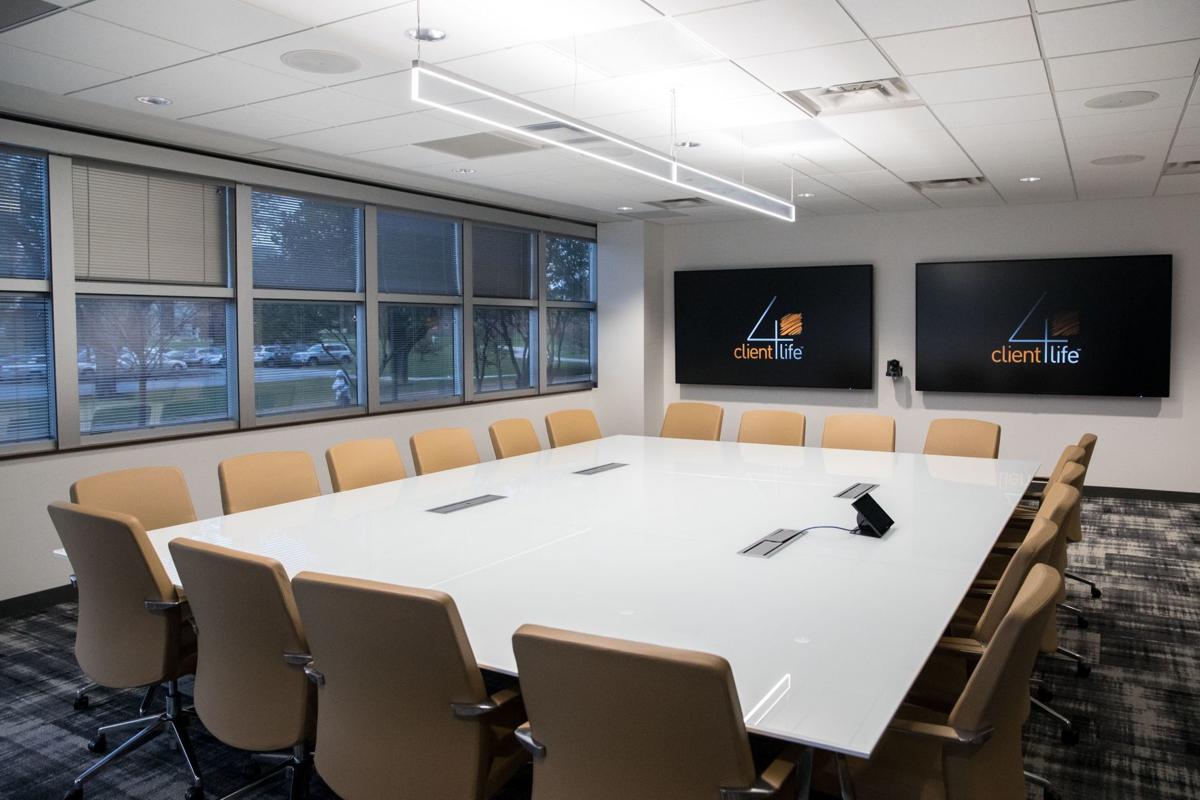 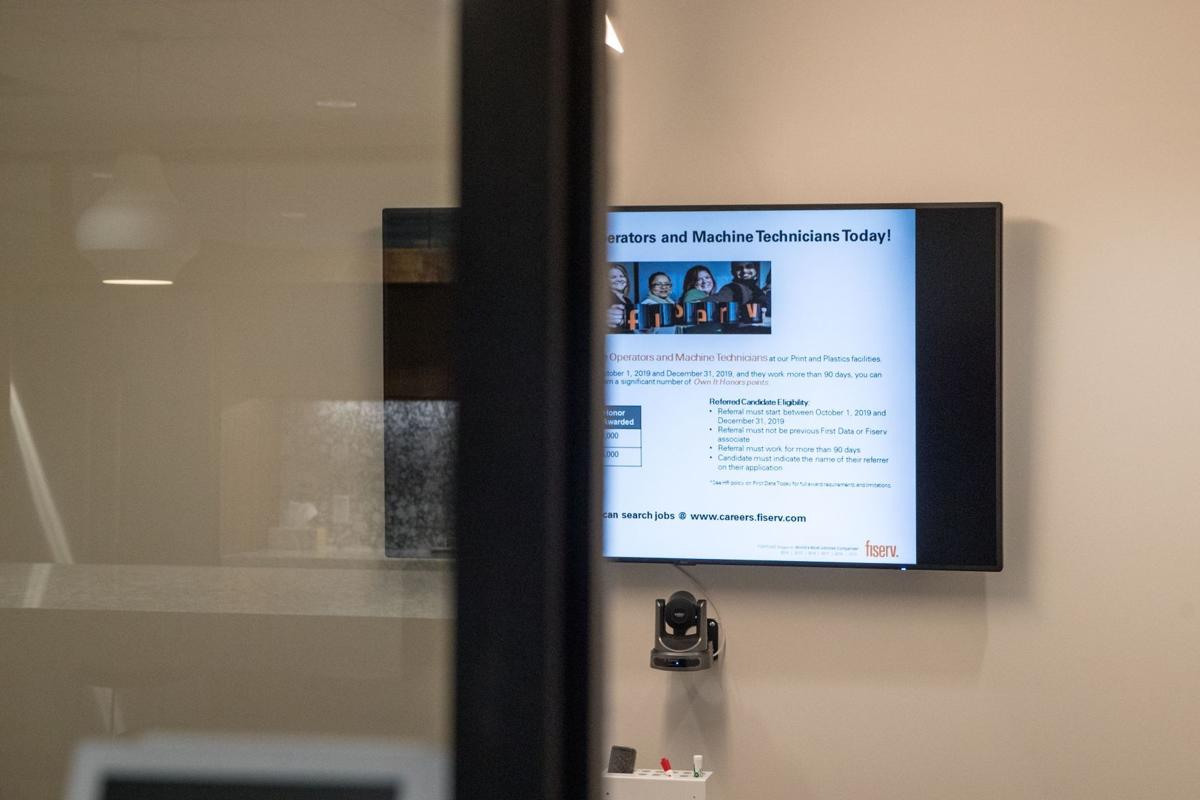 The many video screens inside the Fiserv building enable employees in the Omaha offices to meet with workers elsewhere in the Fiserv network. Interior walls have been replaced by glassy barriers that allow people to look in at meetings from the hallways. 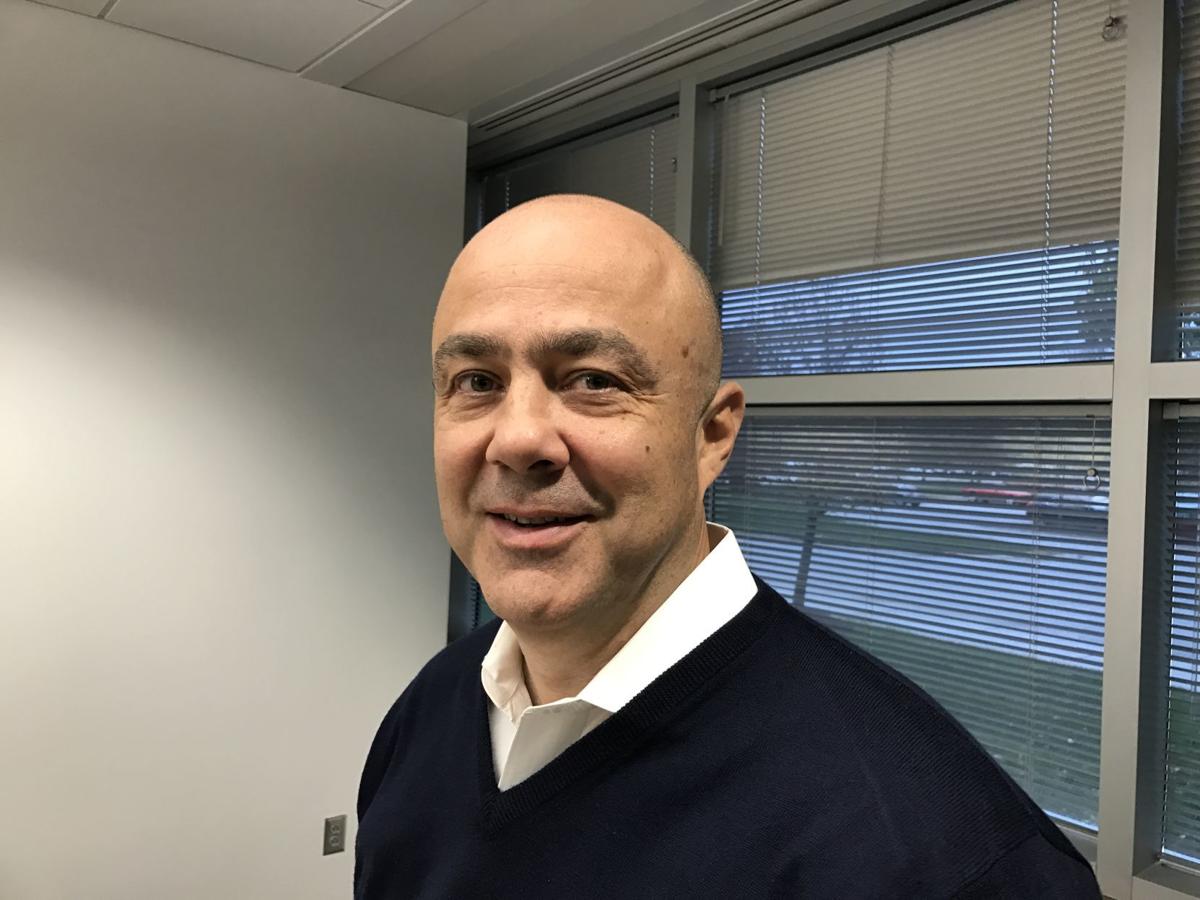 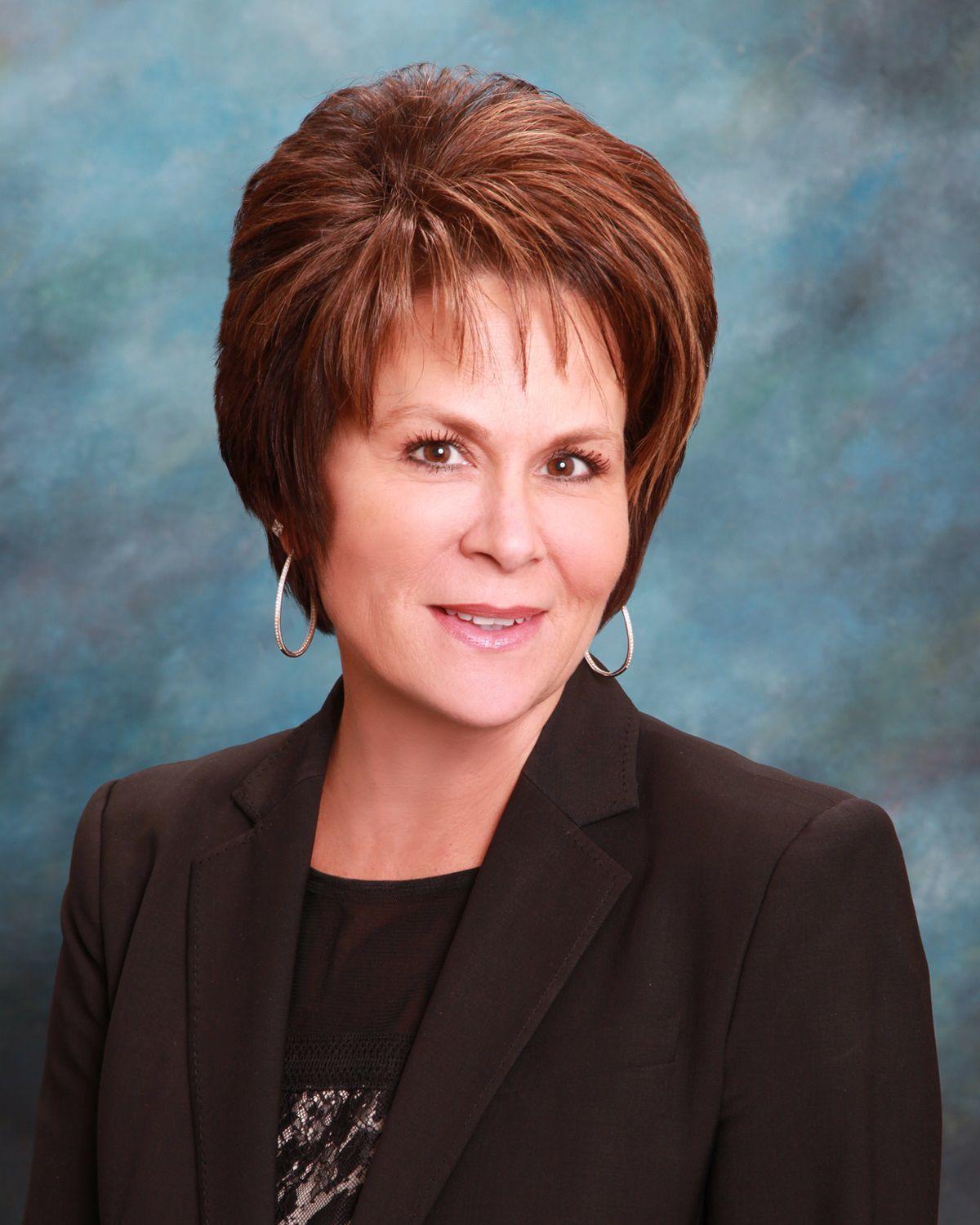 A worker cocoon area at Fiserv, located at 6855 Pacific St.

The many video screens inside the Fiserv building enable employees in the Omaha offices to meet with workers elsewhere in the Fiserv network. Interior walls have been replaced by glassy barriers that allow people to look in at meetings from the hallways.

First Data’s topsy-turvy history in Omaha has entered a new phase, and now the company is part of the Fiserv empire.

Fiserv this year acquired First Data, which got its start in Omaha, and retains about 4,000 employees in seven locations in the metro area.

George Wehbe, senior vice president of Fiserv, said there have been no layoffs in the Omaha area this year. First Data started the year with 4,000 employees in the metro area, and Fiserv still has that many here, said Wehbe, who was a First Data executive before the acquisition became final in late July.

Extensive renovation of some of its facilities in Omaha indicates that Fiserv has no plan to abandon Omaha.

“It’s very much a business as usual operation for us at this point in time,” Wehbe said recently.

Over the long haul, Wehbe said, Fiserv will take whatever action is in the best interests of its clients. Fiserv will adapt as clients and their needs change, he said. He didn’t predict what the future holds for the Omaha operations but said it would be a shame if that alarmed employees.

Fiserv officially took control of First Data at the end of July after placing a bid of $22 billion. Anthony Hendrickson, dean of the Creighton University College of Business, said: “One thing you can count on is things always change in business.”

He said the merger provides “an opportunity for consolidation of duplication of efforts,” which means there is potential for layoffs.

But Hendrickson said the fact that Fiserv hasn’t laid off people in Omaha yet indicates that the situation won’t be “catastrophic” for Omaha employees. A comparatively low cost of living, strong work ethic and flexibility in skills can insulate Omaha workers from harm, he said.

“I’m always bullish on what we can do in Omaha,” he said.

Fiserv is a global leader in financial services technology and performs numerous tasks for banks, credit unions, retailers and other organizations. Ann Cave, a Fiserv spokeswoman, said people “probably interact with us every day and don’t know it.”

Wehbe, who declined to say how much the Omaha renovations cost, said First Data had planned the remodeling projects before it was acquired by Fiserv. Nevertheless, Cave said, the upgrades bring the Omaha plants into the modern tech world.

Fiserv, like First Data, is in the “fintech” business, blending financial services with new technology.

UNO plans a master's degree in big data, a field where experts are in demand

On a recent tour of Fiserv’s building at 6855 Pacific St., Wehbe said the renovations are appropriate for a business in the hot fintech business.

The smell of remodeling and fresh carpeting pervaded the building. Workers will finish the renovations this fall.

They have remodeled the facility to let in considerable light. Cubicles have been lowered so people can more easily see one another. Many offices have been removed, and Wehbe himself now works out of a nondescript cubicle in the corner of one area on the first floor.

Solid, painted interior walls have been replaced by glassy barriers that allow people to look in at meetings from the hallways. There are fewer classroom-type meeting areas and additional less-formal spaces with a couch here, a couch there, chairs and tables.

“Love the new digs,” an employee said last month as he passed Wehbe in a hallway.

Video screens abound, replacing fliers and signs. Video technology enables employees in the Omaha facility to meet with employees elsewhere in the Fiserv network. Wisconsin-based Fiserv employs 44,000 people around the world. Wehbe said Fiserv has clients in more than 100 countries.

Open spaces for meeting, talking, socializing and relaxing are abundant. Wehbe said Fiserv wants employees to “collide” and collaborate with one another rather than hide away. Trash receptacles in cubicles have been replaced by centralized receptacles, simplifying cleaning and encouraging employees to get up and walk.

Many small meeting spaces have been created so that a boss can meet with a staffer in private, or a staffer can make a personal call.

As for questions about the Omaha facilities’ future, Morehead said in an email that employees haven’t expressed uneasiness. “They are confident that our Omaha operations will continue to exist,” she said.

On a recent tour of the Pacific Street building, a visitor saw 25 people in new-employee orientation. Fortune magazine this year recognized Fiserv as one of the World’s Most Admired Companies for the sixth straight year.

First Data started in Omaha in 1971 as First Data Resources. Through the years it experienced incredible growth as well as considerable shrinkage. At one time, The World-Herald reported, the company employed about 8,000 people in the Omaha area.

American Express owned First Data for about 10 years, until 1992.

Layoffs have taken place numerous times. Wehbe, who joined First Data in 2016, said he didn’t know how much of the decline in employee numbers could be attributable to layoffs or to companies spinning off from First Data over the years, as Western Union did in 2006.

Fiserv said at the time that it acquired First Data it would invest $500 million in innovation.

Cave said it’s too early to know how or where in the Fiserv kingdom that money will be spent.

As the demand for cybersecurity professionals increases, colleges are working to catch up

Cyber Seek, a project funded by the U.S. Department of Commerce, says Nebraska has more than 2,000 job openings in cybersecurity-related fields, Iowa more than 2,400 and the nation more than 310,000.