One air ambulance firm offers $10,000 in coverage for an unexpected flight for a $49 annual fee. 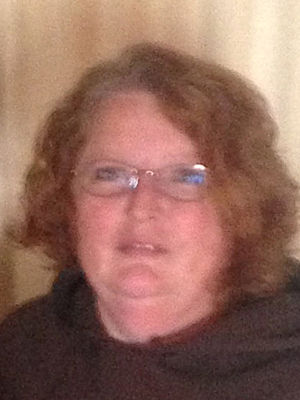 Because of huge costs involved even if health insurance covers some of them, the National Association of Insurance Commissioners has issued a consumer alert to warn about air ambulance costs. Here, an accident victim is loaded onto an air ambulance after a highway collision near Springfield last year.

With a skull fracture and neck injury from rolling her van on a gravel road, Linda Poessnecker rode a medical helicopter 167 miles from Atkinson, Nebraska, to a Lincoln hospital.

Rescue workers had cut open the van, immobilized her on a backboard and driven her to West Holt Memorial Hospital, where scans showed she needed specialized care at Bryan Medical Center’s west campus.

Worrying about money on that Monday evening, June 2, was not a priority.

“I don’t remember much of that night. I was pretty much drugged up with painkillers, and everything was going so fast.”

That’s not unusual, nor is getting a surprise bill that can run to tens of thousands of dollars. It happens often enough that insurance commissioners in Nebraska and nationally are warning people to be aware of what their policies cover — or don’t cover. And some air ambulance companies are selling cards that entitle families to emergency transportation.

Poessnecker and her husband, Alan, never thought to ask whether the helicopter that transported her, from Midwest Medical Transport, was “in-network” for their insurance company, CoOportunity Health.

Luckily for the 46-year-old waitress, the policy paid all but $980 of the air ambulance bill and all but about $4,000 of the $100,000 or so total cost of the accident and treatments, which brought her to nearly full recovery.

(She could have ended up owing much more. Another Nebraskan owes $32,000 even though his insurance covered part of the cost.)

Poessnecker is still paying down her share, but she said that along with the rescue team, helicopter crew, hospital staffs and follow-up medical professionals (“Without each and every one of these people, I wouldn’t be able to be where I am today”), she’s grateful her insurance covered as much as it did.

If it hadn’t, she said. “my grandchildren would be paying that bill. I would definitely tell people to ask their insurance agent about it.”

That’s exactly the advice from Bruce Ramge, Nebraska’s insurance director, and many of the other state agencies that belong to the National Association of Insurance Commissioners who issued a consumer alert to warn about air ambulance costs.

“States have been receiving complaints from individuals who have found that there’s a huge balance to pay even after their health insurance pays,” Ramge said. “These services are very expensive. They’re staggering in some cases. It’s not just an issue in Nebraska. It’s an issue all around.”

Air ambulances save lives, he said, but a simple check in advance can save a big surprise. Some auto insurance policies may offer some coverage for ambulance services at an accident scene.

Besides insurance companies, some services sell cards that entitle people to air ambulance rides, like towing services through an auto club. Some side insurance pays a flat sum if you use air ambulance for a medical necessity.

Another Nebraskan complained to the Better Business Bureau about a Denver-based air ambulance billing him for that $32,000.

The western Nebraska resident, whose name was redacted from the complaint posted by the bureau, said he was flown to Omaha with a possible heart attack but wasn’t concerned about the cost because he had met the annual deductible for his policy from Blue Cross Blue Shield of Nebraska.

The air ambulance from LifeNet, a division of Rocky Mountain Holdings of Englewood, Colorado, was outside Blue Cross’ health provider network. Blue Cross paid its standard fee, $18,000, but the helicopter company sent a bill for the rest and began trying to collect.

“I would have never used LifeNet had I known this,” the Nebraskan said in the complaint. “I don’t feel that I should have to pay this outrageous bill just because (Blue Cross and) Rocky Mountain Holdings can’t agree on a contract to be in-network. ... The patient is the innocent party that is getting penalized.”

In a response to the complaint, an attorney for Rocky Mountain said that because Blue Cross wouldn’t pay the full cost, “the remaining responsibility was that of the patient.”

The response said the company “takes very seriously its commitment to helping those patients with financial hardship” and has tried to resolve the issue with the person’s attorney by proposing payment options, including a “special consideration application.”

The company wants financial statements and tax returns to prove the patient can’t pay the bill.

“We have not received a response from Patient’s legal counsel to date and thus are unable to obtain any information to validate the Patient’s financial hardship if any,” the response said. The matter is not settled.

Christina Brodsly, a spokeswoman for Rocky Mountain’s Air Methods division, said the company “will make every effort to maximize the amount the patient’s insurance pays to minimize the patient’s out-of-pocket.”

If the patient still owes money, she said, options include the company’s “charity care program” to reduce the amount.

David Creamer, manager of provider contracts for Blue Cross, said in an interview that coverage for air ambulance services is “pretty standard” but some air ambulances are out of network.

Midwest Medical and LifeTeam are in the Blue Cross network and accept Blue Cross’ payment of $13,780 plus $89.72 per mile and write off any additional cost.

LifeNet and MedTran are out of network, which means they receive the same Blue Cross payment but may “balance bill” patients for the rest of the cost, Creamer said.

He said air ambulances sometimes accept Medicare’s payments, even though the amount is smaller than insurance companies may cover. Blue Cross’ payments are “more than fair,” Creamer said, about four times Medicare’s rate.

Other insurers have their own agreements with air ambulance companies. Flights in fixed-wing aircraft are covered in a similar manner as helicopter flights.

International flights such as the ones that brought Ebola patients to Omaha, can cost hundreds of thousands of dollars. Phoenix Air, which has the State Department contract for Ebola transports, charges $200,000 for each patient. Few insurance policies cover international service.

Creamer said it’s up to hospitals or emergency responders to call air ambulances, but the company is reminding health care providers it prefers using the in-network services because of the difference in out-of-pockets costs to policyholders.

“We need to make them more aware,” Creamer said.

When there’s an emergency outside the hospital, such as an auto accident, it’s the paramedics who usually decide to call for air transport, and the patient’s insurance coverage isn’t a factor, said Tom Wheeler, chief deputy Douglas County sheriff.

“We don’t even think about it,” Wheeler said. “A lot of times the person is unconscious or there’s trauma or shock. We’re not asking them what to do. We’re providing the best response we can, and you’ve got to make decisions right now.”

Some transportation firms, for an advance fee, will help families avoid getting hit with a big bill after an emergency or illness.

LifeNet offers a plan with a $49 annual fee that pays $10,000 if a family member is transported by any medical aircraft for a medical necessity. It’s backed by the Chubb Group.

Then there’s Air Ambulance Card of Birmingham, Alabama, which sells cards for $250 a year, $350 for a family, that cover medically necessary air transport between hospitals.

For nonemergency transport, there’s usually time to find out exactly what insurance will cover, said Missi Knott, chief operating officer for LifeTeam, based in Newton, Kansas, which operates in the Midwest.

In emergencies, “we never even ask,” she said. “We just respond. Insurance never comes to our thoughts at that time. Hopefully they have insurance, and if they don’t, we work with them on a case-by-case basis.”

LifeTeam sells membership cards for $50 a year, $60 for a family, which would provide emergency transportation within the company’s service area.

“You don’t want to have these surprises after the fact,” Knott said.

Correction: Linda Poessnecker's name was misspelled in previous versions of this story.

>> Air ambulances serve more than 550,000 patients a year. And even if your health insurance or Medicare pays part of the cost, you still may owe thousands of dollars.

>> Check your policies in advance so you know your coverage, and check your auto insurance for its coverage of ambulance services. Some air ambulances are “out-of-network” on some insurance policies, which means you will have to pay more.

>> If you or a family member can, ask medical personnel to call an “in-network” air ambulance.

>> Companies say the cost is high because aircraft with medical capabilities are expensive and specially qualified medical personnel and pilots must be ready at a moment’s notice.

The company's 120,000 customers, mostly in Nebraska but also in Iowa, are still covered on their existing policies and should continue making premium payments to CoOportunity but should also start looking for other coverage.