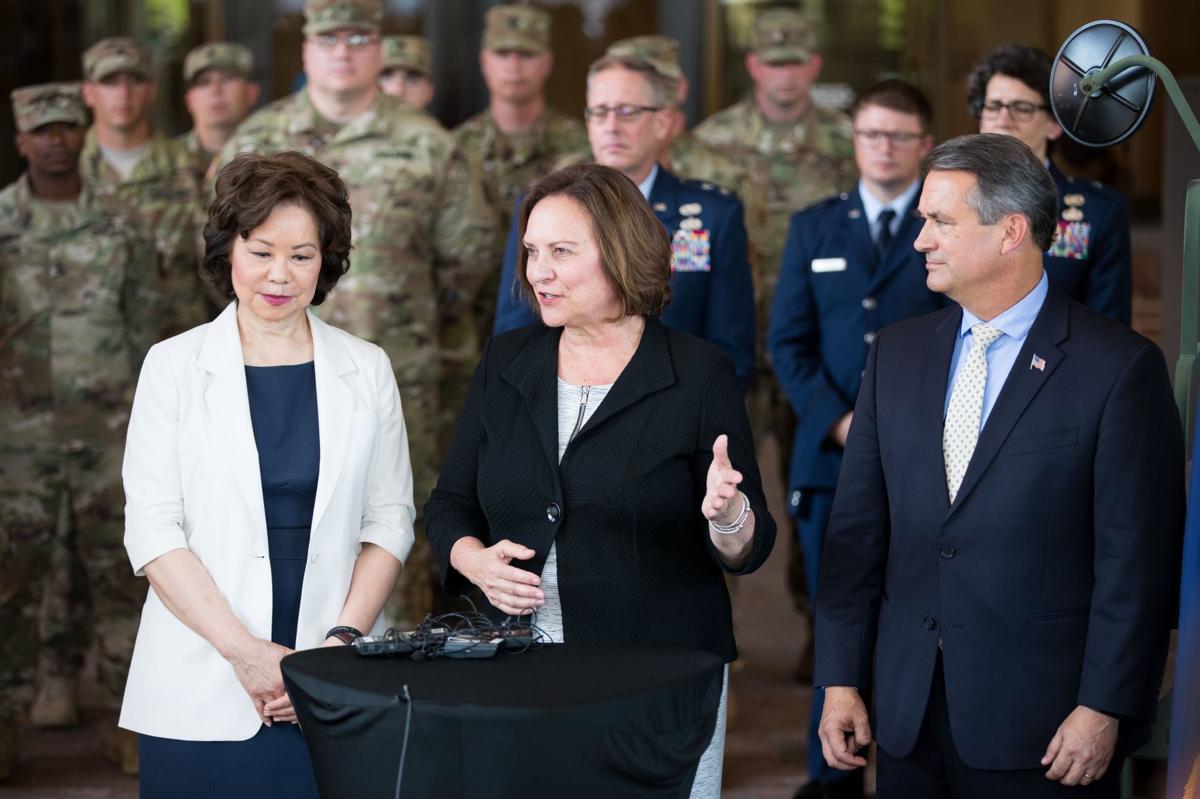 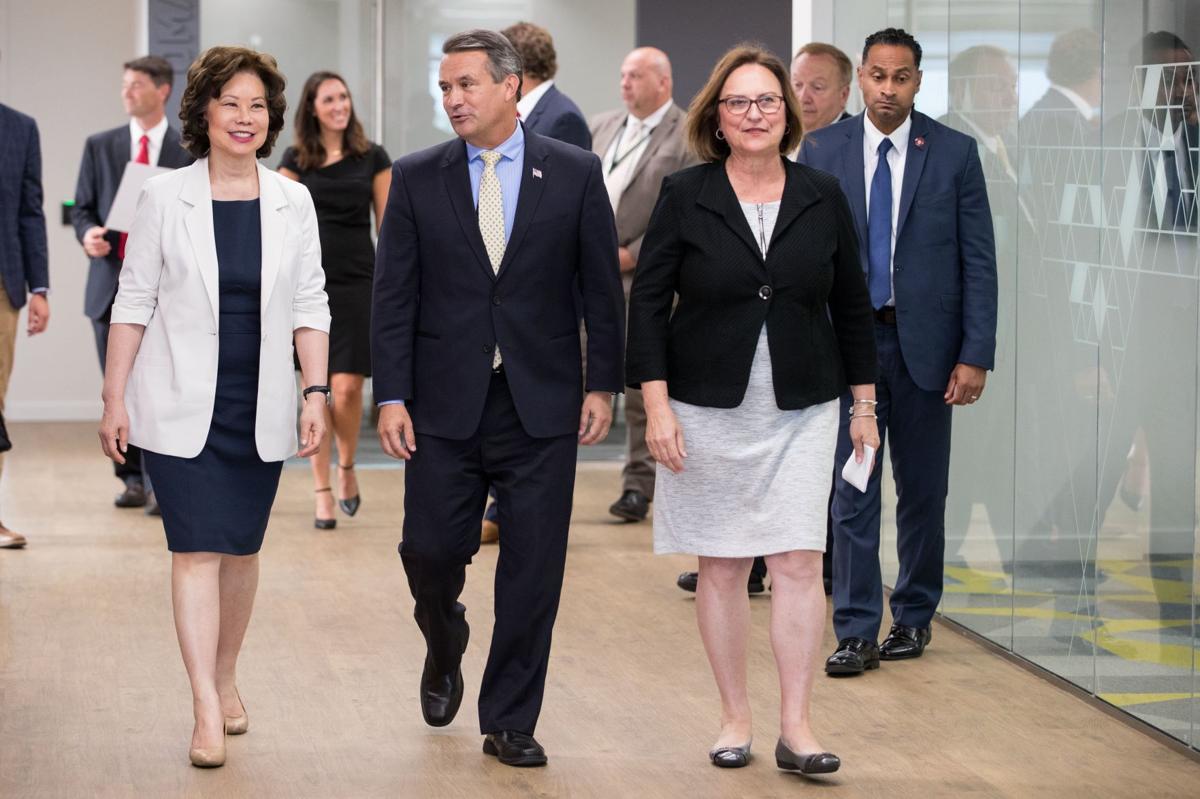 The new federal pilot jobs program would allow 18- to 20-year-old veterans and reservists with the military equivalent of a commercial driver's license to drive large trucks across state lines, a job typically limited to those age 21 and older. 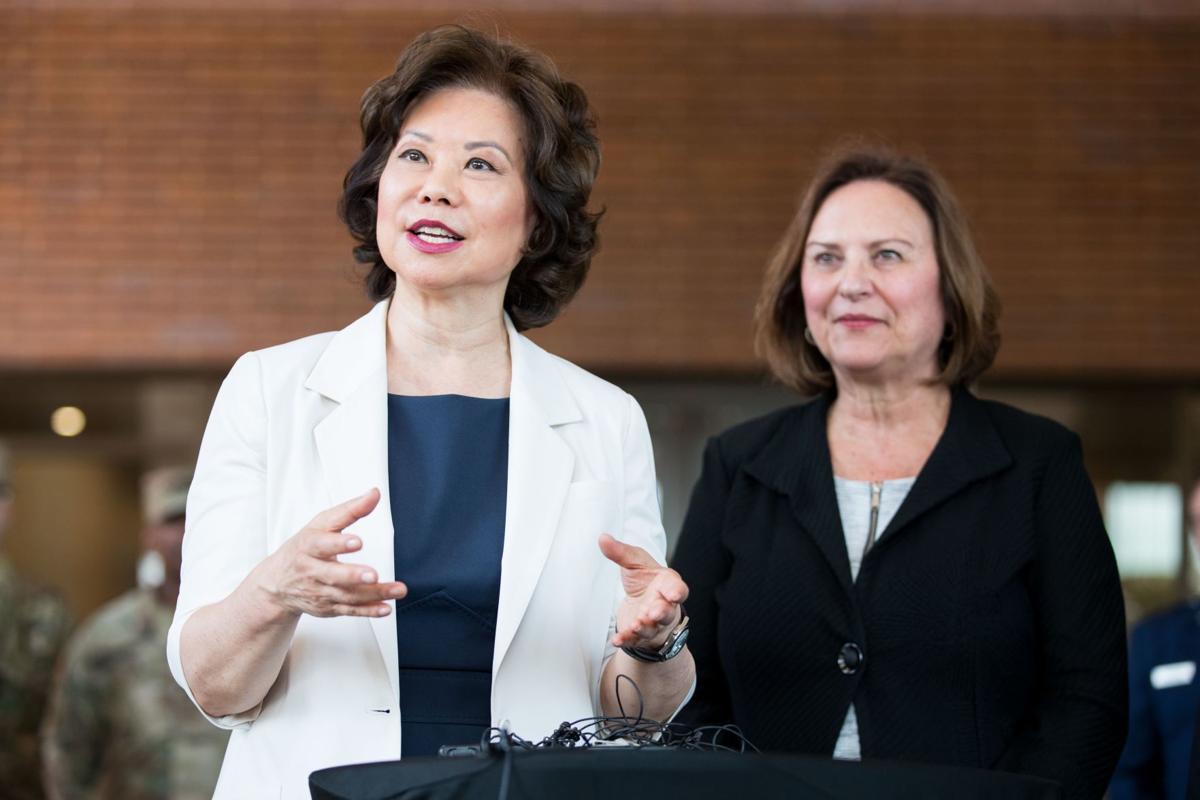 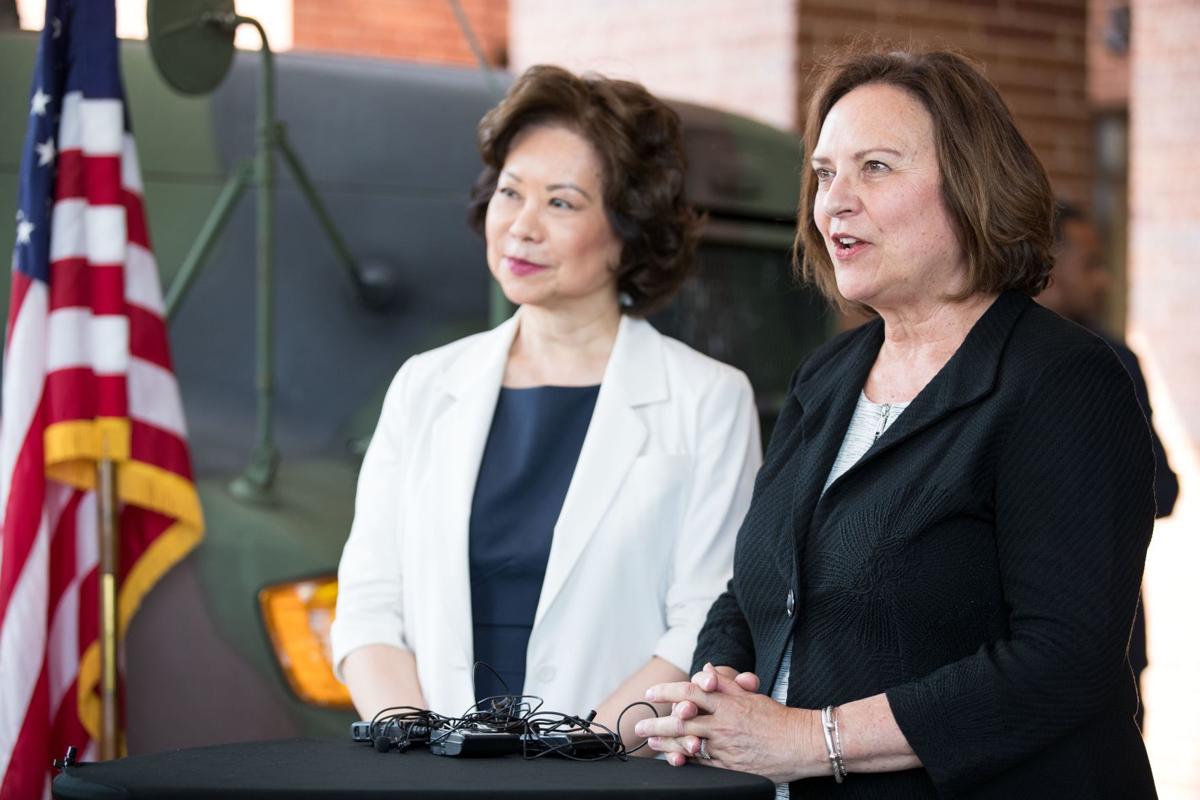 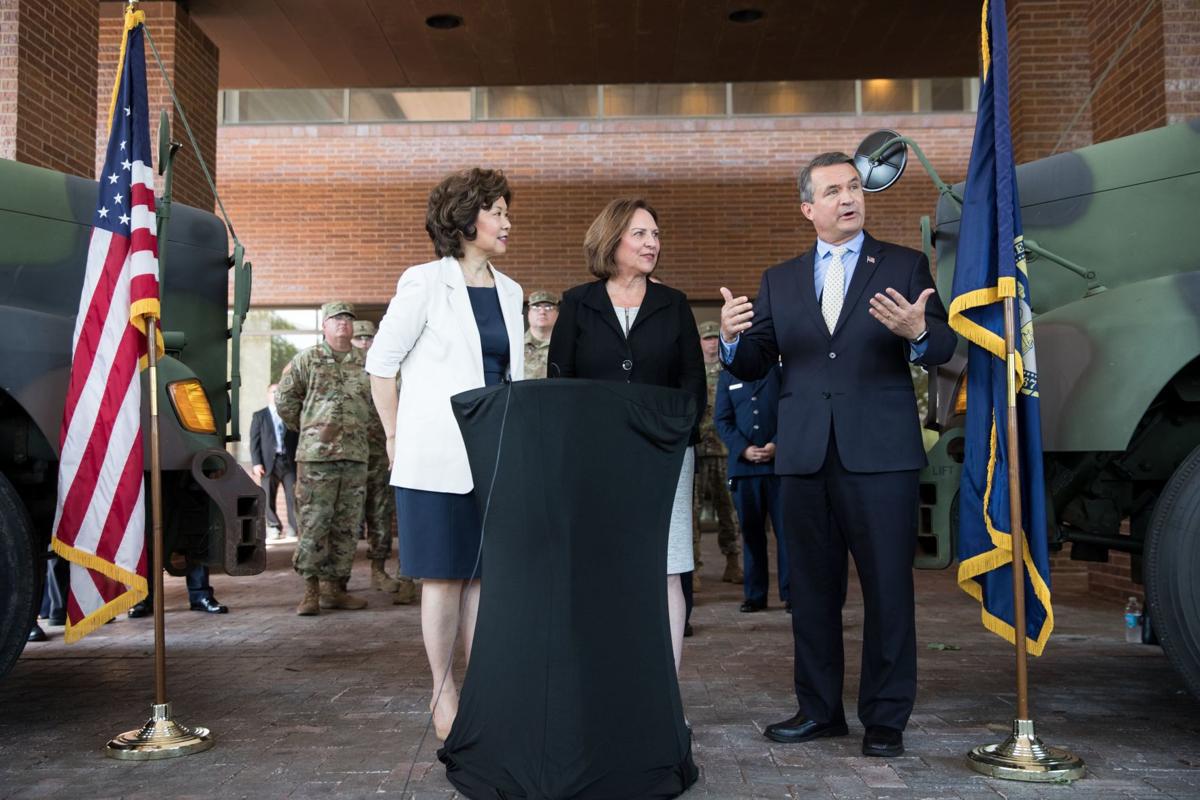 The new federal pilot jobs program would allow 18- to 20-year-old veterans and reservists with the military equivalent of a commercial driver's license to drive large trucks across state lines, a job typically limited to those age 21 and older.

State transportation officials also gave Chao and her hosts, U.S. Sen. Deb Fischer and Rep. Don Bacon, both Nebraska Republicans, an update on construction of the Lincoln South Beltway, a project to help some truck traffic avoid driving through Lincoln.

The federal pilot jobs program would allow 18- to 20-year-old veterans and reservists with the military equivalent of a commercial driver’s license to drive large trucks across state lines, a job typically limited to those age 21 and older.

Maj. Gen. Daryl Bohac, adjutant general of the Nebraska National Guard, said nearly 600 members of the Nebraska Guard hold the military training that is the rough equivalent of a commercial driver’s license.

He said the Guard, private trucking companies and Guard members would benefit from hiring younger members who would build stronger ties to their communities and be more likely to stay.

Chao said the key would be showing that these younger truck drivers with military training are as reliable and safe as their older civilian counterparts.

Fischer, who fought to include such a pilot program in a 2015 transportation bill, said she was pleased to see it get going, particularly as the nation faces a shortage of truckers and a new generation comes home from serving.

The hope, Fischer said, is that the program will prove successful enough in closing the 50,000-person gap in truck drivers needed that a broader federal exemption for younger drivers might be pursued.

Bacon, who retired from the Air Force as a brigadier general, said, “This innovative program offers a way for our younger veterans and reservists to transition to the civilian workforce.”

More details on the program will be published in the July 5 issue of the Federal Register. Chao said the program could start as early as the beginning of next year.

The secretary was asked about the wisdom of pulling so many people into the trucking industry when the possibility of driverless trucks is on the not-too-distant horizon. She said truckers would still be needed, citing public expectations of safety and oversight.

During the South Beltway briefing, Chao, Fischer and Bacon heard more about a new four-lane highway that will help large truck traffic avoid Nebraska Highway 2 in the City of Lincoln and get to and from U.S. 77.

The project benefited from a competitive $25 million federal grant in May. Construction is set to begin in 2020.

Vandals in Lincoln shattered one front window panel of the statewide headquarters of the Nebraska Republican Party overnight and damaged a second, doing at least $1,200 in damage.