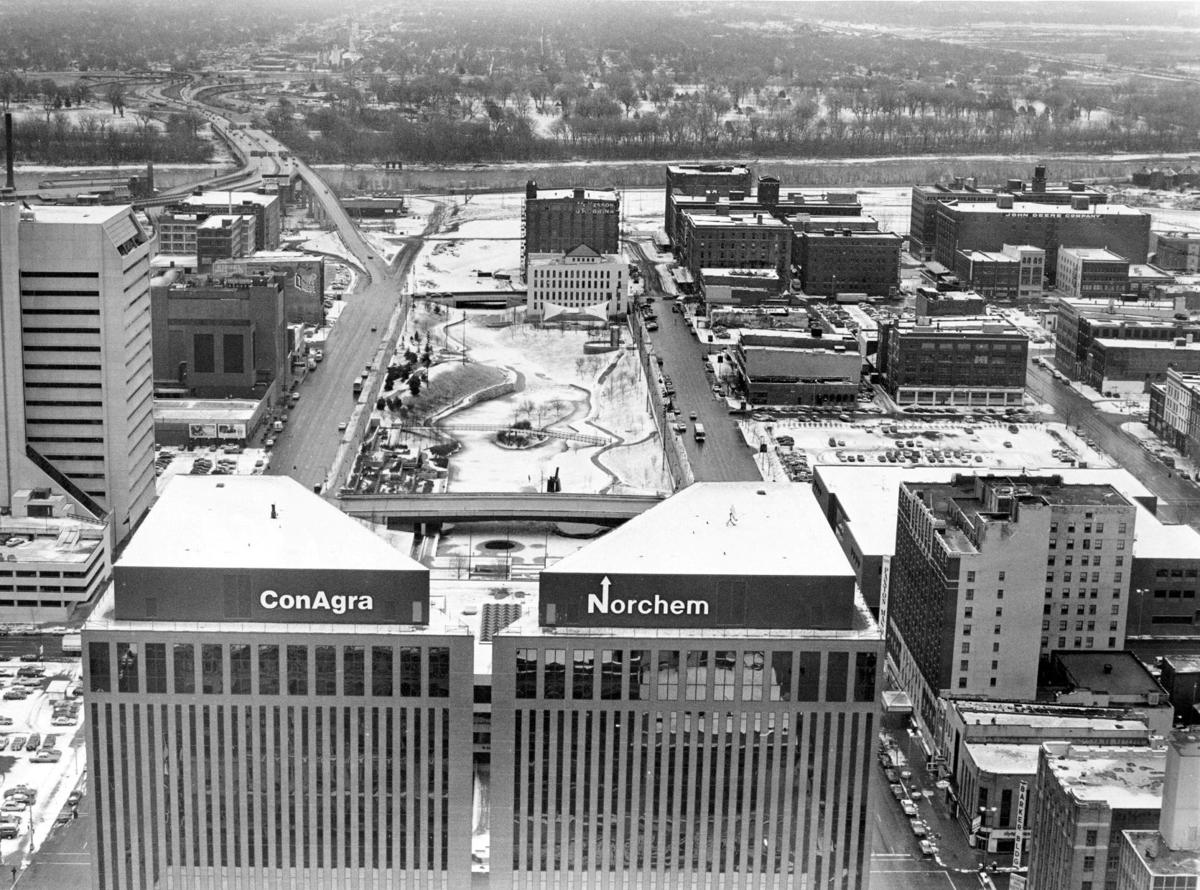 ConAgra’s offices were a prominent part of downtown Omaha before the company started making its move to its riverfront campus in 1989. 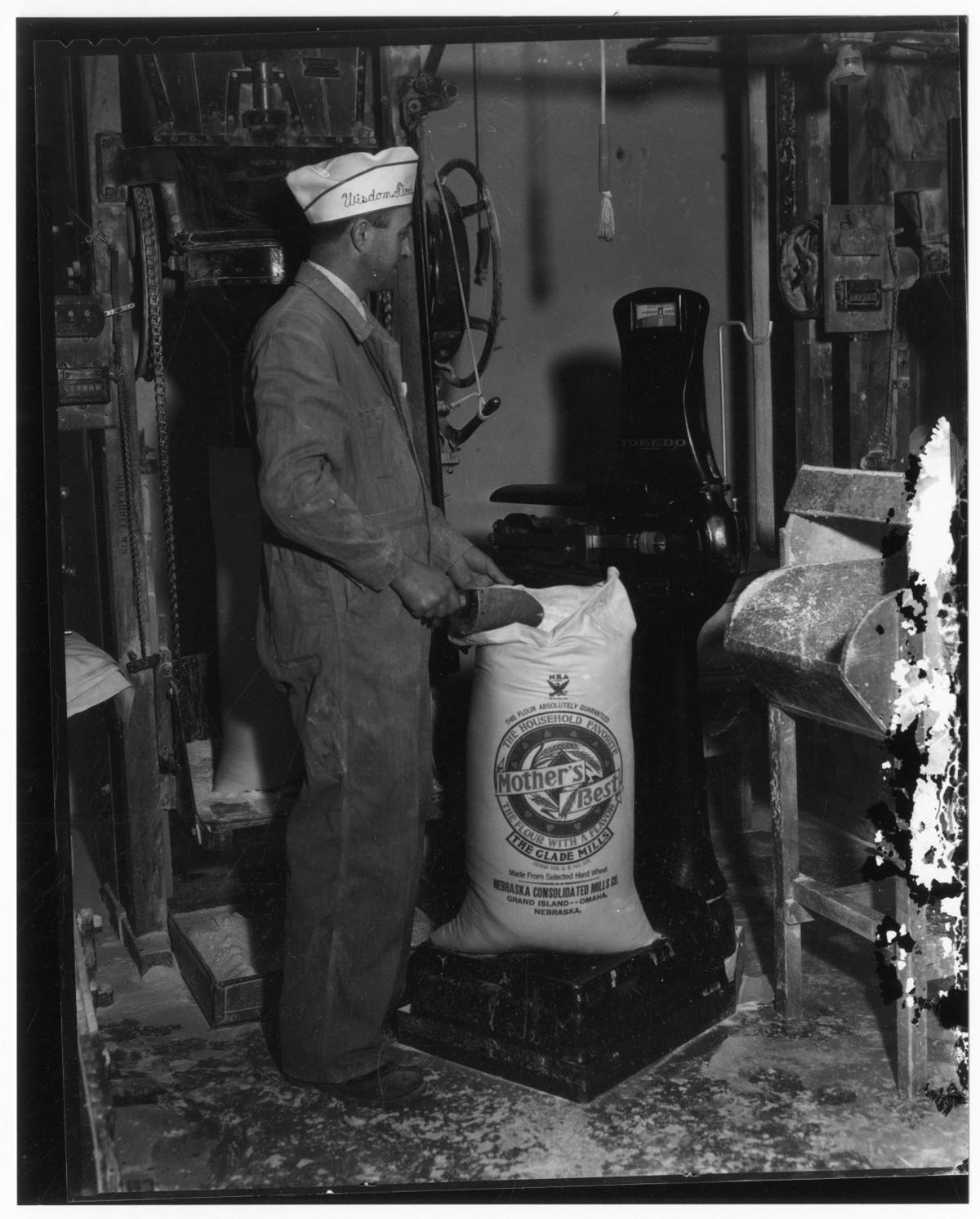 ConAgra employees from Omaha should be in place in their new offices in Chicago’s Merchandise Mart building, shown here, by the Fourth of July.

ConAgra’s offices were a prominent part of downtown Omaha before the company started making its move to its riverfront campus in 1989.

ConAgra Foods will be moved in to its new Chicago headquarters before the July 4 fireworks blast off from that city’s Navy Pier.

Employees from Omaha’s homegrown food manufacturer will make the move starting June 23 and should be in place in their new offices in Chicago’s Merchandise Mart building by Independence Day, a company spokesman told The World-Herald.

The move, announced in October, will cap 94 years of ConAgra making its corporate home in Omaha, where it grew from a regional grain milling business to a Fortune 500 packaged foods giant.

ConAgra has said moving its headquarters to Chicago, as several dozen other companies have done in recent years, is necessary to help it attract top talent. ConAgra is exchanging its suburban-style office park on the banks of the Missouri River in downtown Omaha for a neighborhood along the Chicago River dense with art galleries, restaurants, nightlife and tech startups.

Along with layoffs and other cost-cutting measures, the coming move is part of a larger shake-up meant to streamline the company and keep it competitive in the rapidly changing business of selling food to U.S. consumers. (Companywide, 1,500 positions got the ax, including 1,000 in Omaha; 300 more Omaha jobs are moving to the new headquarters.)

About 700 people — including top-level executives and people who support the company’s dozens of consumer food brands — will work in the new Chicago headquarters. Those jobs include the 300 positions relocated from Omaha; the company declined to say whether 300 actual Omahans are making the move or whether some positions will be filled by others.

When everyone is in place, about 1,200 people in finance, accounting, supply chain management and research and development roles will remain at the company’s downtown Omaha campus, about a third fewer than before the cuts.

The company told The World-Herald that it will consolidate its footprint on the downtown Omaha campus, leaving behind a large swath that could be redeveloped.

The company reaffirmed what it has said is the importance of the Omaha operation to the larger business.

“In the coming weeks, we expect to have a number of announcements that will reflect our ongoing commitment to Omaha and our 2,100 employees who will be remaining in the area,” spokesman Chris Kircher told The World-Herald. That figure includes about 800 people who work in a Council Bluffs frozen foods plant and about 100 who make snack foods in Lincoln.

In the meantime, builders are putting the finishing touches on the Chicago space, the company’s new neighbor said. Howard Tullman is chief executive of 1871, a startup incubator that began in 2012 and is home to nearly 500 startups.

Tullman said ConAgra executives already have made use of 1871’s conference rooms while the ConAgra space is still under construction, and that the two companies have a good working relationship.

“Being this close to them, we’re really looking forward to building some things together,” Tullman said. That could include, he said, talking with the University of Illinois and ConAgra about how they can work together on projects in food and agriculture technology.

“We have yet to announce an incubator around ag tech, but (the field) is expanding, and it would be fabulous to do it with them as our next-door neighbor,” he said. He envisions that ConAgra might sponsor such an incubator, although no plans are in place.

Big companies today all are thinking about how they can be more innovative, Tullman said, and being neighbors with 1871 will put ConAgra in a “very fast-paced, hard-charging atmosphere,” said Jim Slama, founder of the Good Food Business Accelerator, a member of 1871.

ConAgra’s competitors, noting how time-consuming it can be to develop new brands in-house and how expensive it can be to acquire established food companies, are looking to the startup scene to drive new brand development, Slama noted.

Could ConAgra be looking at the same? If it is, it will be in the right place, Slama said. The blocks surrounding the Merchandise Mart are home to ad agencies, software developers and investors that specialize in the food business. They eat — and do deals — at The Kitchen, the community bistro founded in part by Kimbal Musk, a chef better known as Tesla Motors founder Elon Musk’s brother.

Slama is ready to welcome ConAgra as his new neighbor. “Once they move here, we’ll hang out and go visit and see if there are any opportunities for collaboration.”