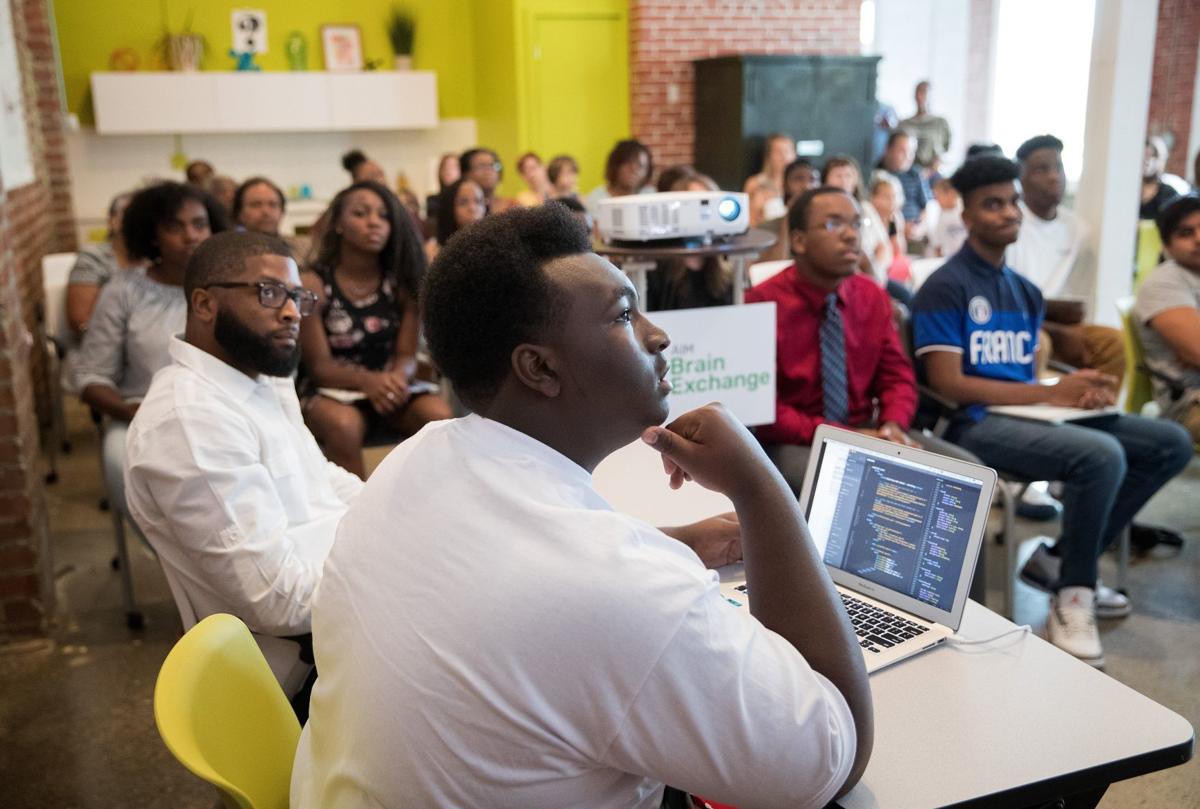 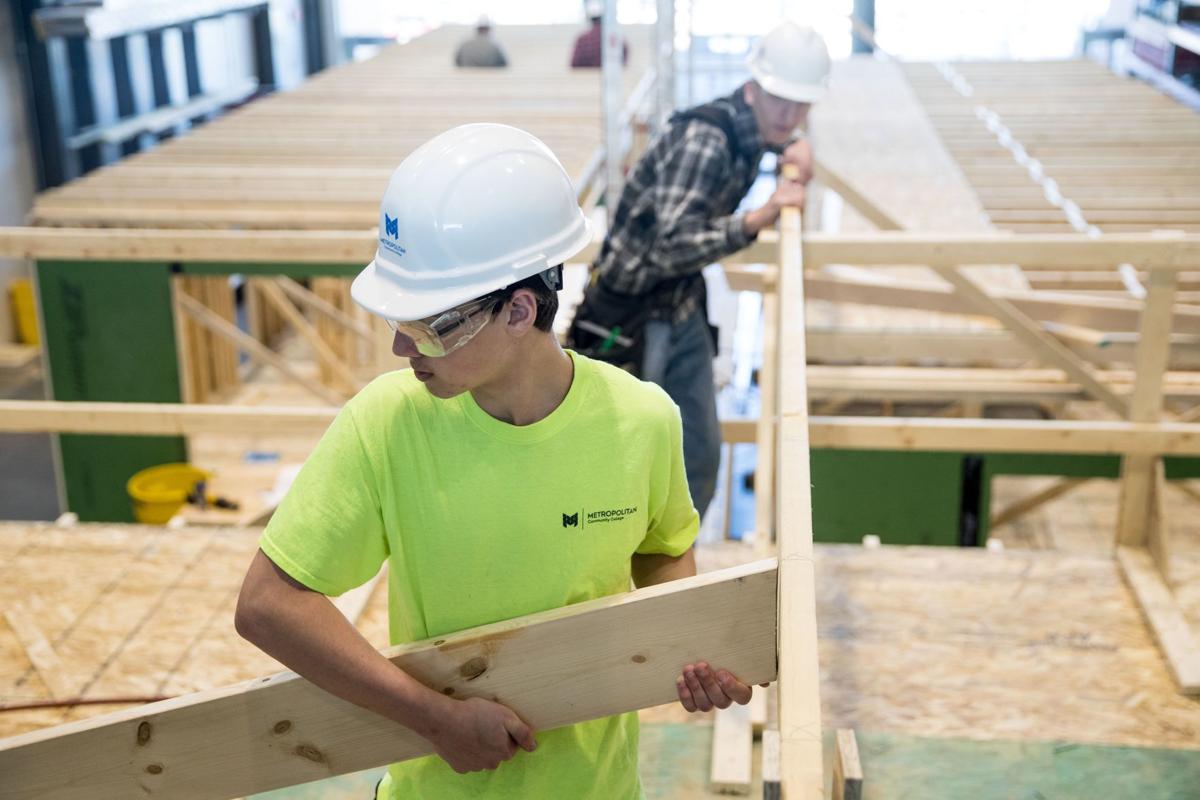 Homeschooled seniors Joshua Post, left, and Bret Gleason work on a home at the Construction Education Center at Metro Community College in Omaha. 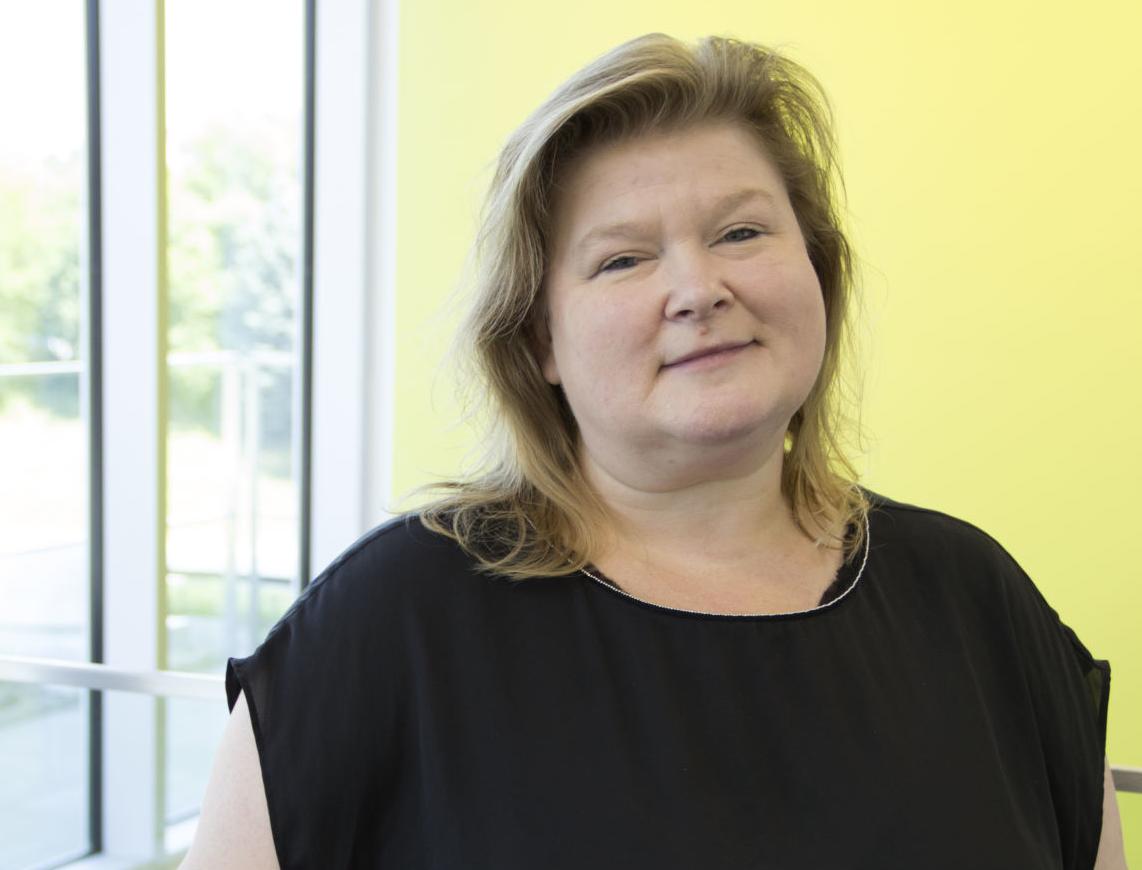 “We have turned the traditional education and employment model on its head," says Tammy Green of MCC. 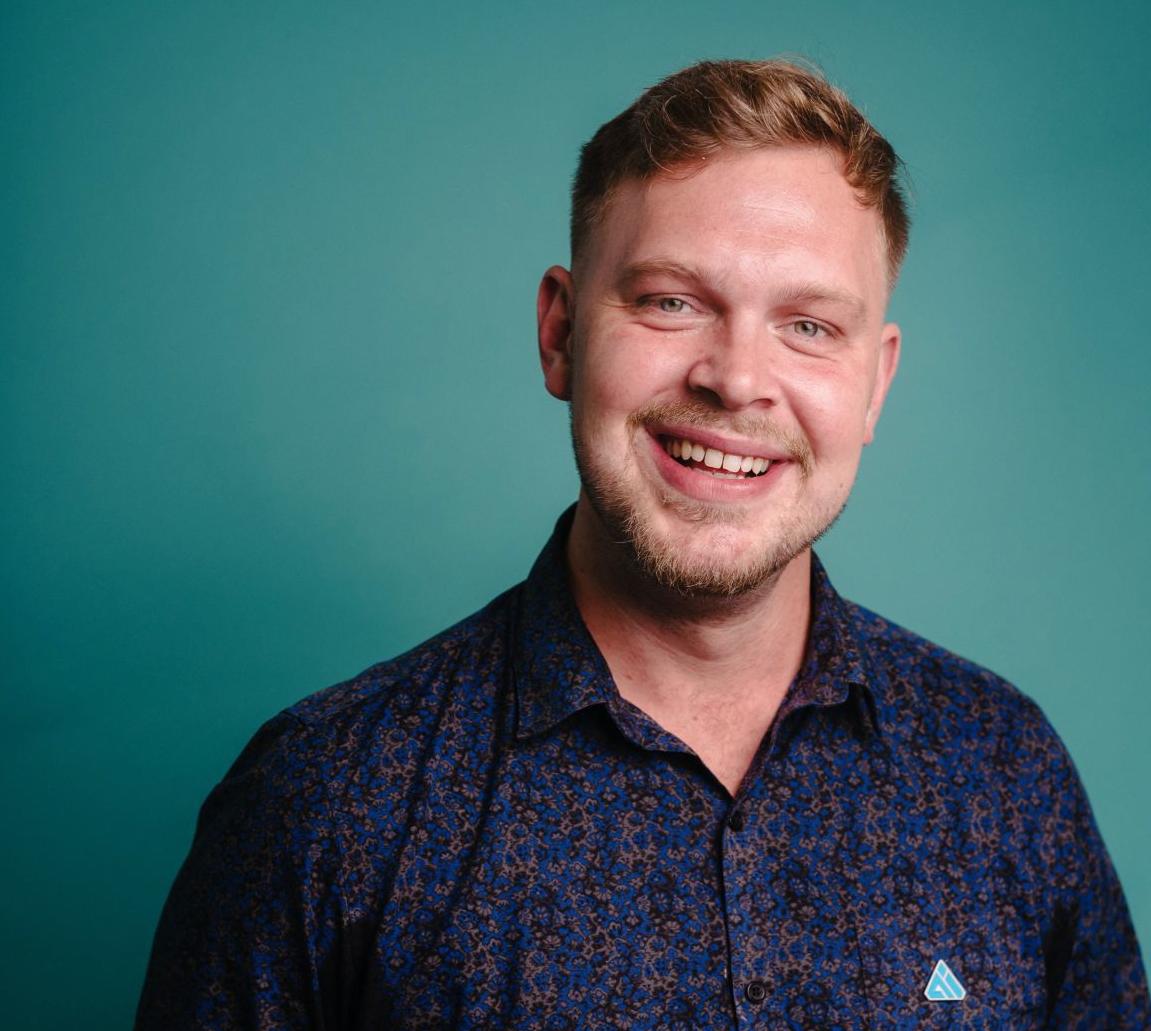 Nate Decker says two-thirds of the people The AIM Institute works with come from low-income backgrounds.

“We have turned the traditional education and employment model on its head," says Tammy Green of MCC.

Nate Decker says two-thirds of the people The AIM Institute works with come from low-income backgrounds.

“The workforce shortage is dramatic, and it’s only going to get worse without action,” says Mike Cassling, head of the Aksarben Foundation’s Nebraska Tech Collaborative.

His committee is looking at several avenues to stem the tide, including greater awareness of jobs and opportunities for women, minorities and veterans; internships; and college programs to educate a huge workforce.

“We need hundreds of thousands of people,” he told The World-Herald last October. “If you look at the numbers, it’s staggering.”

All of this takes time. What’s being done right now? Here’s a look at three programs focusing on training/teaching for tech and trade jobs.

Growing, connecting the tech talent base

The AIM Institute, Nate Decker says, is the best-kept secret in Omaha.

The nonprofit at 19th and Harney Streets grows and connects the tech talent community through career development and educational programs that involve people of all ages.

They might be helping companies such as Physicians Mutual with classes for call center representatives or providing digital education for youngsters who don’t have tablets and computers at home.

“It creates a larger tech talent base for companies that are starving for workers,” said Decker, student and employer engagement coordinator for AIM. “The average company has a lot of openings for tech positions. Omaha has a very small talent base. It’s bad for the city and hard to recruit companies to replace the Fortune 500 companies that are leaving us.”

AIM’s Code School student body is diverse: 48% are students of color, 50% are female, and 49% begin studies with no coding experience.

What makes AIM unique, Decker said, is that the organization is helping an underserved population. Two-thirds of the people the nonprofit works with come from low-income backgrounds.

Children as young as 7 participate in classes at the tech-forward Brain Exchange building, where they learn leadership, collaboration, problem-solving, creativity, technology and teamwork. Those skills lead to a higher likelihood of going to college.

During 2019, 4,000 youths participated in free technology education and exploration activities through AIM’s Youth in Tech programs in local school settings and at the Brain Exchange.

Since inception, 75% of AIM Code School’s 300-plus graduates have landed tech positions with an average median salary of $51,000.

In 2019, AIM’s IT Leadership Academy and IT Emerging Leaders programs graduated 63 participants from companies such as TD Ameritrade and Blue Cross and Blue Shield of Nebraska.

Through such programs, a recently promoted technical manager can learn how to handle thorny human resource issues and performance management, Decker said.

“We like championing the cause of people trying to create an environment in Omaha where technology is not such a challenge,” Decker said.

Metropolitan Community College is at the forefront of seeking solutions to shore up the worker shortage.

One of its most successful programs is the Heartland Work-Ready Community Initiative, which has helped close the skills gap in Douglas County.

As a result, Douglas is the first Nebraska county to earn a national designation as a work-ready community. Dodge County is on its way.

More than 280 employers are involved as the initiative starts year three. So far, the program has a 90% retention rate six months past employment.

“We have turned the traditional education and employment model on its head. What we do is understand a person’s skill sets, provide training and education, and connect career seekers with jobs,” said Tammy Green, director of workforce and IT innovation at Metro.

The first step is job profiling, where companies with open positions or high turnover are studied and skill needs are determined.

Then, using a data base of Metro students, the Department of Labor, Heartland Workforce Solutions and other nonprofits, businesses are matched with prospective employees who have the skills, aptitude and potential to fill a post.

In a weeklong process, employers then meet with candidates to discuss their business and conduct interviews.

Earn and Learn is another program that Metro started in collaboration with Mutual of Omaha. IT employees begin taking specific classes in that field and then have the opportunity to work for Mutual on a part-time or temporary basis.

“Traditional programs provide education and then employment,” Green said. “We seek opportunities to immediately employ an individual at the level that they are capable of and then progressing them through stackable credentials into increased employment opportunities.”

Silicon Prairie Collective: Getting the word out

Business news in Omaha can sometimes be dominated by negative reports, such as the departure of Conagra’s headquarters to Chicago or the selling of TD Ameritrade and the job losses those moves can create.

“We want to get the message out that there are numerous companies that can’t hire fast enough,” said Jeff Slobotski, who works with Millwork Commons, a neighborhood focused on technology, design, arts, culture and community-focused initiatives in northeast Omaha.

Startup companies Sojern, Flywheel, Verizon Media, LinkedIn, Hudl and Buildertrend, among others, have formed the Silicon Prairie Collective in an effort to let people know of the many opportunities in the metro area.

The group’s first step was buying ad space at Eppley Airfield. Then a landing page was created at WeAreTheSiliconPrairie.com to highlight available jobs.

They also want to educate Omahans that coding isn’t the only technical job available. Numerous other opportunities exist such as customer support, product design and inside sales.

Another priority is to identify and support entrepreneurs who are interested in creating businesses within the student population at Creighton University, the University of Nebraska at Omaha and Metro Community College, or wherever they exist in the community.

But it’s not just educating the public about their companies.

“It’s about telling the story of creative things happening in the city — within tech, arts, music, food, etc. — and working to band together as a community to influence the narrative,” Slobotski said. “It’s not something that happens overnight. It takes years of effort by a group of people working together.”

Projects altering the landscape, top jobs for top pay, and technology for maintaining the '20-minute city'

Zach Atchley and Corey Spader hope the $3.5 million project, dubbed Foundry Lofts, will spark its own mini revival around the neighborhood not far from Columbus Park.

So while some businesses say there aren't enough workers to fill demand for available openings, other business leaders say they need taxpayer assistance to create new jobs. This seems like a large disconnect to me. And makes me wonder exactly what kind of jobs those asking us to subsidize them plan to create. Maybe the OWH can look int this.