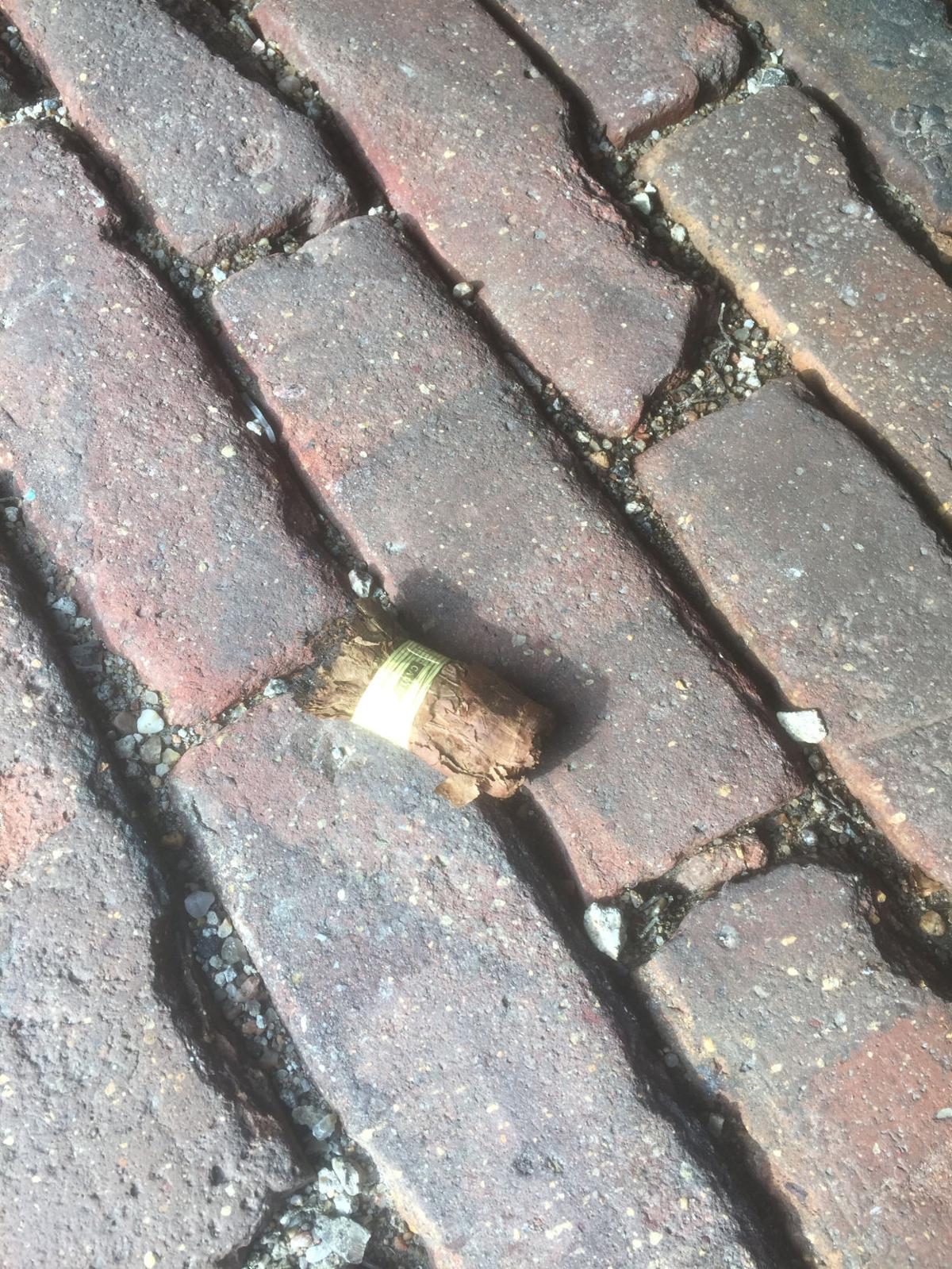 The type of company that Warren Buffett once pursued, in cigar terms: a mostly used butt with a few risk-free puffs left. 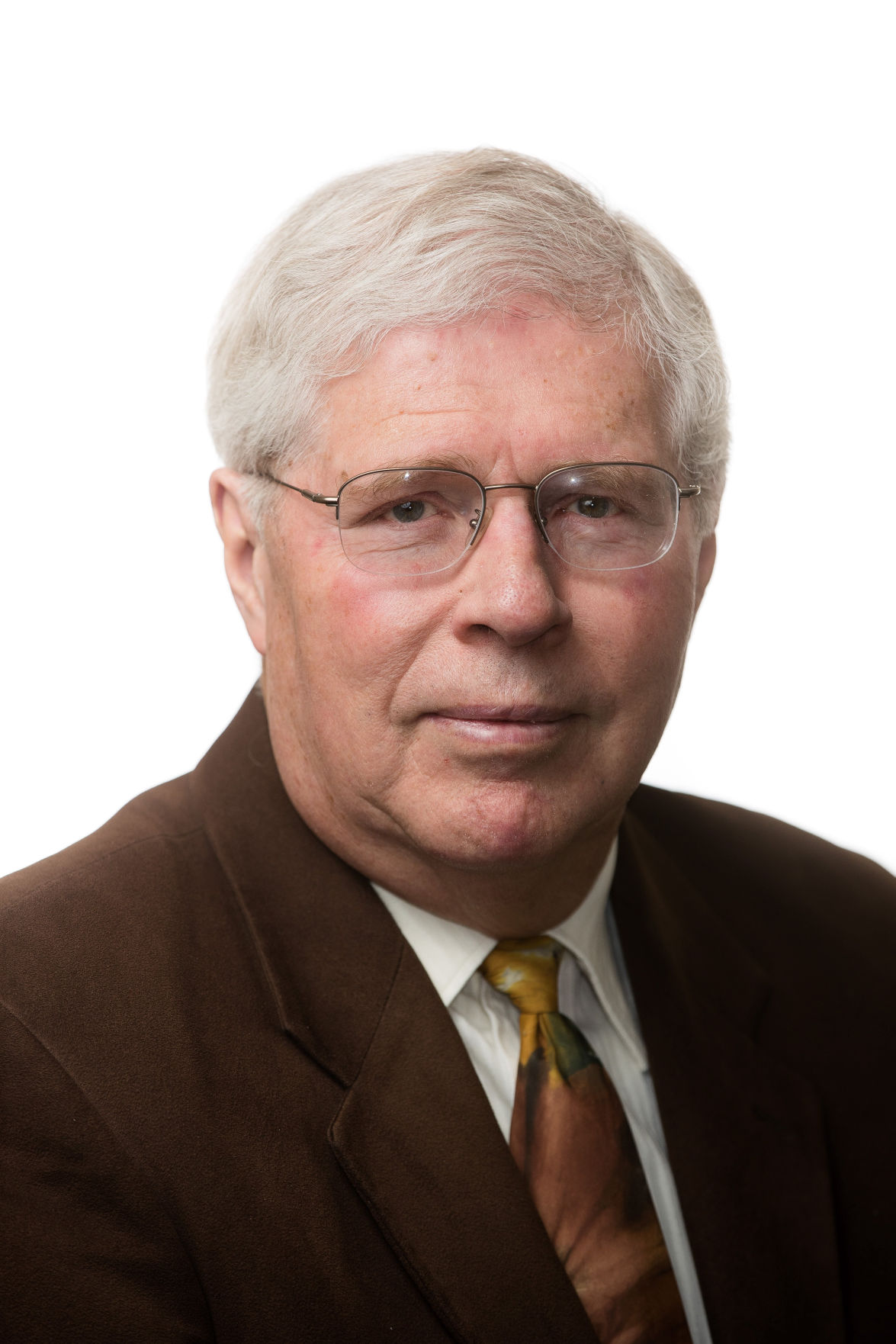 There it is, staring you in the face, as obvious to you as an undervalued stock was to young Warren Buffett.

You don’t see cigar butts much anymore, nor does Buffett invest in them. But this butt showed up outside the downtown Omaha YMCA one recent morning.

Maybe it was a reminder that metaphorical cigar butts had a role in the Omaha investor’s journey to becoming chairman and CEO of the multihundred-billion-dollar Berkshire Hathaway Inc. It’s an image-footnote in financial history that bears revisiting occasionally.

While working in New York City, 20-something-year-old Buffett adopted Benjamin Graham’s practice of spotting companies that were slightly undervalued, such as having more in the bank account than they were worth on the stock market.

Anything with a bit of value that a smart investor could grab. In cigar terms, a mostly used butt ignored by others but with a few risk-free puffs left.

Looking beyond the unsavory image of smoking a used stogie (“The stub might be ugly and soggy,” Buffett once wrote), investors can embrace the idea of cigar butts as a lesson in recognizing value that others miss. Buffett used that ability to build up his personal investments in the 1950s before returning to Omaha and forming the partnerships that led to Berkshire.

Western’s stock was selling for $3 a share, but the company was earning a profit of about $29 a share every year. Buffett bought as much Western Insurance stock as he could, realizing that making a substantial profit was a sure thing.

As time went on, Buffett left the cigar butt business, mostly because he needed to make bigger profits than the occasional free puff. But he used the cigar butt concept as a lesson, including mention in 2014 in an essay about Berkshire’s past and future.

Turns out, Berkshire was itself a cigar butt in 1964, one that Buffett spotted and bought for $7.50 a share and planned to cash in by selling the shares at $11.50 each, under an agreement with then-CEO Seabury Stanton.

But when Stanton made the official offer, it was $11.375, a smaller “puff” than Buffett expected. In an investment pique, Buffett rejected the 12.5-cent lower offer, bought up control of Berkshire and squeezed Stanton out.

Buffett later called that a “monumentally stupid decision” because Berkshire, then a New England textile company, was doomed by lower production costs elsewhere, eventually collapsing in 1985.

By then, Buffett had moved into paying fair prices for superior companies. Today you’ll find no cigar butts in Berkshire’s portfolio, and hardly any on the streets of Omaha.

Annual auction, and a twist

For once, you don’t have to be a billionaire or even a mere millionaire to win something in the annual charity auction for lunch with Buffett.

This year’s auction, which starts at 9:30 Central time tonight, typically brings a seven-figure winning bid, which goes to the Glide Foundation’s anti-poverty programs in San Francisco. Even the opening bid, $20,000, is steep for nearly everyone, even though the high bidder gets a luncheon for eight with Buffett.

But this year for the first time, anyone shopping on eBay can make a donation directly to Glide and be entered in a drawing to win a trip to Glide’s “Sunday celebration,” as its worship services are called.

Will Buffett be there? Who knows?

The winning bidder will be announced Friday as the auction concludes at 9:30 p.m. Central time. Winning bids over the past 17 years have totaled $23 million, including last year’s $3,456,789.

Glide’s programs caught the attention of Buffett’s first wife, the late Susan Thompson Buffett, who conceived of the auction in 2000.

To donate, to get pre-approved for bidding or to watch the auction progress, go to eBay.com/glide.

Fourteen more billionaires have signed the Giving Pledge originated in 2010 by Buffett and Bill and Melinda Gates — seven from the United States, two from China and one each from Australia, Tanzania, Norway, Cyprus and Slovenia.

The nonbinding pledge calls on wealthy people to donate at least half their money to charities of their choice. So far 168 individuals or couples from 21 countries have signed, most of them posting explanatory letters on the pledge’s website at givingpledge.org.

The new signers, according to last week’s announcement:

In a filing last week with the Securities & Exchange Commission, Berkshire said it couldn’t pin down exactly where its manufacturing divisions got all of their parts or components containing gold, tin, tungsten and tantalum last year.

Congress passed an origin-tracing law covering manufacturers in 2010, and other countries also have intervened, because illegal mining in Congo has been used to finance local wars that have killed and displaced millions of people.

The law also has been criticized for putting miners out of work in Congo.

The Berkshire filing, by Daniel Jaksich, vice president and controller, is intended to meet the law’s SEC filing requirement.

About 88 percent of Berkshire’s revenue and 90 percent of its pre-tax earnings last year came from non-manufacturing businesses, the filing said.

Berkshire said the minerals in its parts and materials come through sometimes-long supply chains that make it difficult to track the minerals to specific smelters or other sources.

Berkshire said it conducted a “good faith reasonable country of origin inquiry” into the history of the minerals.

The Omaha World-Herald is owned by Berkshire Hathaway Inc.