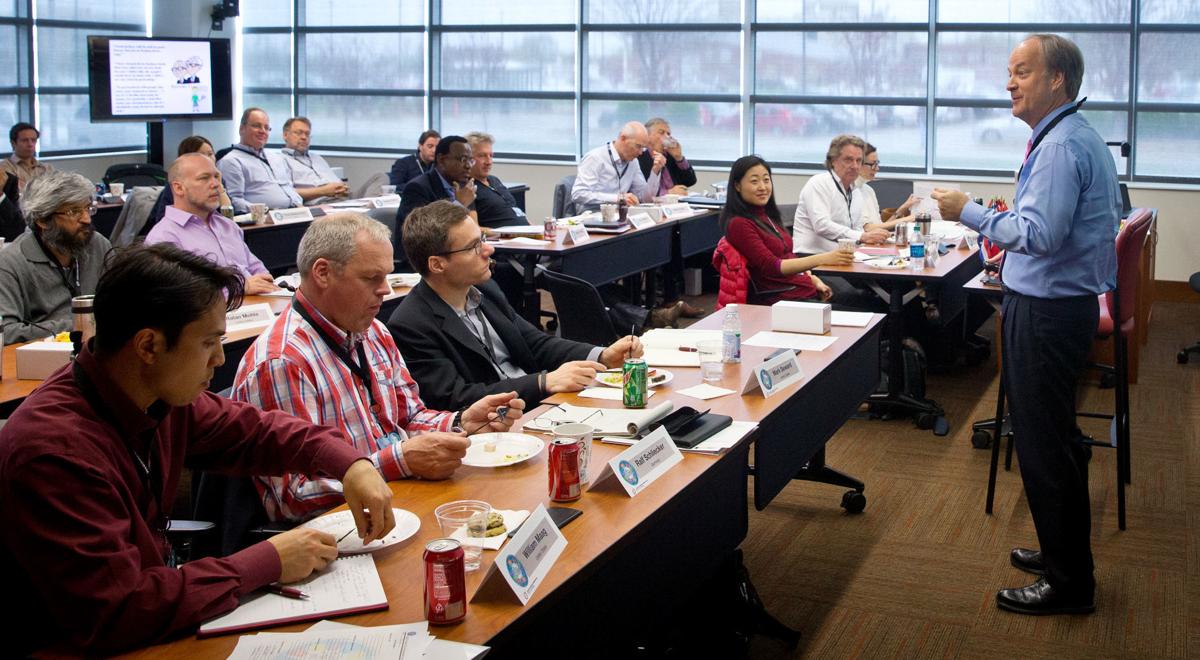 Robert Miles will once again teach his “Genius of Warren Buffett” course at the University of Nebraska at Omaha, in October. He is shown at UNO in 2014. 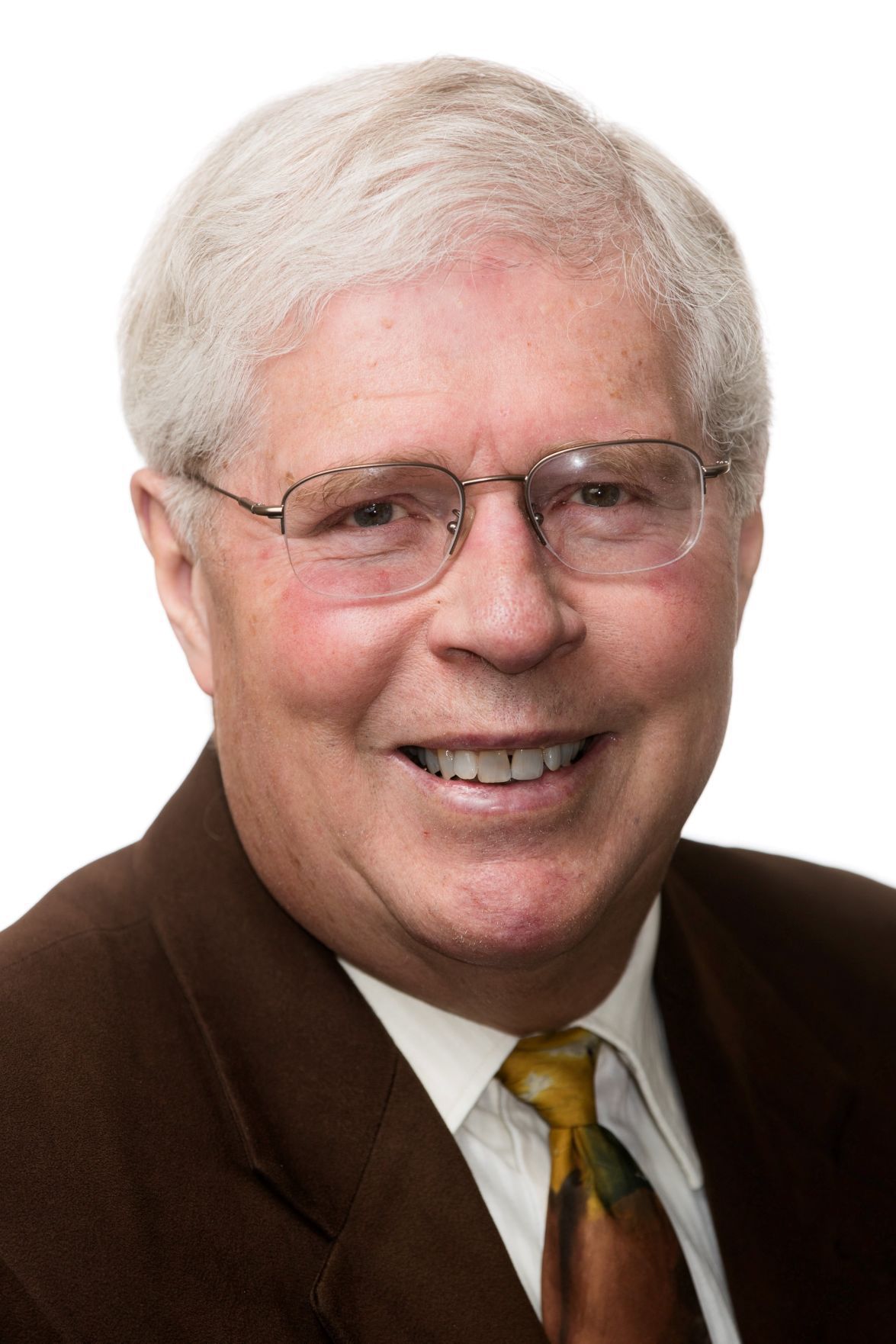 Former business reporter Steve Jordon would discuss the happenings of Warren Buffett and Berkshire Hathaway in his weekly column from June 2008 until he retired in September of 2018.

What difference would it make if, as President Donald Trump suggested recently, you were looking at six-month reports instead of three-month reports?

After all, Warren Buffett and Jamie Dimon, friends and chairmen and CEOs of Berkshire Hathaway Inc. and JPMorgan Chase, respectively, said in an article for the Wall Street Journal in June that companies shouldn’t make profit predictions in their quarterly reports.

The pressure to meet or beat those predictions, they said, might tempt companies to make short-term decisions or use flimflammery that could cause poorer long-term results or other dire consequences.

Trump said he asked the U.S. Securities and Exchange Commission to study requiring twice-a-year reports after a business leader — whom he didn’t name — said it would “make business (jobs) even better” and that it would save money and “allow greater flexibility.”

So the president and Buffett, pretty much political opposites, agree on this one?

For a long time, Buffett has urged businesses and investors to think long term. Spend money today to get a new Geico customer — advertising, software, staffing and other expenses — and you have a profitable customer for years to come.

Buffett warns shareholders against fast reactions to Berkshire’s quarterly reports because things happen that can cause profits to go up or down sharply but have no effect on Berkshire’s long-term value as an investment.

And Buffett has said people should invest as though they wouldn’t care if the stock market shut down for five years. Owning an apartment building doesn’t depend on what price someone would pay for it each day, he says, but on the money you can make from owning it.

Buffett didn’t suggest less-frequent reports but rather leaving out profit predictions, and he hopes investors learn to understand what quarterly reports are and are not.

But Buffett also has said that his method is not the only way to make money on the stock market. If you have the temperament and knowledge to be a successful day trader, more power to you. Such investors want companies to send out information more frequently to help in their decisions and, in many cases, to make the stock market more volatile.

Buffett hasn’t commented on the president’s six-month suggestion, but here’s a possible reaction from Berkshire: It probably wouldn’t make much difference to him or to investors like those who own Berkshire stock.

Author and lecturer Robert Miles will teach his ninth year of “Genius of Warren Buffett” course Oct. 4-6 at the University of Nebraska at Omaha, 18 hours of lectures and discussion that costs $3,995, or $1,495 if you register this month.

It’s part of the UNO’s Executive MBA program and explores Buffett’s ideas on investing, management, business valuation and other topics.

Completing the class yields, of course, a certificate of completion. Register at valueinvestorconference.com/#GOBfall.

Buffett’s name is missing, as usual, from the Chronicle of Philanthropy’s annual list of the top 50 philanthropists, since the association counts his $3.17 billion donation of Berkshire stock in 2017 (followed by $3.4 billion this year) as the annual installment on his 2006 pledge to donate nearly all his wealth to charity.

If Buffett’s 2017 donation were counted separately, he would rank No. 2, behind Bill and Melinda Gates’ $4.78 billion and ahead of the $2.02 billion donated by Mark Zuckerberg and Priscilla Chan.

Business Insider reported that the list is tipping toward Silicon Valley rather than Wall Street, with 11 individuals or couples donating $8.7 billion, about 60 percent of the total, from tech-generated wealth.

So, Buffett now plans to have $40 billion buried with him, according to one report.

“I want to reaffirm my commitment to advancing the causes I care about. Which is why, when I die, I plan to donate my fortune to charity, minus the $40 billion I will have buried with me,” Buffett wrote, according to the report.

There are problems with that idea, however. How does the miracle of compounding work when your money is below ground? Where is the exit strategy? How can dividends be paid? And what about security?

Hold on a minute: This is an entry for August on a satirical calendar published by the Onion.

The Omaha World-Herald is owned by Berkshire Hathaway Inc.

Some think Berkshire might acquire Southwest Airlines, but betting on that with your money is "a dangerous game."