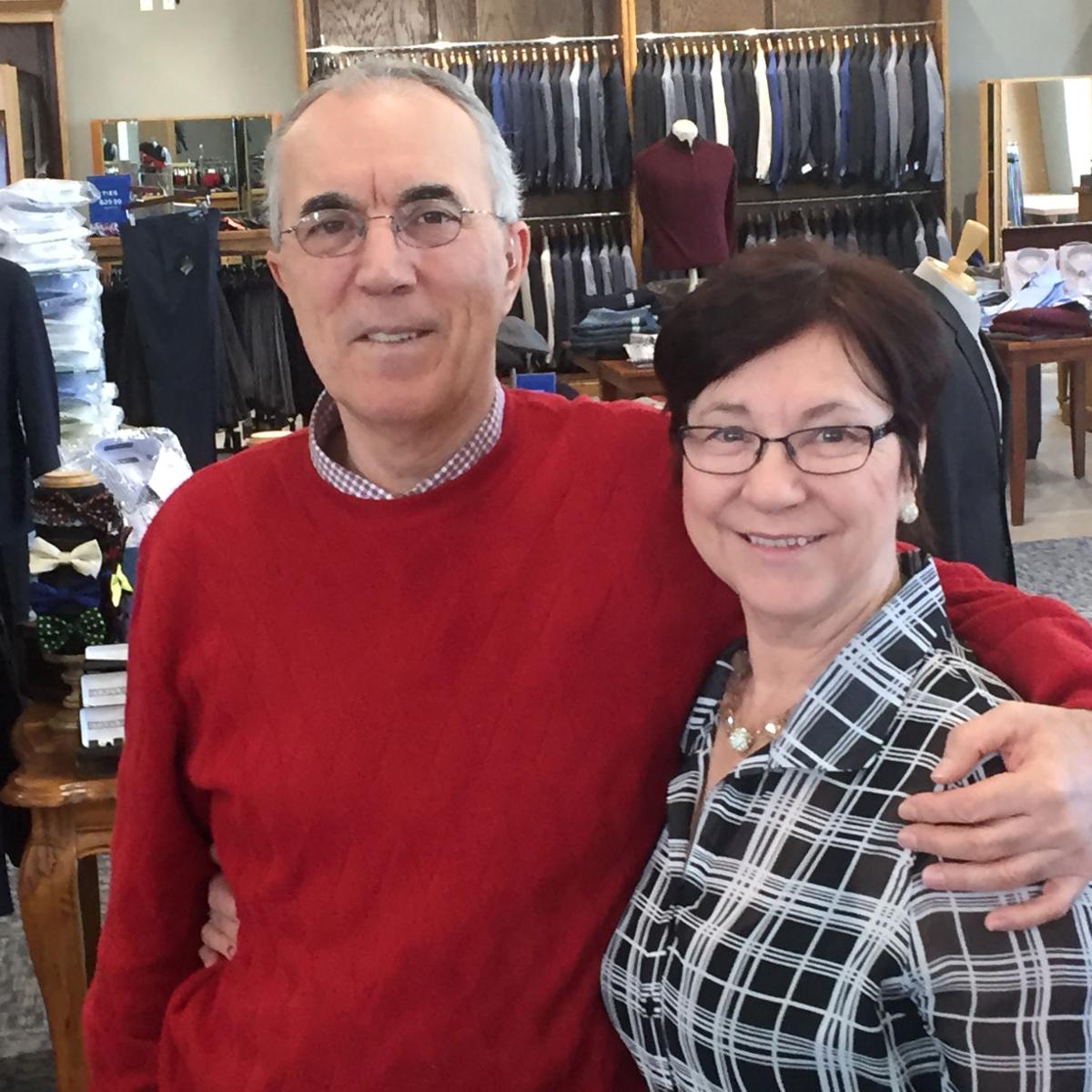 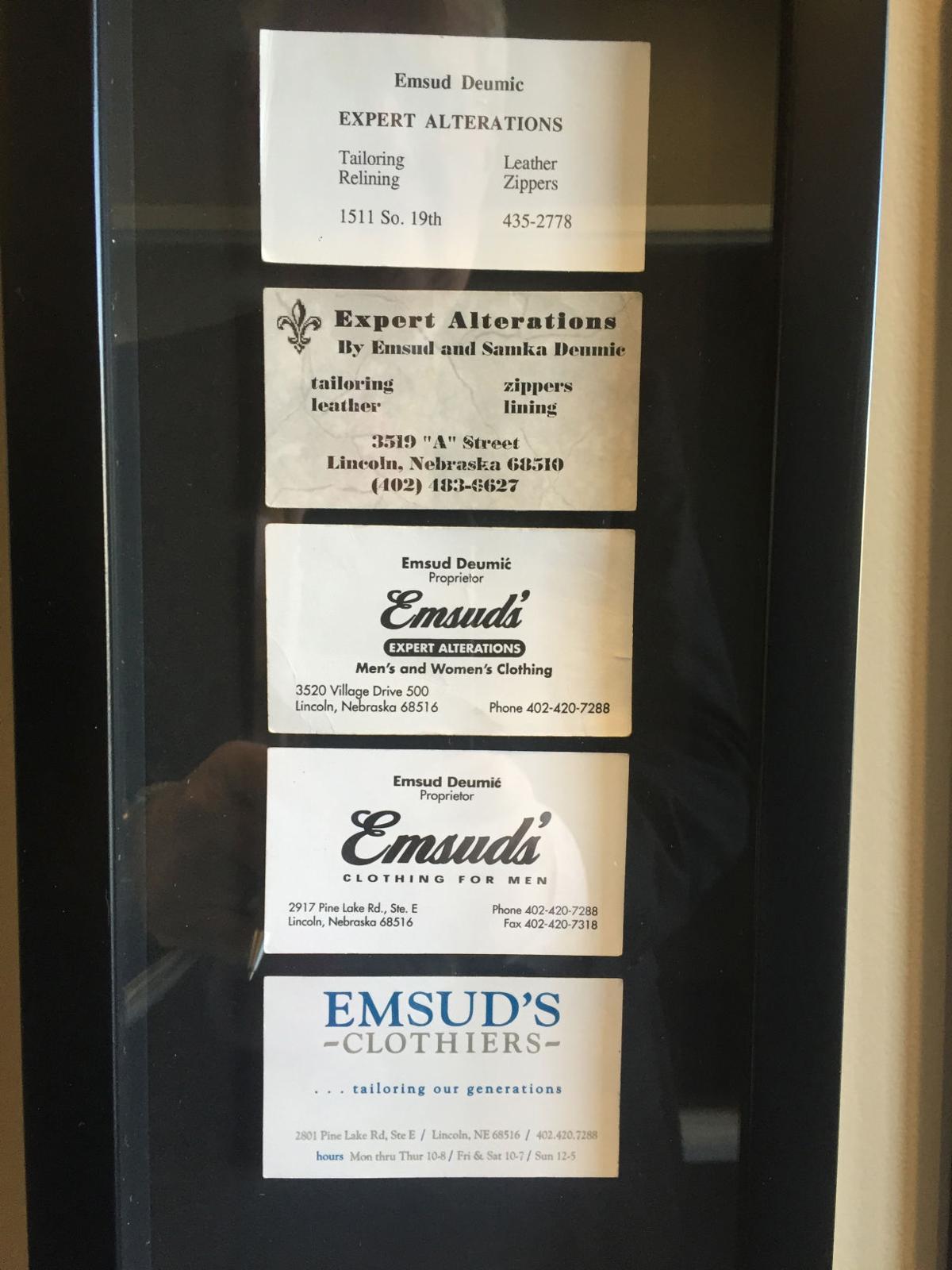 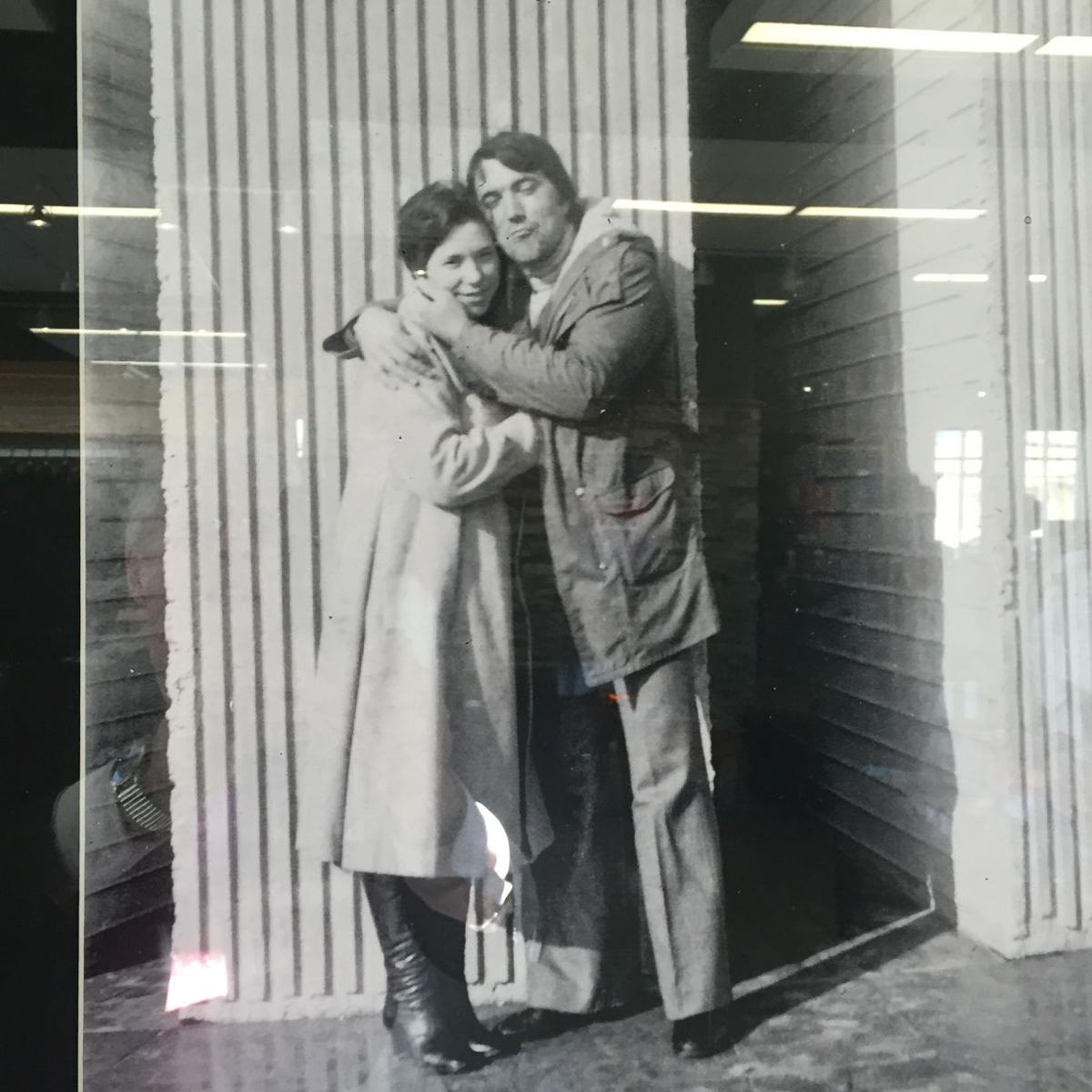 Emsud Deumic, from Bosnia, runs a clothing store and tailor shop with his wife, Samka, right, and daughter, Alma Sehic, in a new commercial development of south Lincoln. 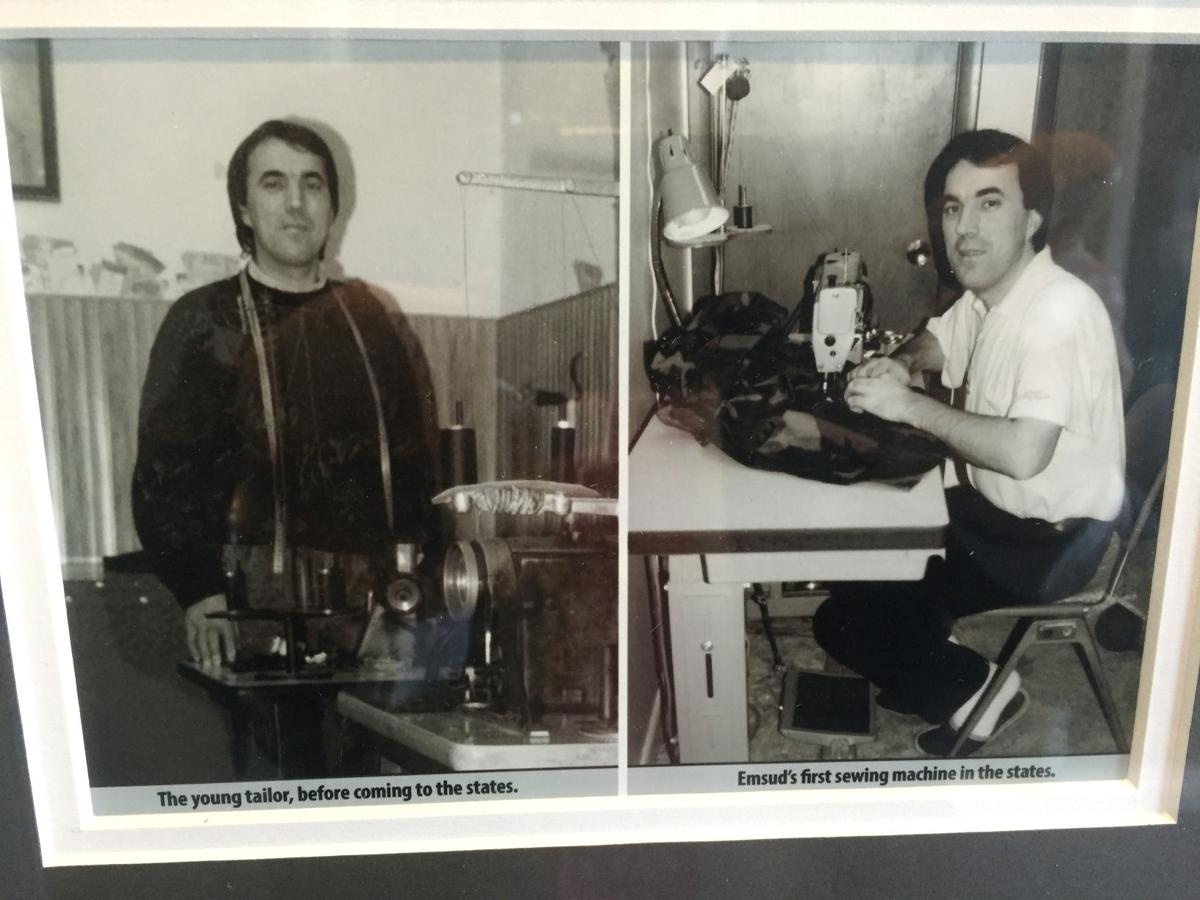 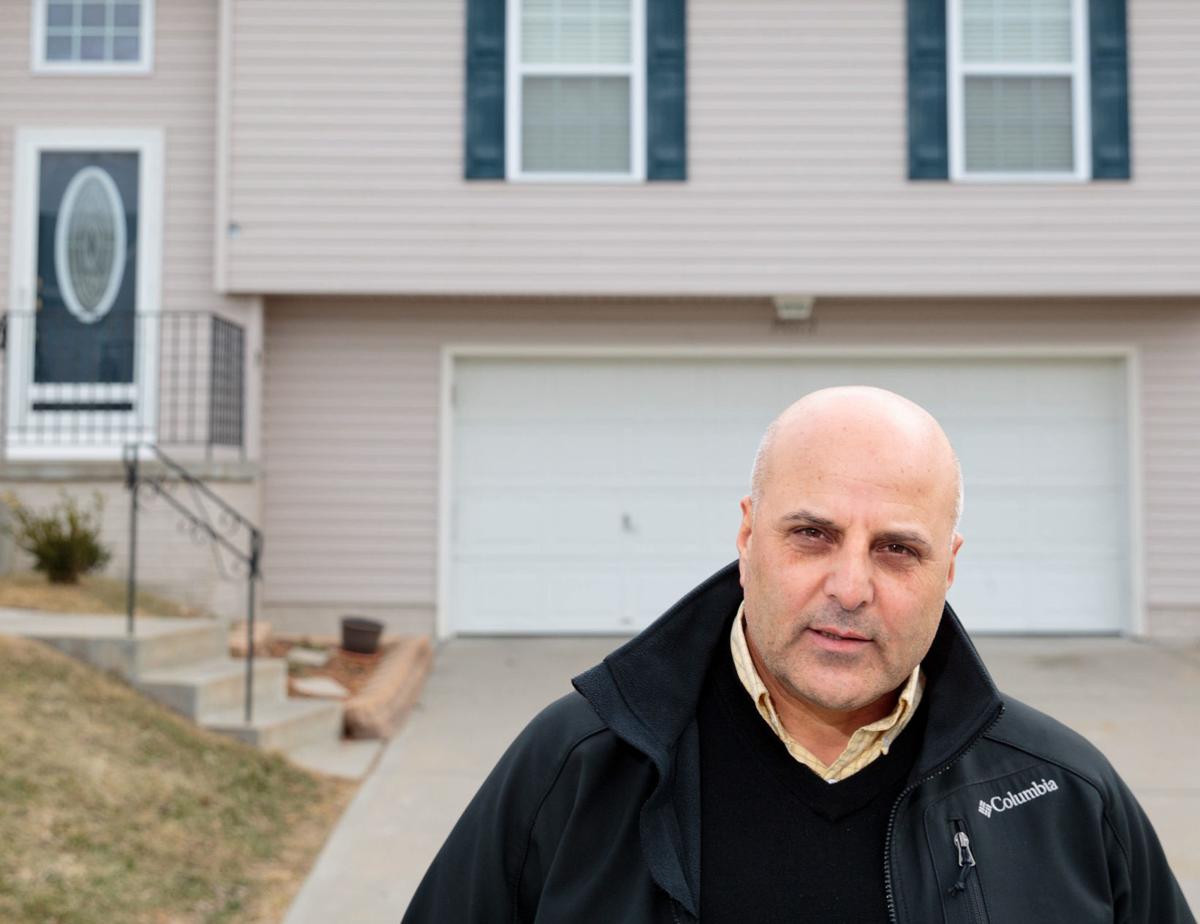 Shapur Rahmanzai poses in front of one of his four rental houses in west Omaha.

Emsud Deumic, from Bosnia, runs a clothing store and tailor shop with his wife, Samka, right, and daughter, Alma Sehic, in a new commercial development of south Lincoln.

Shapur Rahmanzai poses in front of one of his four rental houses in west Omaha.

Emsud Deumic and Shapur Rahmanzai started their journeys 2,700 miles apart but ended up as fellow Nebraskans.

At a time when immigration is a hot political issue, the two former refugees represent immigrants who start businesses in the United States.

Immigrants are twice as likely to start businesses as U.S.-born residents, according to a 2012 study cited by the Ewing Marion Kauffman Foundation of Kansas City, Missouri, which promotes entrepreneurship.

“When you go to through tough times and survive and you are alive,” Rahmanzai said, “some of these business risks look like a piece of cake. You see things from a different angle.”

Deumic, from Bosnia, runs a clothing store and tailor shop with his wife, Samka, and daughter, Alma Sehic, in a new commercial development of south Lincoln.

Rahmanzai, from Afghanistan, has a budding real estate business in Omaha, so far owning four rental houses alongside his regular job.

For both men and their families, the American free enterprise system is working, in contrast to conditions in their native countries. There are other parallels, too.

Both walked with family members over mountains at night to escape wars — Rahmanzai to Pakistan, Deumic to Croatia. Both credit hard work and determination, plus help from individual Americans and, initially, the government, for seeing them through challenges that included poverty, a language barrier and cultural changes.

Both honed their English language skills to qualify for jobs. Both saw opportunities in an economic system that lets people open businesses within a clear set of rules and succeed based on their own efforts.

Deumic and his young family came to the United States in 1993 through the sponsorship of First-Plymouth Church in Lincoln, Rahmanzai in 1995 by winning the U.S. immigration lottery.

For the Deumics, a transit camp in Croatia, although difficult, was better than what was happening in their home in Prijedor, a city of about 100,000 people in northeastern Bosnia. In 1992, an estimated 14,000 people were killed in the region, a case of ethnic cleansing that became known as the Prijedor Massacre.

Even before the war, the Communist government of what was then Yugoslavia made it difficult to do business.

“You were in stress every day,” said Deumic, who ran a tailor shop, like his father and grandfather. “You had to get permission to do anything. They always had some paper you needed. This is just to take money from you.”

But the war made staying in Bosnia impossible.

At the time, several Western countries were accepting refugees from the camp in Croatia. They expected to join Deumic’s twin sister in Sweden.

One evening a woman in the camp read the pattern in the coffee grounds at the bottom of Samka’s cup — a type of fortune-telling — and predicted that the family would go somewhere unexpected.

Sure enough, Sweden had reached its limit of refugees. Their son, Salko, said, “Let’s go to the best country in the world,” and a refugee aid group matched them with First-Plymouth in Lincoln.

Church members met them at the Lincoln airport in 1993 with an American flag, a Bosnian flag and a banner that said, “Welcome to Nebraska” in English and Bosnian. They lived for nine days with a church family and got a loan from the church because they were penniless.

Church members found them an empty apartment and filled it with household goods and furniture.

“That time I cried,” Deumic said. “Can you believe it? People here have the heart. People help out other people. At that time, I said I would try, I would have my own business.”

One day Deumic spotted a sewing machine in a store window. He talked the owner into monthly payments, adding to what he owed the church. With a business card advertising “expert alterations,” he began working in the basement, first for church members and then other customers gained by word of mouth.

“We paid everything on time,” he said.

The Deumics sewed awnings for a Lincoln company, and then Deumic got a job tailoring clothes for Ben Simon’s, the Lincoln clothing stores, for 3½ years. They became U.S. citizens in 1999.

Their credit history — from the sewing machine and the church loan — won a banker’s approval for a home loan and, eventually, business financing.

They opened a small shop, moved twice to larger spaces and then last October opened Emsud’s Clothiers in their own new building near 56th Street and Pine Lake Road.

Today their grandchildren help out at the store, an expansive collection of men’s and women’s attire in a structure with huge “Emsud’s” signs on the outside walls overlooking the intersection.

Alma, their daughter, said her parents saw a need for the business they love. “As refugees, they realize there’s a niche there that’s not being filled.”

His father was a lower-level official with Afghanistan’s rural development ministry, as well as a farmer who raised crops and livestock.

The Afghans’ free-market economy worsened when the Russians invaded in the late 1970s, not only because of the fighting but also because the Communist-style economy required landowners to give up most of their property.

The war destroyed their local school, so children attended classes at a mosque. By the end of the war as many as 1.5 million civilians had been killed and millions more fled to Pakistan and Iran as refugees.

In 1984 the teenage Rahmanzai and his family, traveling in three groups to improve their chances of survival, walked to Pakistan, hiding in the woods from Soviet helicopters during the day.

During his decade in a refugee camp, he married and had two children, practiced his English and worked as a veterinarian assistant for the United Nations. It was “hot like crazy” in the camp, he said, with the threat of malaria.

After winning the U.S. immigration lottery, the young family moved to Omaha in 1995 with life savings amounting to $800. Rahmanzai’s dream was “to live peacefully” and to become a citizen.

The family lived with a relative temporarily, moving to an apartment where a neighbor showed Rahmanzai how to use the bus to get to work and school. He polished computer discs for Surface Technology and was a mail clerk for ConAgra’s frozen foods division.

He studied English and computers at Metropolitan Community College and took classes at the Omaha College of Health Careers to be certified for work at veterinary clinics.

In 2004 he was recruited by a federal contractor to work with U.S. troops in Afghanistan as a translator and adviser, helping American forces get along with local leaders there and, later, in Germany. Back in Omaha, he earned a bachelor’s degree in security management from Bellevue University. After a second tour as a cultural adviser to the military in Afghanistan, he works as an instructor at Offutt Air Force Base.

As a refugee in Pakistan, Rahmanzai couldn’t own property, but the logic of buying houses in the United States was obvious to him. When he bought his second house, he kept the first to rent out at a profit.

“When I walk around, I see things,” he said, and soon he was scouting for houses with problems that he could buy at a discount, fix up and rent out.

”I get a little income from it,” Rahmanzai said. “It’s not a bad investment. You never know. It’s good to have a backup plan.”

He became a citizen in 2000 (he couldn’t have become a citizen of Pakistan) and has a name for the business in mind but won’t reveal it until it’s registered. “The business is there. All I need to do is make it official.”

Some immigrants and refugees have gotten business funding through the Nebraska Enterprise Fund, which invests private money and state and local tax dollars in startups and small businesses.

“They’re working long hours, not making a whole lot of money, but they’ll work together as a family unit,” Reiff said, and rely on a strong ethic and thriftiness. “In Latin America, when you’ve been making a few bucks a day working hard, you bring that with you.”

For immigrants, Reiff said, “there’s a drive, there’s some hope that they can make things better.”

“It’s just the American dream every day,” she said.

This week she and Rahmanzai were guest speakers at a session of the Omaha Business Ethics Alliance, a program supported by Creighton University, the Better Business Bureau and the Greater Omaha Chamber of Commerce.

“We all share the same values,” Rahmanzai told the audience of about 120 assembled at the Holland Center.

In an earlier interview, he said, “Here, you can achieve your goals. When you take the risk, there’s going to be a return. Working hard pays off.”

Said Deumic, the clothier from Lincoln: “America gives you the best chance in the world. Just work and it pays back.”