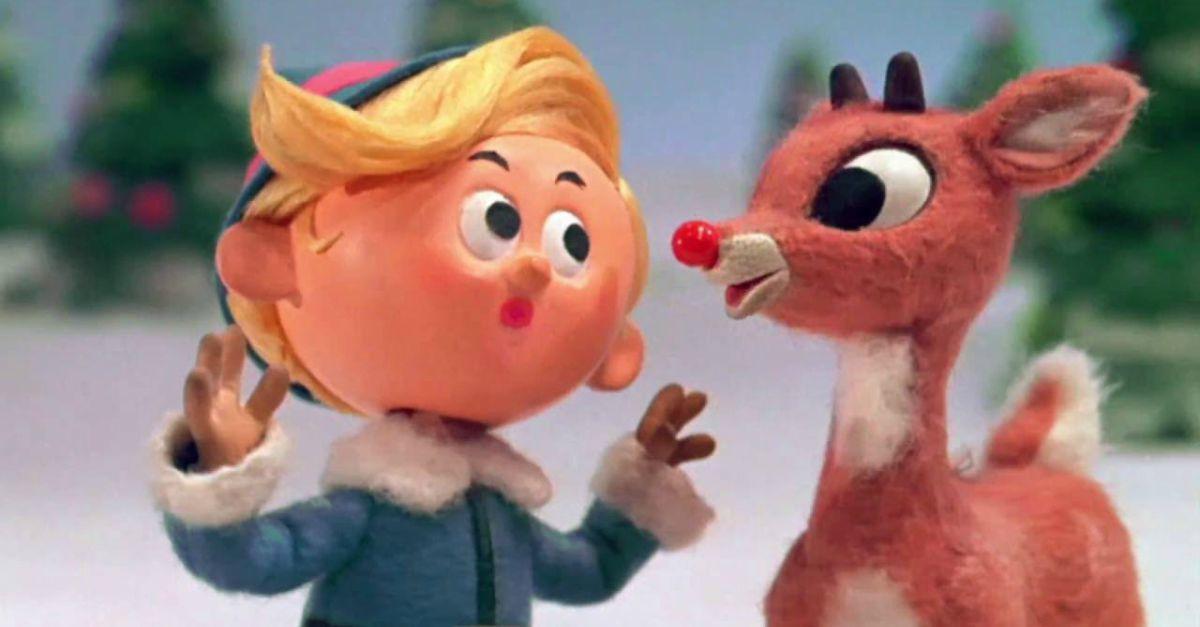 An image from "Rudolph the Red-Nosed Reindeer."

Last night, I watched the “Rudolph the Red-Nosed Reindeer” TV special from 1964 with my 4-year-old daughter, Kate. I remembered it being a little harsh; those reindeer are kind of mean to make fun of old Rudy. But as I watched through fresh eyes, it was stronger than I remembered.

And my precocious preschooler had big — and spot-on — thoughts on the show that left me nodding in agreement.

Her first observation: Santa is so grumpy!

The kid is absolutely understating this. He is a straight-up jerk. We first meet Santa when baby Rudolph is born. Once that blinking nose shows itself, Mr. Bowl-Full-of-Jelly makes the proclamation that the kid will never be on his team if his nose doesn’t somehow change.

Oddly enough, Santa then breaks into song about how magical his midnight sleigh ride and reindeer are. Is he rubbing Rudolph’s glowing little face in what he’ll never have?

And if that isn’t the ultimate anti-jolly, Santa literally rolls his eyes after his elves perform a song for him and says, “It needs work. I have to go.” Then St. Nick just walks away, leaving the crushed elves to be verbally-berated by their bully-ish leader.

My 4-year-old said, “See?” and I struggled to defend Santa. I blamed it on the stress of Christmas Eve and told her that in real life he’s a freaking delight.

I tried poking holes in that statement, but upon closer review, the kid is right. Hermey is the only elf at the North Pole with non-pointy ears. We recently watched the movie “Elf” with Will Ferrell, so Kate immediately launched into a theory that Hermey isn’t actually an elf at all, but a human raised as an elf. This totally explains why he doesn’t like to make toys and wants to be a dentist instead. She looked at me with a great big "duh" expression after her summation, and I was unable to find a flaw in her reasoning.

So for the rest of our days, we’re going to watch that show feeling like we are in the know about the true story behind poor, misunderstood Hermey the non-elf.

Her third observation: Everyone at the North Pole is mean!

The girl is not wrong. Nearly every character we see in Santa’s northern world is a raging dumpster fire of meanness. It starts with Rudolph’s father, Donner. He’s supportive of his kid as long as that honker is covered, but if the red light — aka Rudolph’s true self — is exposed for the world to see, Donner wants nothing to do with his child. Nice, right?

Then we meet Comet, the flying coach, who also freaks out when he sees that nose. He not only kicks Rudolph out of practice, but makes a loud, sweeping announcement like a total jerk-face that they will not be letting Rudolph join in any games. Ever.

The elfin world is no better. Not only does the head elf mock Hermey for his crappy toy-making abilities and wildly unrealistic orthodontic dreams, but he encourages the other elves to join him in the mockery. He also tells Hermey that he’ll never fit in.

The North Pole is a hardcore toxic workplace and needs an HR department stat. And don’t even get me started on that Island of Misfit Toys.

Regardless of these travesties, I will always watch "Rudolph" because my childhood tipped it with Christmas magic. That claymation horror show is special to me; beloved, even.

Besides, it gave my daughter and I an unexpected opportunity to discuss kindness and acceptance — even if only in response to the god-awful characters.

Lynn Kirkle is a writer and lives in Omaha with her husband and five children. She writes twice a month for momaha.com, and can be found on Twitter @LAPainter.

Contrary to popular belief, not everyone is a fan of traditional Thanksgiving fare. Here is a 4-year-old's analysis of the food often served at Thanksgiving.