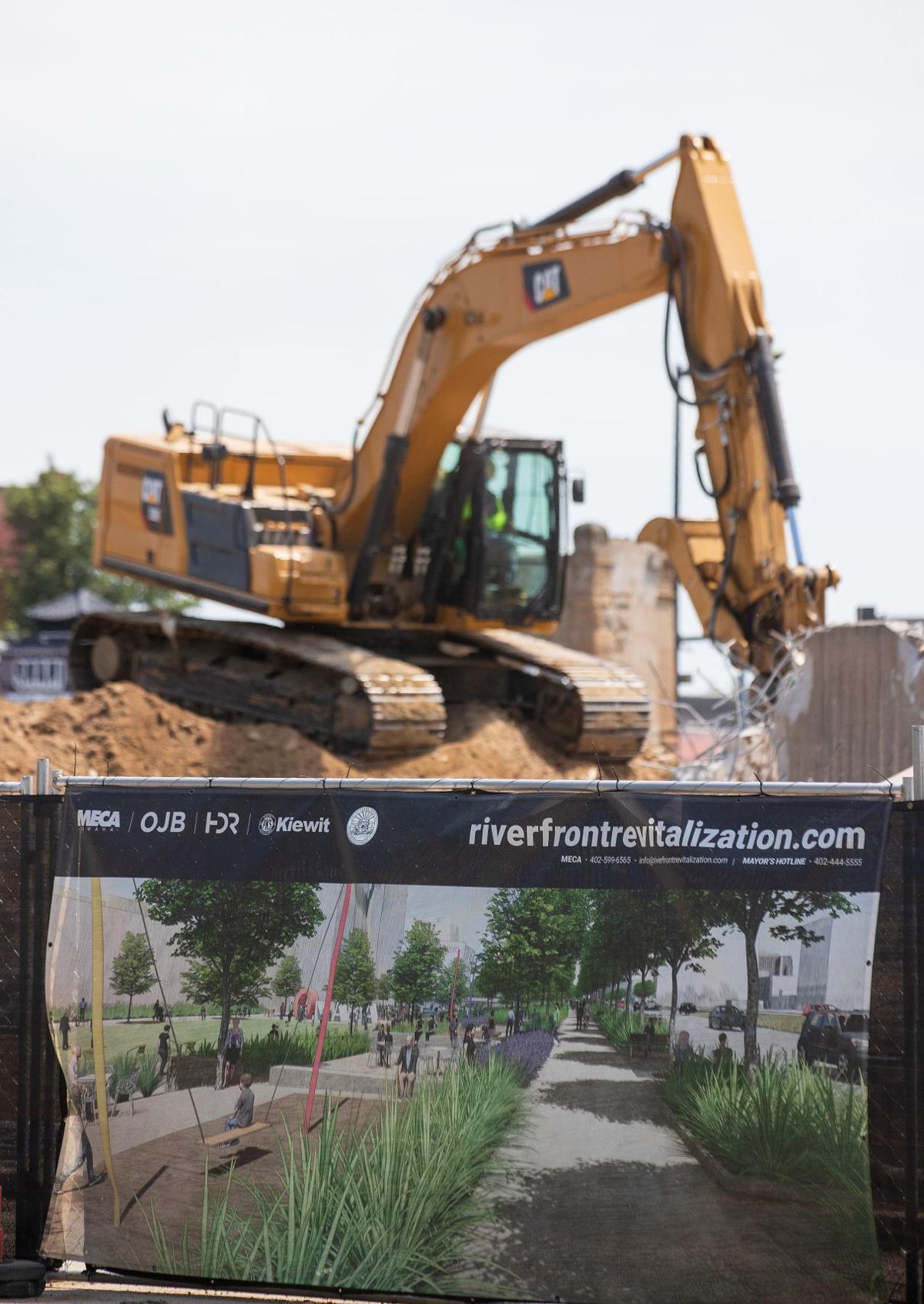 Three downtown Omaha parks near the Missouri River are getting a new, all-encompassing name after months of work by marketing professionals.

The Omaha Parks Board on Thursday — and the city’s Naming Committee last week — signed off on calling all 90 acres “The RiverFront.”

The Gene Leahy Mall, Heartland of America Park and Lewis & Clark Landing will retain their individual names, the city says.

MECA, which is overseeing nearly $300 million in renovations to the three parks, says it obtained the money from a mix of city and private funds.

The aim is to give the parks an Omaha-specific brand and logo as a true outdoor destination for residents and visitors.

Omaha Parks Director Brook Bench, before the Parks Board vote, said he was particularly pleased that the group found a way to preserve the Leahy name.

“I think it’s great we kept the names and added ‘The RiverFront,’ ” said Parks Board member Adelaide Kinghorn. “I think this is very, very good.”

Bailey Lauerman’s chief creative director, Carter Weitz, said the name that made the most sense was the one that Omaha residents already use.

Even the logo should look familiar, he said. Its three “ripples” bend like the Missouri River at Omaha, he explained.

“To promote it, we needed to brand it,” Weitz said.

Omaha City Council members Ben Gray and Brinker Harding said they think “The RiverFront” does a nice job of tying together the parks.

The last hurdle for the new name is City Council approval, which is expected over the next several weeks.

Downtown resident Monica Stoops, who said she was in her late 40s, expressed relief that the marketers didn’t overthink a name that works.

“I think it does a good job of letting people know the three parks are tied in with the riverfront,” she said while walking her dog, Ms. J.

Others, including downtown resident Lee Myers, questioned the wisdom of paying a marketing firm to come up with a name that fits many cities.

“I think it needed to be done,” said Myers, 76, who suggested asking the public. “It’s just in the usual unimaginative way.”

Local marketer Melissa Mroczek, 42, was OK with the name but said an employee at MECA or the city could have come up with it for less.

“I can’t believe they spent the money,” she said.

Katie Krcmarik, an assistant professor of practice in advertising and design at the University of Nebraska-Lincoln, said she sees merit in the attempt to create a clear identity for each park under a shared umbrella.

Similar efforts are common across the country, building identities for neighborhoods and parks, she said, pointing to Omaha neighborhoods like Dundee and Benson and their efforts to stand out.

Phani Tej Adidam, a professor of marketing and entrepreneurship at the University of Nebraska at Omaha, said there’s social and economic value in branding a destination like Omaha’s “RiverFront.”

People will feel a greater sense of ownership in the place, he said, and that will give residents and developers more confidence to invest in the area. He pointed to the recent success of Aksarben Village as an example.

“I support the concept,” he said. “And I think it is long overdue.”

The $290 million project is showing quick progress on its way to transforming Leahy Mall, Heartland of America Park and the Missouri Riverfront.

I could have come up with that name in 5 seconds and I would have only charged $20. I wouldn't have needed all the charts and PowerPoints.

Why in the world did Mayor Stothert and the Omaha City Council give up control of city property to MECA? Nobody voted for Roger Dixon. Or Ken Stinson for that matter.

Why does a private company get control over city property and able to give no-bid contracts to people like Jay Noddle who is on the MECA board?

Why have a city council and mayor at all? Just let Omaha big businessmen like Stinson and Bay and Noddle make all the decisions.

Count me against any of that bull cra/.

Every city on a river has a RiverFront. What's original about that? Oh, we paid $80,000 for it. BRILLIANT!

The "powers' in Nebraska and Omaha appear to be following the liberals in the east coast....$80,000 to name a park is about the stupidest thing that could happen in Nebraska.......oh wait, there will be more!!