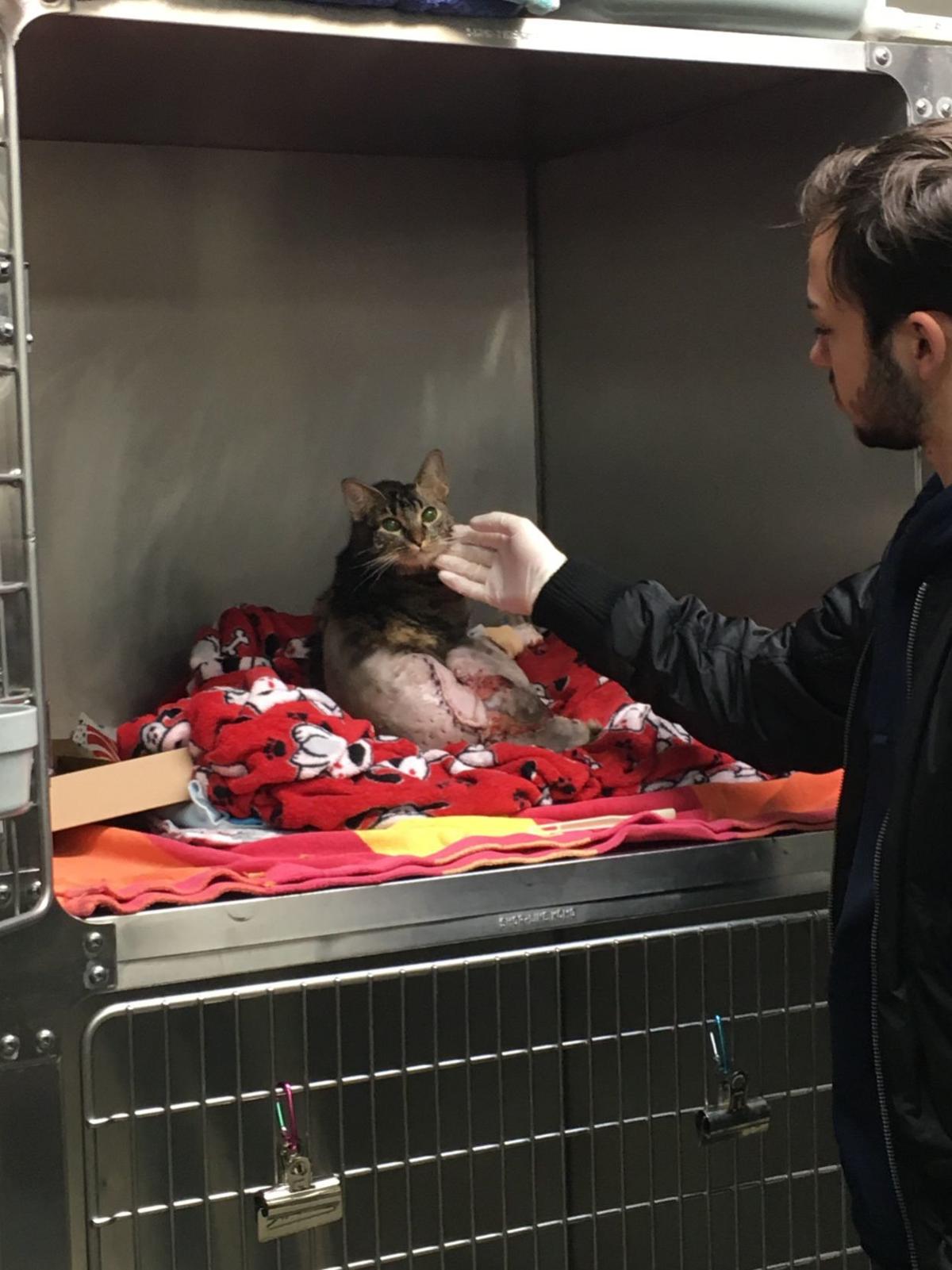 Blaze Martinez visits the family cat, King, who suffered serious burns in a fire at the family’s home. 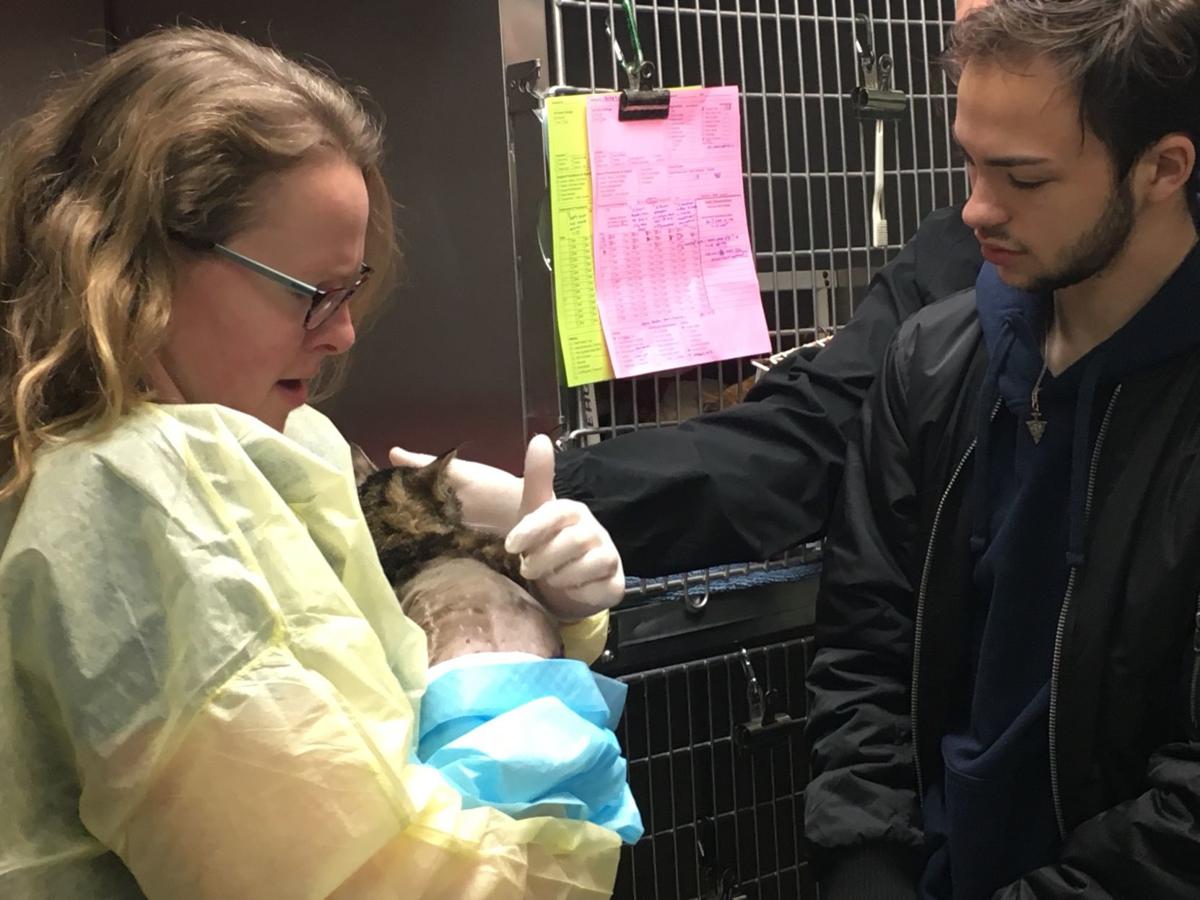 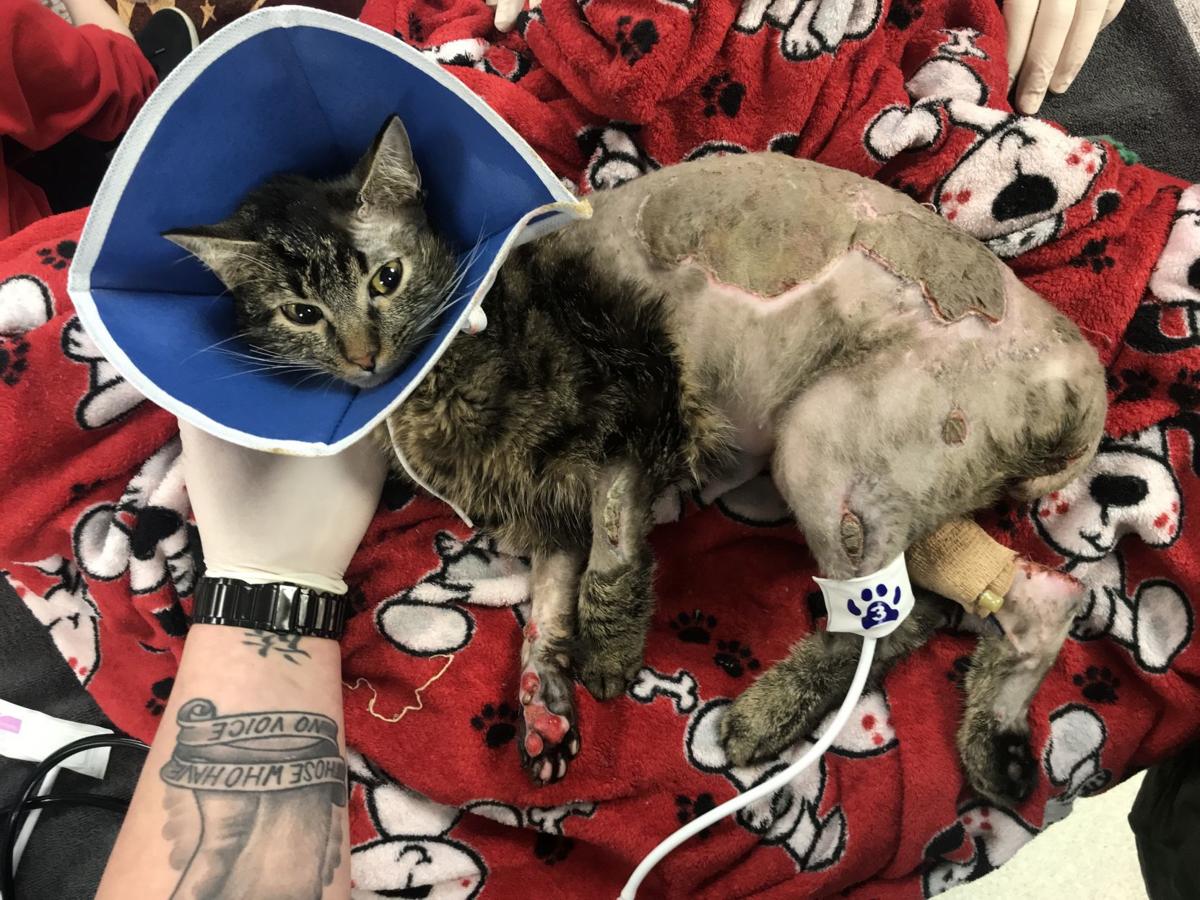 King the cat continues to recover at the Nebraska Humane Society. 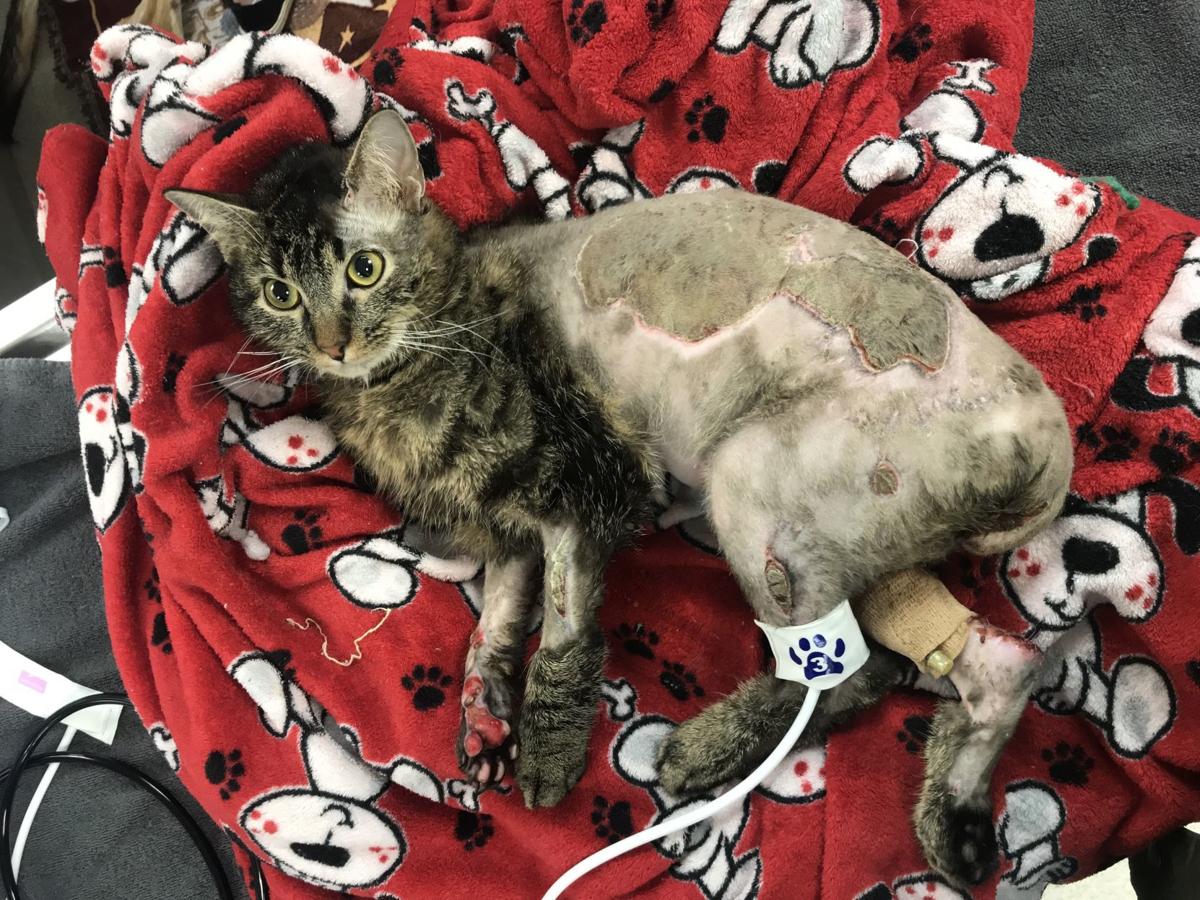 King is being treated with medications after surgery at the Humane Society.

King the cat continues to recover at the Nebraska Humane Society.

King is being treated with medications after surgery at the Humane Society.

King, the Omaha cat whose serious burns were treated with fish skin bandages, has shed his scales and continues to improve.

Veterinarians at the Nebraska Humane Society, where the 10-month-old kitty continues to recover from the injuries he suffered in a house fire, turned to the unusual technique because they believed he could recover if they could find a way to help him heal.

On Friday, King got a visit — and plenty of petting and scratching under the chin with a toothbrush, a favorite treat — from his family, Shane and Blaze Martinez.

Shane Martinez said the time since the fire destroyed the family’s home has been difficult for the father and son, too. But it’s been made more bearable by the outpouring of help and support they’ve received from family, friends, co-workers and others in the community.

“Bad things happen daily,” he said, “but there’s always something good that helps balance” that out.

The pair were out of their home near 28th Street and Titus Avenue for a short time Dec. 21 when the fire broke out. A cause has not been determined, Martinez said.

They got the call about the fire from Humane Society officers while on their way home. In addition to losing their belongings, they lost their Great Dane, Chico, to smoke inhalation.

King had been rescued from the burning home. Martinez said he first saw the cat a couple of days later. At the time, he did not believe King would survive. They’d adopted him from the Humane Society through a Petco adoption event.

The vets had other ideas.

“We were going to do everything we could to help this guy,” Dr. Amber Horn, the Humane Society’s animal medical director, said Friday.

Tilapia skin had been shown to provide some pain relief while protecting wounds and helping to speed healing. A veterinarian from the University of California, Davis used the technique in 2017 to treat bears and a mountain lion injured in a wildfire. Last year, the California vet used the same procedure to treat domestic dogs and cats injured in another large fire. The UC Davis vet reportedly decided to try it after reading how doctors in Brazil, who lacked access to tissue banks and other costly treatments, were experimenting with fish skins to treat burns in humans.

The Humane Society vets found tilapia with intact skin at an area market, then cleaned and disinfected the skin, leaving the scales on the outside surface. Horn and Drs. Katie James and Michelle Rutz stitched the skin into place on Dec. 29.

Horn said they removed the fish skin earlier this week. A significant amount of healing tissue had formed underneath. In fact, she said, the veterinary team was “actually kind of gleeful” about the improvement they saw.

“It had done it’s job as a biological bandage,” she said of the tilapia skin.

On Wednesday, they performed another surgery to make what’s called an advancement flap — moving skin from the abdomen up and over the worst of the burned areas. They’ll continue to manage the rest medically rather than with surgery.

Horn said the team continues to be hopeful about King’s recovery. They’re managing his pain and anxiety with medications. King, who’s always been what Shane Martinez called “an aggressive eater,” has had no problem eating. He chows down on canned chicken and cat food.

The veterinary team also takes steps to allow him to do normal cat things. As with people, Horn said, keeping an animal patient’s mood up is important to their recovery. They’ve allowed King up to walk a little and periodically remove his Elizabethan collar, known to pet owners and fans of the movie “Up” as the “cone of shame,” so he can groom himself. Their goal is to return him to his family.

Shane Martinez said the family has found temporary housing but has yet to relocate permanently. They don’t yet know when King will come home. But he’s already a bit of a miracle, a remnant of what they’ve lost.

“To be able to see King,” he said, “it’s just like a little piece of something that doesn’t exist any more.”

The Omaha World-Herald’s best images of 2019

About 50% of King the cat's body was burned in a house fire. The burns were so extensive that veterinarians were concerned that their usual techniques wouldn't be enough to close the gap. On Sunday, they sutured fish skin over King's wounds, covering them with a kind of organic bandage.