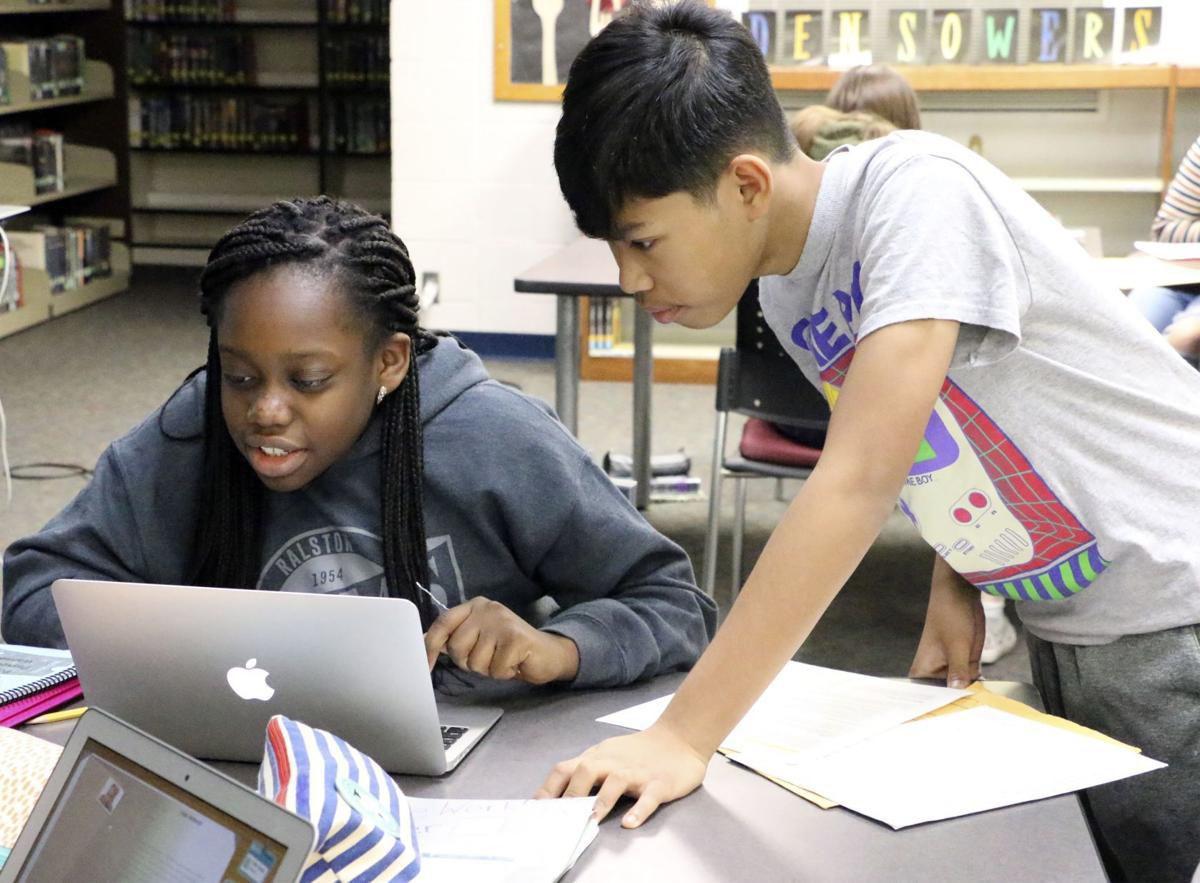 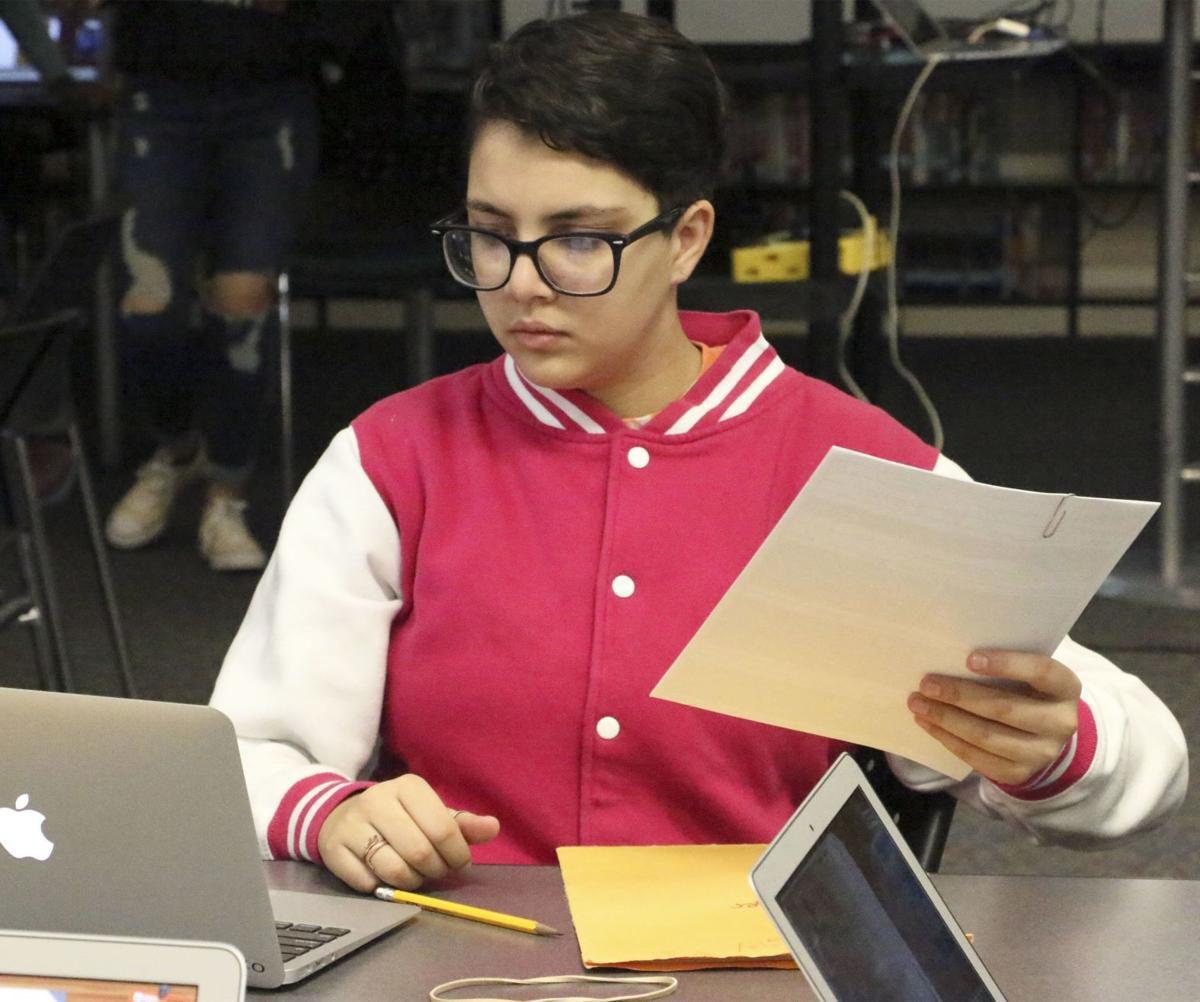 Iman Pearson, an eighth grader at Ralston Middle School, looks at a patient chart during a cyber surgery seminar.

Iman Pearson, an eighth grader at Ralston Middle School, looks at a patient chart during a cyber surgery seminar.

With much urgency and determination, Ralston Middle School High Ability Learners worked to save patients’ lives this month.

For the seminar, students were asked to imagine they were doctors on a boat off the coast of Brazil. They had to  help patients, some of whom were in critical condition.

Students worked in four groups of six. Their tasks included diagnosing patients, running tests and reporting to a doctor from the National Institutes of Health, who assisted students via Skype.

Students needed to solve cases — on ailments including headaches and waterborne diseases — quickly and accurately. Then they were given another patient as if working in a real trauma center.

Each case was based on doctors’ work and research from the National Institutes of Health, said Christine Redemske, math teacher and HAL coordinator at RMS.

Through the activity, which was coordinated by Nebraska Educational Service Unit #3, students got to use critical thinking skills, Redemske said.

When teams settled on a patient’s diagnosis, they reported it to the doctor through Skype, who confirmed the diagnosis or encouraged them to look at other options.

While the activity is interesting, working with a real doctor made it all the more special, Redemske said.

“It probably has a meaning for them to be able to experience it, but then to have that connection with someone who is actually in the field and is able to work through it with them is a whole new level of experience,” she said. “I think they actually feel like they are in the role of a doctor, not just a student who is pretending to be.”

Some cases, Redemske said, were harder than others, which required students to listen to each other and work together.

“I think the hardest part for them is figuring out how to communicate and realize how important it is to work as a team. You can’t do all the work yourself because that’s not going to help the patient,” she said. “Most of life is working as a team. That’s a huge portion of the seminar.”

After students completed the seminar in past years, Redemske said quite a few of them expressed interest in going into the medical field.

“A lot of these students are interested in the sciences, so I hope they get that experience of being in a medical role and learning what that’s like,” she said.

Mike Galeski, a 21-year-old sustainability major, is working to raise $50,000 on behalf of Pencils of Promise, a nonprofit that builds schools and increases access to education in Ghana, Guatemala, Laos and Nicaragua.

Prioritizing prevention: Are you due for your annual wellness visit?

Regular health checkups are "immeasurably valuable" when it comes to your general well-being and overall health, BCBSNE medical director says.