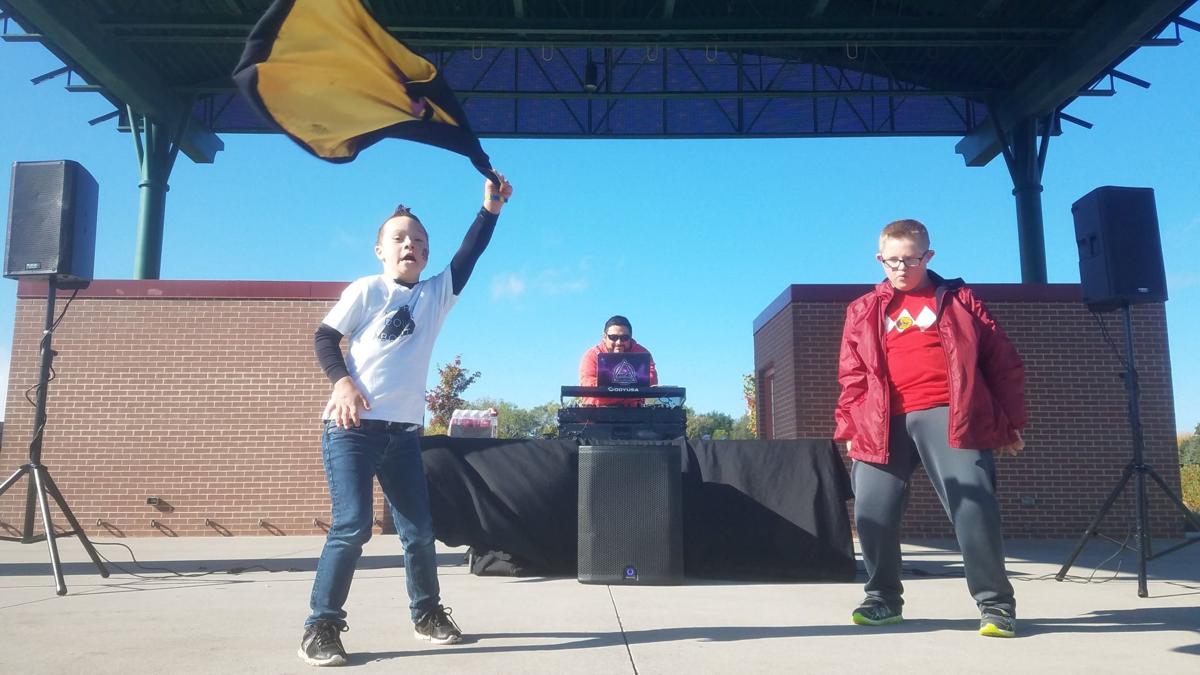 Vollen Schlueter, 9, left, and Eli Petersen, 10, dance onstage during the Step Up For Down Syndrome Walk and Family Festival Saturday at Stinson Park. 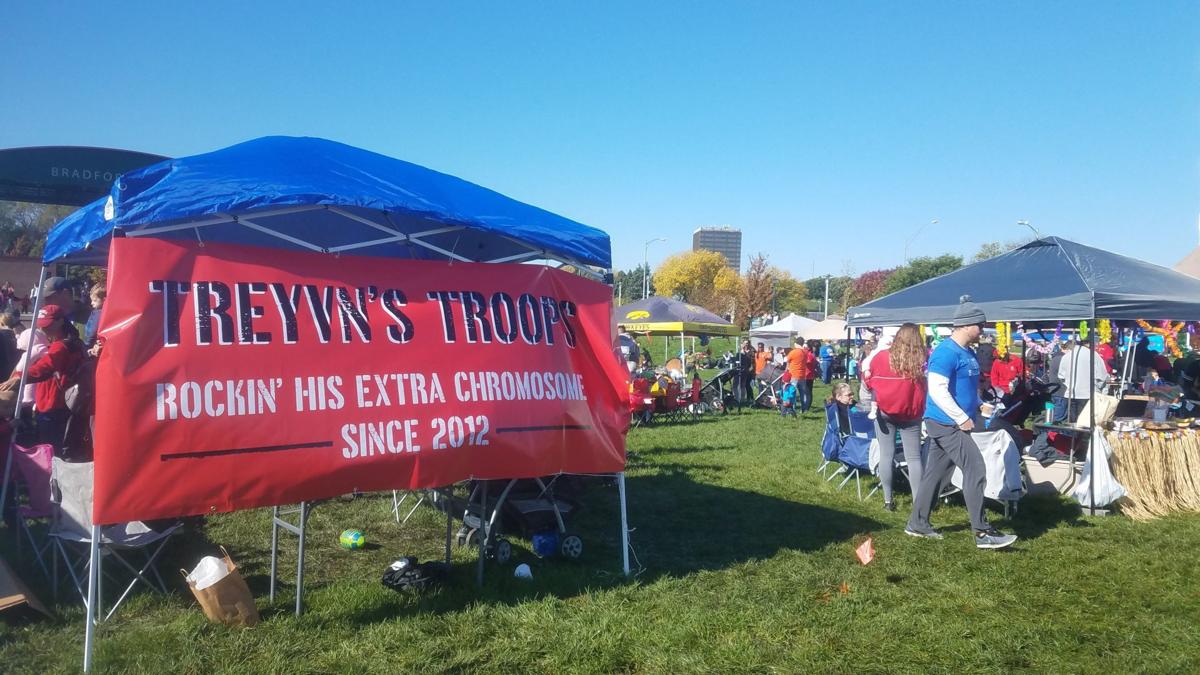 About 2,000 people came out for the Omaha Step Up For Down Syndrome Walk and Family Festival on Saturday at Aksarben Village. The event included a walk, tents with support groups, arts and crafts, and face painting.

Vollen Schlueter, 9, left, and Eli Petersen, 10, dance onstage during the Step Up For Down Syndrome Walk and Family Festival Saturday at Stinson Park.

About 2,000 people came out for the Omaha Step Up For Down Syndrome Walk and Family Festival on Saturday at Aksarben Village. The event included a walk, tents with support groups, arts and crafts, and face painting.

Stinson Park at Aksarben Village was packed with more than 2,000 family members and friends of children with Down syndrome Saturday.

The Omaha Step Up For Down Syndrome Walk and Family Festival is held each October, which is Down syndrome awareness month.

“Kids with Down syndrome are more like us than different from us,” said Natalie Petersen, whose 10-year-old son Eli has Down syndrome. “Their capacity to forgive and unconditionally love is out of this world.”

Petersen has been attending the event each October since 2010. Family and friends supporting Eli gathered in “Eli’s Rangers” shirts.

It’s the 17th walk and festival held by the Down Syndrome Alliance of the Midlands. It was called the Buddy Walk before this year.

The group supports more than 400 families in the Omaha area. Saturday, 96 official teams supporting a child with Down syndrome were at the festival. Teams gathered at tailgate tents and members wore team shirts.

The event has grown each year. This year, about $130,000 was raised, said Lara Arcishewsky, the nonprofit’s community connection coordinator.

Arcishewsky joined the Down Syndrome Alliance staff in support of her 4-year-old daughter Audrey.

“It’s been amazing for me to be able to use my skill set and my professional life to be able to advocate for my daughter and for other people with Down syndrome,” Arcishewsky said.

The festival had tents with support groups, arts and crafts, and face painting. The walk took place on a short stretch in Aksarben Village.

“It’s more about families coming out and having a good time and celebrating with their loved ones,” said Leah Janke, executive director of the Down Syndrome Alliance of the Midlands.

The Down Syndrome Alliance will hold its first annual Building the Future Gala on March 9 at the Livestock Exchange Building.

Blair teen with Down syndrome, friend since 6th grade voted homecoming royalty; 'Everyone wanted him to win'

Homecoming queen Megan Sorensen said it was no surprise to see Alec Aman crowned king. Voting for him was the "talk around school" leading up to the Oct. 6 dance.