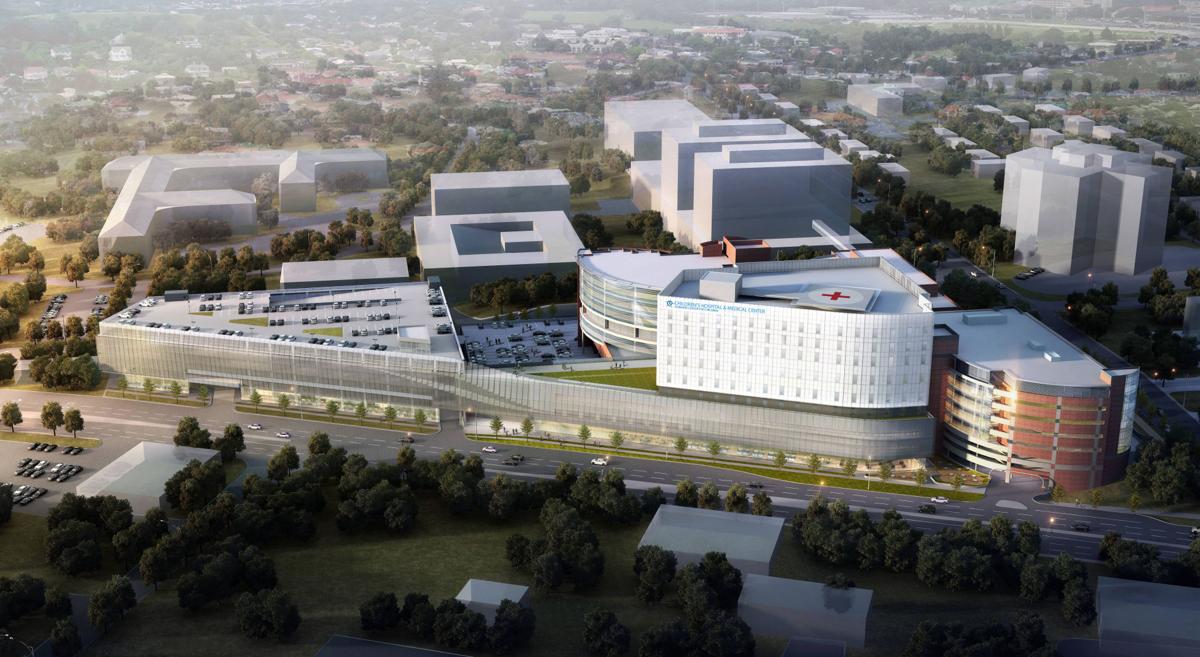 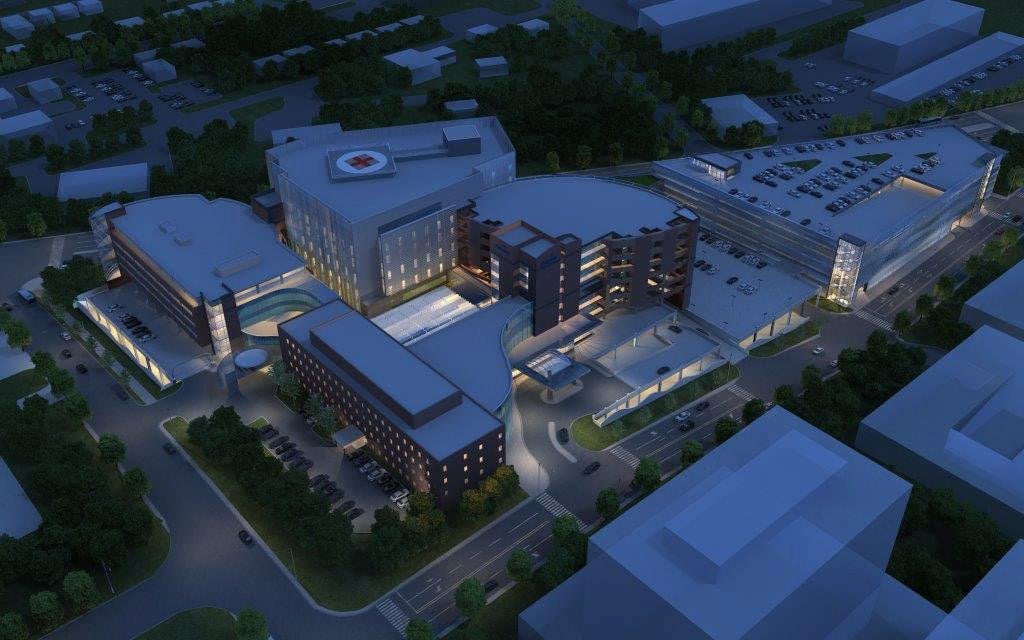 Children’s Hospital & Medical Center on Thursday took its most visible step so far toward achieving plans for a major expansion in size and offerings.

Officials broke ground for a 10-story, approximately $450 million clinical facility expected to change the landscape of a busy Omaha intersection as well as the scope and scale of pediatric health care in the region. The $450 million includes renovation of 100,000 square feet of the existing building, which will begin after construction of the new center is completed in early 2021.

The new Hubbard Center for Children, named in recognition of the lead gift from the Theodore F. and Claire M. Hubbard Family Foundation, will be constructed on the West Dodge-facing front lawn of the existing hospital at 82nd Street and West Dodge Road and will add about 500,000 square feet. The current hospital measures 225,000 square feet, not counting the attached specialty clinics.

The center will include more than 70 inpatient beds, with space for more as needed.

“The demand for the high-quality pediatric care we provide is growing rapidly, straining our current facilities,” Dr. Richard Azizkhan, Children’s president and CEO, said in a statement. “We must expand — in space and scope — because children and families are counting on us to be the best now and into the future.”

Children’s typically is near capacity. It serves mainly patients from Nebraska, Iowa, Missouri, Kansas and the Dakotas. But some also come from across the country and, last year, from 19 other countries.

The ideal occupancy for a hospital like Children’s, Azizkhan said, is about 80 percent. Children’s occupancy has been running at about 95 percent or slightly more during the week and 85 percent or more on weekends. On Thursday, 129 of the hospital’s 137 beds were full. During the current calendar year, the hospital has had to turn down 97 children for critical care because it hasn’t had space. Surgical services grew 13 percent last year and are on track to do so again this year.

Azizkhan said the expansion also would allow the hospital to hire more specialists — about 100 over the next four or five years — and treat more patients from within the region so families don’t have to travel elsewhere for specialized services. The hospital in recent years has been adding about two dozen physicians a year. Some new recruits will fill unmet needs. Others will establish new specialties. The hospital recently recruited surgeons specializing in complex colorectal disorders.

“It is our unwavering belief that families deserve a greater depth and breadth of pediatric services and the highest value care closer to home,” Azizkhan said. “A strong children’s hospital will draw expertise from around the country, and these facilities will allow our research and education activities to truly flourish and make an impact.”

The new facility will be supported by the hospital’s five-year, $50 million “Changing Lives Together” capital campaign, which is ongoing. About $40 million of that total will be devoted to bricks and mortar and $10 million to research, Azizkhan said. Donors have pledged about $28.3 million so far, and the hospital is seeking additional support. The rest of the funds for the new facility will come from hospital operations and a modest loan.

Construction is expected to start in the spring. Once completed, the Hubbard Center for Children will become home to many of Children’s critical pediatric programs and services. The Neonatal Intensive Care Unit will move over from nearby Methodist Hospital; Children’s lease for the Methodist space ends in 2021. The center also will include a new and expanded Pediatric Intensive Care Unit, a short-stay observation unit, surgical services, a larger emergency department and a fetal care center for mothers carrying high-risk babies. Also included is a new hematology and oncology floor.

In addition to naming the building, the Hubbard Family Foundation has pledged to support the Theodore F. Hubbard, M.D., Cardiac Care Center and the Claire M. Hubbard Healing Garden Solarium. Ted Hubbard Jr. and his wife, Colleen, have funded a new rooftop garden.

Theodore F. Hubbard was a pioneering Omaha cardiologist. Ted Hubbard recalled that in the days before specialists, his father treated patients of all ages, from the elderly to tiny babies.

His mother was a dietitian for the Army during World War II and served four years at Walter Reed General Hospital, now the Walter Reed Army Medical Center. There, she had a patient named Eisenhower who gave her a little trouble, Ted Hubbard recalled. The foundation also has supported projects at UNMC and the Henry Doorly Zoo as well as other causes.

“They’ll be in the upper echelons of children’s hospitals in the United States when this is completed,” Hubbard said of Omaha Children’s. “They (his parents) would be happy to know that their investments were paying off.”

Azizkhan said medical and surgical wards, which are in excellent condition, will remain in the existing structure. Officials expect to move administrative and other nonclinical activities to existing structures on the HDR campus west of 84th Street in 2020. The hospital in June announced that it had purchased the campus from the Durham family trust for $33.5 million.

HDR, meanwhile, is planning to build and move in early 2019 to a new 10-story headquarters building in Aksarben Village northeast of 67th and Frances Streets.

Azizkhan said the new center will be built with the flexibility to accommodate not only additional growth but also changing medical technology.

“We’re planning this to be a facility that will serve this community for the next 25 to 30 years,” he said.

Additional details, including a floor-by-floor breakdown of the new facility, are available at ChangingLives.ChildrensOmaha.org.

Correction: An earlier version of this story incorrectly listed the date for HDR's move.

“Access to our pediatric experts will make care more efficient and seamless for children and families at Madonna,” says Dr. Richard Azizkhan, Children’s president and CEO.

The benefits of a healthy diet are plentiful, but when it comes to establishing a new routine, where do you start? A dietitian leads the way.