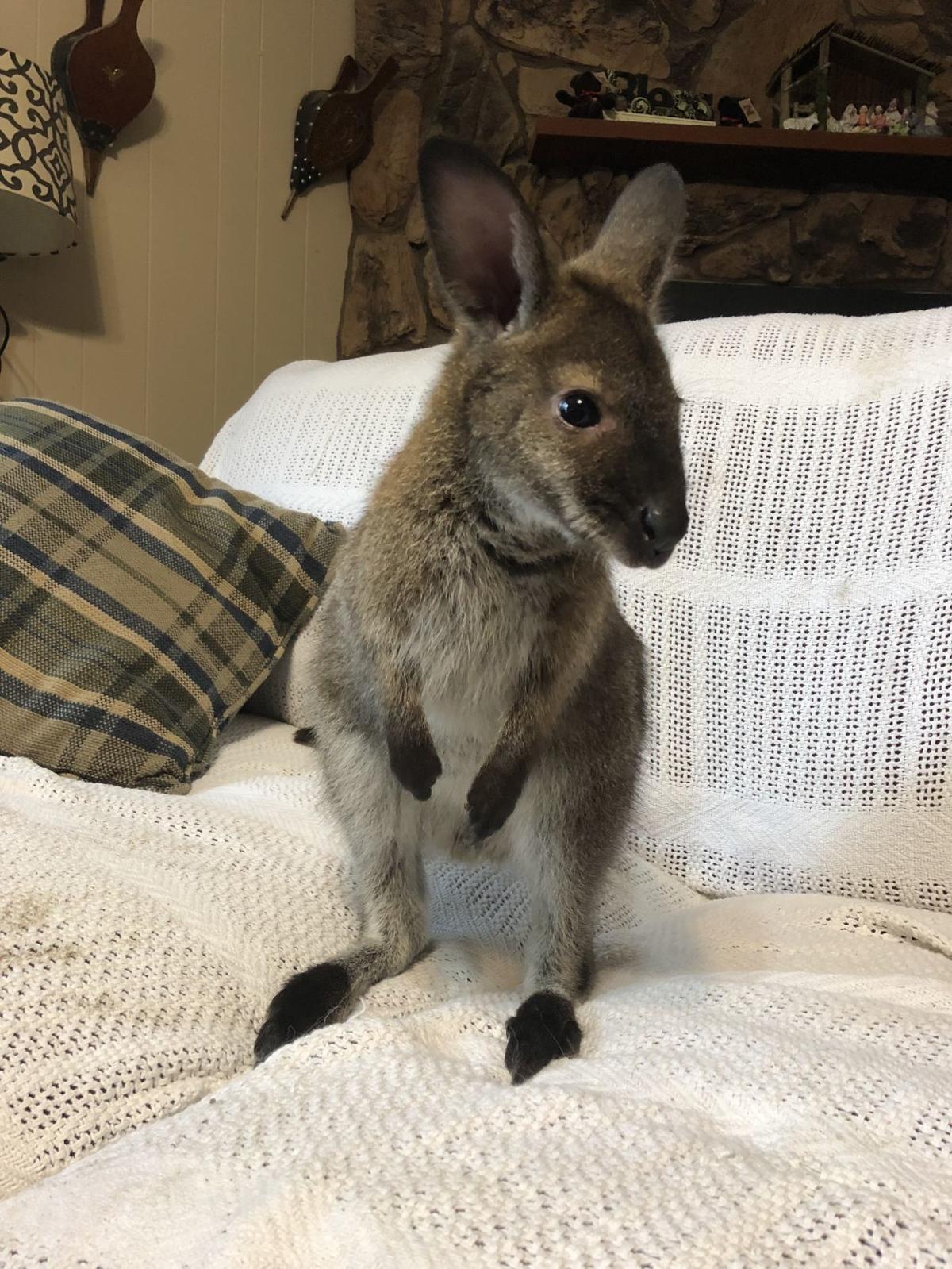 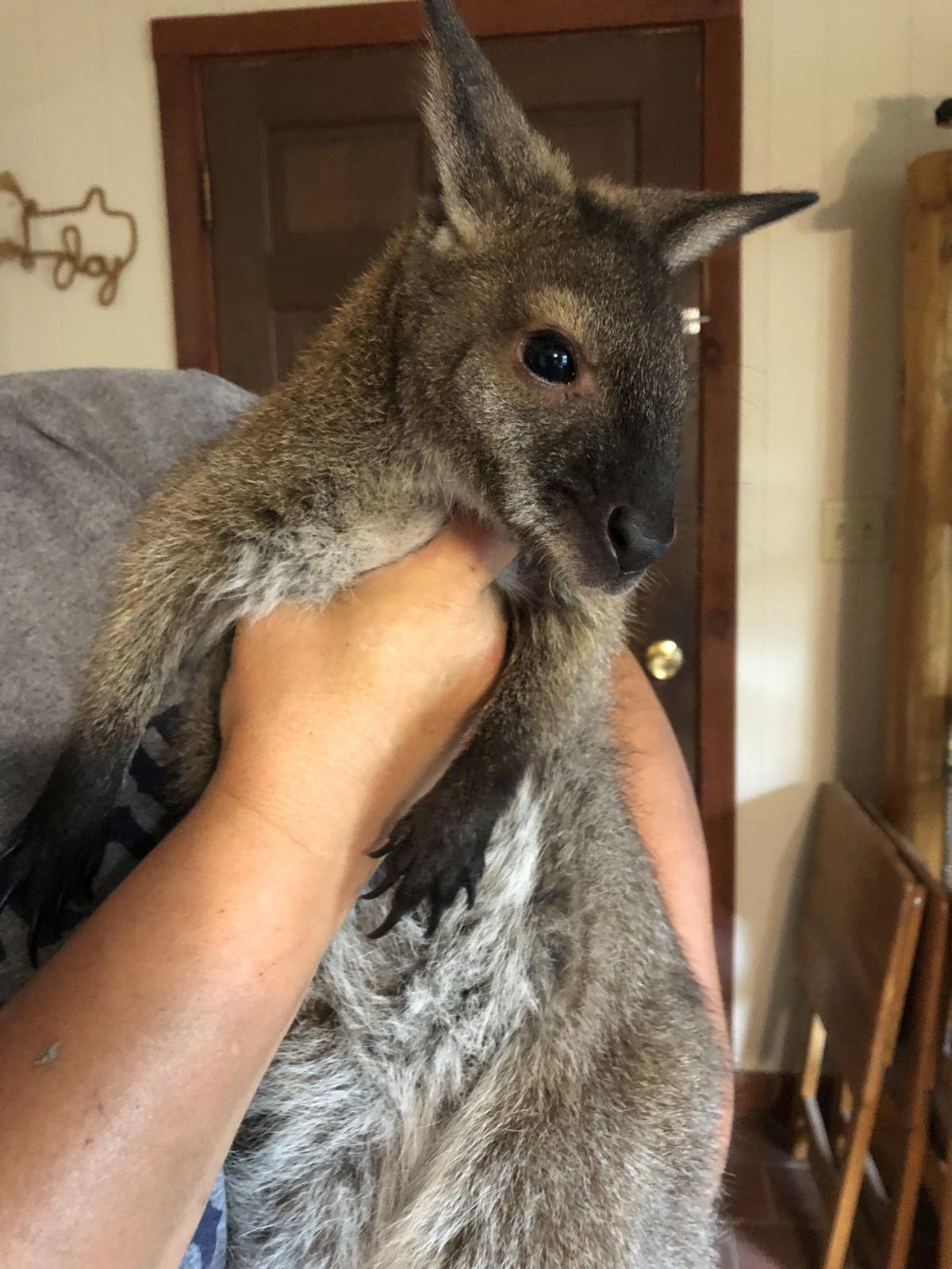 In the corner of Joy Bartling’s living room, behind a couple of mewling kittens and a handful of dogs, sits a run-of-the-mill kennel with a not-so-run-of-the-mill resident.

The 6-month-old named Willis arrived at Scatter Joy Acres in north Omaha over the weekend. Willis is the latest in a string of new faces to the farm. In the past month, they’ve welcomed an ostrich named Oscar and a tortoise named Conchi.

Willis came from a family in Wisconsin who planned to bottle-feed and raise the wallaby; they soon realized that would be too much work, Bartling said.

The walla-baby weighs in at about 10 pounds and measures about 18 inches long. His tail, which helps him balance and hop, is about 1½ times the size of his body. When fully grown, Willis could end up being about 3 feet long. He is a Bennett’s wallaby.

Willis has already made a special visit to a senior center. He lounged in residents’ laps and later hopped around the room, much to their delight. This weekend, he’s booked an appearance at a surprise birthday party.

“How many people have seen a wallaby?” said Bartling, executive director and founder of the farm.

At home, Willis spends most of his time sleeping. When he’s being held, “he just rolls right into your arm,” Bartling said. The wallaby hops around with the family dogs in the living room and onto the furniture. This week, he hopped next to Bartling, and they watched the movie “Madagascar” together.

“It was like he was a little kid,” she said.

The wallaby will likely join the ranks of dromedary camels Zebediah and Nyles as a “spokesanimal” for the farm. Zebediah and Nyles often cruise public sidewalks to visit and pose for selfies with people. Once Willis gets a little older, he will learn to stay calm around loud noises and wear a harness. Then he will take walks of his own, Bartling said.

[Read more: Omaha farm offers animal-assisted therapy to those who need cheering up]

“When I go to the zoo, I like to see the big cats and I think how cool it would be to pet them,” Bartling said. “Here, you get to experience the what-ifs. People can feel the ostrich feathers and pet Willis.”

Remington doesn’t swing a bat or run the bases, but he’s an important part of the North Carolina baseball team.