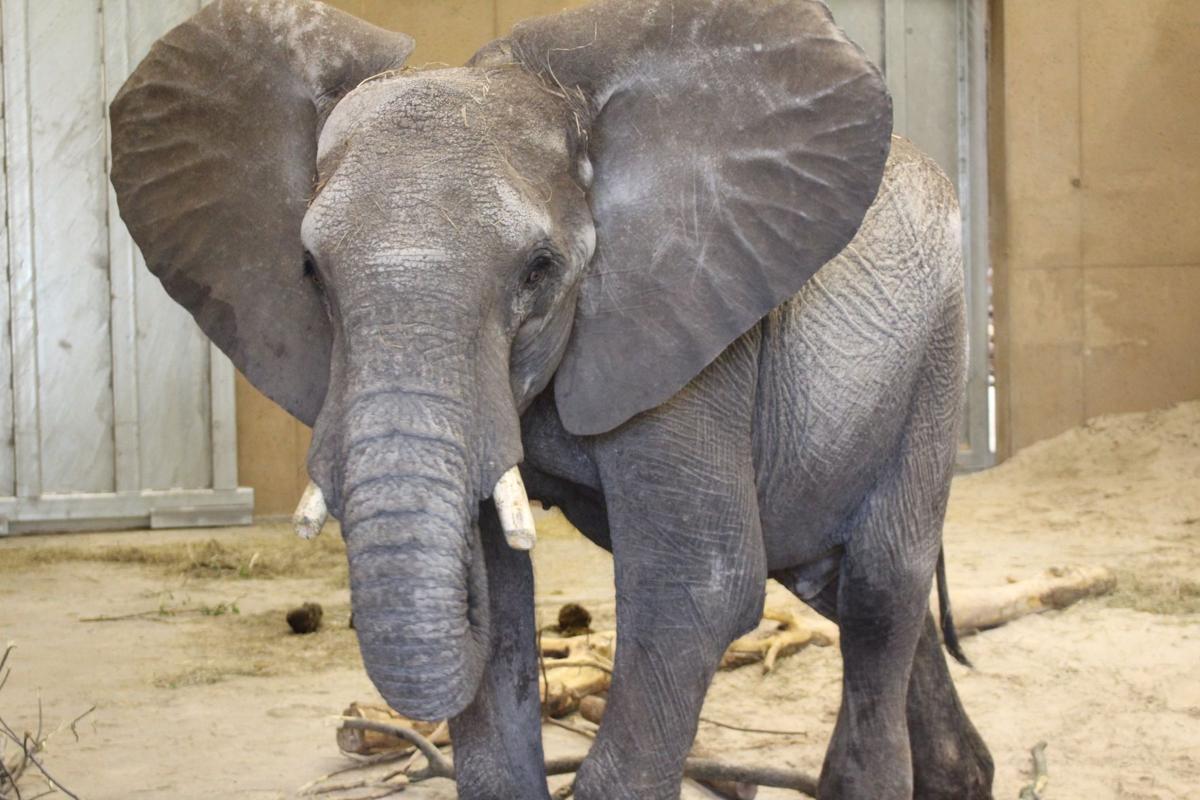 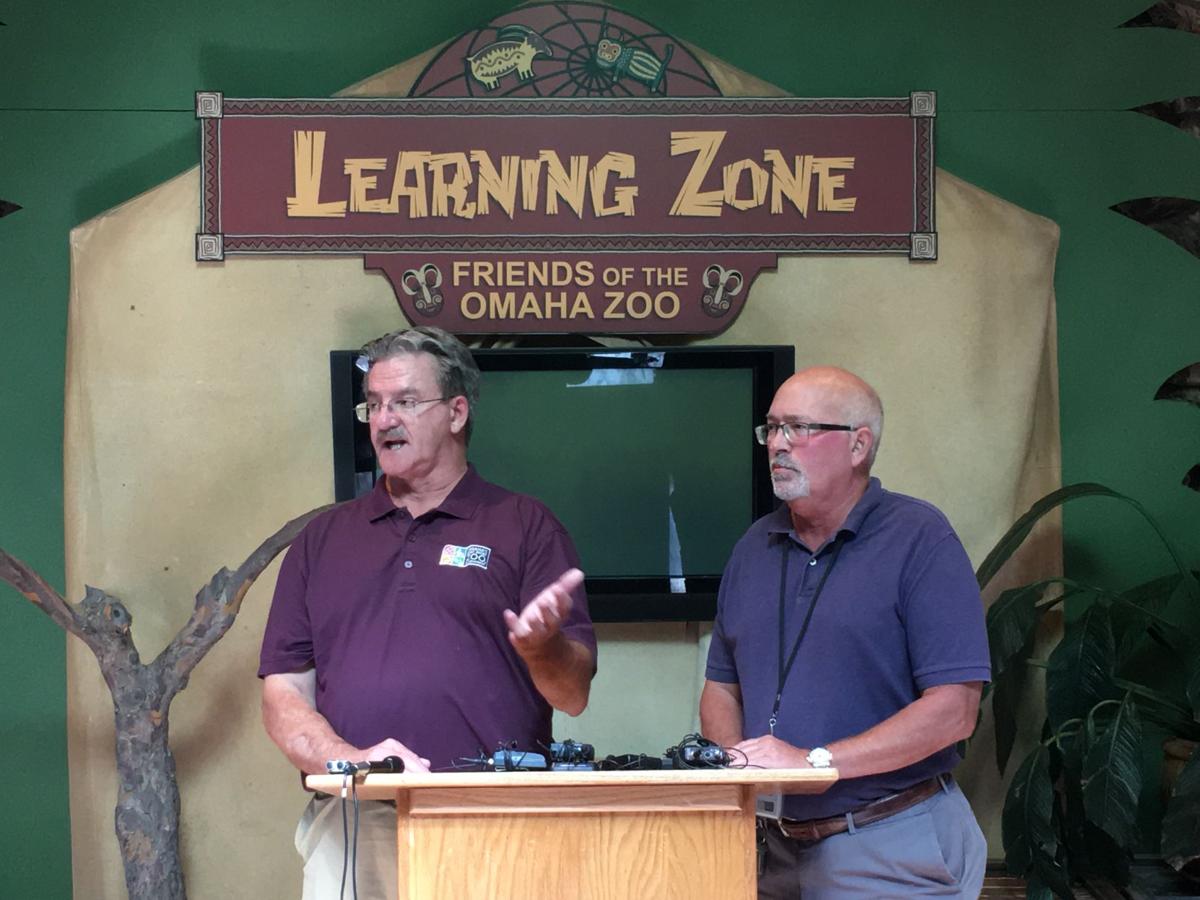 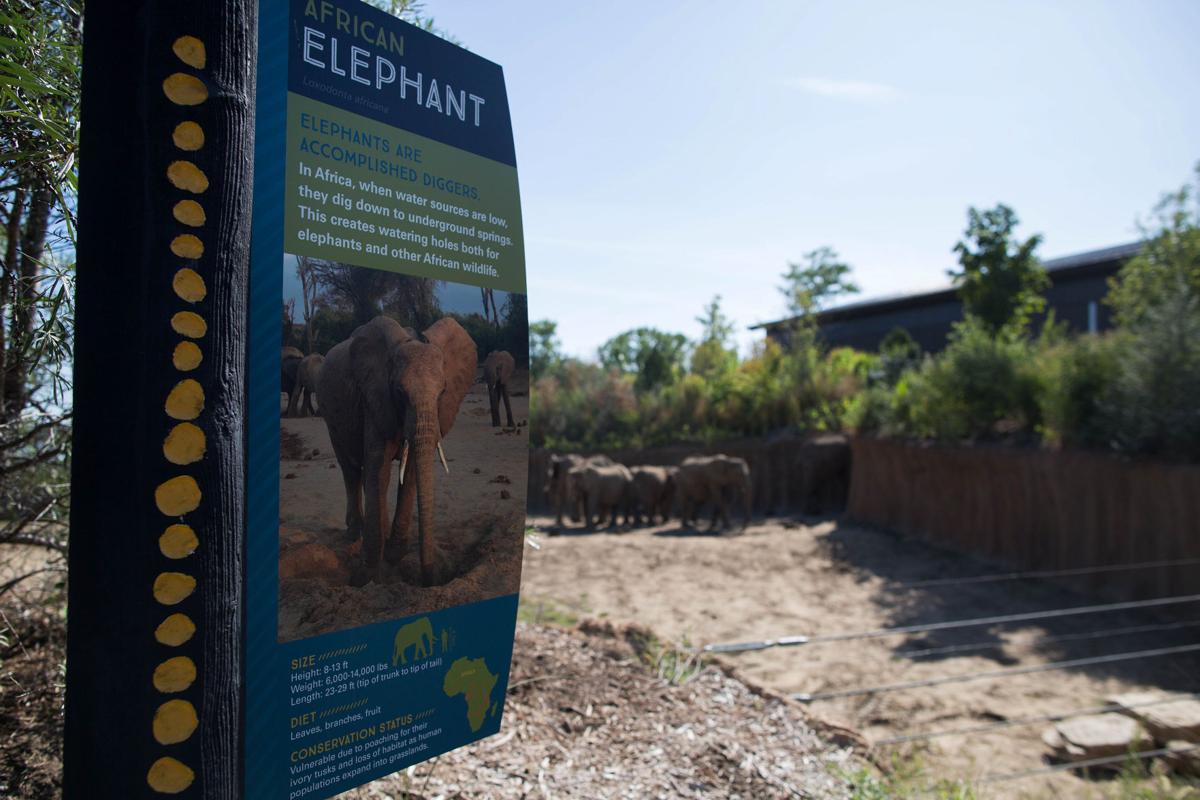 Elephants walk around in their enclosure at the Henry Doorly Zoo's African elephant exhibit in September. 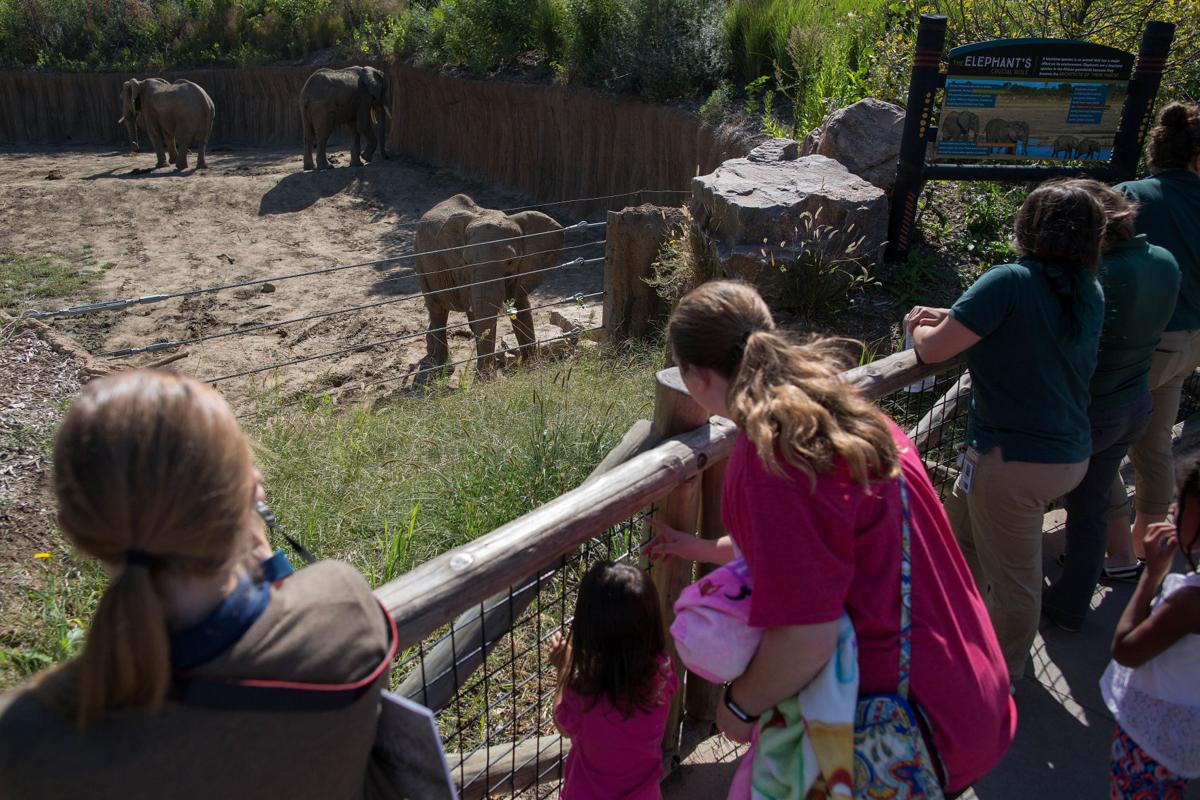 People gather to watch the elephants in their enclosure at the Henry Doorly Zoo's African elephant exhibit on Thursday.

Elephants walk around in their enclosure at the Henry Doorly Zoo's African elephant exhibit in September.

People gather to watch the elephants in their enclosure at the Henry Doorly Zoo's African elephant exhibit on Thursday.

Zookeepers closed the elephant barn to the public on Thursday and ushered in the herd. The Henry Doorly Zoo & Aquarium’s six remaining elephants slowly approached their fallen brother.

Warren lay cold on the sand. One by one, his herd mates cautiously walked up and touched him.

“I’ve never seen anything like it in captivity,” said Dan Cassidy, the zoo’s general curator.

Warren, one of six elephants imported to Omaha from Africa in 2016, died during a procedure on Thursday, to the shock of the zoo’s veterinarians. He had been the lone male in Omaha’s herd until the arrival of Louie this summer.

On Thursday morning, he was anesthetized for a procedure to create protective caps for cracks in his tusks. Cracks were spreading toward the roots, and zookeepers feared an increased risk of infection. Staff had been training him to volunteer his tusks for casting — which would have averted a need for anesthetization — but the spread of cracks had outpaced his training.

Veterinarians anesthetized Warren at approximately 10 a.m. Thursday. Twenty minutes into the procedure, he stopped breathing. Zoo vets took emergency measures, but they were unable to revive him.

Aged somewhere between 8 and 9 years, Warren was a relatively young elephant.

“This was totally unexpected,” Cassidy said. “It’s always more difficult when it’s an animal that is a particularly intelligent animal, like the elephant, that you develop a strong relationship with. Especially one that had a lot of personality like this guy.”

The zoo's director of animal health, Dr. Doug Armstrong, said he has been part of a team involved with 44 elephant immobilizations, and only one other resulted in a death, about 30 years ago. There's always a risk that something could go wrong, and the team realizes that risk going in.

Warren was a quick learner and a tough guy. He was set to breed with several elephants in Omaha once he reached breeding age, and he could have been transported to other zoos later in life to share his wild elephant DNA, which is rare in American zoos.

Warren was part of an import of 17 elephants last year from Swaziland to zoos in Omaha, Wichita and Dallas. When six of those animals arrived here in March 2016, it ended the zoo’s five-year drought without elephants. The African Grasslands exhibit, the elephants’ home, is the largest exhibit at the Omaha zoo.

Because of the difficulty, expense and risk involved with transporting elephants, Cassidy said, the zoo has no plans to add another male. In June, the zoo added a second breeding male, Louie, from a zoo in Toledo, Ohio.

The zoo has reached out to the University of Nebraska State Museum to donate Warren’s remains. If Warren doesn’t go there, his remains will be buried on zoo grounds.

Warren will be remembered as a tough guy who would kick sand at zoo staffers to try and establish his dominance. He liked to spar with other elephants in the herd, especially Claire and Lolly.

He suffered a broken leg bone and an ensuing infection after his arrival in Omaha, but he recovered and blended well into the herd. He was named by a donor, and presumably his namesake is Omaha investor Warren Buffett.

“This is a really sad day for staff and volunteers here at the zoo, and I’m sure the public when they learn about it,” Cassidy said. “Warren was one of their favorites.”

The elephant exhibit should be open again today, Cassidy said. There are no plans for formal services, but he said zoo visitors can leave flowers or drawings at the elephant building, if they wish to pay their respects.

The zoo is conducting a necropsy — an animal autopsy — to discover the cause of Warren’s death. Results may take several weeks. Armstrong said his team plans to evaluate its procedures, but he said he was confident that they were practicing “high quality medicine.”

The herd won’t quickly forget about Warren. Elephants in the wild often return to the site of a family member’s death for a year or two afterward, Cassidy said. And five of Omaha’s six remaining elephants came from the wild.

“I suspect tonight, we’ll see more bonding,” Cassidy said Thursday. “And they probably will be looking for him.”

One year ago a group of African elephants made the journey to three zoos in the United States. Six of the elephants came to the Henry Doorly Z…

Louie the elephant is leaving his home at the Toledo Zoo to move to Omaha, where he will get a chance to breed with the Henry Doorly Zoo &…

1 year later, elephants have made Omaha zoo their home – but staff doesn't want them to lose their wild side