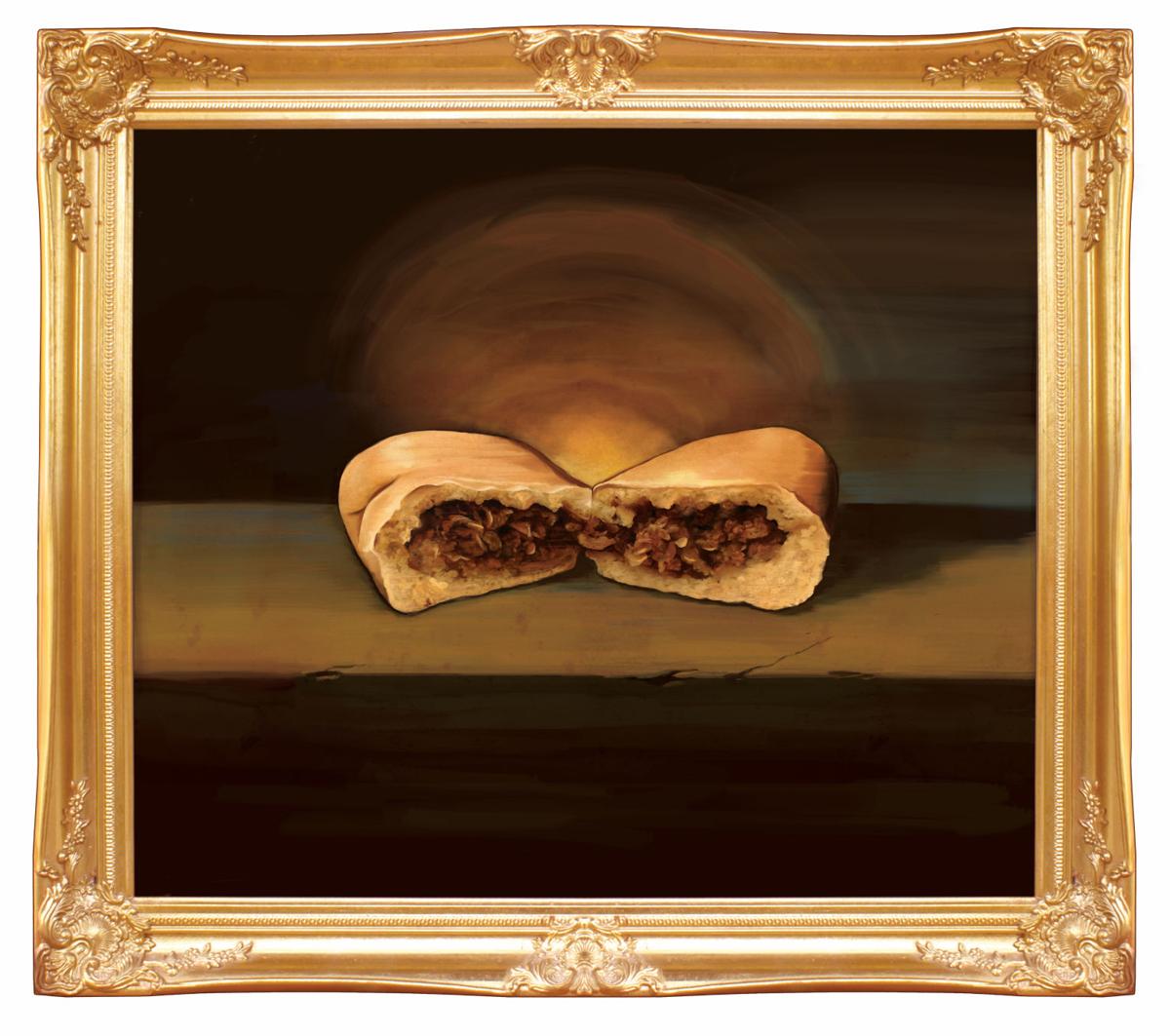 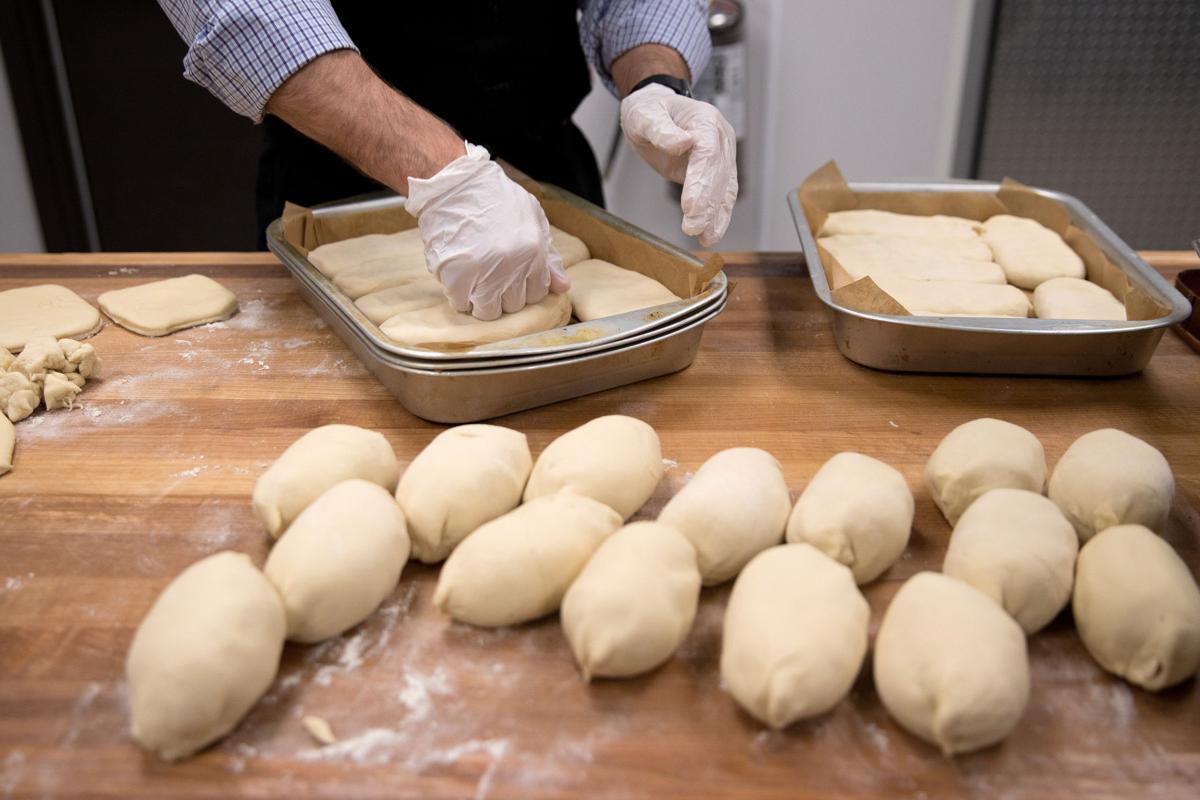 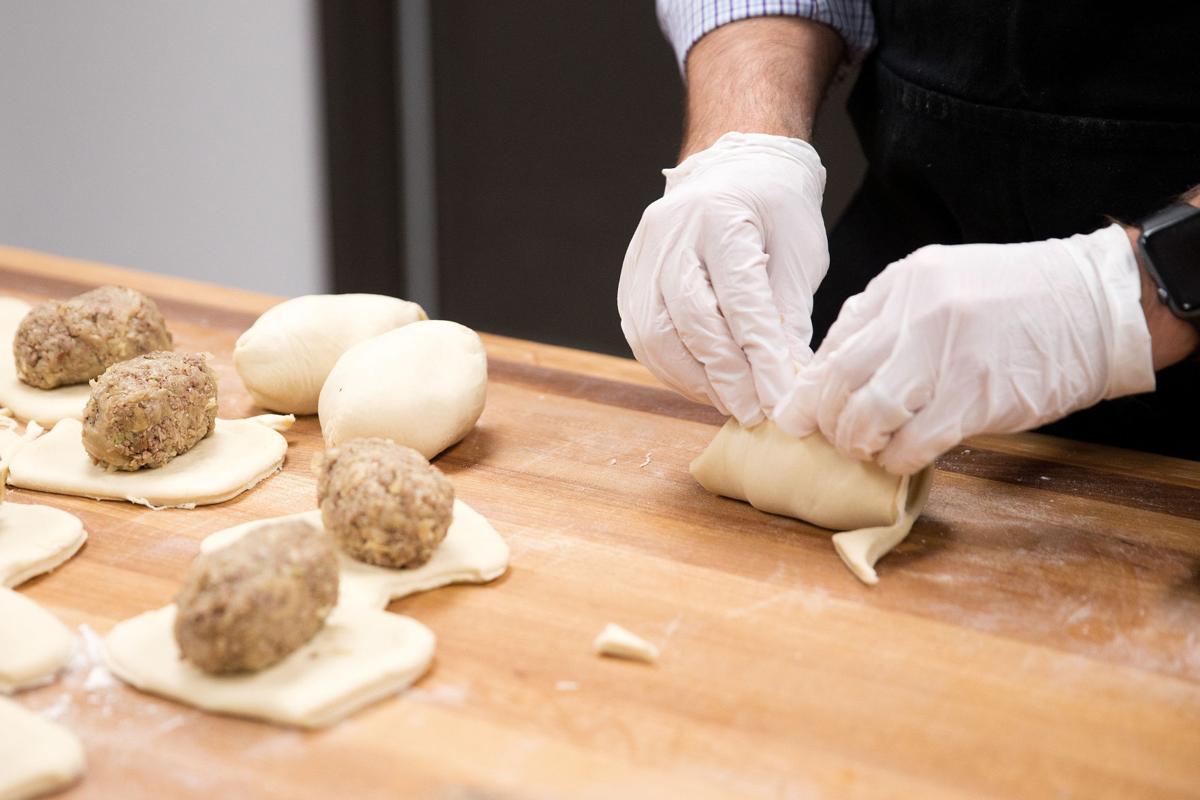 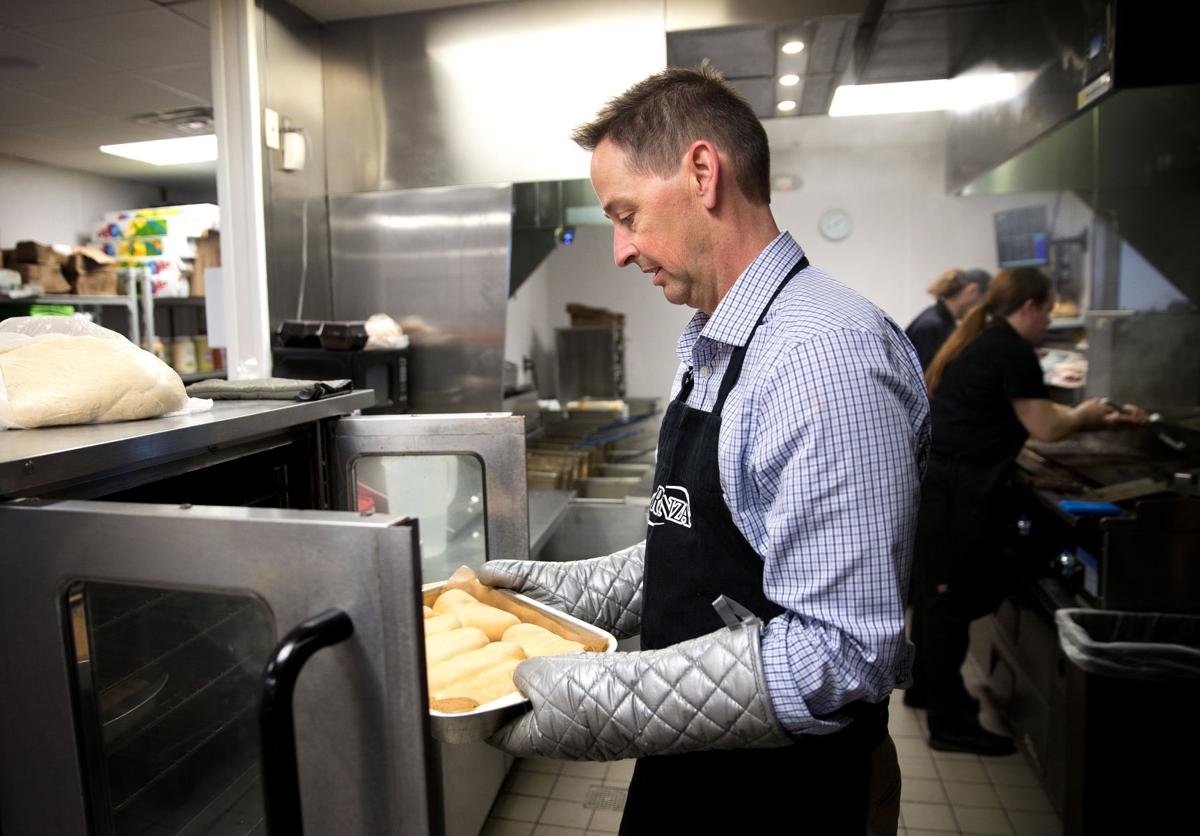 Donald Everett Jr. pulls Runzas out of the oven. 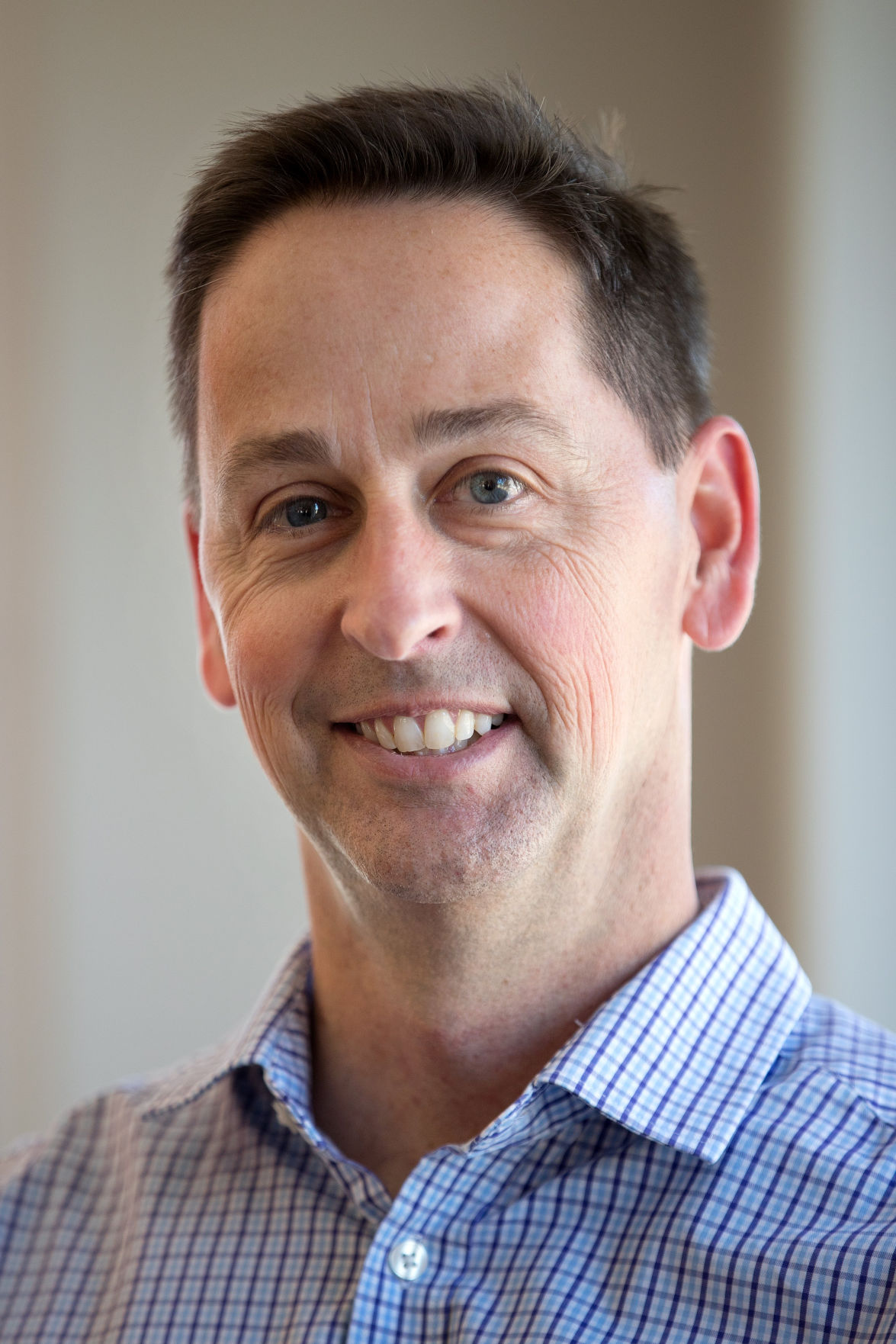 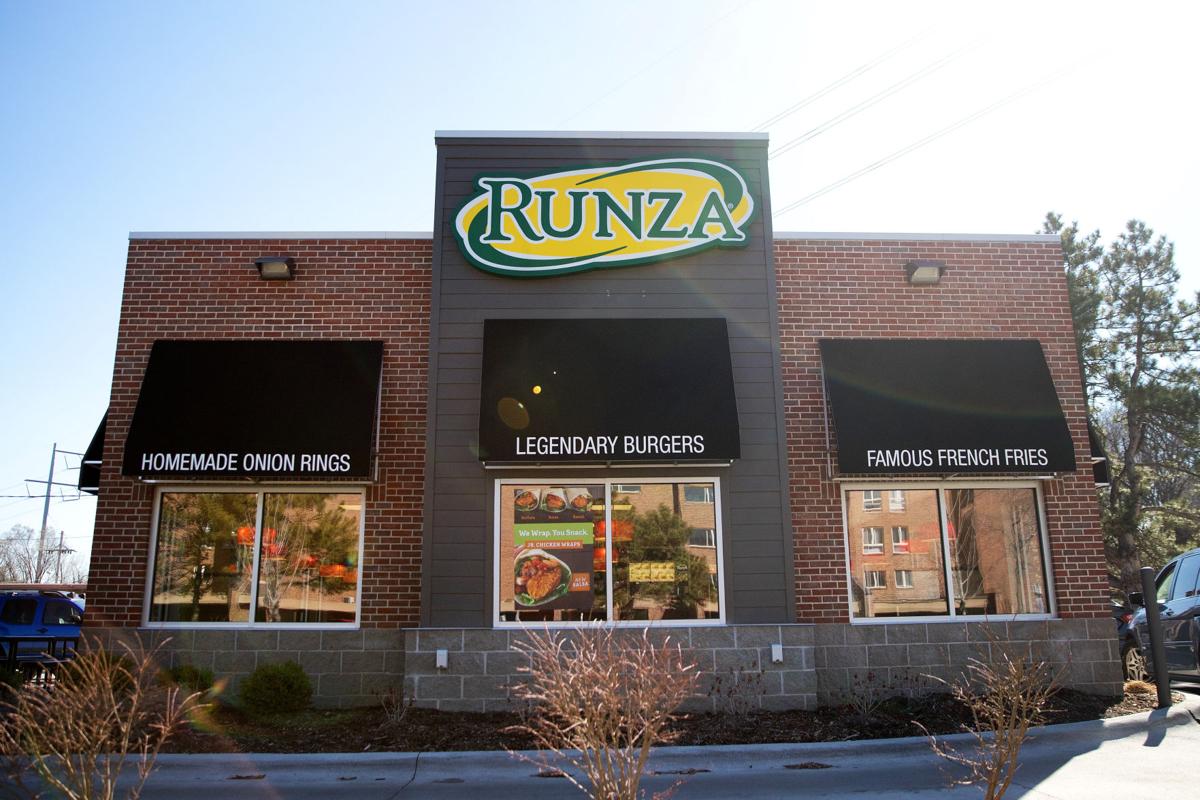 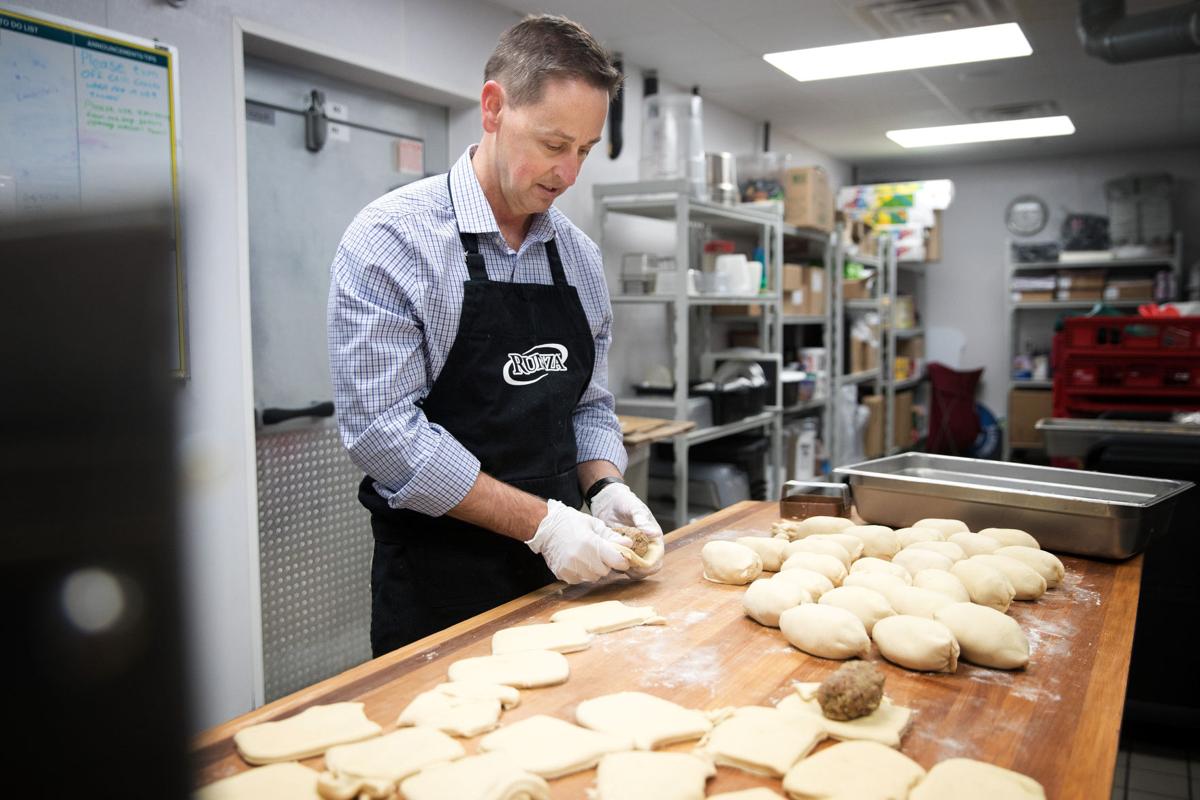 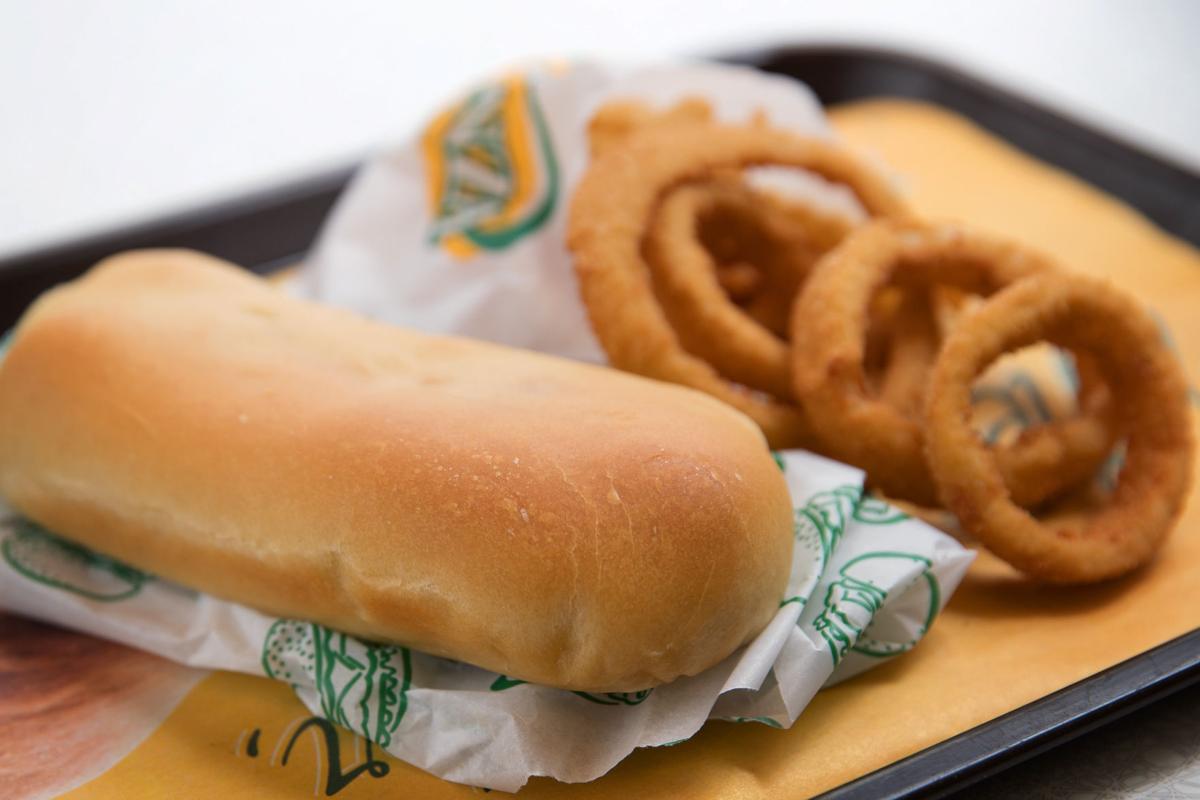 An original Runza with a combination of onion rings and fries

Donald Everett Jr. pulls Runzas out of the oven.

An original Runza with a combination of onion rings and fries

McCOOK, Neb. — The number of tried-and-true, deep-rooted Nebraska food classics are few, but the ones we really love are rich with flavor.

And then there’s that lovable warm bun stuffed with peppery beef, wilted cabbage and long-sauteed onions.

The tale of that beloved Nebraska meat pocket — sometimes called a bierock — is about much more than a sandwich you’ve ordered in a drive-thru or inhaled during halftime of a frigid Memorial Stadium football game.

It’s a story that stretches from Omaha to McCook, where four generations of bakers have served it in their small-town cafe.

It’s a sandwich that residents of 49 other states won’t recognize. But once a Nebraskan sinks her teeth into one, the recognition is instant: This is a Runza.

You walk into the Sehnert’s Bakery and Bieroc Cafe and think, “This is exactly what a small-town cafe should look like.”

There are cafes like this all across this country, and each one draws us back with comfort food and a feeling of home.

But look closer at the Sehnert’s menu and you will find something else, something oh-so-Nebraska: that sandwich with the filling of ground beef and onions.

Sehnert’s makes its version of the Runza or bierock with sauerkraut and a crustier bread exterior than you will find at the better-known Runza Restaurant chain.

“Everybody, every restaurant, takes a dish and makes it their own,” said Matt Sehnert, the fourth-generation baker at his family’s restaurant. “That’s what we did.”

That’s what Nebraskans did. We took a sandwich that once belonged to a few and made it ours.

Let’s go back to the beginning of this story, which happens to be around 1760.

That’s the year that Catherine the Great, a German princess before she married into the Russian royal family, invited Germans to move to Russia.

Catherine promised that men wouldn’t have to serve in the army, that families could live tax-free for 30 years and that they could live in their own villages with control of their government and schools. Many took her up on the offer and settled in the Volga River valley.

For a long time, Pawelko said, the Germans lived mostly separately. But they did pick up some Russian influences, especially in the kitchen.

The Germans learned of the pierogi, a stuffed dumpling. Their version was most likely filled with meat, onions and cabbage, like the ones we know. The main difference: The Germans used a yeasted bread bun instead of an unleavened one like the Russians.

The stuffed sandwiches were known by a handful of names: bierocks, kraut kuche or kraut bierocks. “Runza” is a version of the low German word runsa, which translates into “bun shape” or the soft shape of a round belly. They were a standard of the diets of field workers and families.

The Germans remained in Russia, running their own communities and presumably happily eating homemade bierocks for about 100 years.

The Germans from Russia did not like this one bit. They sent scouts to a faraway country, where they found they could live freely, on cheap land, with a climate and landscape similar to the Volga River valley.

The central part of a state called Nebraska would work just fine.

Donald Everett Jr. made his first Runza as a teen. He met his wife at a Runza — “a Runza romance,” he said. He’s adept at rolling out a thin sheet of dough and quickly cutting it into rectangles with an oblong Runza-shaped dough cutter, because he’s done this thousands of times. This is a family recipe, after all, even though it’s also the recipe that an entire state has been eating for 68 years.

He grabs a “football,” the kitchen’s name for a hand-shaped oval of meat and cabbage, and wraps it into the dough, pinching the edges shut.

The Runzas get tucked into pans, and he punches each one down by hand before sliding the pan into an oven, where the runzas bake for 45 minutes.

“It’s quite a process,” Everett said. “This can’t be done fast.”

It also took time for Germans from Russia — some of them Everett’s ancestors — to get here. The Brening family was one of many that moved from the Volga River valley to areas near Sutton and Henderson, part of a much larger German migration that today means more Nebraskans claim German heritage than any other, said David Drozd, a University of Nebraska at Omaha demographer.

The daughter of one of those immigrants, Sally Brening Everett, was born in 1912 and grew up on the family’s farm. Her mother taught her how to make the traditional beef, cabbage and onion sandwich baked in homemade bread, a family recipe.

After her brother came back from World War II, he searched for work. Sally thought a business would be something they could do together, so the siblings, along with Sally’s brother-in-law, took their family bierock recipe and opened a food stand in Lincoln near Pioneers Park.

She tweaked and trademarked one of the dish’s traditional names into the one we all know today: Runza.

“She didn’t invent the recipe,” Everett said, “but she did invent her own version of the recipe. People from that part of the world were accustomed to making bierocks, and she apparently was quite adept at making them.”

Aside from the signature sandwich, which sold for 15 cents, the menu also included hamburgers, french fries, Polish and foot-long hot dogs and knackwurst. The list is fairly close to what Runza still serves, said Everett, who runs the business today.

“It was a different time back then,” Everett said. “It wasn’t so typical for a female to start her own business. And she wasn’t just an entrepreneur. She was a mother to four children and ran the household, too.”

In 1966 Everett’s father and Sally’s son, Donald Sr., opened a second Runza at 56th and Holdrege Streets in Lincoln. The first franchise location opened in Grand Island in 1979. Today there are 78 Runza locations in Nebraska, two in Kansas and one each in Council Bluffs and Clarinda, Iowa, and Colorado.

The Sehnerts, who run the bakery and restaurant in McCook, came to the Runza via a different path.

They aren’t Germans from Russia — “We’re actually from Germany,” Sehnert said — but when his great-grandfather came to Nebraska in the 1800s the family settled in the same areas as the Germans from Russia did. His parents came to McCook in 1957 and opened the bakery.

“The bierock is not really part of our family tradition as much as it is part of this area’s tradition,” he said.

There’s the sauerkraut, a touch Matt’s father added. Their version also uses less dough and leaves the ends of its version open, resulting in meat in every bite. They’re still made by hand.

Runzas served at Runza restaurants and at Memorial Stadium are still made by hand, too, ready for when the restaurants open at 10:30 a.m., or by game time.

If you ask, Everett will muse on exactly why the Runza, of all things, has become so popular over the years, and so synonymous with Nebraska.

The Germans and Germans from Russia who still live here are one reason, he surmises. They have a deep appreciation for the bierock and are in part responsible for why we’re eating them today.

“But also,” he said, “Nebraska is kind of scrappy. We don’t have the mountains or the ocean. What can we own that’s still our signature thing? The Runza.”

At any given Nebraska Cornhuskers home football game, roughly 9,000 fans — and sometimes as many as 15,000 — eat Runzas. Donald Everett Sr. is the reason why.

In the 1960s he started parking an old mail truck he’d outfitted with an oven outside the stadium to sell Runzas. Think of it as an ahead-of-its-time food truck.

Though he’d played football at Nebraska he didn’t use the people he knew to make a connection, his son Donald Jr. said. He simply pulled into a lot nearby and set up shop.

“Ultimately, (Coach Bob) Devaney and others said ‘Come inside and sell the Runzas,’ ” he said.

At the stadium, the sandwiches are baked on-site. And the colder the weather, the more Runzas fans gobble down.

Where to find bierocks in Nebraska

This bakery serves cabbage burgers, a version of the bierock. They’re available daily.

Seventy-eight Nebraska locations, and also two each in Iowa and Kansas and one in Colorado. Visit runza.com.

Runza serves the classic version, along with variations such as cheese, Swiss mushroom, spicy jack and Southwest. It will also ship frozen Runzas around the country to bake at home.

The bakery, celebrating 60 years this year, serves bierocks with a crustier bread exterior and with either cabbage or sauerkraut in the filling. They’re available daily.

Tina’s serves the Go Cart, the cafe’s version of a stuffed bierock, as a regular special. Check its Facebook page (facebook.com/tinascafeandcatering/) to see when it’s available.

Food critic Sarah Baker Hansen is from Omaha. Columnist Matthew Hansen grew up in Red Cloud. As a married couple they travel Nebraska to share…